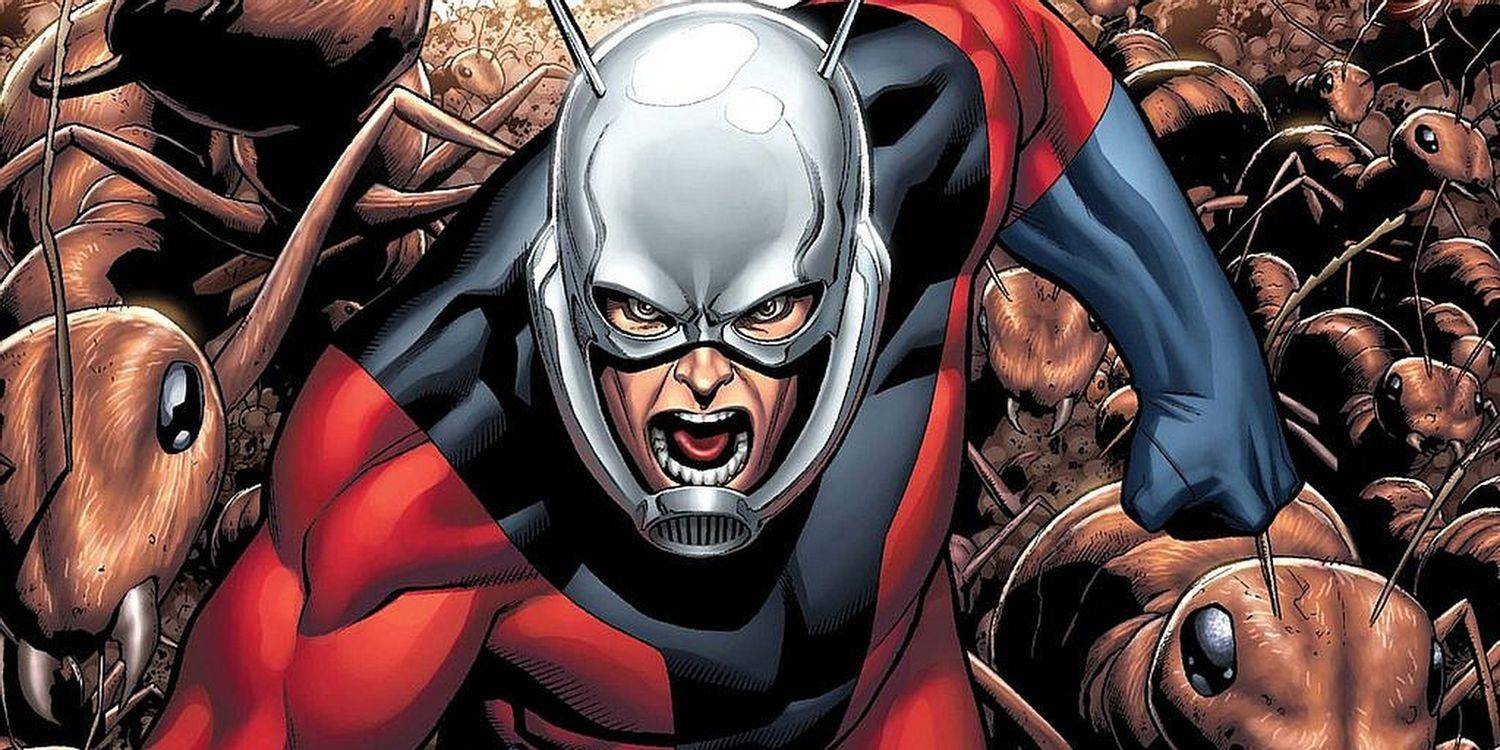 When you have brainpower, who needs superpowers? Of course, this isn’t totally accurate. There is nothing that compares to the imagined benefits of superhuman ability. However, without the intelligence or intellect to put them to good use, or the characteristics to fall back on when your superpowers fail you, simply being a superpowered human may not be enough to establish you as a someone not to be trifled with.

Marvel Comics’ geniuses clearly value intelligent characters, as their sensational stories are frequently populated by brainy heroes and villains, some of whom have risen to be counted among the Marvel Universe’s most formidable figures based on their intellectual strengths rather than their superpowers, if they even had any. However, because intelligence is measured differently in real life, Marvel’s super-geniuses are not necessarily on an equal footing. 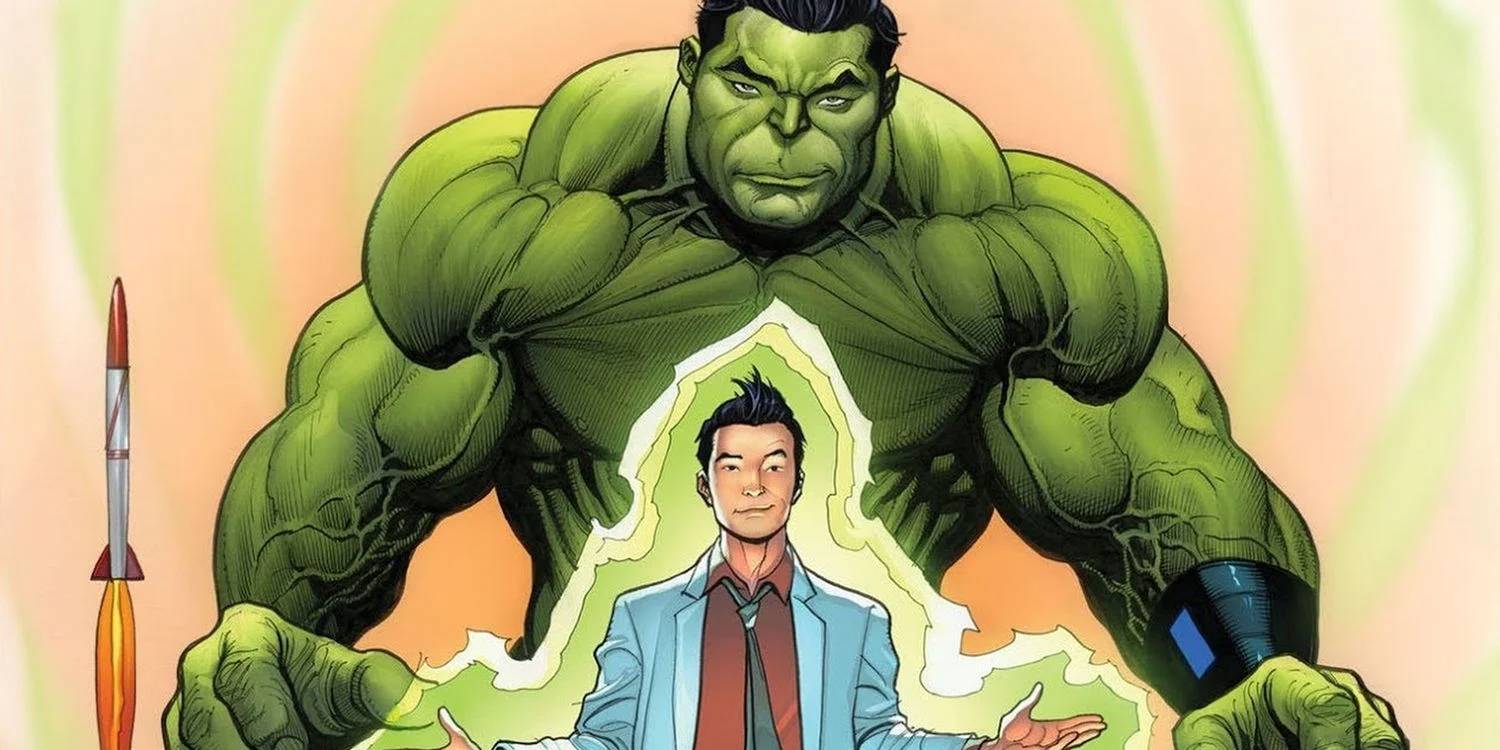 Because of his extraordinarily high I.Q., Amadeus Cho was targeted by a hostile entity as a teenager. Cho was rescued from his pursuers while on the run by the Hulk, whom he idolized from then on. Cho finally figured out how to imitate the Hulk’s gamma transition and take on a form that resembled his.

Cho’s mind remained his most powerful attribute, despite his newfound power. Cho, like a supercomputer, is capable of doing a large number of difficult calculations at the same time, in record fast, and with little help. Other Marvel brainiacs have praised his analytical, problem-solving, and pattern-recognition abilities, which are potentially unrivaled. 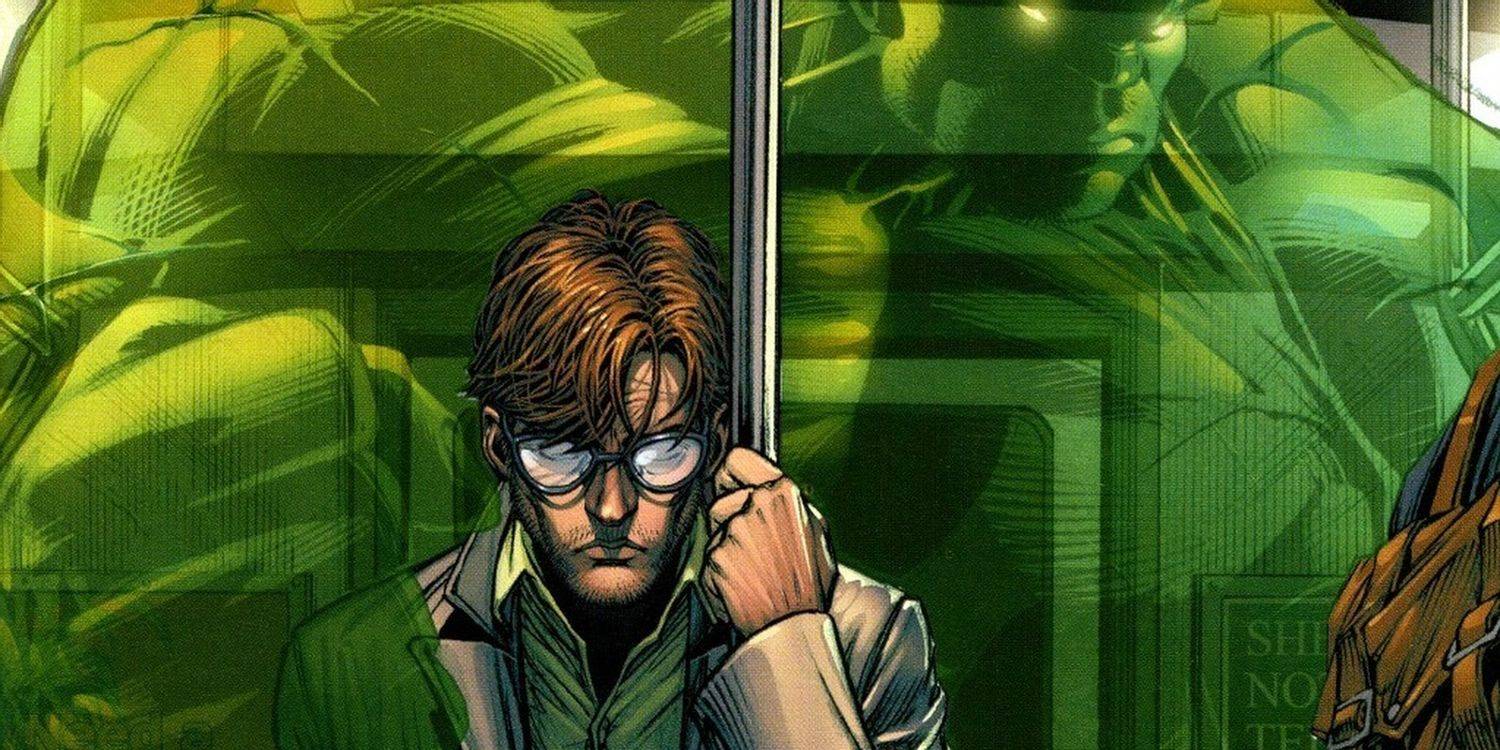 Dr. Bruce Banner, a distinguished theoretical physicist who specialized in nuclear physics and gamma radiation, is the man behind the green, rage-filled, and unimaginably strong beast known as the Hulk. Banner’s amazing, emerald-skinned doppelganger was born as a result of his massive and unintentional exposure to the latter in an experimental explosion.

Banner, like the Hulk, is a brute with a lot of physical strength, but he’s also a human with a lot of brains. Banner’s intelligence is considered to be on a level that cannot be measured by regular measures. Banner’s scientific knowledge extends beyond his field of specialty to biology, medicine, and even computer science.

Henry “Hank” Pym was a maverick biologist who produced a serum that could perform the unthinkable. His discovery of subatomic particles with size-altering characteristics, which he refined into a chemical compound, sealed his place among the finest scientists who ever lived. He could shrink to the size of an insect or expand into a behemoth of proportionate mass and strength using these “Pym Particles.”

Pym has used his unique discovery in a variety of costumed identities over the years, the most well-known of which being Ant-Man, Giant-Man, and Yellowjacket. He’s also shown expertise in a variety of other subjects, including nanotechnology, quantum physics, robotics, and artificial intelligence, the latter two of which led to him unwittingly creating the powerful supervillain Ultron. 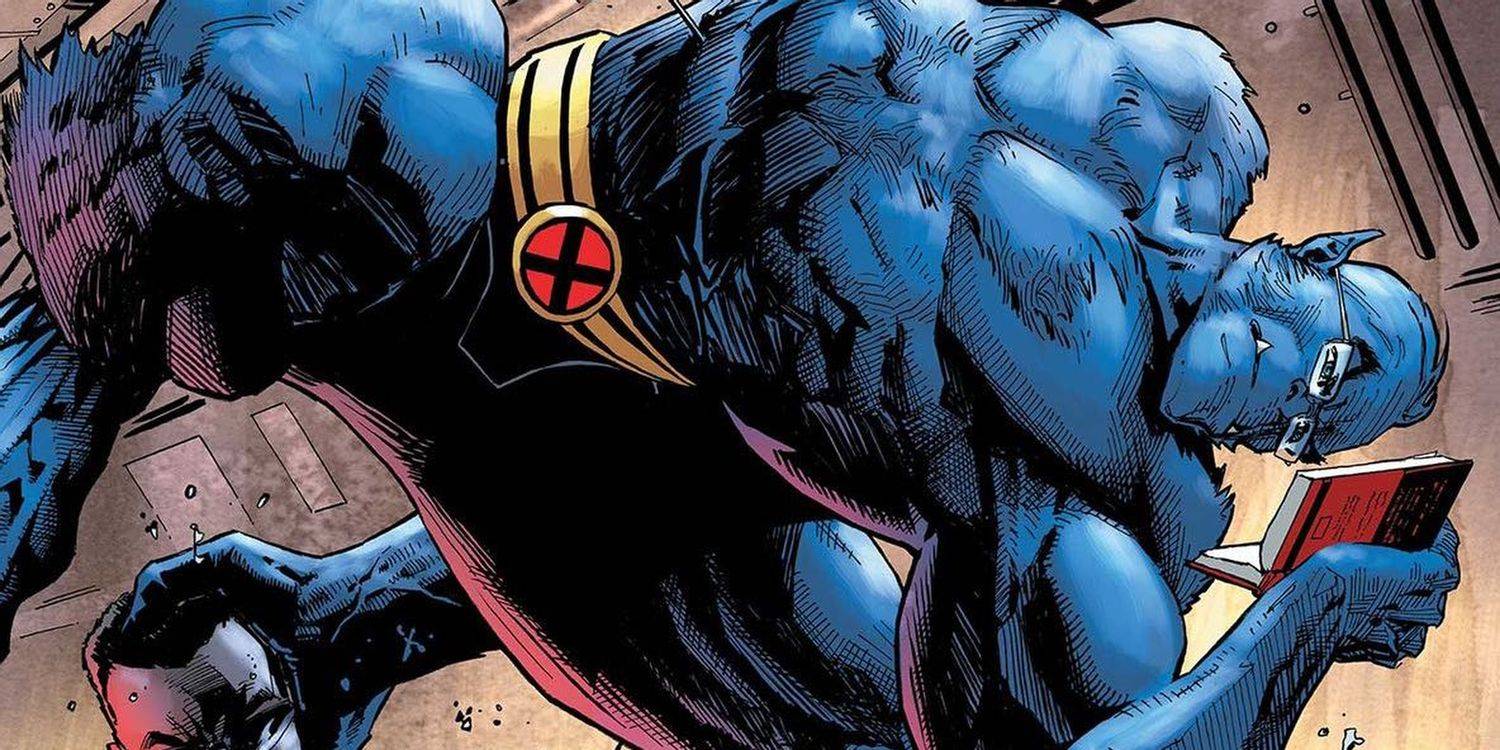 Despite the fact that the X-enormous Men’s universe is replete of brilliant thinkers like Henry “Hank” McCoy’s mentor Charles Xavier and their old antagonist Magneto, McCoy, better known by his superhero moniker “Beast,” nevertheless stands out among the greatest.

Beast is a mutant with tremendous physical talents deserving of his name, but he is just as much intelligence as he is brawn, if not more. He has served as the X-medic Men’s and technician, and is an outstanding polymath with specialties in biochemistry, genetics, and electronics. His technological achievements are impressive, but he is perhaps best known for discovering a treatment for the Legacy Virus, a lethal epidemic that threatened the mutant population. 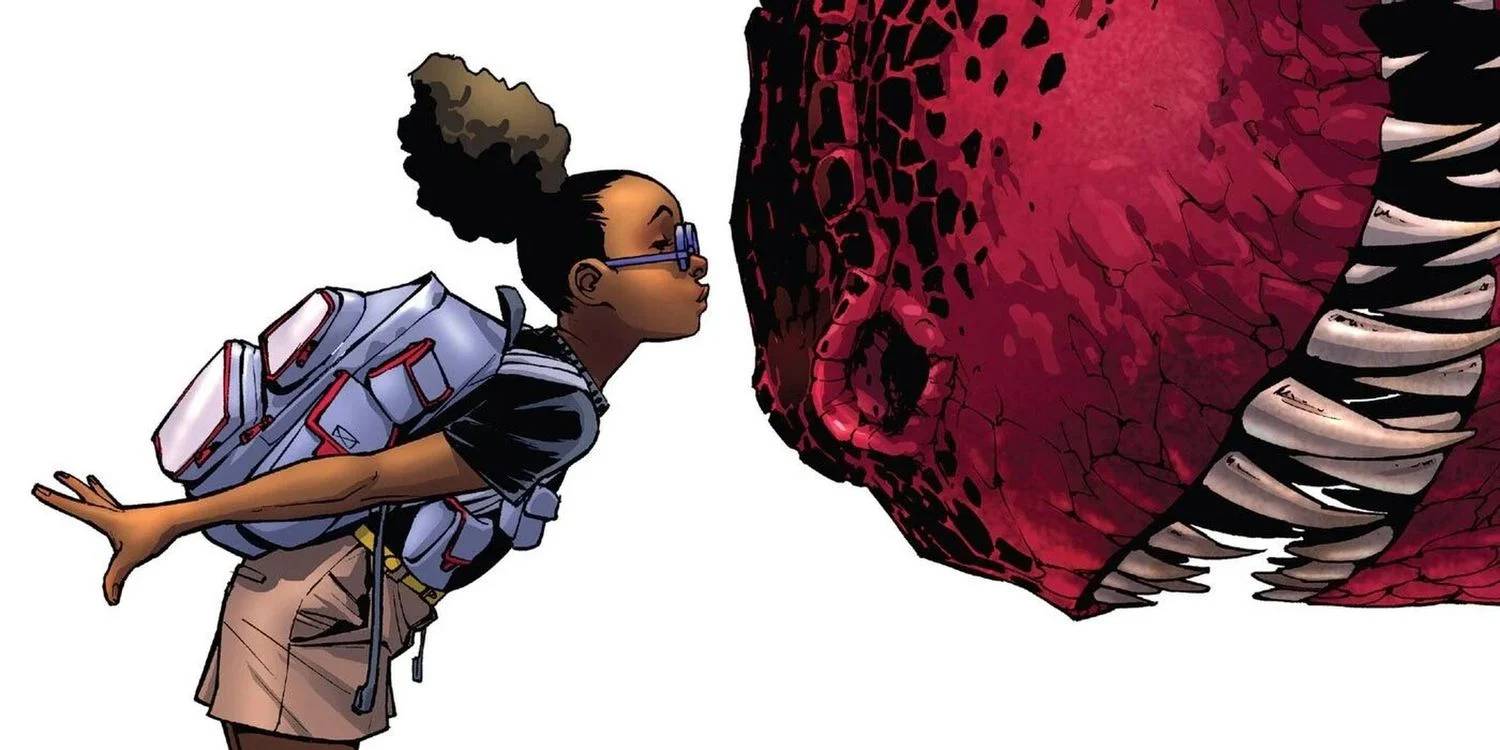 Lunella Lafayette, dubbed “Moon Girl” for her daydreaming, was a pre-teen girl with a brain that was too big for her little town. She built her own secret laboratory beneath her school, complete with the products of her tinkering, because she was a dedicated inventor. Lunella unites with the interdimensional Devil Dinosaur after one of her creations mistakenly summons the beast after a sequence of escapades.

Her dormant Inhuman DNA would later activate, allowing her to swap consciousnesses with Devil Dinosaur based on her emotional state. Needless to say, that pales in comparison to her intelligence, which was discovered after Lunella finished the Banner B.O.X., a test that no other super-genius on Earth, even Bruce Banner, had ever done. 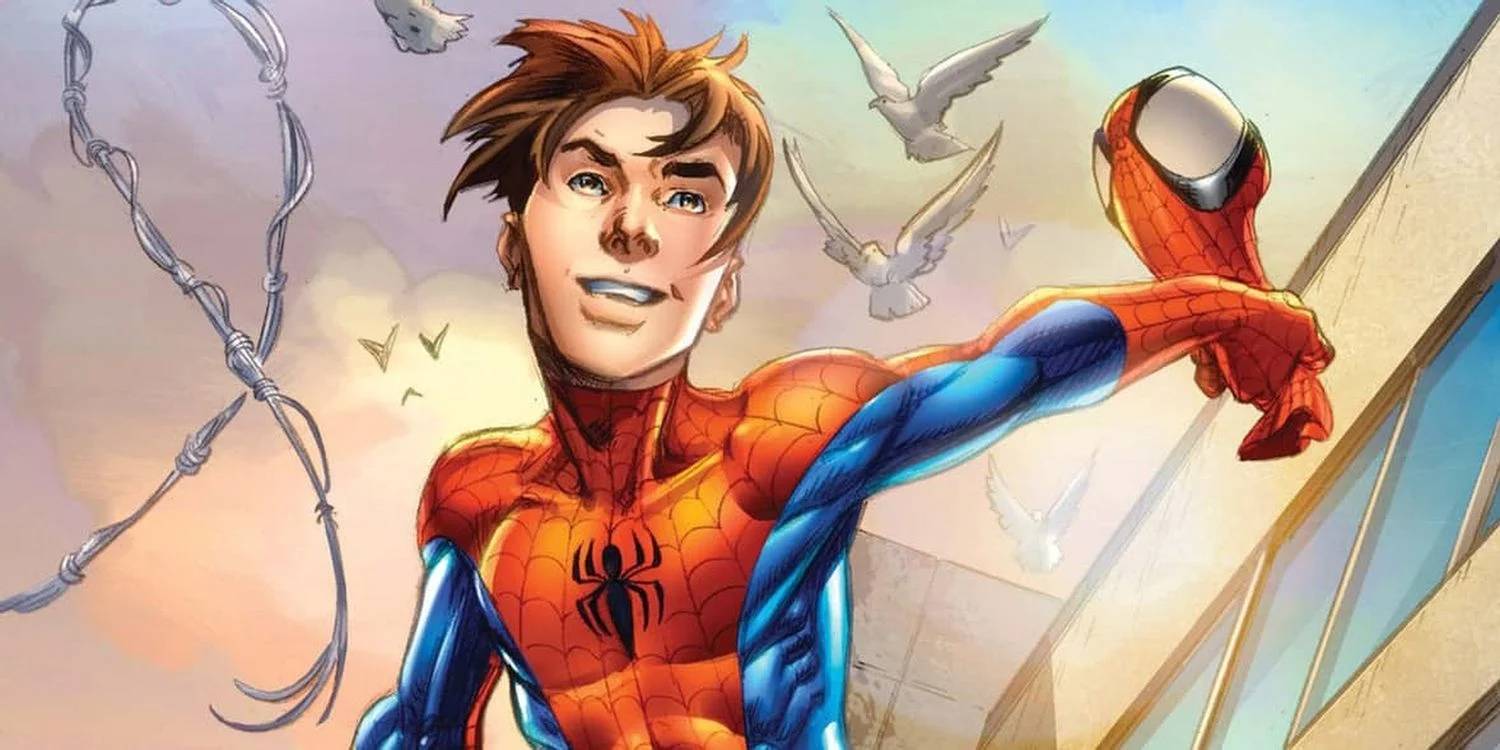 Peter Parker was a student with a natural flair for science who exhibited it throughout his high school and college years before becoming everyone’s friendly neighborhood Spider-Man. Peter used his skills of chemistry and engineering to build homemade tools that he would use as a crime-fighter, including his distinctive web fluid and web-shooters, as well as tracking devices, when he was bitten by a radioactive spider and gained numerous spider-like abilities.

While he possesses superhuman strength, agility, and foresight, he has had to rely on his intellect in addition to his abilities to outwit his numerous foes. Peter’s brain has been hailed as genius-level since he was a child, earning him plaudits from some of the Marvel Universe’s brightest thinkers. 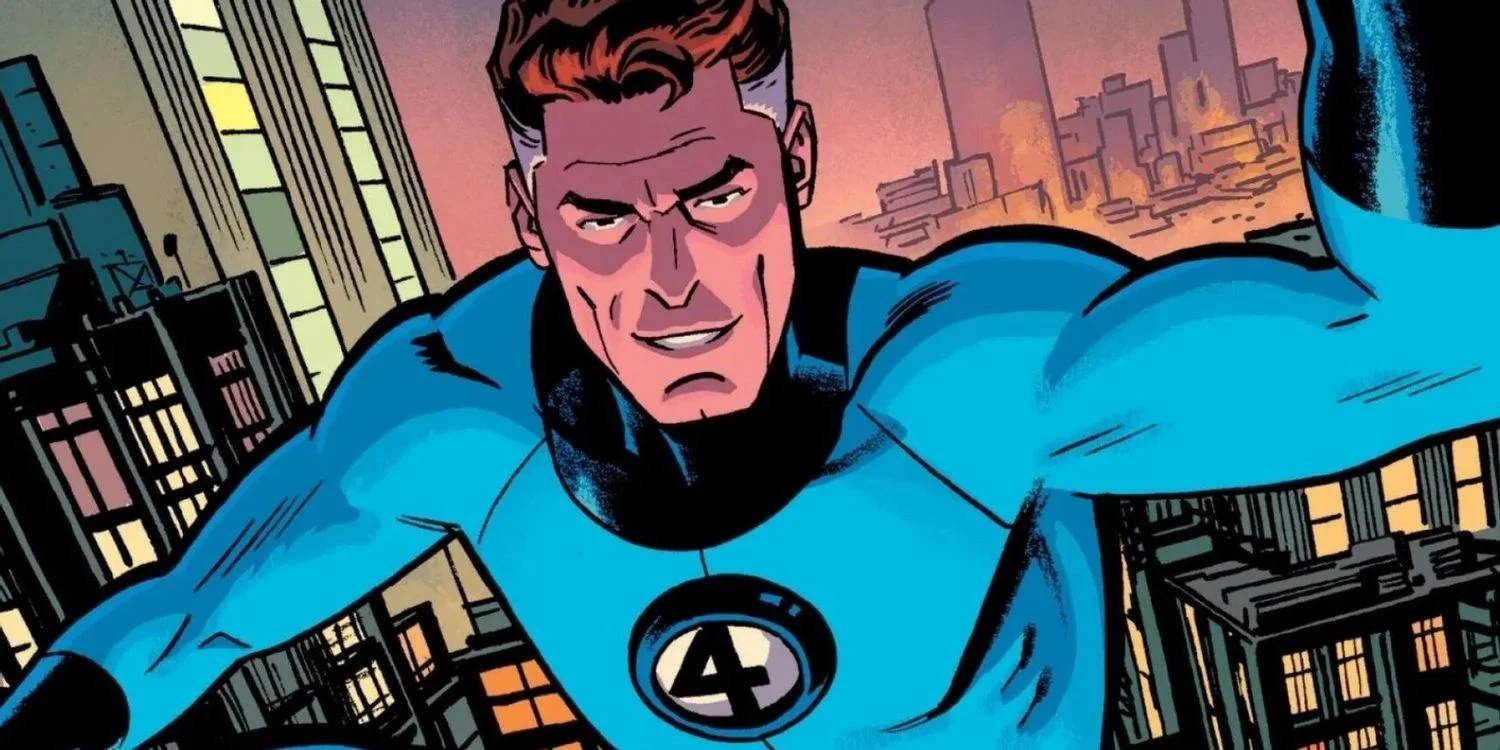 Reed Richards, an astronaut and physicist, was eternally altered into Mister Fantastic, the leader of the newly formed super team the Fantastic Four, after being assaulted with cosmic rays alongside his fiancée, best friend, and future brother-in-law. However, it is his tremendous brainpower, not his amazing elasticity, that earns him his colorful moniker.

Throughout the character’s history, he has been repeatedly referred to as the most intelligent being in the Marvel Universe, with his discoveries and innovations confirming this claim time and time again. Reed’s scientific specializations are physics, mathematics, and engineering, but his understanding spans time, space, and other dimensions. He has been acknowledged with pioneering achievements in far too many fields to list. It’s still up for dispute whether Reed is the smartest Marvel character. His reputation, on the other hand, is unmistakable. 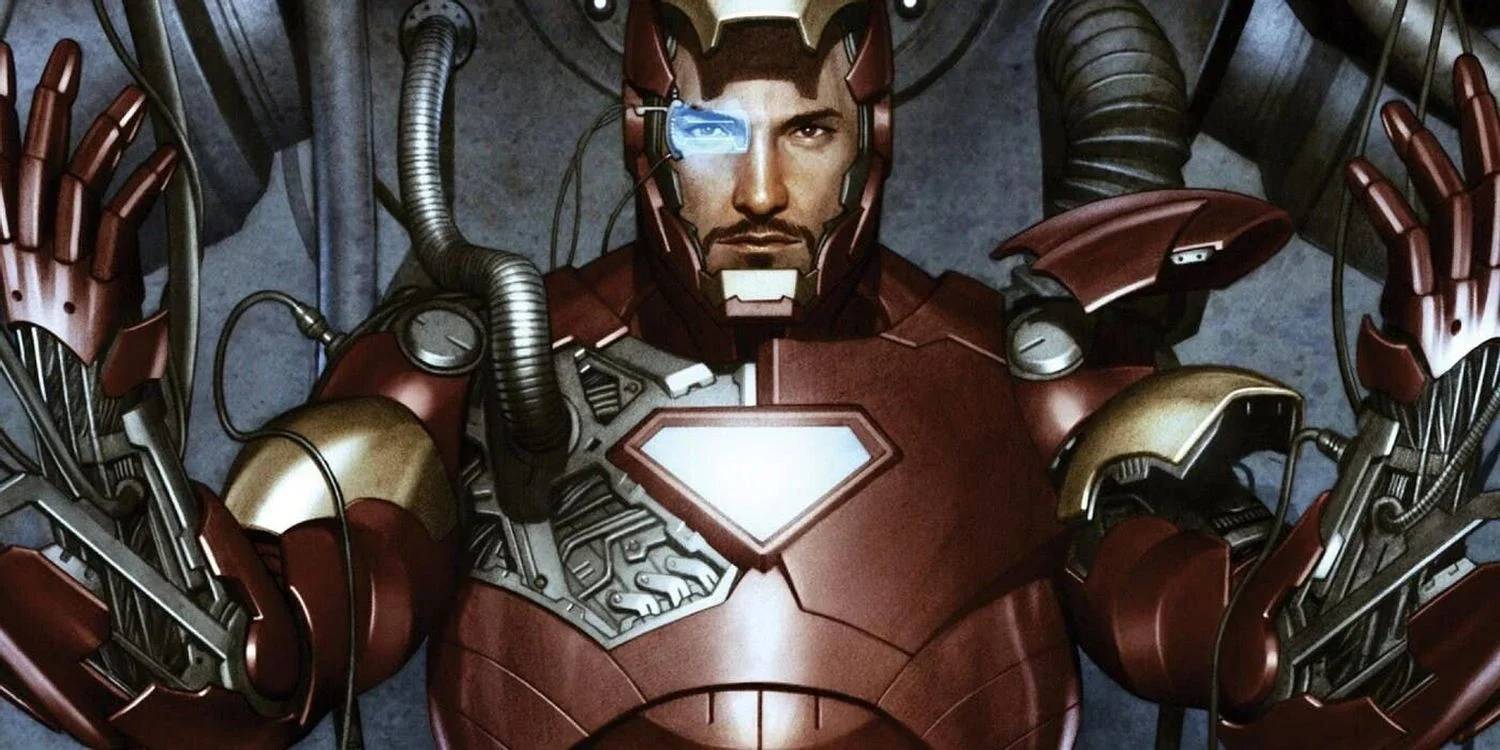 When billionaire businessman Anthony “Tony” Stark was abducted by terrorists and sustained a serious injury that put his heart in jeopardy, he had a life-changing event. He managed to bootstrap a mechanical suit of armor to keep him alive and escape captivity using resources at his disposal, after which he continued to use his creation and later modifications to safeguard the globe as Iron Man.

Every definition of the word ‘tech whiz’ should simply be substituted with an image of Stark. His skill as a machine craftsman is practically unrivaled, allowing him to create technological wonders that would otherwise be unthinkable. Stark’s creativity is such that he is regarded as a futurist, capable of foreseeing future events and human behavior based on existing trends and deductive reasoning. 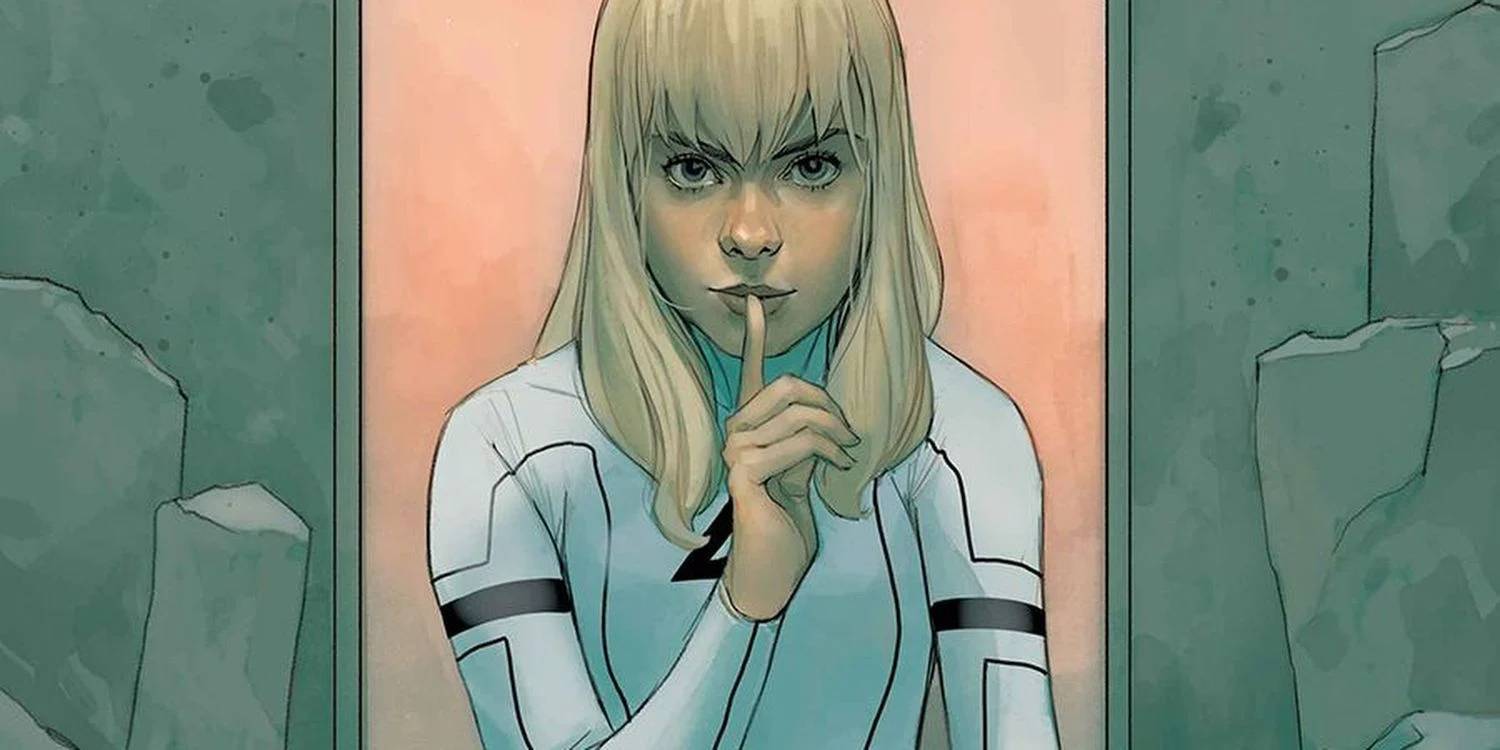 Valeria Richards, the daughter of The Fantastic Four’s Mister Fantastic and the Invisible Woman, and the goddaughter of their arch-enemy Doctor Doom, has had a level of intelligence that rivals that of her parents and godfather from childhood, owing to cosmic radiation acquired from the former.
Valeria appears to be a prodigy in more ways than one. She invented advanced gadgetry and demonstrated intelligence that most adult brains would envy while she was still a child. Valeria and her father both believe she has the potential to be smarter than him. 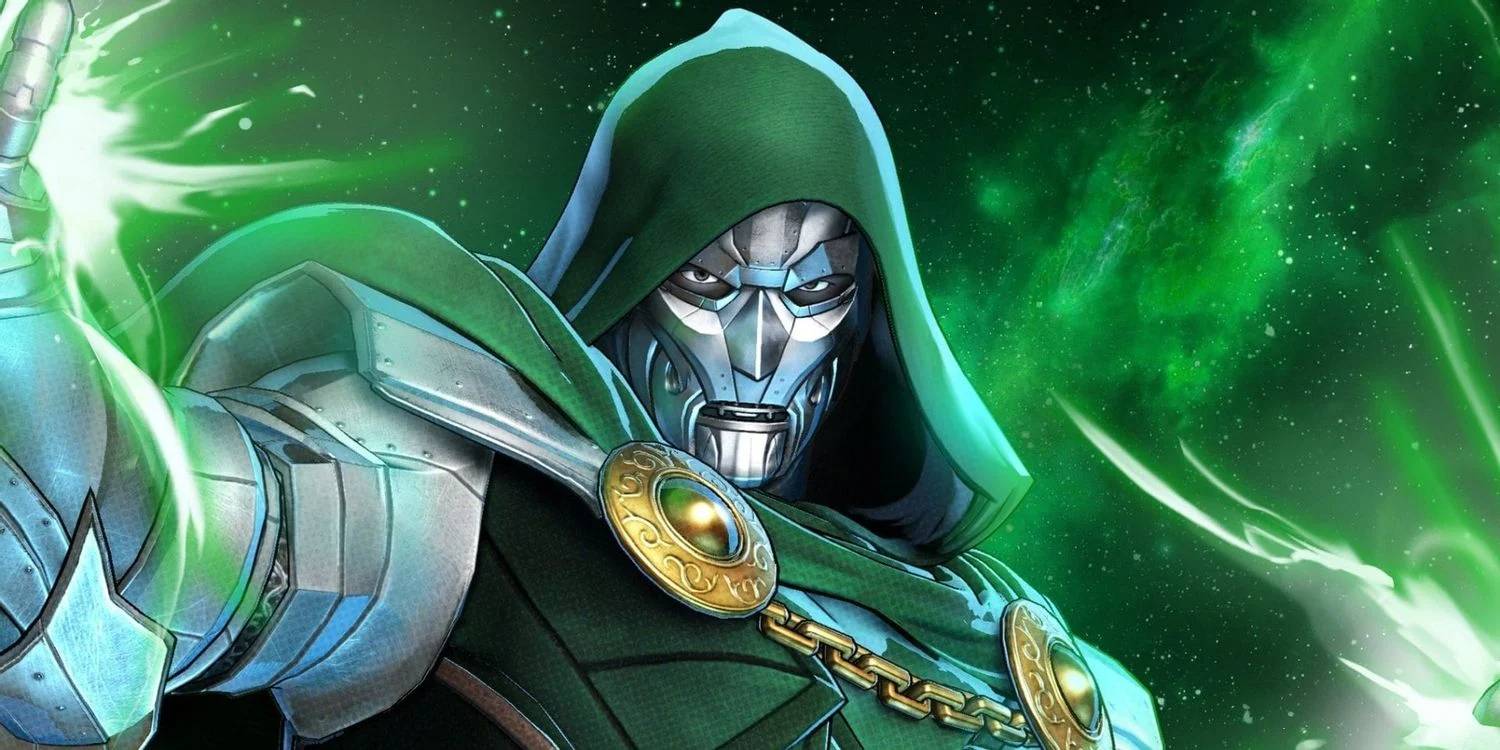 Dr. Victor von Doom, ruler of the fictitious nation of Latveria, is a criminal genius nearly without rival in terms of authority, hubris, and brilliance, with horrible disfigurements masked under an intimidating metallic countenance. His ambitions for world conquest have enraged several of Earth’s most powerful defenders.

Doom has amassed a veritable empire of machinery and weapons to aid him in his heinous deeds, thanks to his sharp scientific mind. He is well-versed in a multitude of subjects, including, unexpectedly, wizardry, in addition to science. Doom’s Machiavellian techniques and vast intellectual abilities have made him a fearsome foe for both superheroes and cosmic creatures.