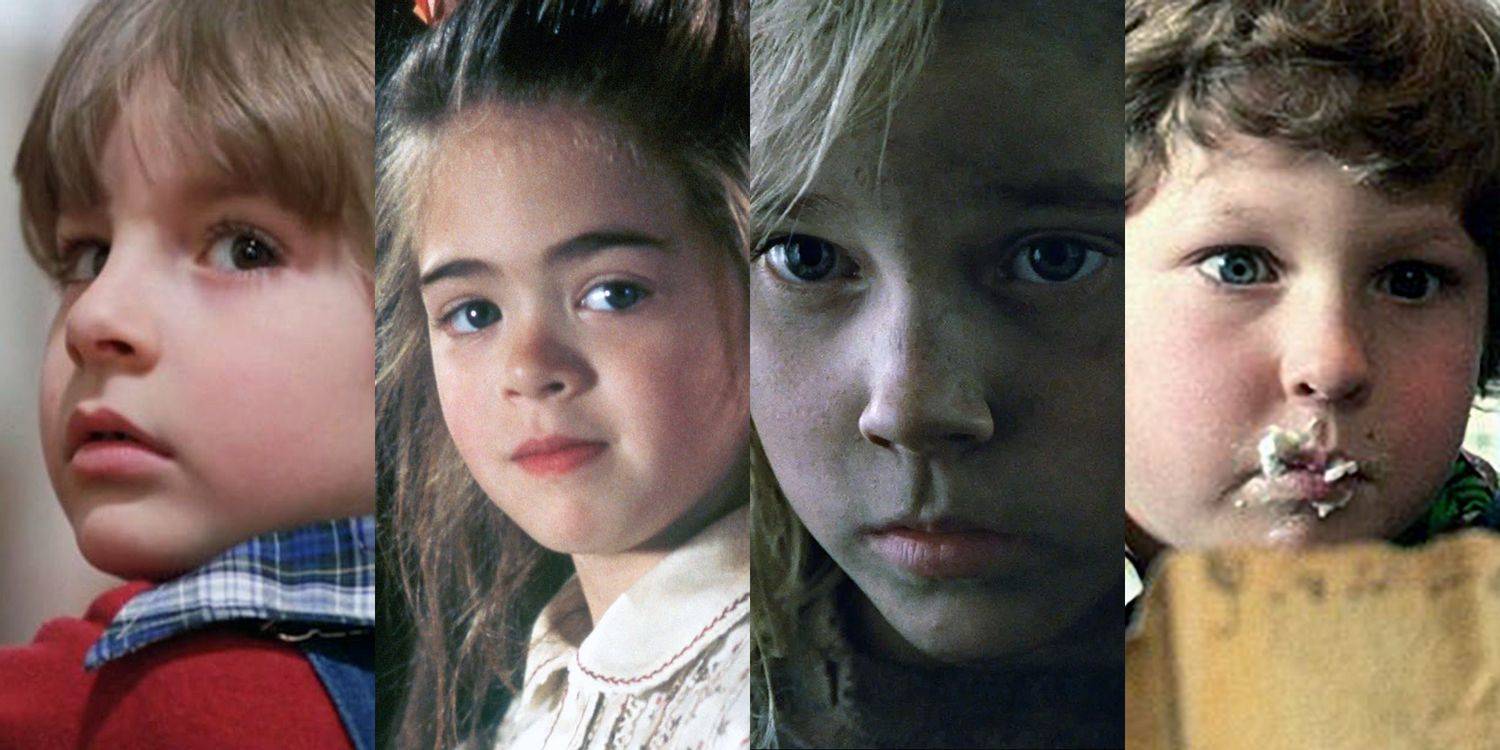 “Remember that actor from that movie?” we’ve all said at some point. “I wonder what happened to them?” is usually followed by the question. While it’s unusual for an actor to simply feature in one film before retiring – especially when that film is a box office smash – it does happen.

There are a variety of reasons why actors choose to leave the industry rather than continue working in films. They may not have loved their time in front of the camera, or they may prefer to pursue their day job or other career goals over staying in show business. Whatever the reason, these one-hit wonders left an indelible effect on viewers before exiting the spotlight for good. 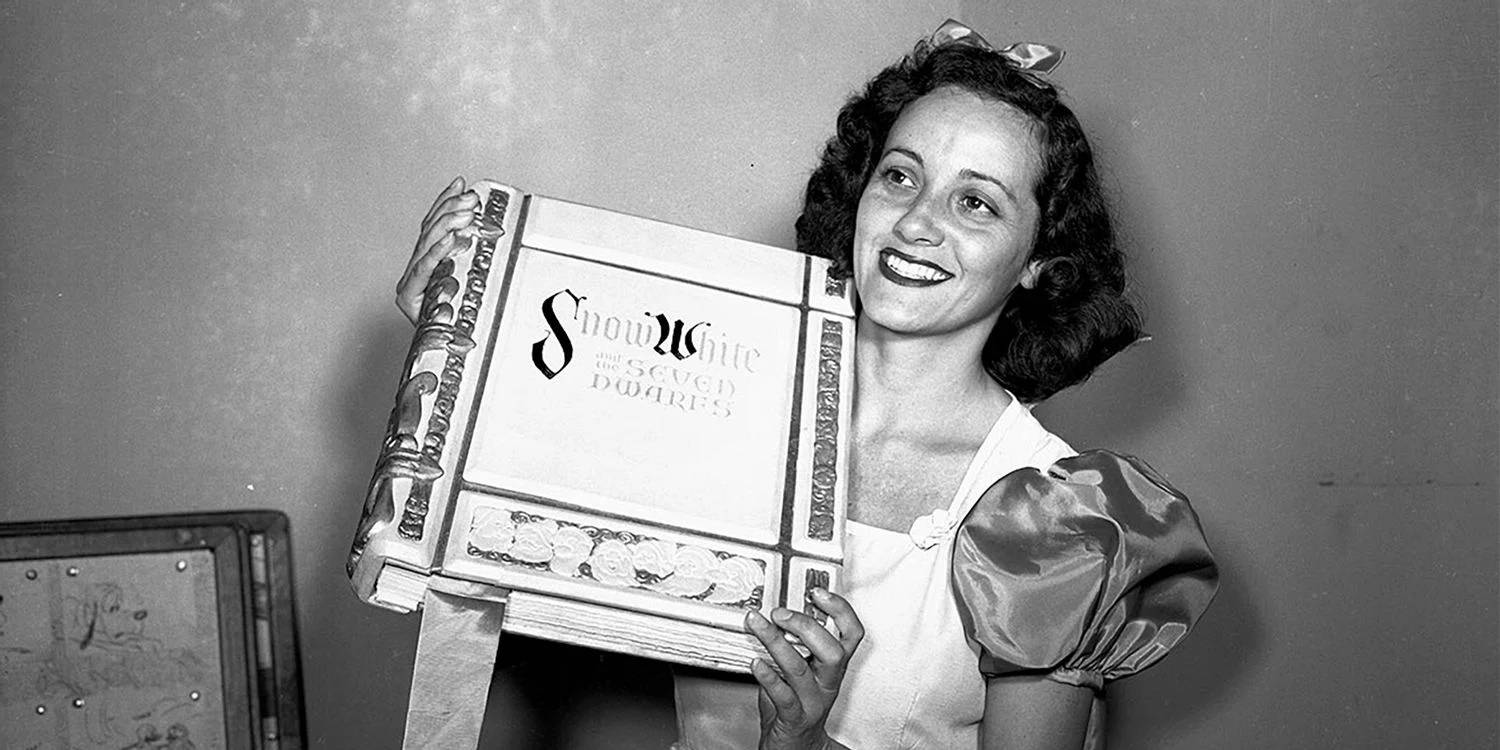 Italian-American Adriana Caselotti was born into a musical family, so it was only natural for her to continue in their footsteps. Guido, her father, was a music instructor, and Maria, her mother, performed all throughout Europe. Maria Callas, the famed opera singer, took voice lessons from her sister, Louise. Disney Studios called Guido to see if he had any suggestions for the title character in Snow White and the Seven Dwarfs, their first full-length animated feature. Caselotti, 18, pulled up another line to listen in while studio executives were on the phone with her father. She offered to sing anything after hearing the reason for the call. And, as they say, the rest is history.

Caselotti’s work as Snow White was initially uncredited (Disney did not recognize voice actors until 1943). According to Hollywood mythology, Caselotti’s contract with Disney forbade her from revealing her identity as Snow White, performing as the character, or doing any additional film, television, or radio work. Another rumor is that Caselotti’s voice belongs to Disney. While this is just supposition, it is certain that after Snow White, Caselotti found it nearly impossible to secure acting job. 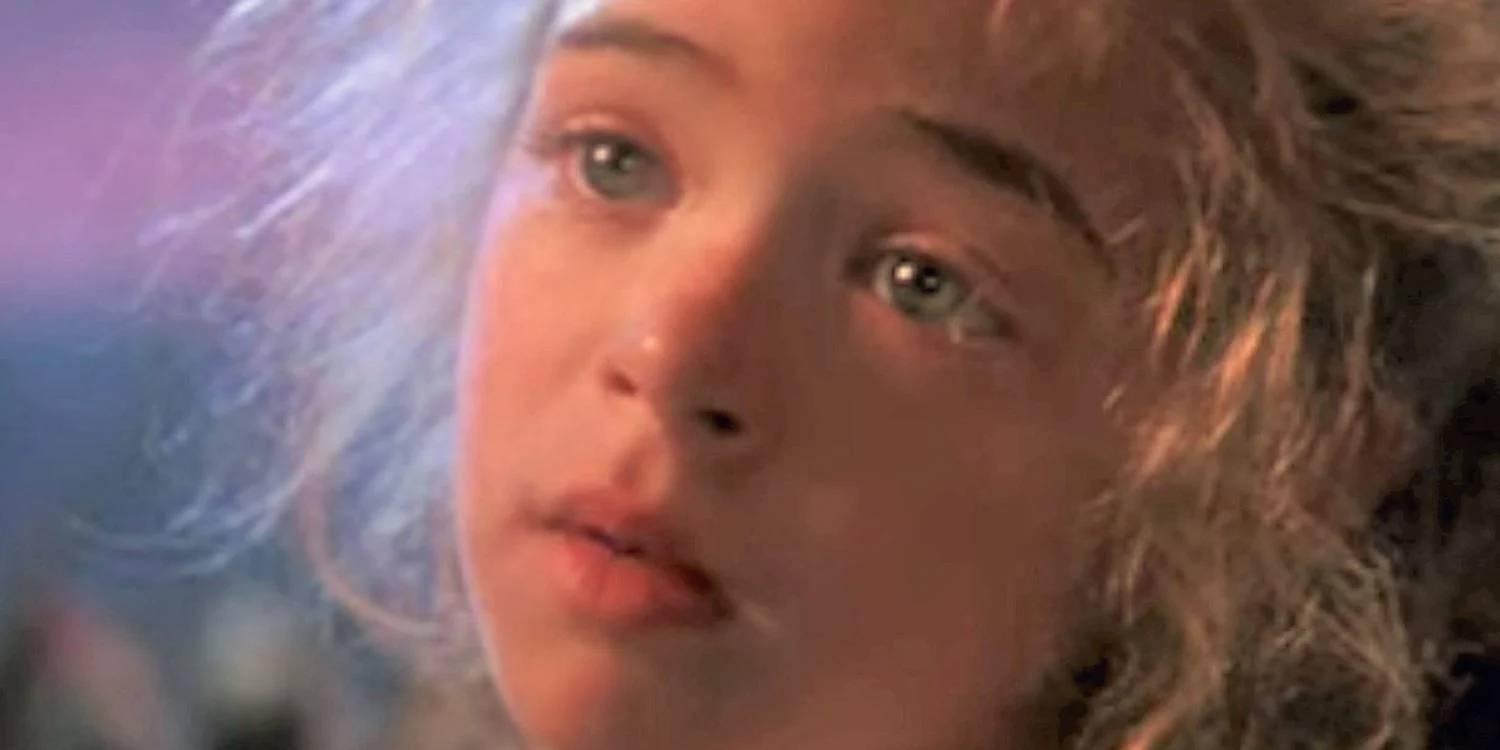 Amber Scott astonished audiences with her acting talent as Peter Pan’s daughter Maggie Banning in Steven Spielberg’s fantasy adventure picture Hook when she was only seven years old. One might expect Scott to continue performing under the guidance of a renowned director and an equally exceptional cast that includes Dustin Hoffman, Robin Williams, and Julia Roberts… but no.

Scott chose to leave the glamorous world of Hollywood in order to preserve her legacy as a child actor, who was adored by both fans and critics. She had been out of the spotlight until 2015, when her headshot appeared on E! Online, sparking speculation about whether she would return. The answer remained the same: no. Scott has remained out of the spotlight despite producing a short film in 2019. 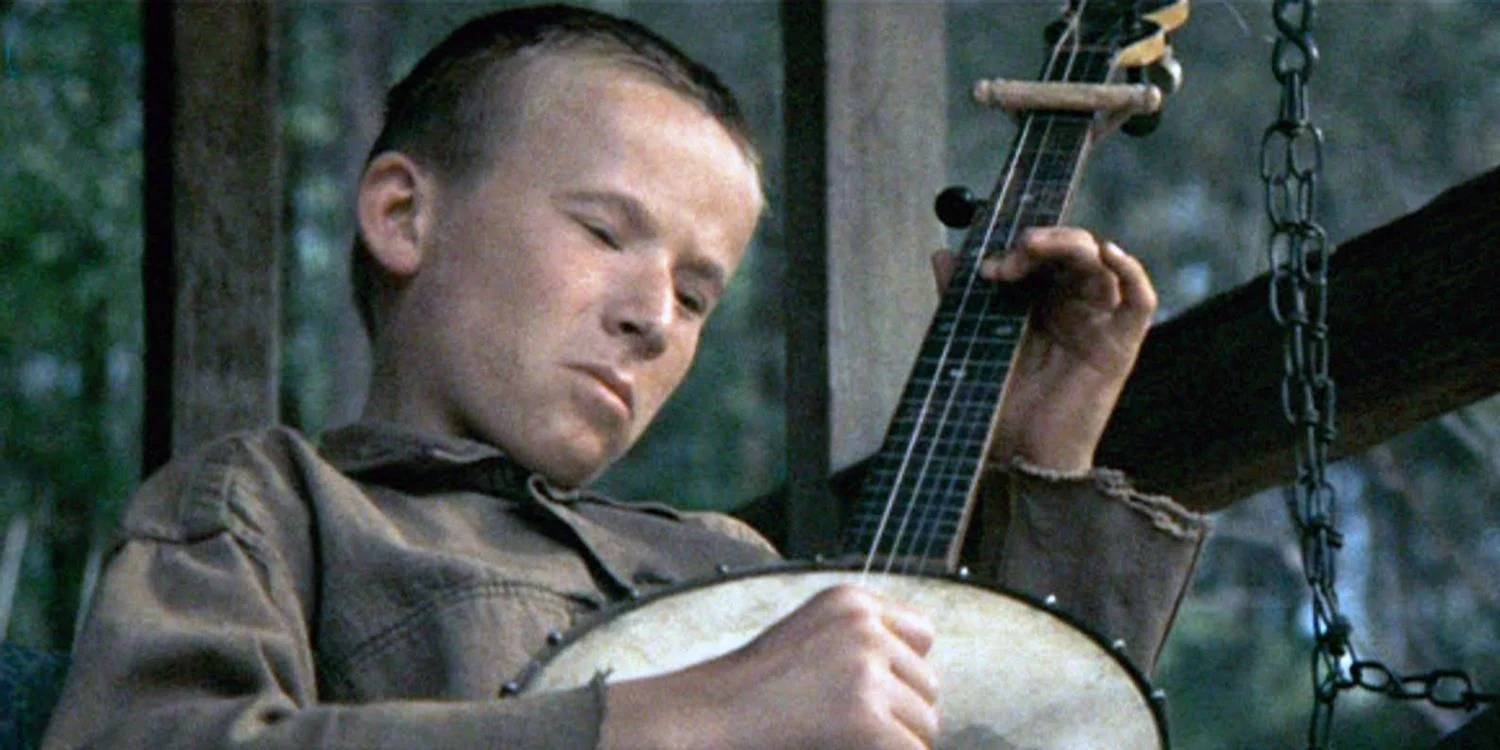 What comes to mind when you think of the survival thriller Deliverance? “Dueling Banjos,” I’m sure you said. Billy Redden was the creepy-looking child on the porch with the banjo. At the age of 15, he was discovered at a Clayton, Georgia casting call and offered the role of Lonnie in the Burt Reynolds movie. Redden was unconcerned about the fact that he was cast because he appeared to be inbred and was ridiculed by the other characters. It was a wise decision because he cemented his place in cinematic history.

Redden is credited with a few blink-and-you’ll-miss-it cameos in future films, where he is billed as – you guessed it – “Banjo Man,” according to IMDb. His full-time job, on the other hand, is working at Walmart as a maintenance worker. Redden complained that, despite the fact that the film was the best thing that ever happened to him, he never made much money from it when he was interviewed for a 2012 Deliverance documentary called The Deliverance of Rabun County (where the film was shot). 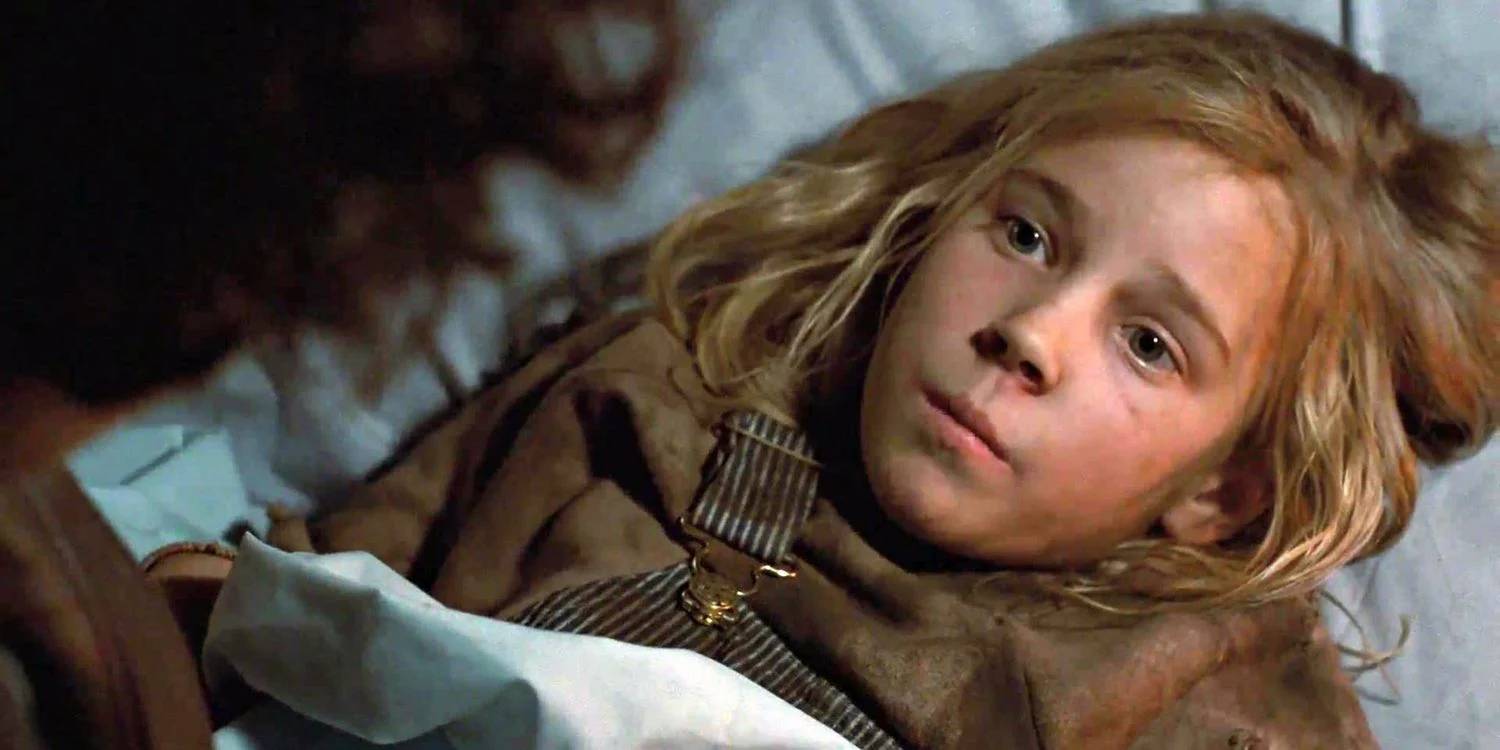 “They mainly come at night… mostly,” says the narrator. In the South Park episode “Cat Orgy,” pop culture lovers Matt Stone and Trey Parker had Cartman imitate Newt’s (Carrie Henn) remark from James Cameron’s sci-fi film Aliens. It’s a remarkable achievement for an actor who has only been in one major motion picture. It was a case of being in the right place at the right moment for Henn to land the role of Newt. When she was nine years old, she was scouted at her school in England, where the film was shot. Henn and her family were stationed in the United Kingdom since her father was a member of the United States Air Force.

Henn turned down acting after receiving a Saturn Award for Best Performance by a Younger Actor in 1987 for a variety of reasons. For one thing, her family had moved to the United States, and she desired to enjoy a “normal” upbringing. Second, she realized that acting was not her true calling and followed (and succeeded in) her longstanding ambition of becoming a teacher. While Henn hasn’t been in front of the camera since her role in Aliens, she did provide her voice to Union Worker in the 2020 animated picture Thunder Island. 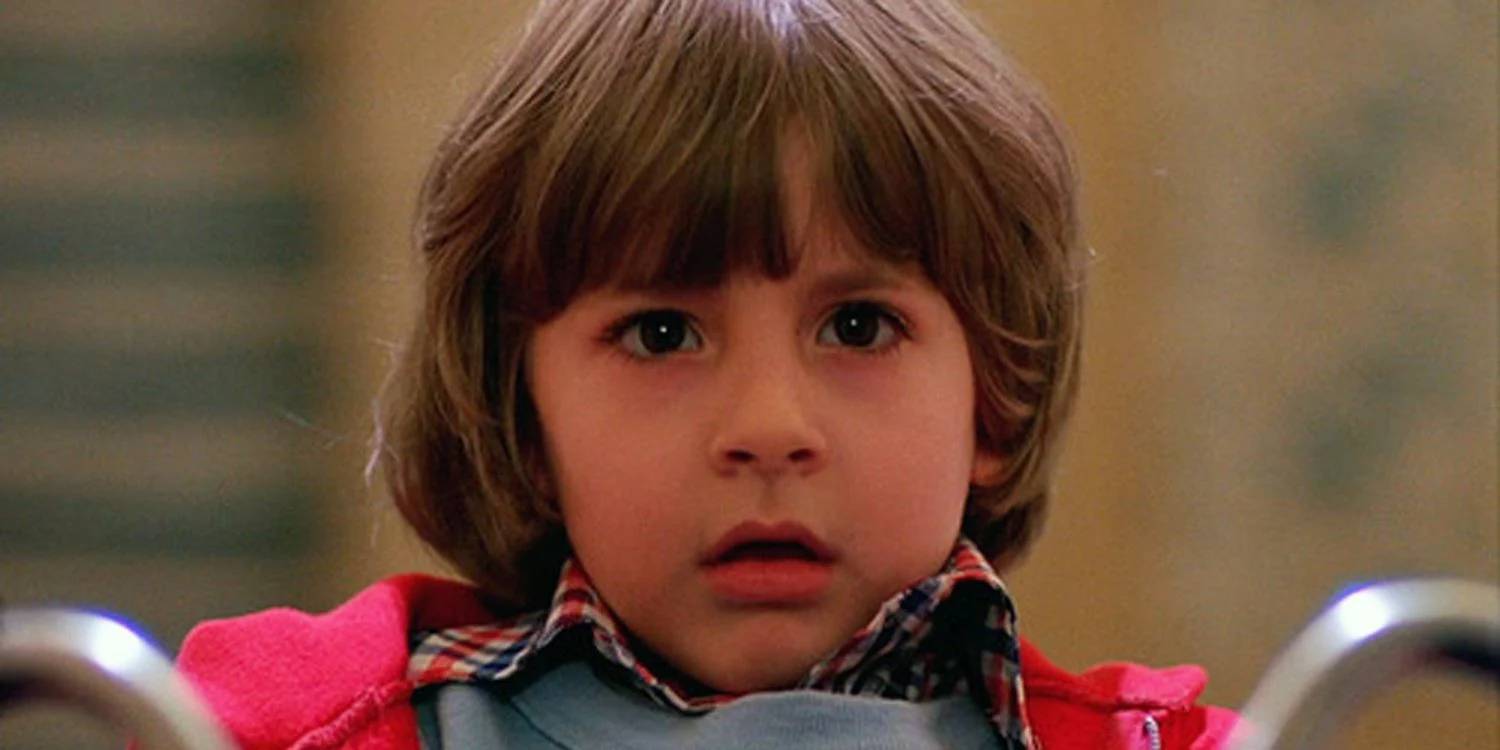 Despite Stephen King’s well-known disdain for Stanley Kubrick’s film adaptation of his novel The Shining, the picture is a horror masterpiece that has earned its rightful position in popular culture. The character of Danny Torrance (Danny Lloyd) is one of the reasons for the film’s success, as much of the plot revolves around Danny’s psychic ability.

Lloyd’s riveting performance as a six-year-old must be credited with allowing moviegoers to suspend their disbelief throughout the film. Why didn’t he keep acting? His ability to perform admirably among veterans like Jack Nicholson and Scatman Crothers begs the question. He tried, is the response. Lloyd kept auditioning for movie roles, but he couldn’t seem to get a break. By his early adolescence, he’d become tired of the practice and informed his parents that he was quitting acting. Lloyd married and raised four children after leaving Hollywood and is now a biology professor at a Kentucky university. 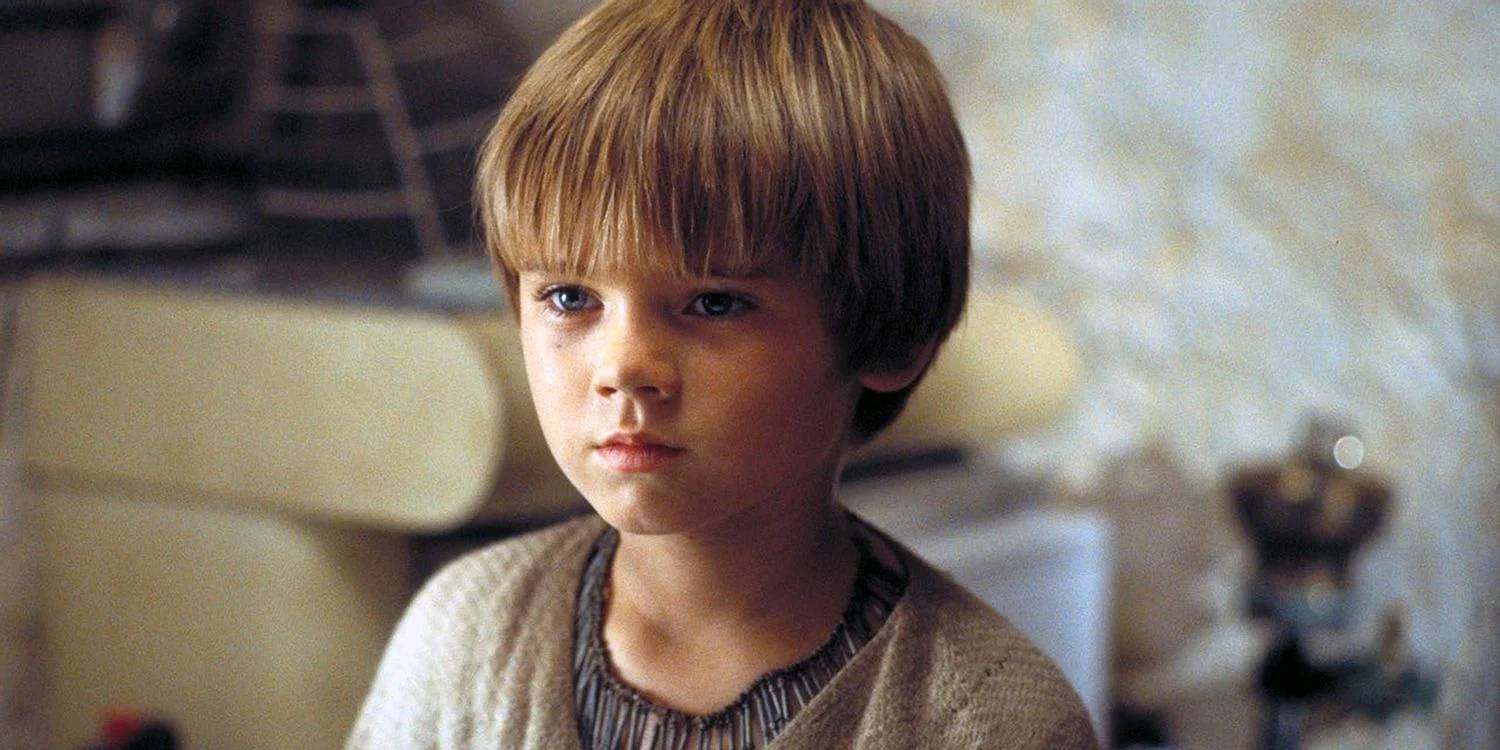 Jake Lloyd has played a variety of roles since his debut as Anakin Skywalker in Star Wars: Episode I – The Phantom Menace, but he is best known for his part in the Star Wars prequel.

Lloyd was just eight years old when he made his Star Wars debut in Episode I as Darth Vader. Devout Star Wars fans were less than delighted to see the galaxy’s largest and most terrifying foe represented by a pretty blond kid. The film critics didn’t enjoy it either: their reviews were severe. When you consider the backlash Lloyd faced at school – students would make lightsaber noises whenever he passed – it’s easy to see why he left Hollywood at the age of 12. 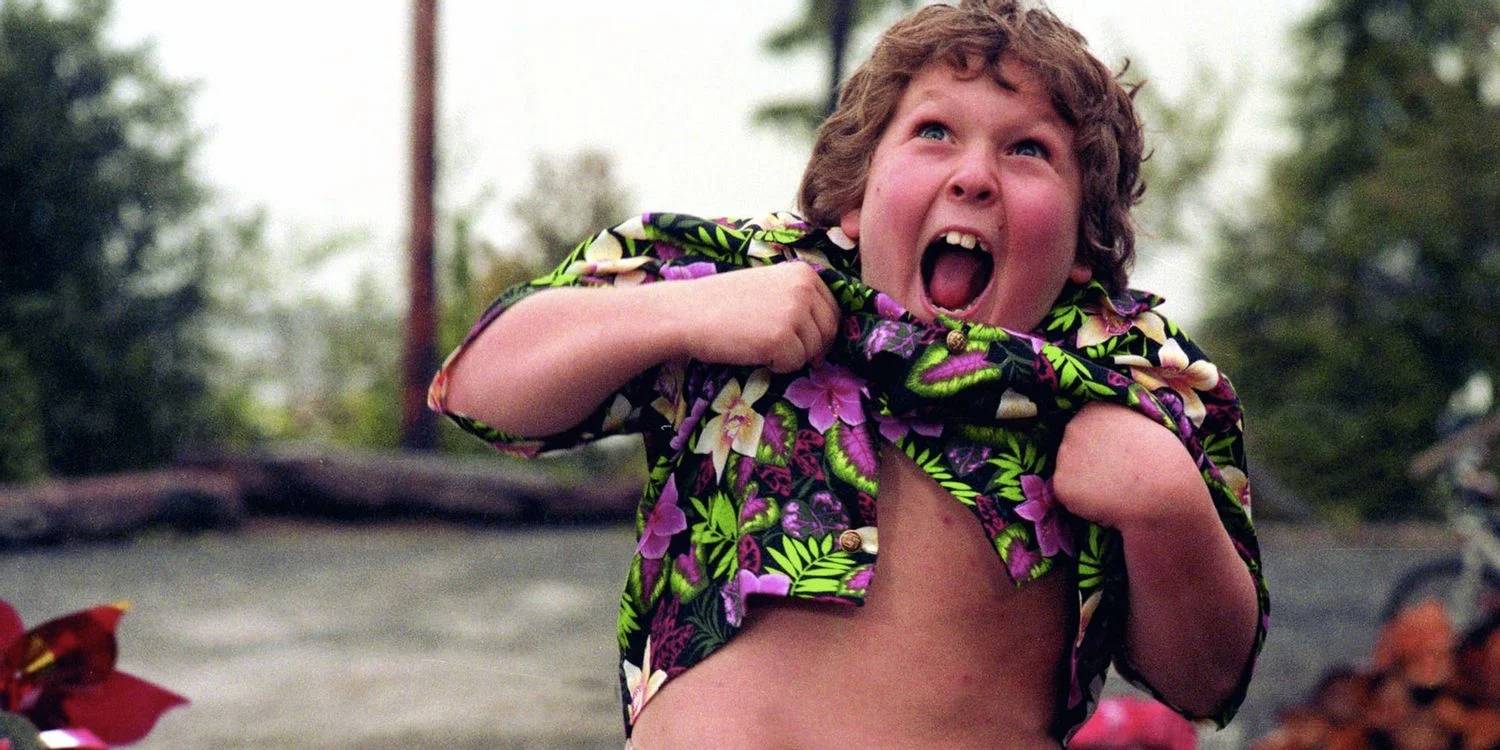 The “truffle shuffle” scene from The Goonies is a fan favorite, but Jeff Cohen, who portrayed Chunk, had a difficult time filming it. In a 2013 interview with Entertainment Weekly, Cohen reflected on the incident, saying, “As a chubby youngster, the last thing you want to do is showcase your belly to everyone.” He was also suffering from chickenpox at the time, with blotchy scars on his belly.

In 2021, Cohen told The Sun in the United Kingdom that he couldn’t obtain any more movie roles since he “lost his chubby baby spirit” when puberty came and moved “from Chunk to hunk.” Regardless, Cohen has made a reputation for himself in the entertainment sector, although as a successful lawyer. 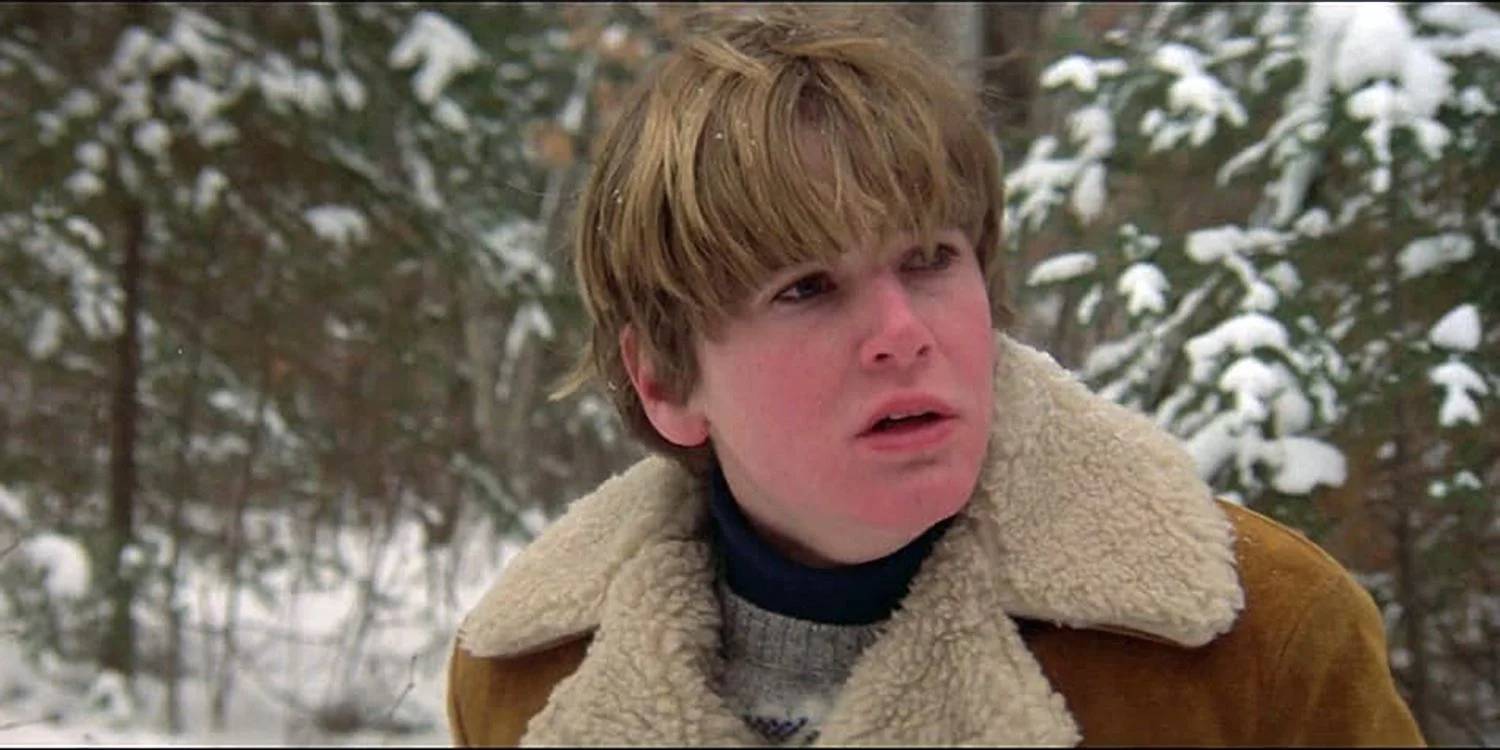 Donat is one of three children born to actors Michael Learned and Peter Donat in Toronto, Canada. In the 1978 horror film Damien: Omen II, he portrayed Mark Thorn. Donat is regarded as one of the leading innovators in the field of internet-based advertising and brand creation. Lucas has directed the advertising and branding efforts for numerous early stage Internet firms that have gone on to become leaders in their respective categories, including eHarmony, LegalZoom, and Hotwire, as co-founder and CEO of Donat/Wald Advertising with his partner Traci Wald in 1987. 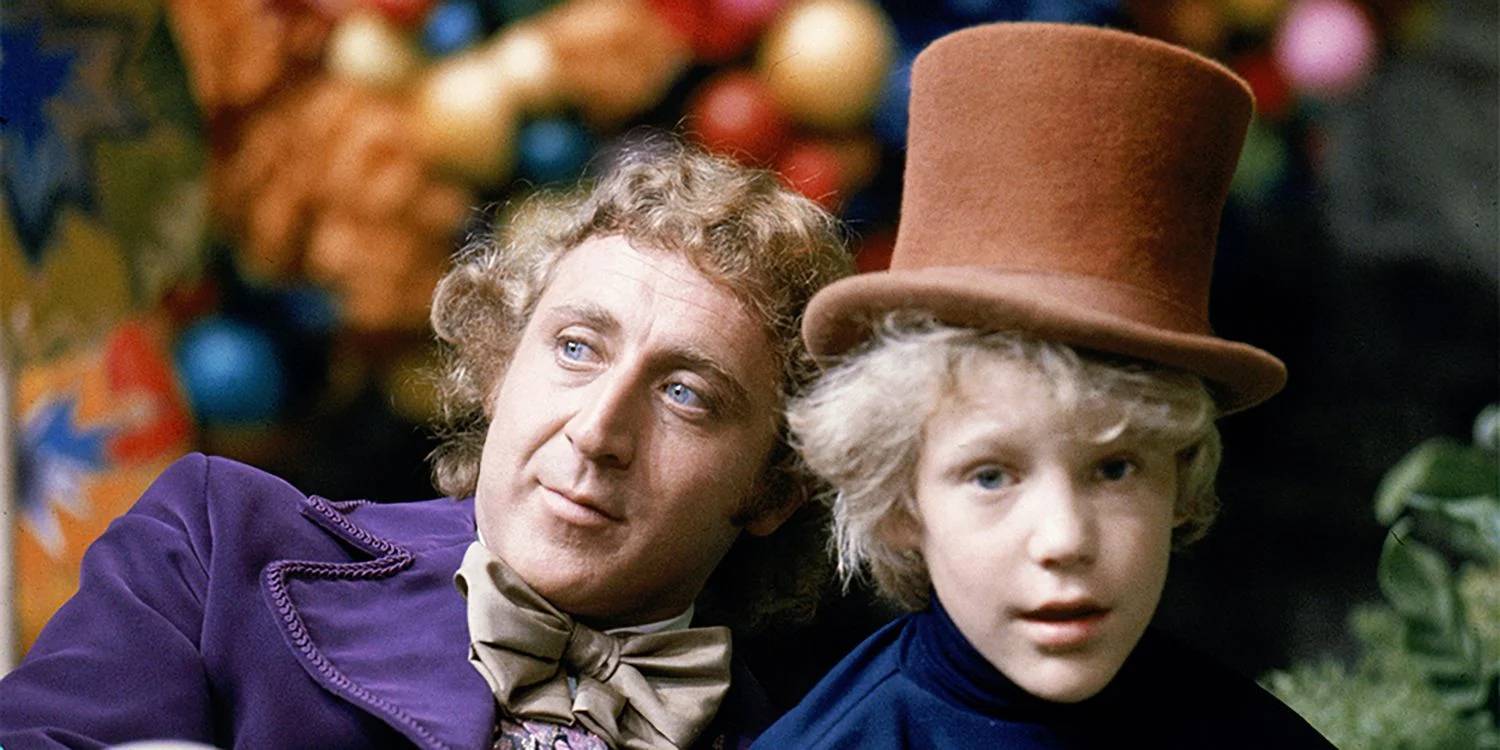 Peter Ostrum’s performance as Charlie Bucket in Willy Wonka and the Chocolate Factory was so well received that he was offered a three-movie deal. He said no. After seeing him perform in a sixth-grade school play, agents cast Ostrum in the role of Charlie. His great break may have catapulted him to stardom, but for Ostrum, one film was enough.

Ostrum was so determined to disassociate himself from his well-known character that not even his wife knew he played Charlie Bucket in Roald Dahl’s masterpiece. Ostrum, on the other hand, chose to pursue his actual calling: animals. Ostrum is now Doctor Peter Ostrum (he graduated from veterinary school in 1984) and is more concerned with milk production than with milk chocolate. 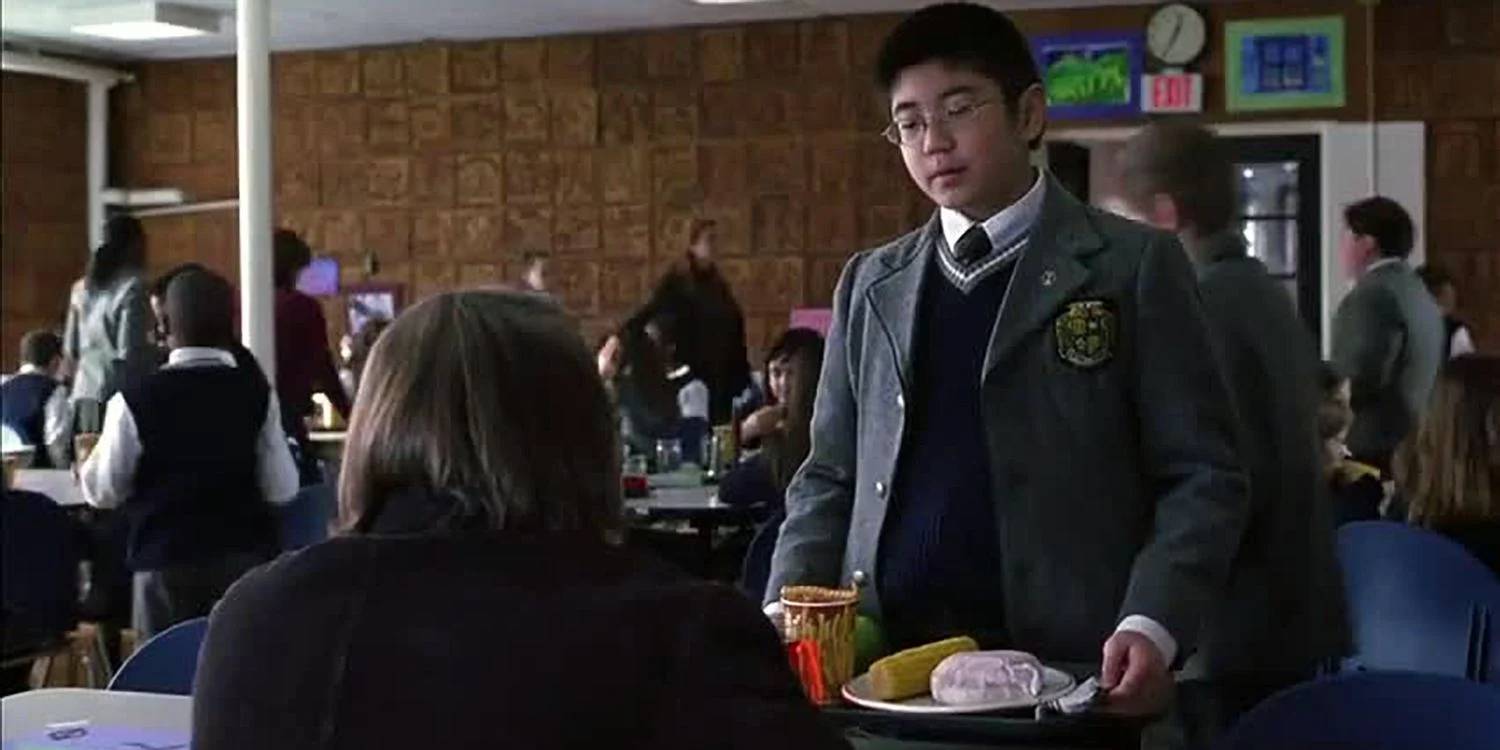 School of Rock was the highest-grossing musical comedy until Pitch Perfect 2 surpassed it in 2015. Robert Tsai, who played nerdy keyboardist Lawrence, dubbed “Mr. Cool,” went on to pursue his passion for music, particularly piano.

Early in the development of School of Rock, an insecure Tsai approached director Richard Linklater and tried to talk his way out of the film since he didn’t think he was right for the part. Tsai’s insecurity, Linklater said, was exactly what the role required, and he was kept in. Tsai joined Dartmouth College after obtaining multiple accolades for musical talent in high school. He went on to have a successful career as a musician, but he never returned to acting.