In our previous article, we discussed the highest paid actors of 2017 which highlighted the fact that actors earn way more than we think. But, it is not the same in case of the following 13 actors who refused to charge any money for their hard-work in these popular movies. Check the list out : 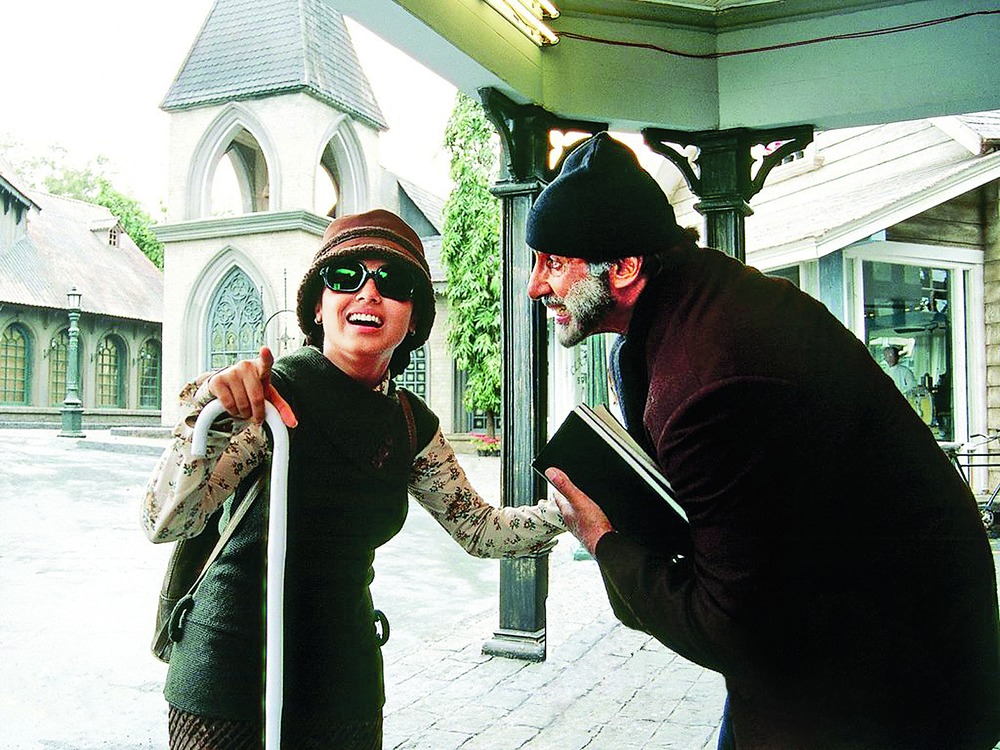 In a special blog dedicated to ‘Black’, which clocks twelve years today, the 74-year-old actor said just being a part of such a beautiful project was more than enough for him. “I had just wanted to work with Sanjay, after seeing all his other works he had done… And when the opportunity came it was quite overwhelming. I did not take any salary for the film… Just being a part of such an enterprise, was sufficient fees !” Bachchan wrote. Amitabh has done many such roles for free including, SRK starrer Paheli.

Karan Johar is one of her best friends, and Rani Mukherjee has given several brief appearances in his films, notably her role of ShahRukh’s childhood friend in Kabhi Khushi Kabhi Gham for no charge at all. Another lucky mascot, may we say?

Next in line to join the list of free cameos is none other than the beautiful Katrina Kaif, who performed on Chikni Chameli in Agneepath absolutely for free, as a friendly gesture for Karan Johar. Overwhelmed, KJo gifted her a Ferrari in return, and all we can say is, what goes around, comes back around.

Famous for doing the maximum number of films with actor Akshay Kumar like Rowdy Rathore, Joker, Once Upon A Time In Mumbai Dobaara, and Holiday: A Soldier Is Never Off Duty, it was not very surprising when she did a song for his film, Boss without any remuneration as a testament to their camaraderie.

Shahid Kapoor was extremely happy and overwhelmed when Vishal Bhardwaj offered him Haider. He believed in the film with such strong sincerity, that he didn’t charge a single penny for his role. The film changed Shahid’s career for the better, and it was definitely a life-turning event for him.

One of the highest paid actors of Bollywood, Salman has appeared in a couple of movies for free. These include Om Shanti Om, Ajab Prem Ki Gazab Kahani, Son of Sardar and Tees Maar Khan.

“I am like a street performer. I do a film for which I don’t charge anything. If the film is good, people will come to the theatres and pay money for the tickets, making the film a success,” says Aamir Khan. He didn’t charge money for PK instead he asked for 33% share in the movie which ended up earning over 700 Crores.

The whole country went gaga over Deepika Padukone in her debut film, Om Shanti Om and were full of praises for her performance and uber gorgeous look. Interestingly, she did the role for free, as she considered it a great fortune to kick-start her Bollywood career opposite ShahRukh Khan! Well, the stars really worked in her favour.

Seems like the leading ladies of Bollywood are always head over heels in love with SRK, and we ain’t surprised at all. You Get Me Rocking And Reeling, the Priyanka starrer item number from Billu was also done for free, as a token of her friendship with the megastar.

Aishwarya Rai is praised not only for her outstanding beauty but also for her unique performance. Rai has received numerous awards including two Filmfare Awards, and she was awarded the Padma Shri by the Government of India in 2009. Everyone knows her as “the most beautiful woman in the world”. When she made her comeback with the movie, Jazbaa, we all knew the movie would earn a huge amount of profit and probably for the same reason Aishwarya Rai did not charge at all!

Out of sheer belief in the strong script, and as a token of appreciation of being inculcated in the film, Sonam Kapoor charged only Rs. 11 for her cameo in Bhaag Milkha Bhaag. One of the movies where her easy-breezy presence was a delight, we can say!

While crooning and shaking a leg at the hit number Marjaani from Billu, we’re sure you didn’t know, that it was a project done for free by Kareena for Shah Rukh Khan! When he sent her a cheque following the shoot, she politely sent it back. Her generosity also exceeded to Salman Khan, when she performed the viral song of that year, Fevicol Se for Dabangg 2 for free. She had to keep up the legacy of Munni Badnaam Hui from the film’s prequel, and boy did she nail it!

Last but definitely not the least, SRK joins the bandwagon of stars and their inadvertent gestures. The actor apparently did not charge a dime for his extended role in Bhoothnath Returns, since he was a part of its prequel as well. He also did his dance sequence in Krazzy 4 for free.

15 Brave Celebrities Who Battled Life Threatening Illness And Proved That They Are Our Heroes!