Eevee has long been viewed as the Pokémon franchise’s secondary mascot. Eevee is a Generation 1 Pokémon that has taken a long time to amass a sizable fan base despite being, of course, quite cute. But what distinguishes Eevee from the other Pokémon in the franchise are its evolutions, also known as “Eeveelutions” by enthusiasts.

Eevee has evolved into 8 different types, and each Eeveelution is a distinct type with a distinctive appearance. In fact, an entire team made up of of Eeveelutions could be effective against teams composed of several different Pokémon species. Making a team of shiny Pokémon can be challenging because they are both incredibly rare and different in colour from other members of their species.

Despite the fact that players of Pokémon video games rarely know what to expect when searching for monsters, catching a Shiny Pokémon is particularly thrilling due to its scarcity and more distinctive designs. For instance, the Shiny form of an unevolved Eevee has white fur rather of brown. Every Pokémon Eeveelution also has a Shiny variation. 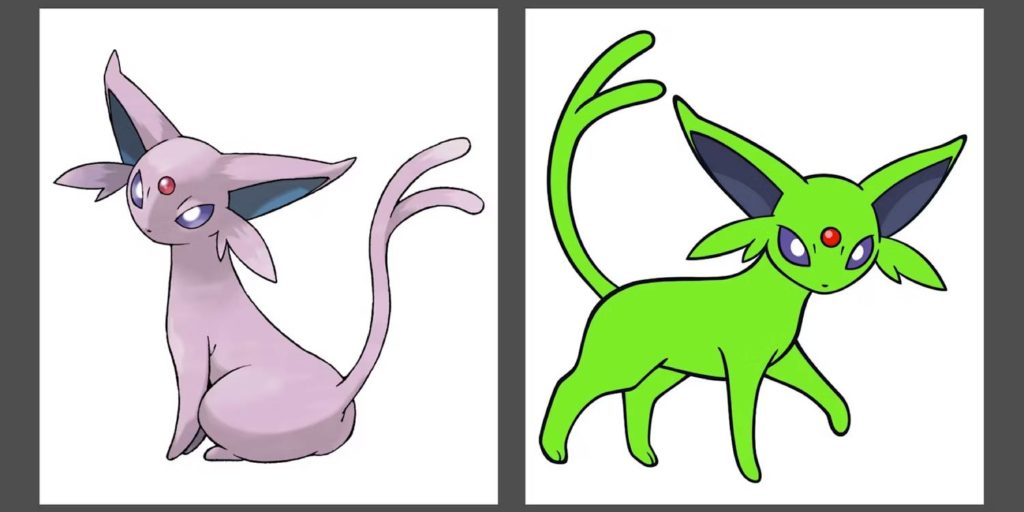 The majority of espeons have purple eyes and a faint mauve or lilac coloration. Espeon, however, transforms into a Shiny Pokémon with deep blue eyes and a vivid neon green appearance. 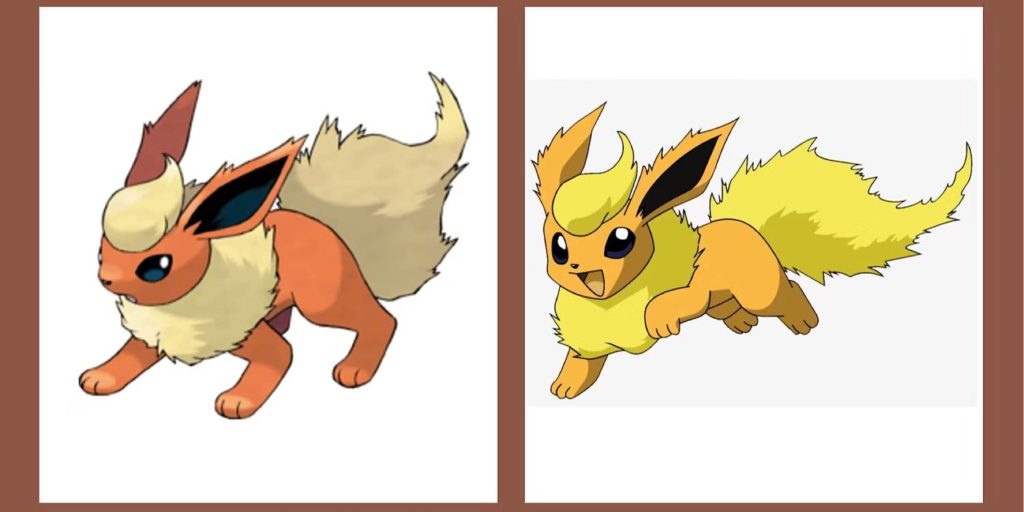 As a Fire-type Pokémon, Flareon evolves with the aid of a Fire Stone. The majority of regular flareons have an orange-red tint, with fluffy yellow fur covering their tails, heads, and necks. Shiny Flareons’ fur has far less red than normal Flareons, making orange its dominant colour. 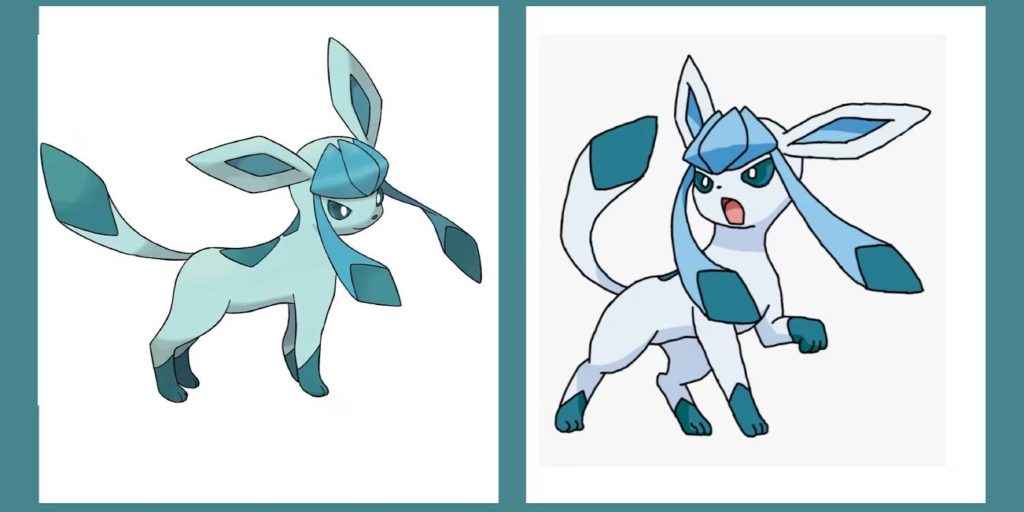 It might actually be a better Ice-type representation than the original in Glaceon’s Shiny. This Eeveelution will have a teal blue body with darker teal-toned characteristics after evolving with the assistance of an Ice Rock or Ice Stone. Shiny Glaceon, on the other hand, has a bright icy blue hue, especially on its body and the decoration on its head. 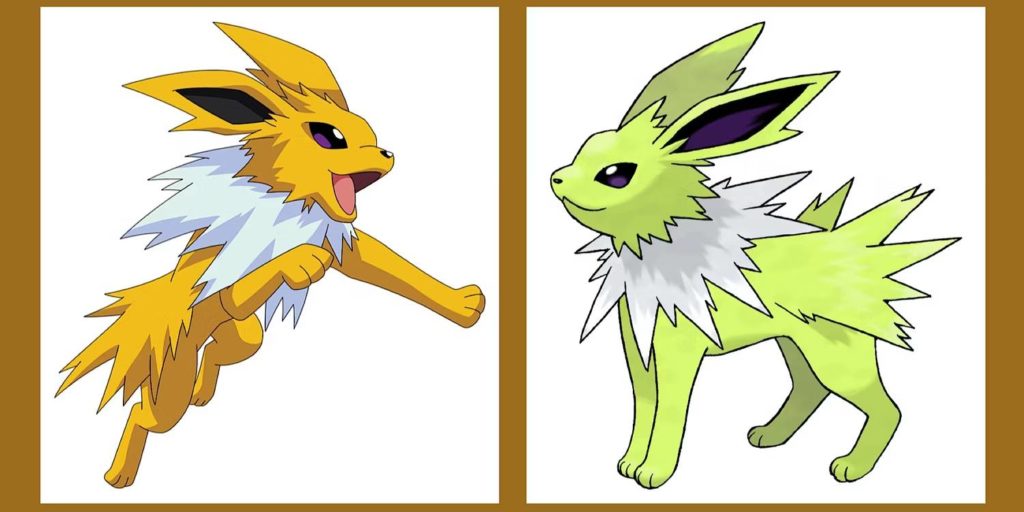 When Eevee is exposed to the Thunder Stone, it will change into Jolteon. Jolteon is a golden yellow Electric-type Pokémon with spiky fur that seems as though it has recently been electrocuted. The rest of this Eeveelution’s fur turns lime green, but the white fur on its neck is still present from its Shiny form.

The Grass-type Leafeon has the fewest modifications between its ordinary and Shiny forms of all the Eeveelutions. When in the vicinity of a Moss Rock or when exposed to a Leaf Stone, this Gen 4 Pokémon develops from Eevee. If Leafeon is Shiny, its brown paws, eyes, ears, and cream-colored fur are all darker. Additionally, compared to the Shiny variant, Leafeon’s normal colour has fewer bright green accents. 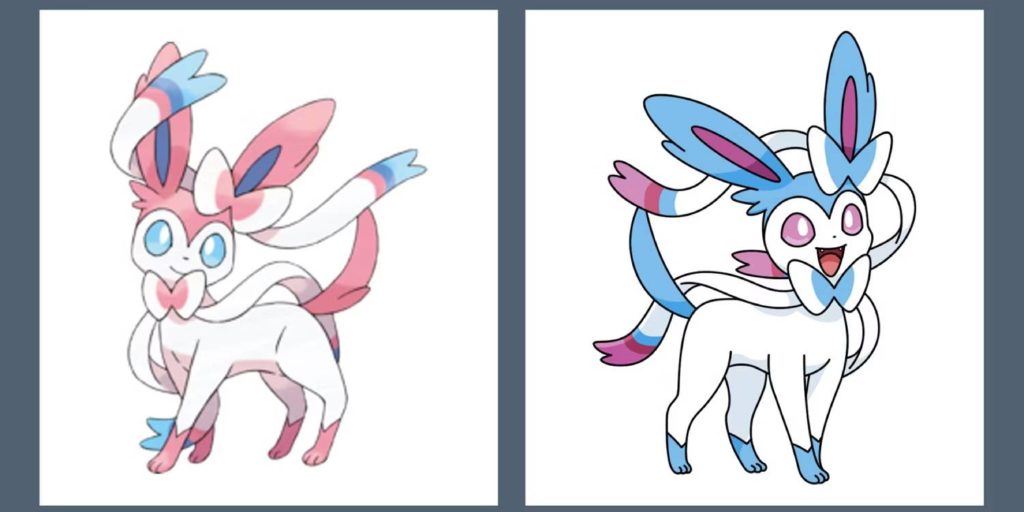 When Eevee has strong Affection or Friendship and a fairy-type move, it will develop into Sylveon. This Gen 6 Pokémon’s Shiny can be clearly differentiated from its usual form, unlike other Eeveelutions. In essence, the two are merely changing colours. Shiny Sylveon is pink where the original Sylveon is blue, including the areas around its head, eyes, tail, feet, and bows. Choosing which Eeveelution an Eevee should evolve into is one of the nicest parts of getting an Eevee in Pokémon, and this is especially true if it is a Shiny. 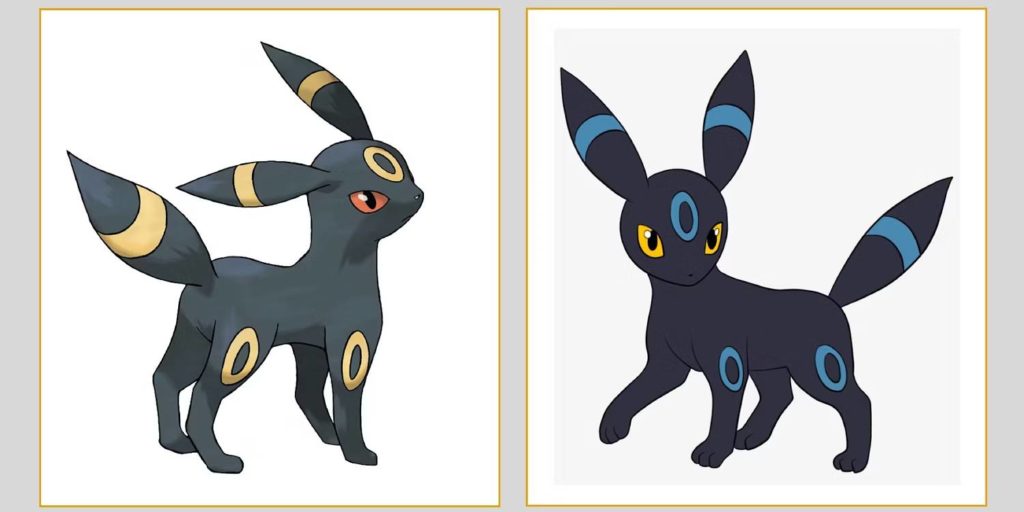 Umbreon, who is of the Dark type like Espeon, is quite social at night. Even as a Shiny Pokémon, this Eeveelution is still entirely black, although there are a few modifications. The characteristic yellow patterns on Umbreon’s legs, tail, ears, and space between its eyes have been replaced by a vibrant blue colour. Its eyes likewise change colour, this time from red to yellow, just like Espeon did. 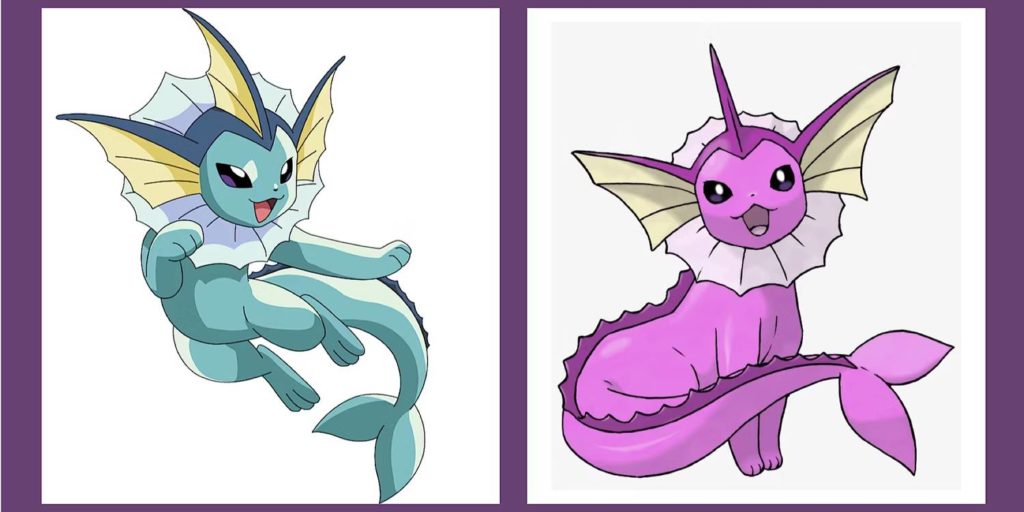 Vaporeon is the first of three Eeveelutions that were introduced in Pokémon Generation 1. When exposed to a Water Stone, Eevee will transform into this Water-type Eeveelution. A typical Vaporeon has yellow fins on its head and has a light blue colour with dark blue patterns. Vaporeon’s blue colouring is changed to a lovely purple as a Shiny Pokémon, and its fins take on a creamier hue.