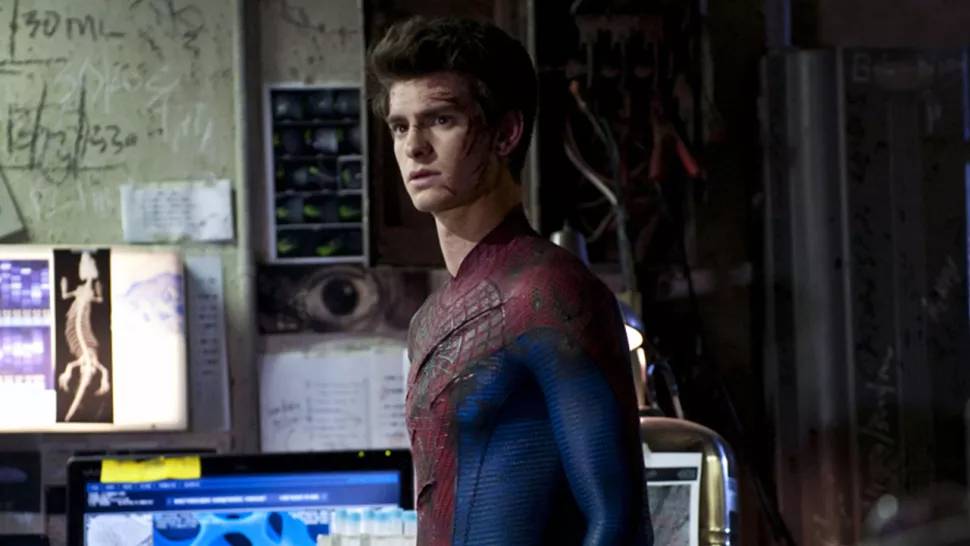 Andrew Garfield, alongside Tom Holland and Tobey Maguire, recently pulled off the Marvel surprise of many of our lifetimes by reprising his role as Spider-Man in No Way Home. In addition, the actor was just nominated for his second Academy Award for his outstanding performance in Tick, Tick… Boom! As a result, it’s not unexpected that the actor is single; yet, there’s been some uncertainty recently over his most recent romance with model Alyssa Miller.

The actor has always made it a po int to keep his personal life quiet, but it’s been difficult to conceal the fact that he’s been dating American model Alyssa Miller. Andrew Garfield and Miller have been seen together in recent months, most notably at the 2022 SAG Awards, where they wore matching outfits. The Sun previously reported that the two had ended their relationship owing to “work schedules” and “differences between them.” Miller’s response to the “rumor” was as follows: 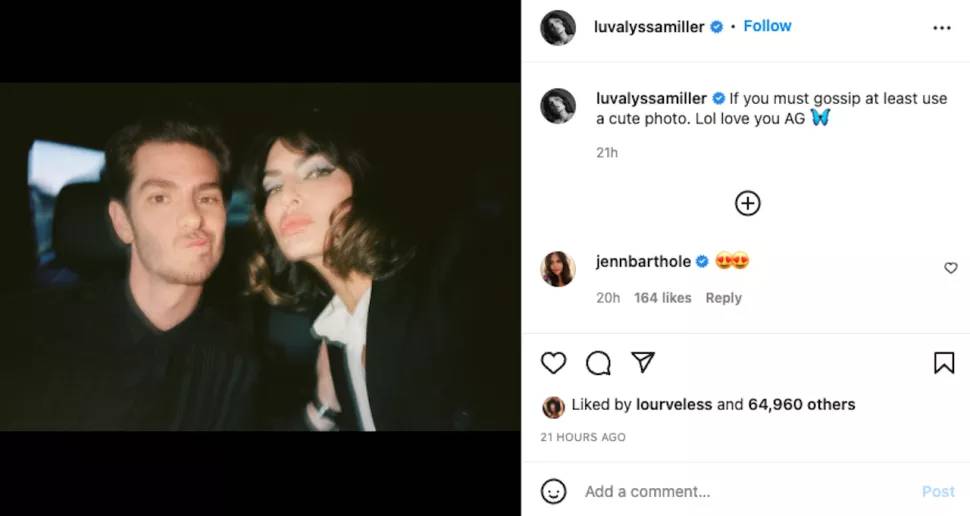 (Image credit: Instagram/Alyssa Miller)
Following news of their breakup, the model turned to Instagram to share a lovely selfie of herself and Andrew Garfield with a mysterious remark. “If you have to gossip, at least use a cute photo,” she says. AG, I adore you.” What exactly does that imply? It’s unclear what she’s trying to say about the situation, other than to provide us with this adorable photo of the couple and reassure the public that everything is well.

They “were together for quite some time” before becoming public during award season, according to an unnamed insider, but their hectic schedules supposedly placed their relationship in peril. People said that the couple broke up a month ago after Alyssa Miller shared the photo on Instagram, but that they are still amicable exes.

Andrew Garfield’s most recent public appearance was less than two weeks ago at the Academy Awards, where he was not accompanied by Alyssa Miller. Miller’s remarks send some interesting conflicting messages about her and Andrew Garfield’s relationship status. Maybe that’s on purpose, and the essential point is that the model adores the Spider-Man: No Way Home actor in any case (like we all do, but IRL).

Garfield has a history of keeping in touch with ex-girlfriends, most notably his Amazing Spider-Man co-star Emma Stone, who played his Gwen Stacy in two Marvel flicks. Garfield also said that Stone kept emailing him about the No Way Home mystery, which he also lied to her about. The actor believed it was “hilarious” to keep her in the dark until she jokingly called him a jerk once the secret was disclosed with the release of the film.

From 2011 through 2015, Emma Stone and Andrew Garfield were rumored to have been dating. Stone has since married SNL writer Dave McCary, whom he met after their breakup. A little over a year ago, they welcomed a baby daughter into their family. Despite this, it appears that Stone and Garfield are still friends.

We may not know Andrew Garfield’s relationship status, but you can expect more of his work in the coming months, starting with his FX series Under the Banner of Heaven, which is set to premiere in April.