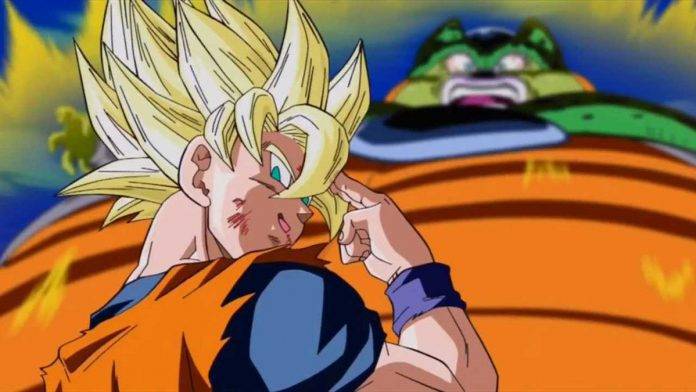 Ichigo Kurosaki from Bleach is an outstanding fighter and exorcist who boasts a wide range of abilities and the power to hold his own. However, as revealed numerous times during the series, his powers are always fluctuating, which means that they don’t have a fixed label to them. His powers are sometimes taken, sometimes sealed, sometimes absorbed, and so on. Imperfection, on the other hand, is frequently what distinguishes a compelling character.

Our Bleach protagonist is undeniably powerful and dependable, with all of the benefits that main protagonists in anime typically enjoy. There are, however, certain names that can possibly top Ichigo and his reiatsu if there were to be a comparison between strong characters in anime. The following is a list of anime characters who might be able to defeat Ichigo Kurosaki: 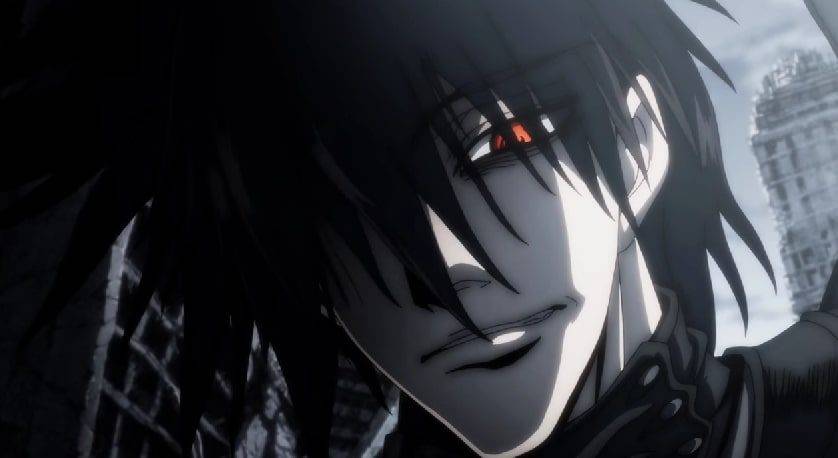 Alucard is a vampire anti-hero who can vanquish almost anyone with his armory of talents. He is frequently described as immortal. He is a monster in both his abilities and the literal meaning of his name. Alucard is capable of taking a bullet to the skull from point-blank range and laughing it off, giving any opponent a fight for their lives. His powers range from the capacity to harden his skin in order to travel at high speeds to intangible nature, which allows him to stroll through walls and dodge attacks.

By draining a target’s blood, he takes their soul, saving their memories and skills for future use. When he’s at his most strong, he’s like an army of thousands in one body. With each passing year, his strength becomes stronger, since he has been alive for almost 500 years, you can only imagine how terrifyingly powerful the vampire can be. 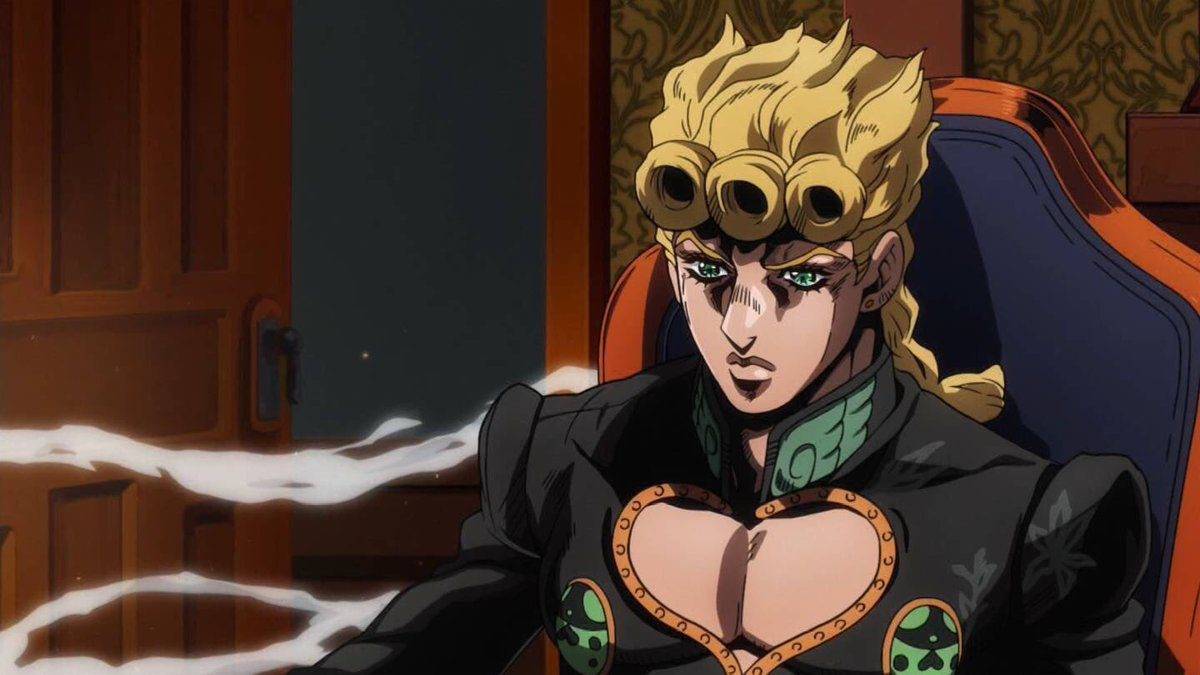 Dio’s son, Haruno Shiobana, is a stand user who received the requiem arrow, which charmed and converted his stand into a gold experience requiem. Giorno’s stance is without a doubt the strongest in existence after getting the requiem arrow; he has the ability to restore anything to its previous state and has extraordinary healing skills.

It’s one of his most diverse abilities, allowing him to bring objects, animals, and creatures to life and transform them, including converting butterflies into money. This change may trick even the most sophisticated adversary, and Giorno only needs a few moments to carry out his plan. If that doesn’t work, he can use his ability to reflect blows. 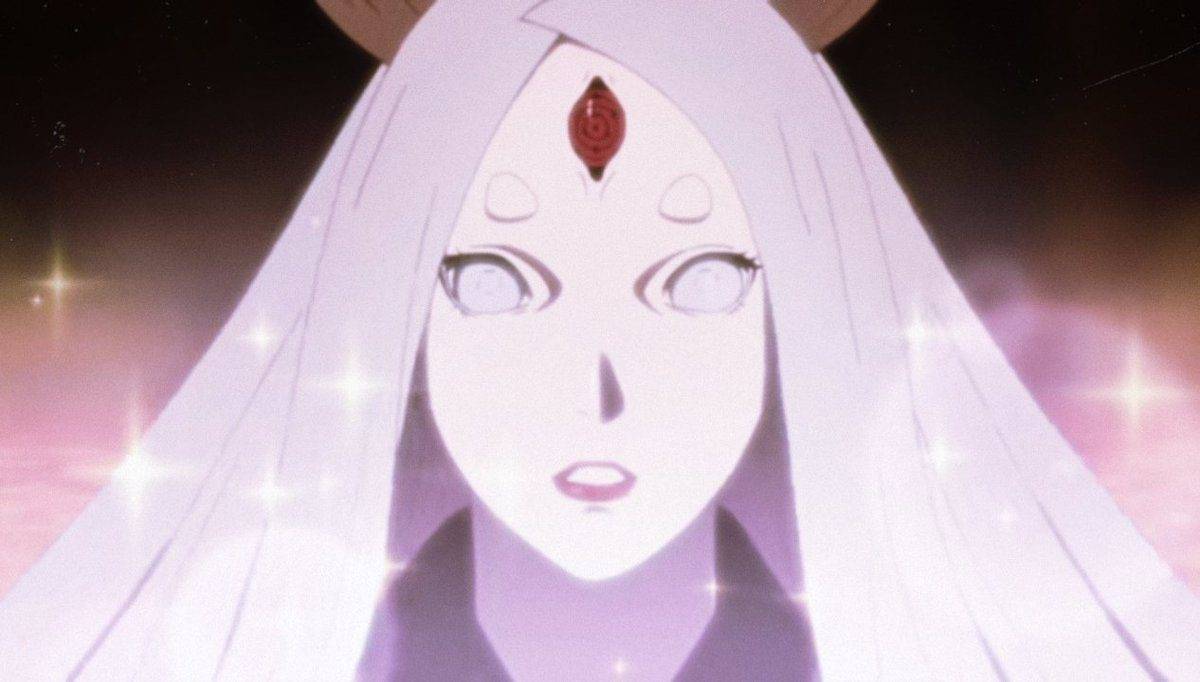 Naruto’s Kaguya Otsusuki is a supposed god, therefore it’s only natural to include her on this list. She is the originator of all chakra generated on Earth, which is why Shinobis and their countless Jutsus exist. Kaguya is a character capable of destroying an entire planet and is as strong as a God. This is due to her celestial ancestors and the connection she has with the God Tree.

Amenominaka is an ability that allows Kaguya Otsutsuki to create new dimensions in a second and teleport herself, as well as anything or anyone else, to that dimension. She has the ability to blow up an entire space-time and rebuild it from the ground up at one point, making her one of Naruto’s most powerful characters. This only goes to show that she is a formidable opponent. 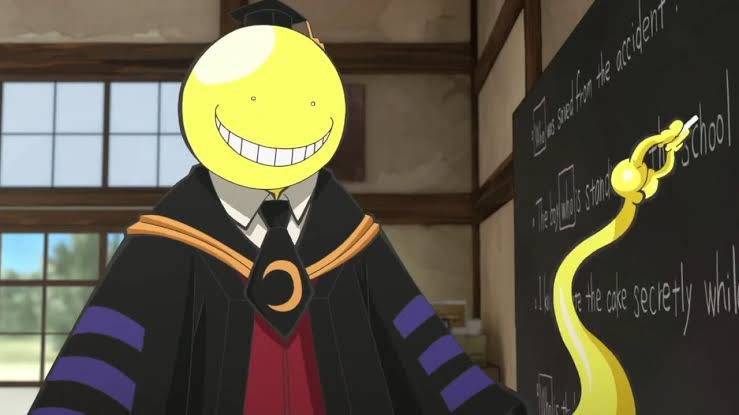 Koro-Sensei from Assassination Classroom is an extraterrestrial being, not just because of h is yellow octopus-like appearance, but also because of the several superhuman abilities he possesses. Koro-Sensei can liquefy himself, change his color and shape, and is practically impenetrable, save for a particular antimatter weapon. His speed is also an important aspect of his power.

Koro-Sensei has amazing reflexes, a strong defense, and a lot of energy, so he can deal with anything. He is not only physically superior, but he is also a highly intelligent being who is an expert on almost any field. He also knows every assassination technique ever created. Although his tentacles are a weakness that, if caught, can lead to the tentacled teacher’s defeat, getting a hold of him is nearly difficult due to his amazing speed. 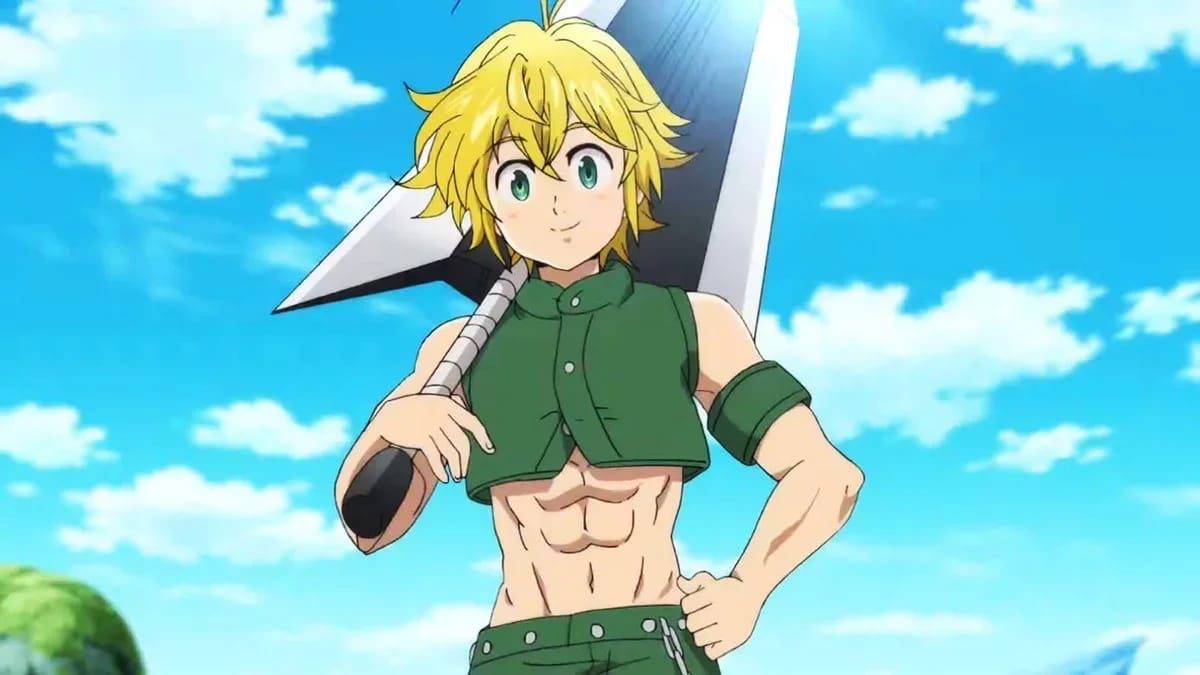 Meliodas is the Dragon’s Sin of Wrath and the head of the Seven Deadly Sins. His Sacred Treasure is the Demon Sword Lostvayne, and his natural power is Full Counter. He had always been extremely powerful, possessing amazing strength that was recognized by all, and he was on his way to become the demon king. He was the ace of the Demon Clan as a whole, and only the demon king himself could stand in his way.

He used the commandment of love to protect himself from those who despised him. This ability is especially powerful while Meliodas is in Assault Mode since he is cruel and cold-hearted, making it impossible to admire him. Without a question, Meliodas is the most powerful of the Seven Sins. All 10 commandments had been internalized while he maintained his strength and agility. Meliodas might might be able to fight off anyone on this list due to the unique skill of Full Counter. 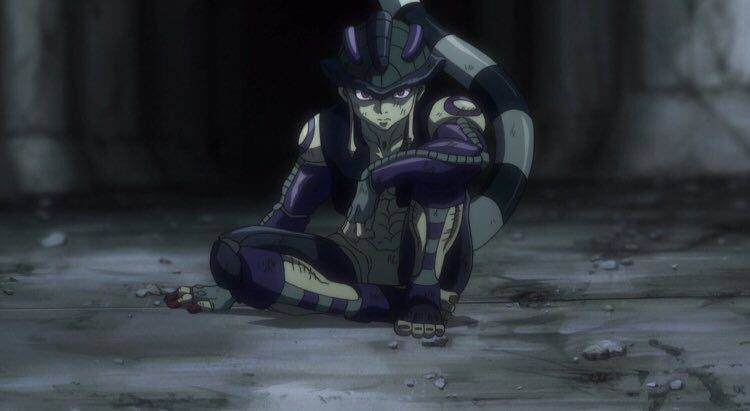 The Chimera Ant Queen’s most powerful kid was Meruem. In Hunter x Hunter, he was known as the “King” of the Chimera Ants and was the major enemy of the Chimera Ant storyline. His amazing physical prowess is equaled only by his unrivaled intellect, both of which appear to place him well beyond the realm of human possibility. As King of the Chimera Ants, he has more power than the Royal Guards, and he can increase it even more by consuming Nen users.

Meruem’s most powerful Nen ability was Aura Synthesis, which operated by him consuming other Nen users. When he ate them, their aura blended with his own, boosting his strength significantly. This is without a doubt one of Meruem’s most potent abilities, and it is what makes him such a formidable opponent. 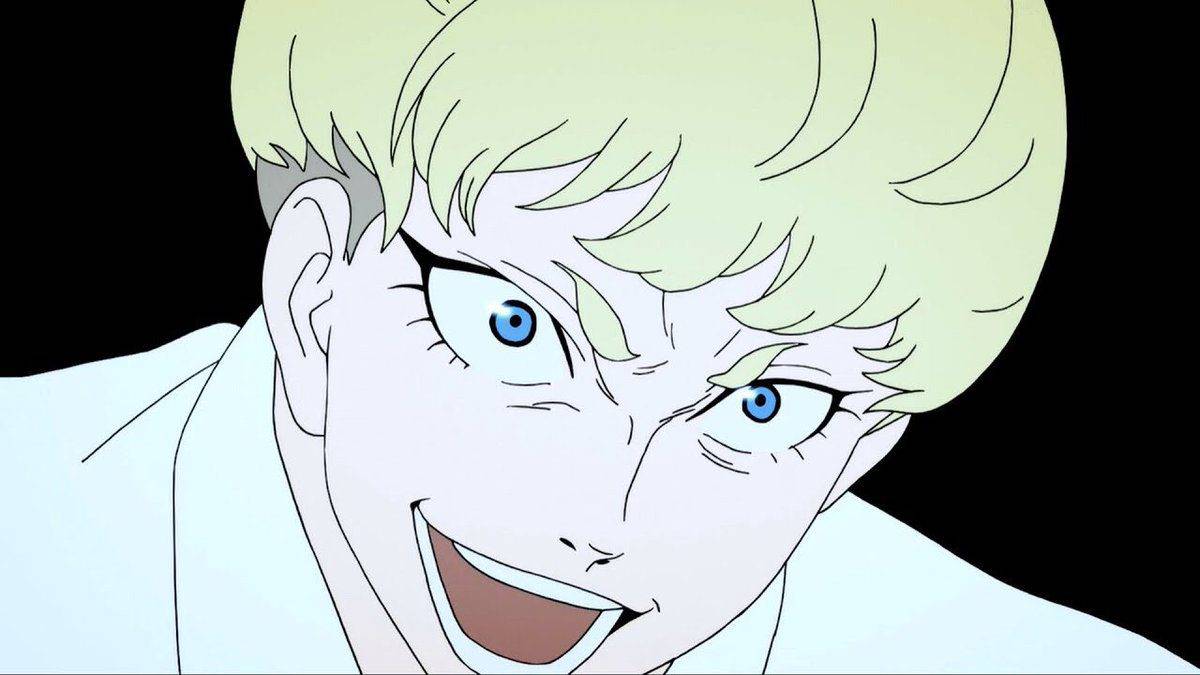 Ryou Asuka was Satan himself, brought down to Earth by God as a result of a fight. On Earth, he was held captive by the demon Psycho Jenny. Because Ryo Asuka is the devil incarnate, it’s reasonable to suppose that Satan in human form may cause massive, even world-shattering destruction. They have the ability to reincarnate as Satan at any time and place.

Since his incarnation as a male human newborn, he has displayed abilities such as growing plants, killing animals with thought, compelling water to materialize, generating force shields, and great telekinetic might. They have the ability to discharge massive beams of light that, once fully revealed, can rip the moon in half. Lightning bolts can also be conjured to strike specific targets. 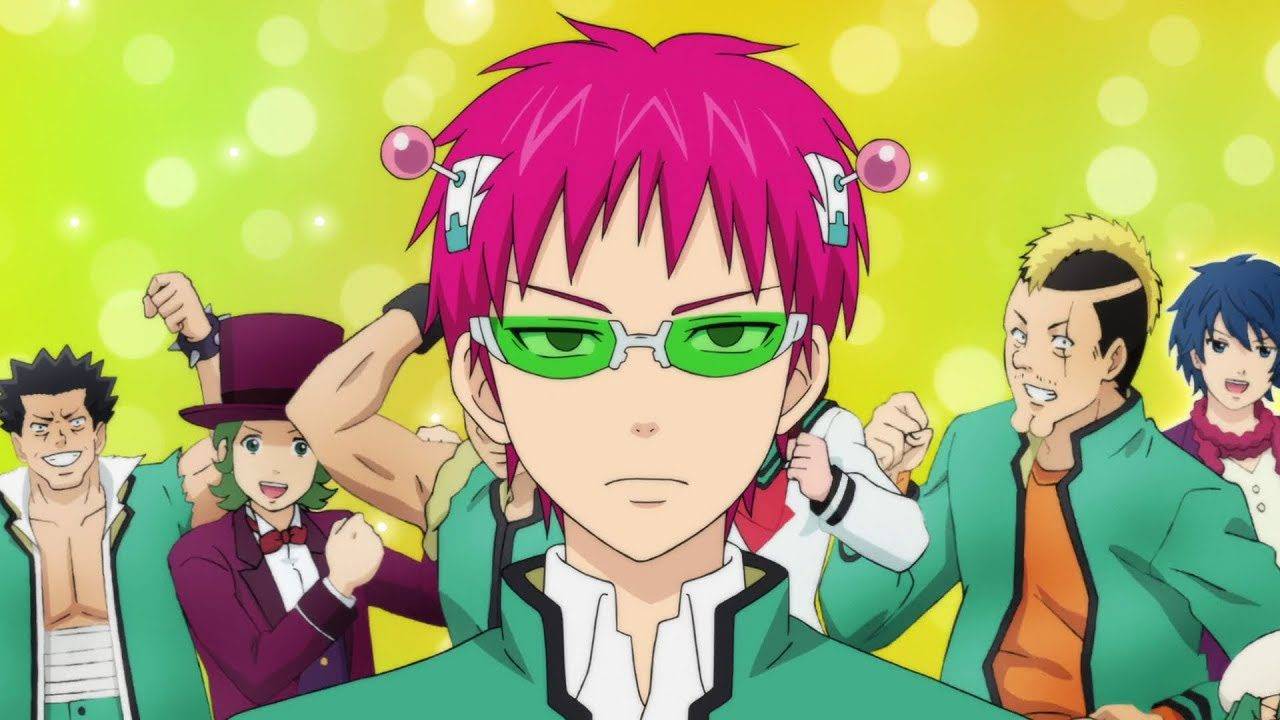 Because he is from a comic anime, Saiki does not completely fit into this list, yet it is difficult to ignore or disregard the vast array of abilities and potential he possesses. Saiki’s abilities are not only physical, but also transcend into the realm of the unknown and metaphysical. It’s practically impossible to keep track of all of Saiki Kusuo’s skills.

Telekineses, Mind Control, Memory Alteration, Hypnosis, Bilocation, Reality Fabrication, and that’s not even the full list. He’s extraordinarily powerful, can fly, and is just generally smart, in addition to possessing all of these abilities. His abilities have always been limited, and he prefers to keep them that way thanks to the two antenna-like devices on his head, so it’s difficult to say how unstoppable he could be without them. 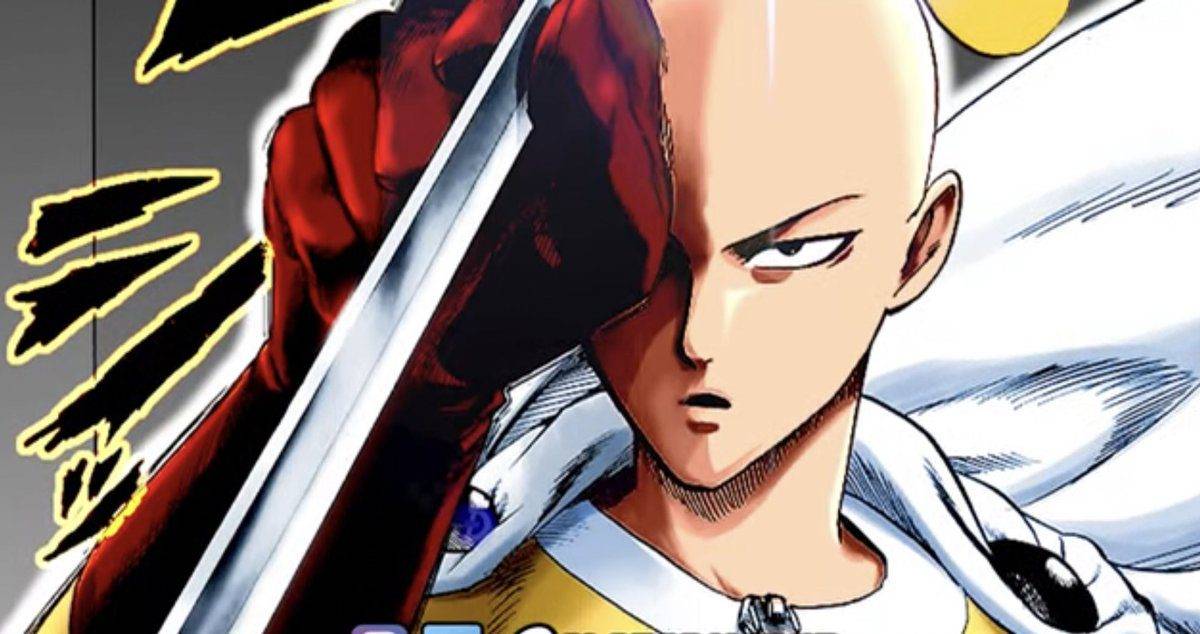 Saitama, or Captain Baldy, is arguably the most powerful anime character ever created. His one wish in life is to find someone who will truly push him, but he has yet to encounter such a person. His abilities are quite powerful, and it’s unclear how he got them.

Despite the fact that Saitama’s character is a funny character created solely to compete with other anime’s powerful characters, we cannot disregard his potential. The key characteristic of Saitama’s power is that he can pretty much defeat anyone or anything with only one punch, and that’s at his maximum capacity. 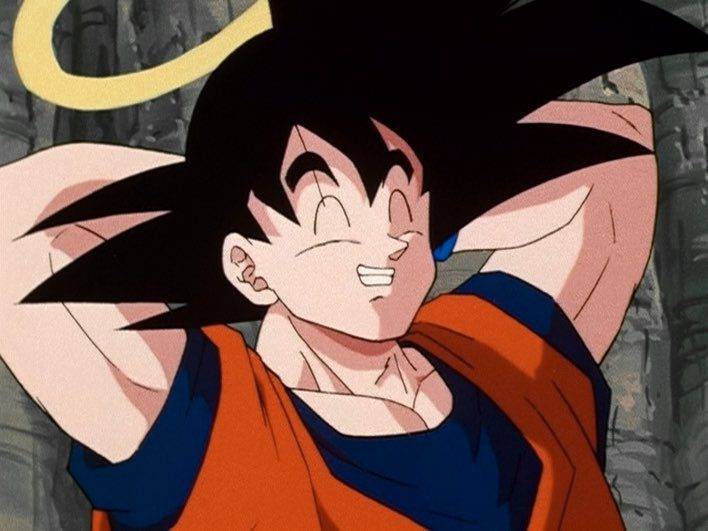 Son Goku will almost certainly be at the top of any list of the most powerful anime characters of all time, as he possesses unrivaled abilities. No other anime character has the potential to destroy galaxies, if not entire universes, as Goku does.

He is only getting stronger as a result of his constant training and power upgrades, and he is still receiving new abilities, including as his Super Saiyan God Form and Super Saiyan Blue Kaio-Ken. Other Dragon Ball Z characters can easily make the list, considering they have planet-busting abilities as well. Unless you can also revive from death twice, Goku is a battle that will be difficult to beat.