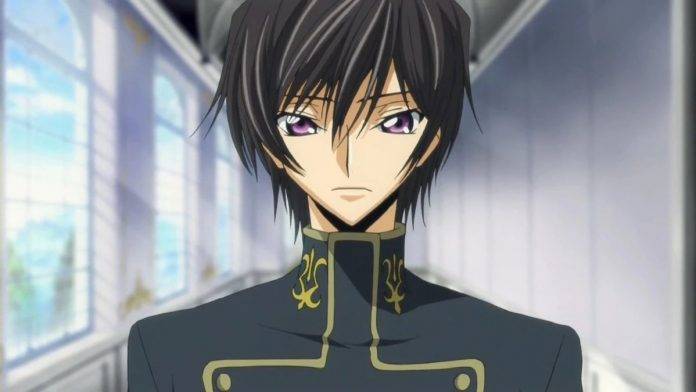 A good character is always multi-dimensional, even when they are already two-dimensional. Today’s anime clichés and ideas are constantly evolving to keep up with current events. Some folks are tired of the overly exuberant heroes and the cool sidekick who almost invariably has a dark past. Great characters who stick with us for a long time are those who are the closest to being human – claiming their victories, losing to gain strength, and experiencing both highs and lows. You may have noticed how anti-heroes or anime characters who have been forced to be wicked have a profound effect on the mind.

A whiff of evil is always exciting and keeps spectators on the edge of their seats at all times, whether it was Light Yagami in the early 2000s or Eren Jaeger, who had recently launched the legendary Rumbling. As a result, here are several anime characters who were obliged to be bad — both for the sake of the plot and for their own reasons. 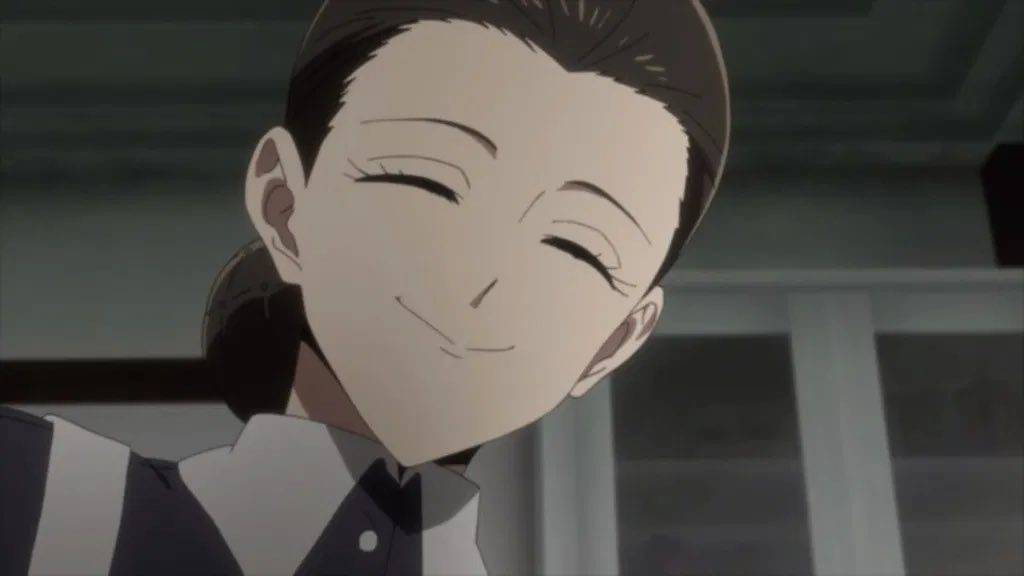 Isabella was one of the most contentious characters in The Promised Neverland. She was the custodian of the Grace Field House, and the children’s only mother. She knew what love was and was capable of it, but she decided to become a Mama in order to save her own life. She was generally friendly and empathetic with the children. When someone disagreed with her ideas or goals, she was ruthless and violent. On several of these times, Isabella didn’t have to use extreme force, but she decided to do so nevertheless. The system compelled her to become “evil” in that society, where life was terrible and survival required putting oneself first. 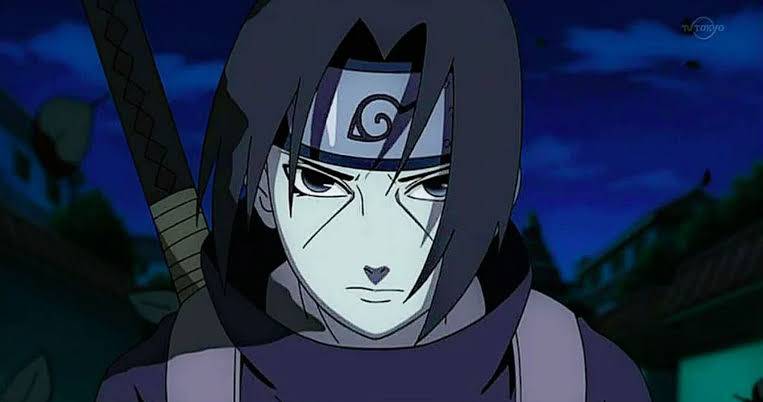 It was commonly known from a young age that Itachi had far outperformed his Uchiha clan in terms of ninja talents – both physically and psychologically. His vast knowledge and insatiable curiosity led him to the discovery of his clan’s true nature. He continued to be the villain in his brother’s eyes in order to keep his homeland secure and to keep his younger sibling Sasuke safe from harm.

Itachi was obligated to stay away from Sasuke and maintain his secret for the sake of the town, even though he loved him with all of his heart and he was the one family he truly loved and wanted to protect. The man genuinely devoted his life for his brother, which is why he is one of the most popular anime villains forced to be bad. 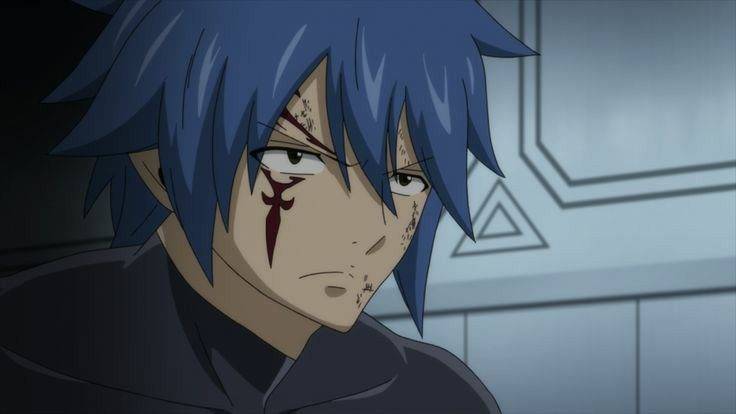 It’s no surprise that Jellal let evil powers take control of his feeble mind as a child, having spent his boyhood imprisoned and tortured in the Tower of Heaven. He believed he was possessed by Zeref, the mythical dark mage. However, it was eventually shown that he was simply under Ultear’s control. She took advantage of his doubts and bad feelings at the moment, making it easier for her to manipulate him and implant hatred in Jellal because he “agreed” with what the “voice” was teaching him, which was actually simply Ultear’s manipulation.

There is an altercation between the two friends in the climactic scene where a child Erza finally manages to persuade the slaves of the Tower Of Heaven to protest and break free from their shackles, where the evil side of Jellal is first revealed as he refuses to leave the island and “complete the will of Zeref.” 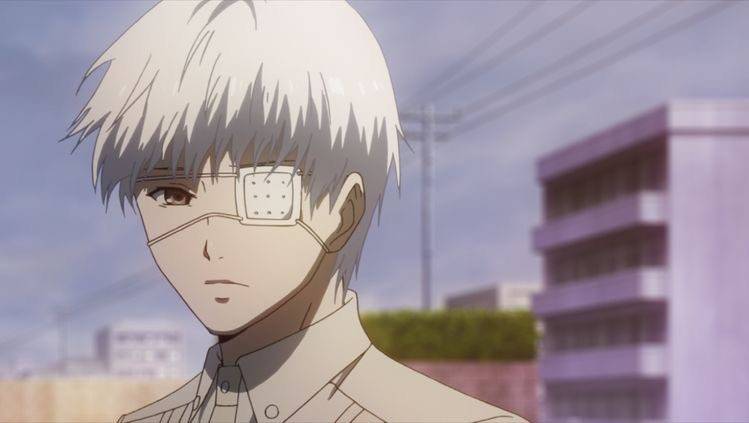 Kaneki is introduced in the anime as a cheerful, kind-hearted, and kind young man who always followed his mother’s advice to “live for others.” However, Kaneki’s life took a turn for the worst after the steel beam event. Kaneki was unable to manage his powers as a result of his weak mental state, causing several problems for everyone around him. Kaneki was the embodiment of poor coping mechanisms, yet he was also easy to manipulate. He wanted to improve in order to better defend the person she cared about.

With each big life event, though, his perspective of the universe shifted, becoming more aligned with his ghoul side. Because he killed individuals, he became something of an anti-hero, but it was justified in a way that suited the narrative of “a tiny sacrifice for the greater good of everyone.” In a moral sense, he may be deemed evil. It was, however, for the sake of survival. 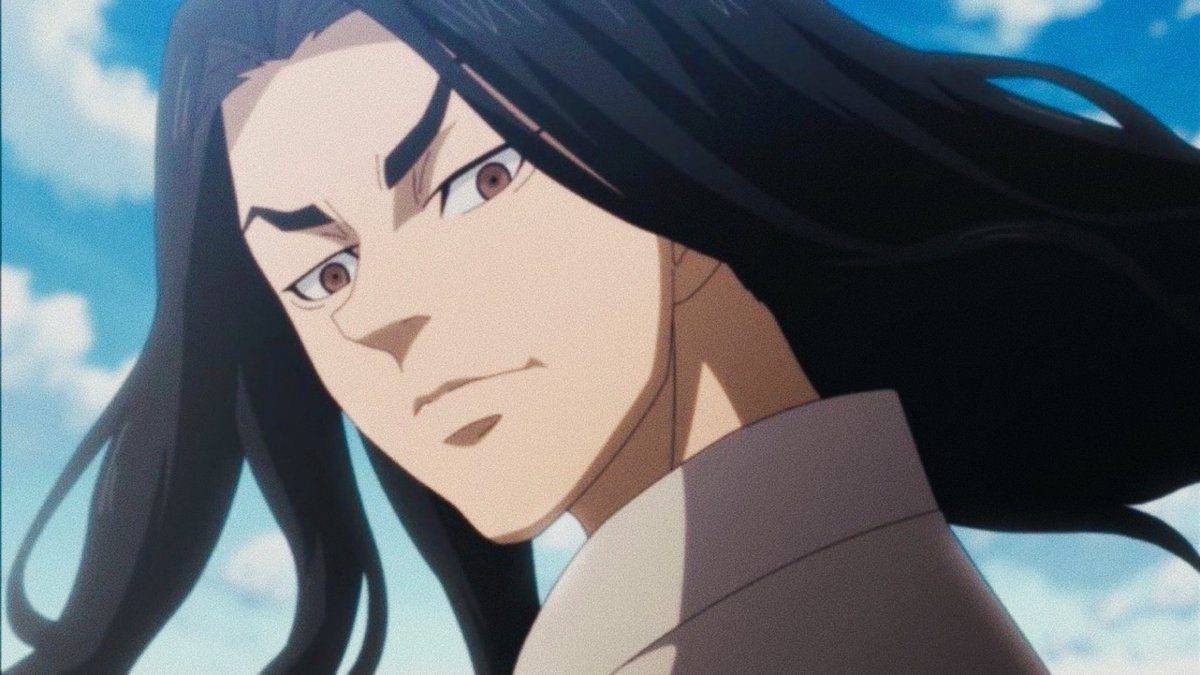 Baji was labeled “evil” for a series arc in which he joins another gang and opposes the one to which he was previously devoted. Baji pretended to want to transfer to Valhalla when he left Toman. In reality, he was entering Valhalla to discover more about Kisaki, whom Baji had previously overheard discussing the takeover of Toman and had been wary of. To demonstrate his “loyalty” to Valhalla, he even beats up Chifuyu, one of his closest pals. Baji was willing to play the villain in order to keep his comrades safe. 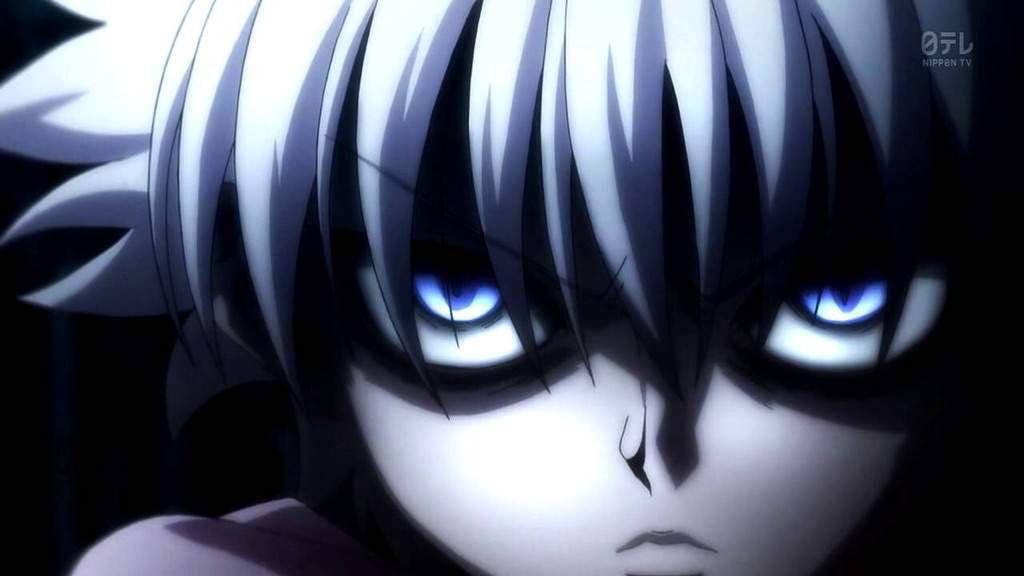 Killua Zoldyck may be one of the most adored Hunter X Hunter characters, but his dark and heavy past should not be overlooked. Killua was subjected to extensive training, including lengthy hours of torture, from a young age, to the point where his body became immune to poison and electricity was tolerable.

Killua has demonstrated a great deal of patience and endurance for physical and mental agony throughout the series, and it stems from his ‘training’ as an assassin. Looking back, you might recall Killua being cold and merciless towards others until he met Gon. Without meeting Gon and learning friendship, the boy would have been forced down the path of evil and could have become a powerful and merciless killer. 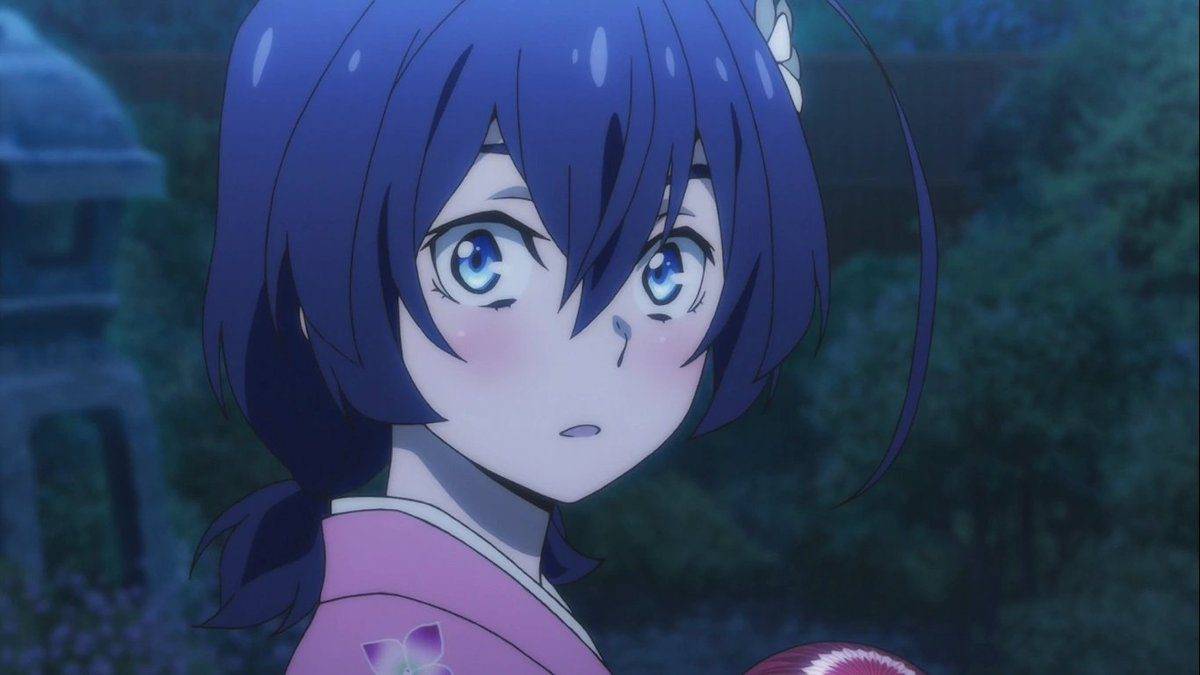 Kyouka’s childhood trauma, like that of most anime characters forced to be wicked, is what drove her to join the baddies. Vicious Snow, the harmful ability that killed her parents, was known as a wicked creature that could only kill. As a result, Kyouka was persuaded to believe that she was only good for murdering, to the point where she felt guilty enough to attempt suicide.

We would never have learned that Kyouka is simply a small girl who was duped by Port Mafia into believing she is a killing machine if she hadn’t been spared by Atsushi. While she may have committed unforgivable actions, we must never forget that she was simply a little girl who was forced to be terrible. 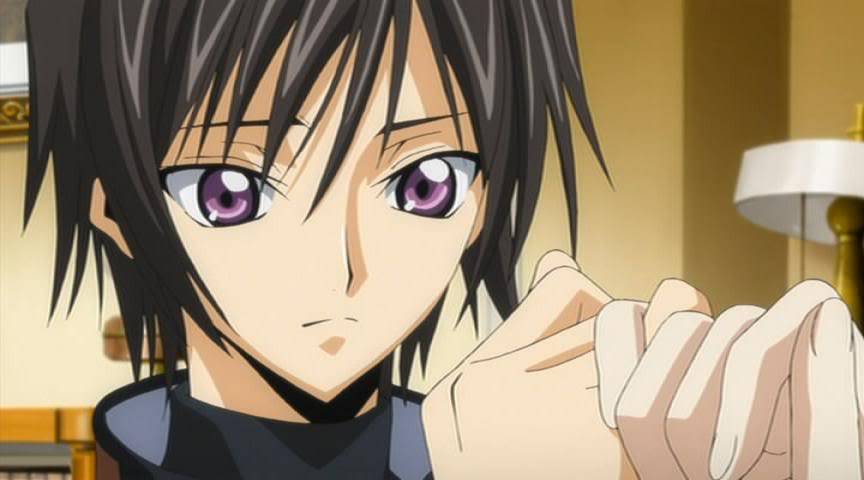 Lelouch vi Britannia is one of the most well-known and well-liked MCs in history. This was not a simple task for the man. Separated from his family at a young age, witnessing tragic events affecting the well-being of an entire nation, and losing the person he loved most in the world – all of these tragedies shaped him into the final evil we saw.

Lelouch had chosen to end all of humanity’s suffering on his own after finally understanding the nature of the planet and how hate had engulfed the majority of humanity. By portraying himself as the villain to his people and going on a rampage of blood and murder, he gathered all of the world’s hatred against him and carried it with him so that the people would no longer have to suffer. 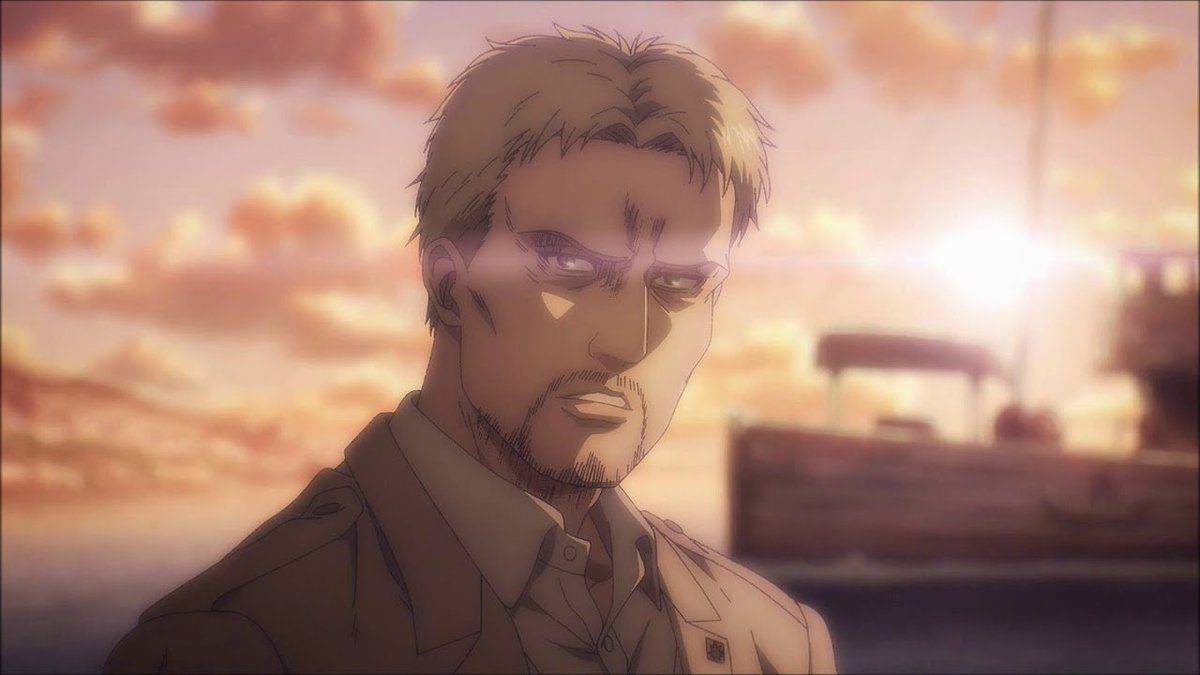 While deciding whether Eren Jaeger’s acts are good or harmful is a personal choice, no one can deny that Reiner was forced to follow the road of evil. Reiner Braun experienced horrific occurrences throughout his life as an outsider in the land he was born in, discriminated against and loathed for something he had no connection with, and then manipulated into an almost-suicidal goal.

All he wanted was to be recognized by his inattentive parents and live a happy life, but his youth was taken from him (as it was for other Marleyan Warrior Candidates), and he was forced to do things he didn’t want to do once he learned more about Eldians. Reiner’s severe mental diseases and erratic personality reflect the themes of post-traumatic stress disorder (PTSD), and there is no way to deny that he was a victim who was forced into his horrible activities. 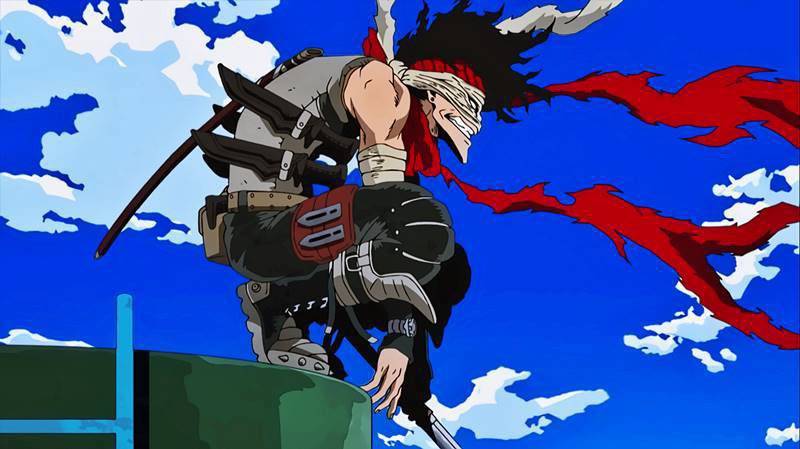 My Hero Academia gives us a sense of security at first, but as the series progresses, Hero Killer Stain’s actions shock us and make us to confront the truth about justice and heroism in society. Stain is the first villain with a terrible past, intriguing ideas, and, most importantly, the kind of drive that paralyzes even the most powerful heroes. He’s a ticking time bomb about to detonate in one of the series’ most tense battles. The villain wields considerable power. Stain’s crimes, paired with his horrific past, pervade the minds of those who have felt wronged by society in some way, much as All Might’s colossal smile and triumphal gestures enthrall the crowd and inspire the young and bold.

Stain was originally Stendhal, a vigilante hero who had no qualms about executing criminals if he thought them unsuitable to have their powers. After his confrontation with Knuckleduster, Stendhal’s opinions shifted, and he began to believe that “fake heroes” were at the root of society’s problems, leading him to become the infamous hero killer for which he is now infamous.