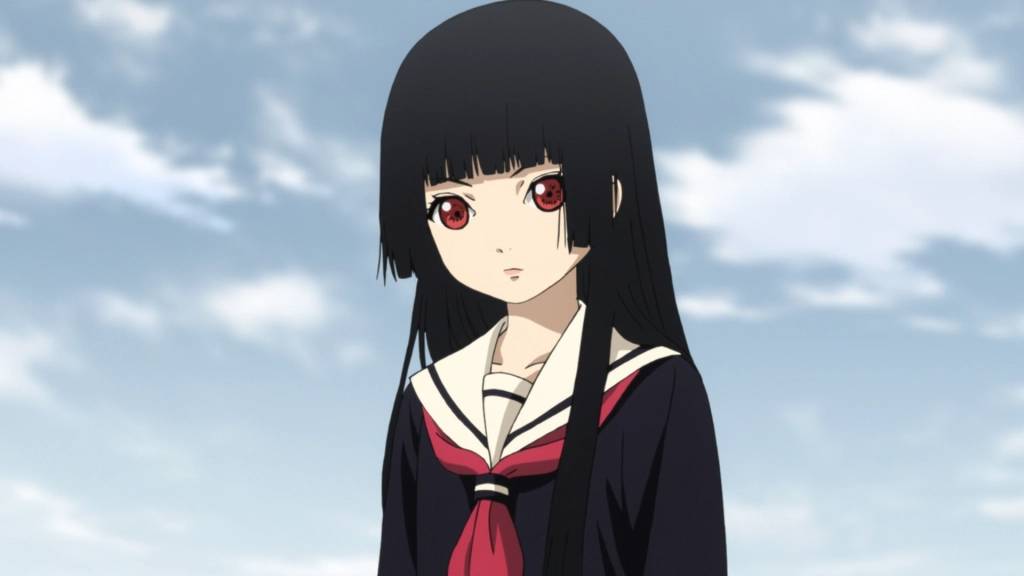 Miko Yotsuya, an average schoolgirl who gains the power to perceive horrifying monsters strolling around her, is the protagonist of Passione studio’s ‘Mieruko-chan.’ Despite the fact that the terrifying truth overwhelms her, she quickly learns that the best course of action in her circumstance is to ignore the ghosts following her. Miko’s fight with the unpleasant reality begins here, but she eventually finds a way to put her newfound skill to the best possible use for the greater good.

‘Mieruko-chan’ is one of those horror anime that keeps you on the edge of your seat with each episode, so it’s only logical that once you’ve seen it, you’ll want to find more like it. As a result, we’ve put together a list of shows that fans of the series will love. Most of these shows, including ‘Mieruko-chan,’ are available on Netflix, Hulu, Crunchyroll, Funimation, or Amazon Prime. 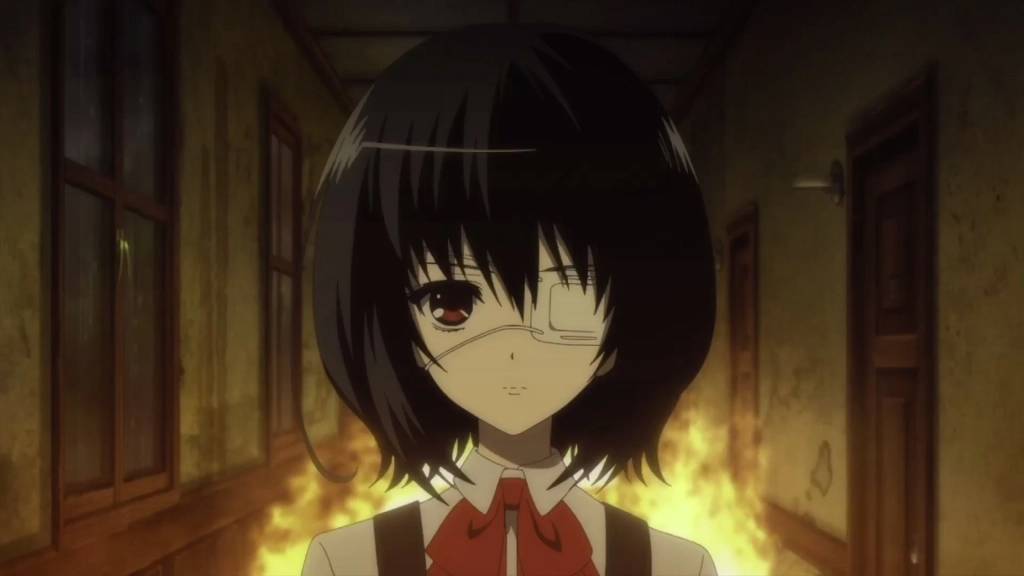 Kouichi Sakakibara is a new transfer student at Yomiyama North Junior High who quickly makes friends with his classmate Mei Misaki. Regrettably, the other students frequently caution him about going too close to things that don’t exist. Sakakibara finds himself in the midst of a violent struggle for survival, torn between their enigmatic messages and a sequence of horrific incidents. ‘Another,’ like ‘Mieruko-chan,’ revolves around a young schoolgirl with magical talents that, in the end, prove to be crucial in solving the show’s premise’s secrets. The animation can be viewed here. 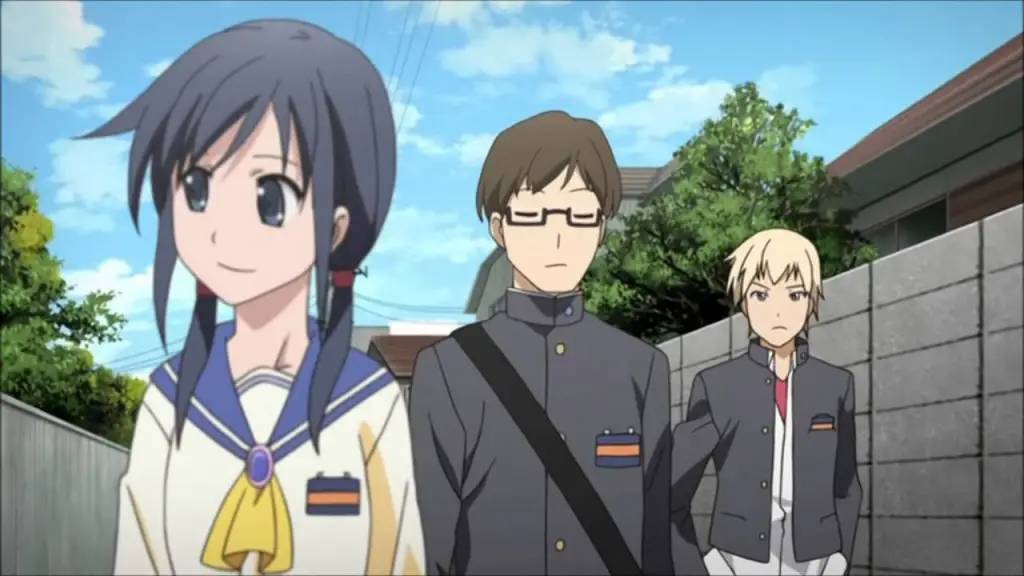 Nine Kisaragi Academy students execute a benign ceremony to say a friend farewell, unaware of the far-reaching implications. The charm unwittingly links their school to the Heavenly Host Academy, which was destroyed after a series of misfortunes. After becoming stranded in an alternate universe, the student must now fight for their lives as ghosts from the past pursue them. Like ‘Meiruko-chan,’ the anime is a good horror show that keeps viewers guessing. It’s available to watch online. 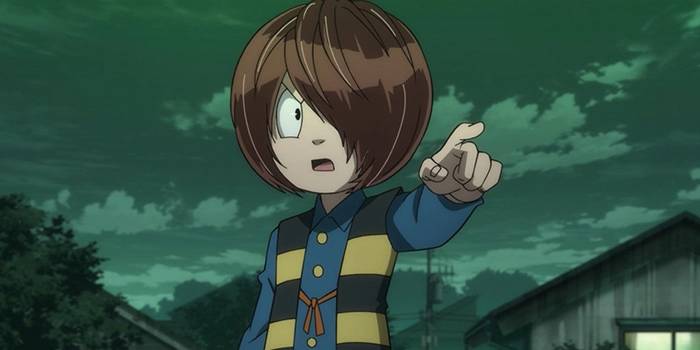 For as long as anybody can remember, youkai have been an important part of Japanese folklore. Unfortunately, humans in the twentieth century have forgotten about youkai’s rich history, and no one believes they ever existed. Everything changes, however, when the modern world, with all of its technical expertise, is struck by a bizarre plague that leaves everyone baffled. Mana, a thirteen-year-old girl, follows her curiosity to unexpected places as long-hidden mysteries are revealed.

‘GeGeGe no Kitaro,’ like ‘Mieruko-chan,’ is a supernatural anime centered on various incomprehensible riddles with a little girl at its heart. As a result, if horror anime fans enjoyed the latter, they should absolutely add the former to their watchlist as well. All of the episodes are available to watch online.

The Hell Correspondence website allows anyone with a grudge to use Ai Enma, the Hell Girl, to consign their foes to hell. Unfortunately, taking retribution comes at a high price for humans, since they will also spend eternity in hell after they die. When the second part of the bargain is offered to some, they believe the price of vengeance is simply too expensive, while others are so consumed by hatred that they don’t mind sacrificing themselves in the process.

Despite the turmoil, the Hell Girl does an excellent job and maintains an amoral attitude throughout the procedure. Anyone looking for a horror show centered on a young girl with unknown supernatural skills should watch the anime. Here’s where you can see ‘Hell Girl.’ 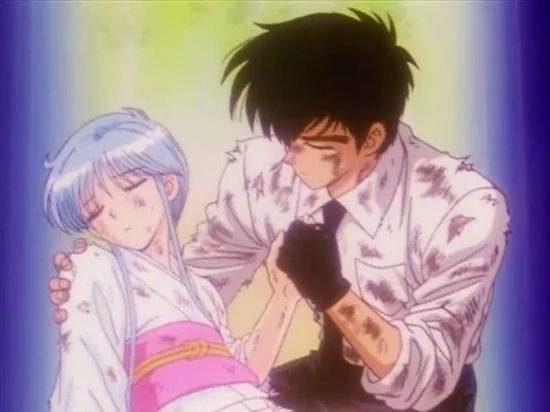 Nube may appear to be just like any other teacher who is concerned about his kids’ well-being. But he harbors a deadly secret that could jeopardize the lives of his loved ones. He’s gained the ability to feel ghosts and spirits in some way. He also conceals a monster hand beneath his glove, which he can use to battle otherworldly beings. He utilizes it to protect his students from all of the perils that surround them, just as Miko does when she uses her powers for the greater good. 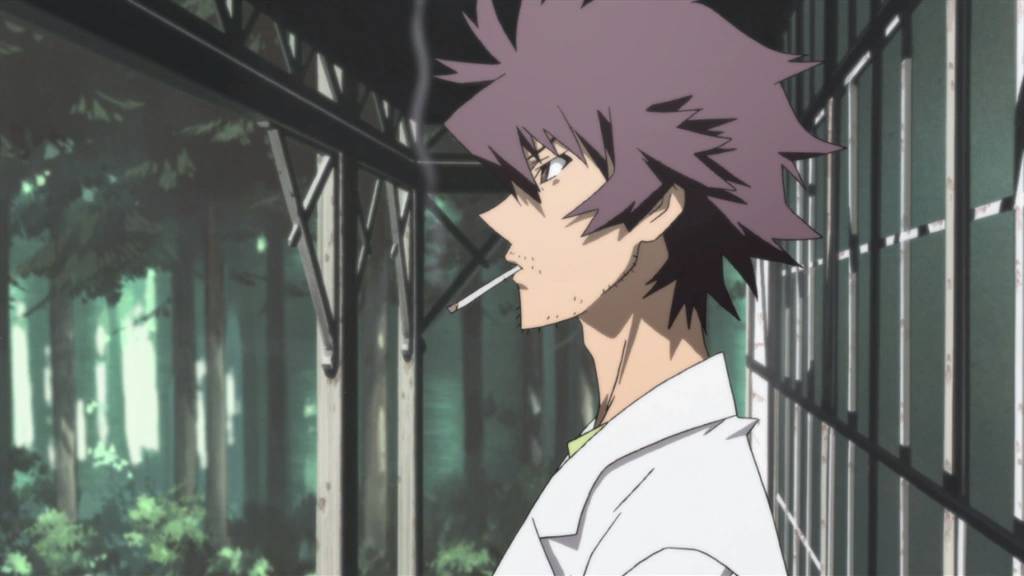 When the body of Megumi Shimizu, a young girl, is discovered, the fate of the small hamlet of Sotoba changes. In the weeks that follow, the town doctor, Toshio Ozaki, becomes increasingly concerned that some evil powers are at work, and that it can’t just be an illness. The doctor tries to figure out what’s going on with Megumi’s pals Kaori and Akira Tanaka, as well as Natsuno Yuuki, but all he finds are clues that lead him to the Kanemasa estate.

Despite having few parallels to ‘Meiruko-chan,’ ‘Shiki’ manages to keep viewers on the edge of their seats with its gripping storytelling, making it one of the horror anime that horror aficionados should absolutely watch. All of the episodes are available to watch online. 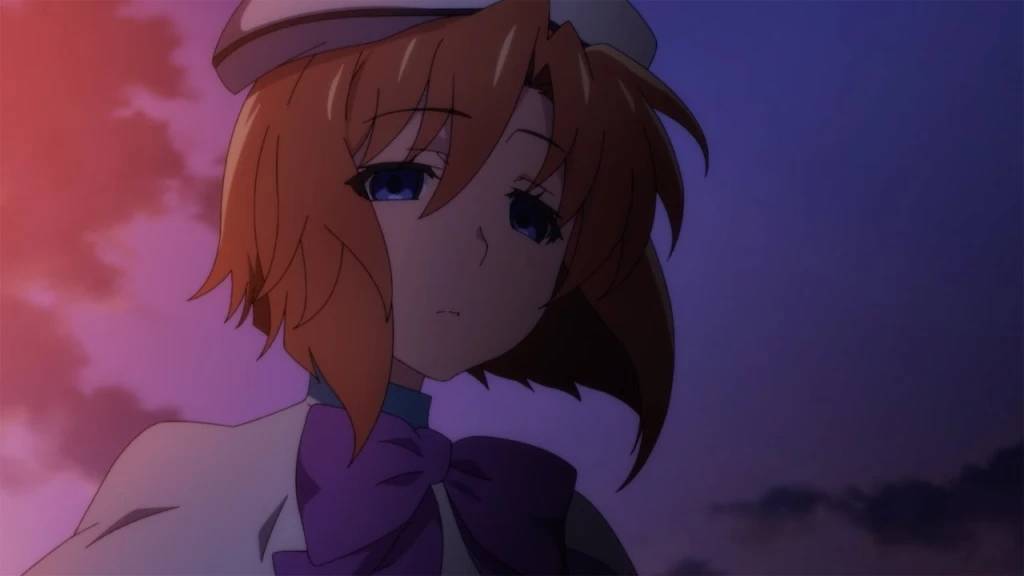 Keiichi Maebara travels to Hinamizawa in the summer of 1983, a lovely little village where he quickly makes friends with Satoko, Rena, Mion, and Rika. They all go to the same school, and on the surface, it appears that village life will suit Keiichi. As the yearly festival approaches, it becomes clear that Hinamizawa is not the idyllic town it appears to be, and Keiichi’s efforts to uncover the region’s dark side fail miserably as his new acquaintances refuse to provide him with any valuable information.

‘When They Cry’ tells the narrative of a high school student who, like Miko from ‘Mieruko-chan,’ is determined to understand the terrible secret of the supernatural creatures surrounding him. While the dynamics may alter, the idea stays the same, thus lovers of the latter should put ‘When They Cry’ on their radar. You can find all of the episodes of the anime here if you want to watch it right now.