Just as frightening as the CGI-ed Luke Skywalker from The Mandalorian is a TikTok that shows a fairly robust version of Baby Yoda in cake form. With The Mandalorian, Star Wars established its presence on the developing streaming service even before Marvel episodes took over Disney+ every week. The 2019 series’ debut brought the huge franchise back to its earlier days by recounting the tale of a single bounty hunter exploring the galaxy. The launch of The Mandalorian, starring Pedro Pascal as the title character, was met with a tremendous lot of anticipation. But no one anticipated that one tiny kid would inspire the play to become a worldwide sensation.

The true plot of The Mandalorian was revealed in the final moments of the first episode: Din Djarin was going to guard a strong young child who resembled Yoda. The child’s name was Grogu, as revealed in The Mandalorian season 2, but Baby Yoda has become a popular nickname among viewers. Due to his naughty activities and endearing relationship with Din, Baby Yoda has emerged as the MVP of The Mandalorian. Baby Yoda’s part in the show is currently up in the air, but supporters are still expressing their affection.

Baby Yoda gets a makeover in a Baking Thursdays TikTok video where he appears as a cake. The video demonstrates the step-by-step process for producing the buff Grogu cake, and while the finished product undoubtedly looks delicious, it is startling to watch the little child appear to be able to lift 100-pound weights. The fact that the finished design appears to be quite realistic is also a credit to the baker, Amanda. 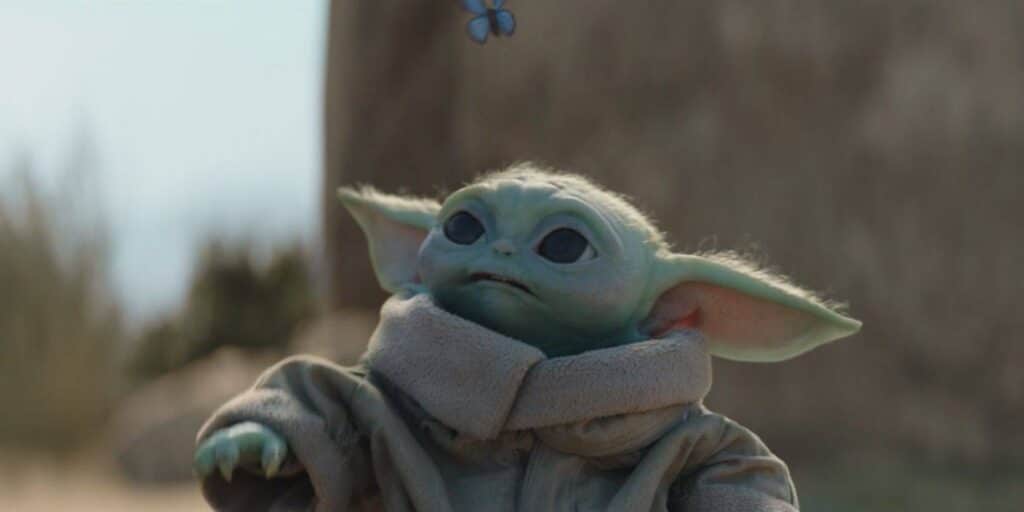 Grogu has evolved into the ideal fan inspiration since making his television debut on The Mandalorian. These days, Baby Yoda is the most popular Star War character, whether it be through fan art, cosplay, or, as seen in the TikTok, cakes. When you think about it, it’s funny to realise that Jon Favreau and Dave Filoni, the show’s creators, had no idea Baby Yoda would grow to be as famous as he has. It just goes to demonstrate that you can’t always foresee how an audience would react.

With Luke Skywalker’s appearance in the Mandalorian season 2 finale, the show’s status quo underwent a significant change. Sadly, Din was split from from Baby Yoda when Luke arrived to instruct him in the ways of the Force. Given that a third season of The Mandalorian is already assured, it is likely that Baby Yoda’s narrative isn’t over yet. Fans will have to wait a little longer to learn if he will return because his return hasn’t been officially announced. Maybe all that Jedi training will make him look like the guy in the TikTok. It’s undoubtedly a concept. What matters is whether it’s a good one.