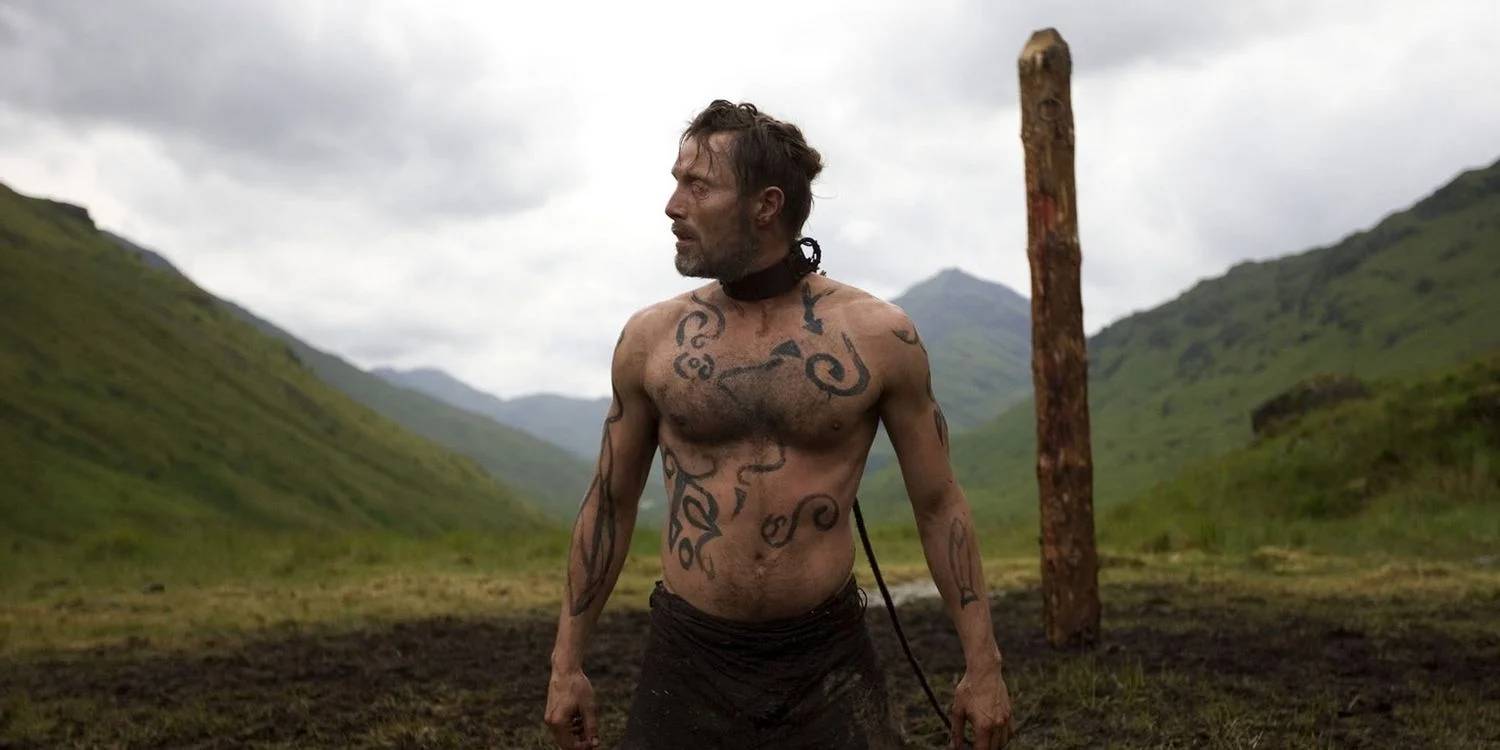 Historical epics, believe it or not, are one of the oldest film genres ever created. The strong characters, larger-than-life sceneries, and massive action sequences are not only aesthetically engaging, but also make an indelible effect on the spectator. That’s why, even years after their premiere, most good historical films stay famous. Historical films have come a long way, from Giovanni Pastrone’s Cabiria in 1914 to Robert Eggers’ The Northman in 2022, with some award-winning, breathtaking works along the way.

The Northman has already established itself as a leader in the historical genre, ranking among the top films of 2022 thus far. The Viking epic, like some of its great predecessors, is a stunning piece of storytelling woven within a well-told story. The Northman has jogged our recollections of all the amazing historical films that have been made over the years. So, with our top picks of award-winning historical films in chronological sequence, we decided to honor history through cinema. So, how about we get this party started? 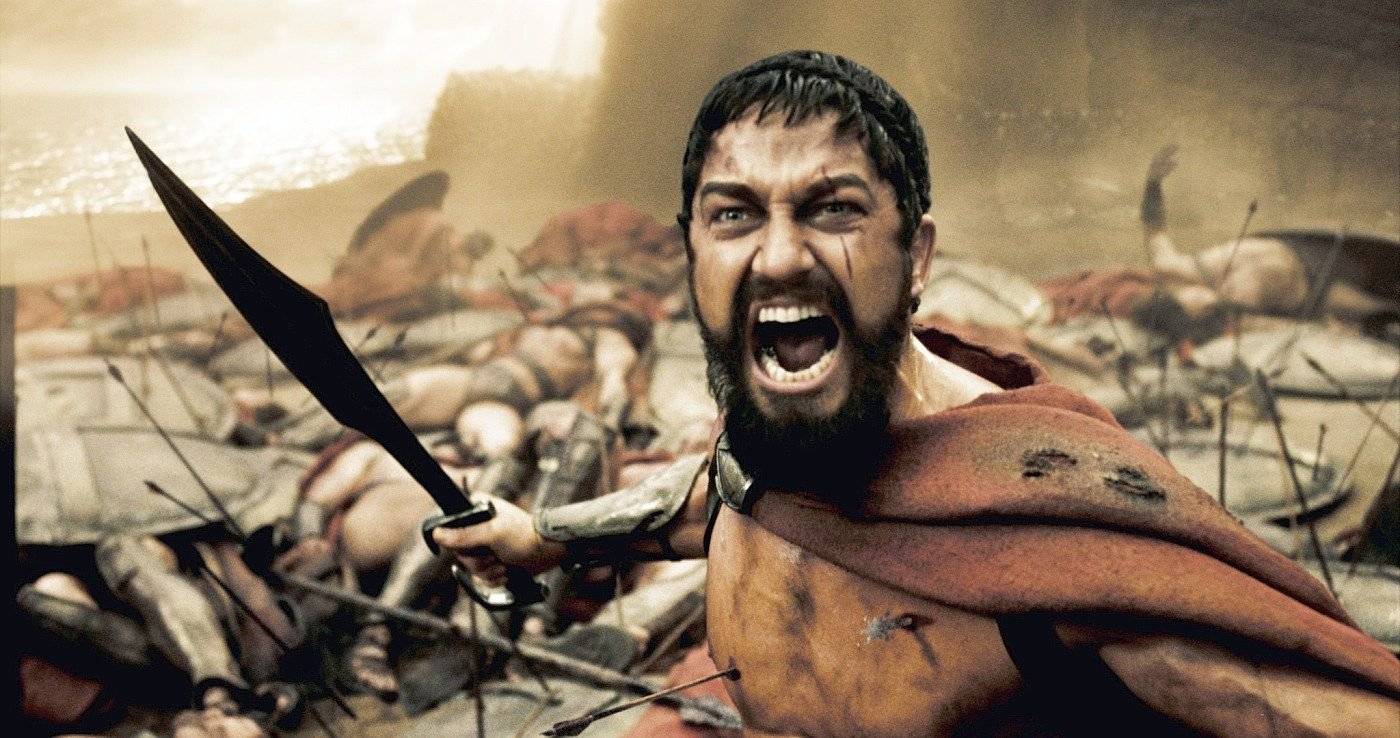 Let’s get this out there straight immediately. This is not a film for historians or anyone who believe in historical accuracy. This Zack Snyder directed film is a dramatized recounting of the Battle of Thermopylae, fought between the Spartans and Persians, and is based on the 1998 comic series of the same name by Frank Miller and Lynn Varley.

The plot follows 300 Spartan warriors headed by King Leonidas as they face off against Xerxes and his 300,000-strong army. Whether true or not, the film’s portrayal of the Spartans’ unequaled valor and warriorhood is only enhanced by Gerard Butler’s grim performance as Leonidas. 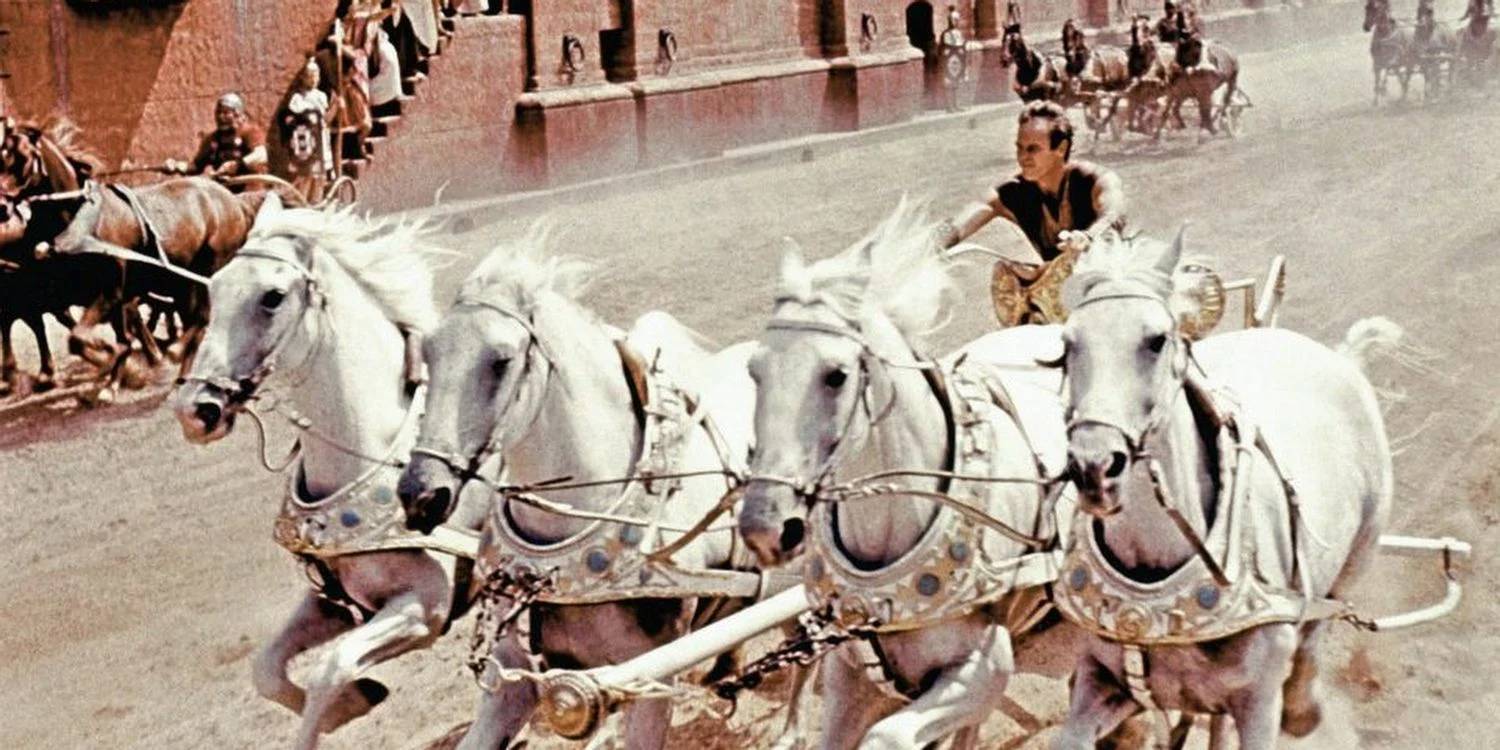 Ben-Hur is more than a movie; it’s a spectacle that has lasted decades after its conception, with a record 11 Academy Awards and wonderful acclaim from fans and critics alike. The film is a remake of the silent film of the same name, which was based on Lew Wallace’s 1880 novel Ben-Hur: A Tale of the Christ. Judah Ben-Hur is a wealthy Jewish prince of Judaea who is sold into slavery by a former boyhood friend who is now a Roman imperial. Ben-Hur survived the terrible murder of his family but vows vengeance.

Charlton Heston plays the eponymous role in the religious epic film directed by William Wyler, which earned him the Academy Award for Best Actor of the Year for his career-defining performance. Ben-Hur ranks as an example of excellent filmmaking in Hollywood history, with over 15,000 extras, an enormous chariot race scene, and an overwhelming sea-battle sequence. 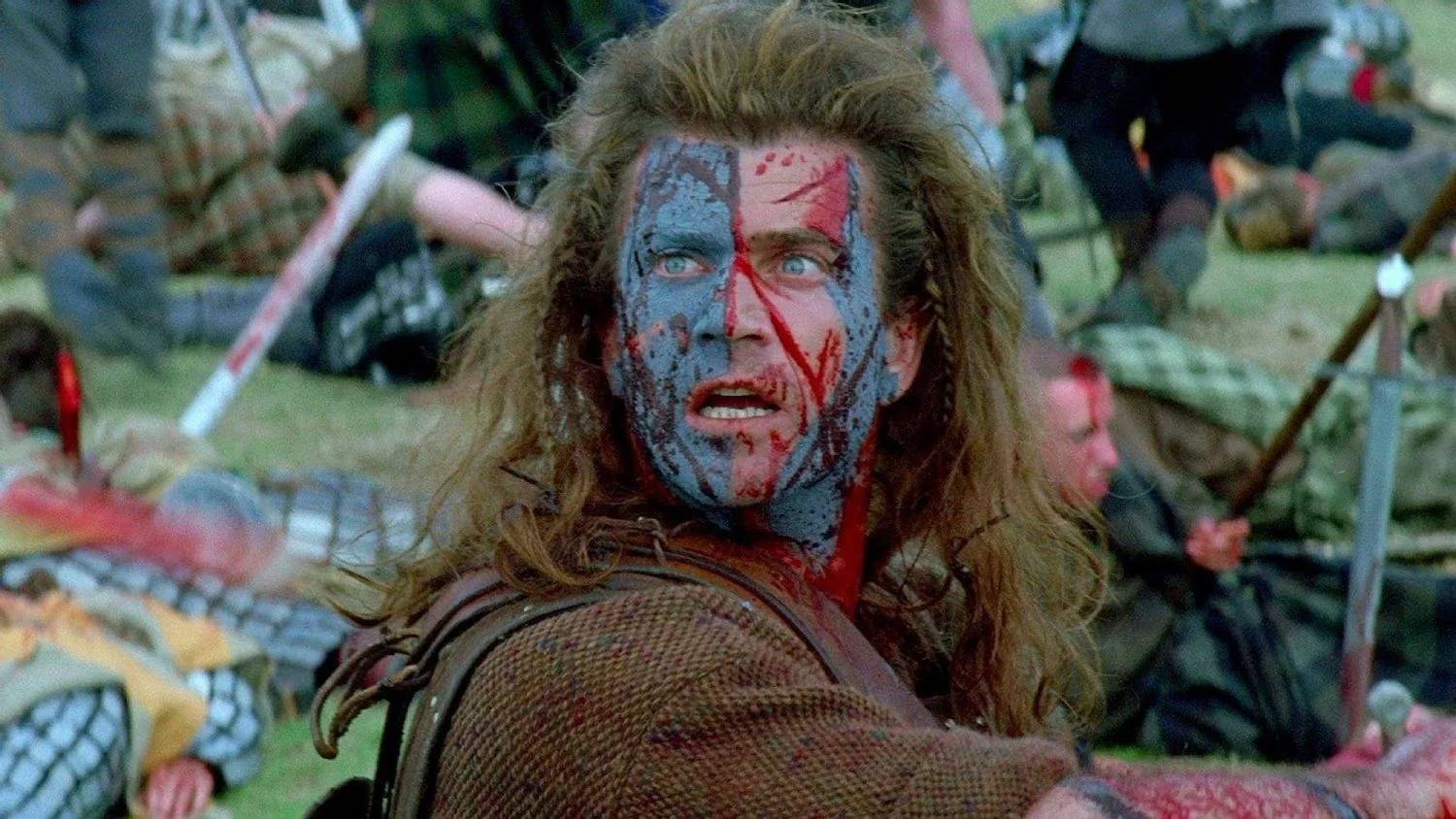 The Actes and Deidis of the Illustre and Vallyeant Campioun SchirWilliam Wallace by Blind Harry is the inspiration for the multi-award-winning film. Mel Gibson directs, produces, and stars in the film as the primary actor. He plays Sir William Wallace, a 13th-century Scottish warrior who rallies his compatriots against King Edward I of England in the First War of Scottish Independence. Braveheart has won five Academy Awards and has received widespread praise for its gripping story and production. 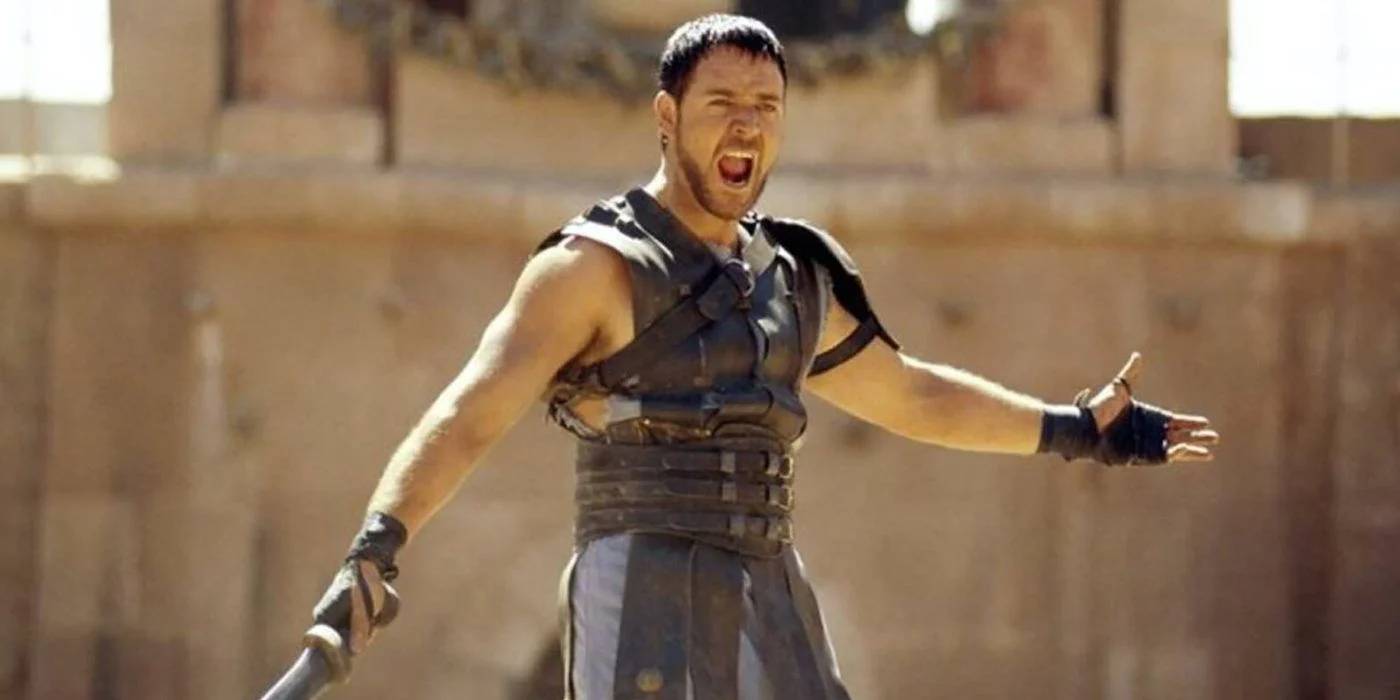 This award-winning new-millennium film is also regarded as one of the best historical dramas of the last two decades. Gladiator, Ridley Scott’s greatest masterpiece (or so we’d like to believe), stars Russell Crowe as Maximus the gladiator. Maximus, a valued general of the Roman Emperor, is sold into slavery after his death. He steals the show with his bravery and fighting skills, leading a vast army to victory.

The representation of slavery and reenactments of famous battles in this film are praiseworthy, despite being brutal and gory to some extent. Joaquin Phoenix, Connie Nielsen, Ralf Möller, Oliver Reed, Djimon Hounsou, Derek Jacobi, John Shrapnel, Richard Harris, and Tommy Flanagan are among the ensemble cast members. 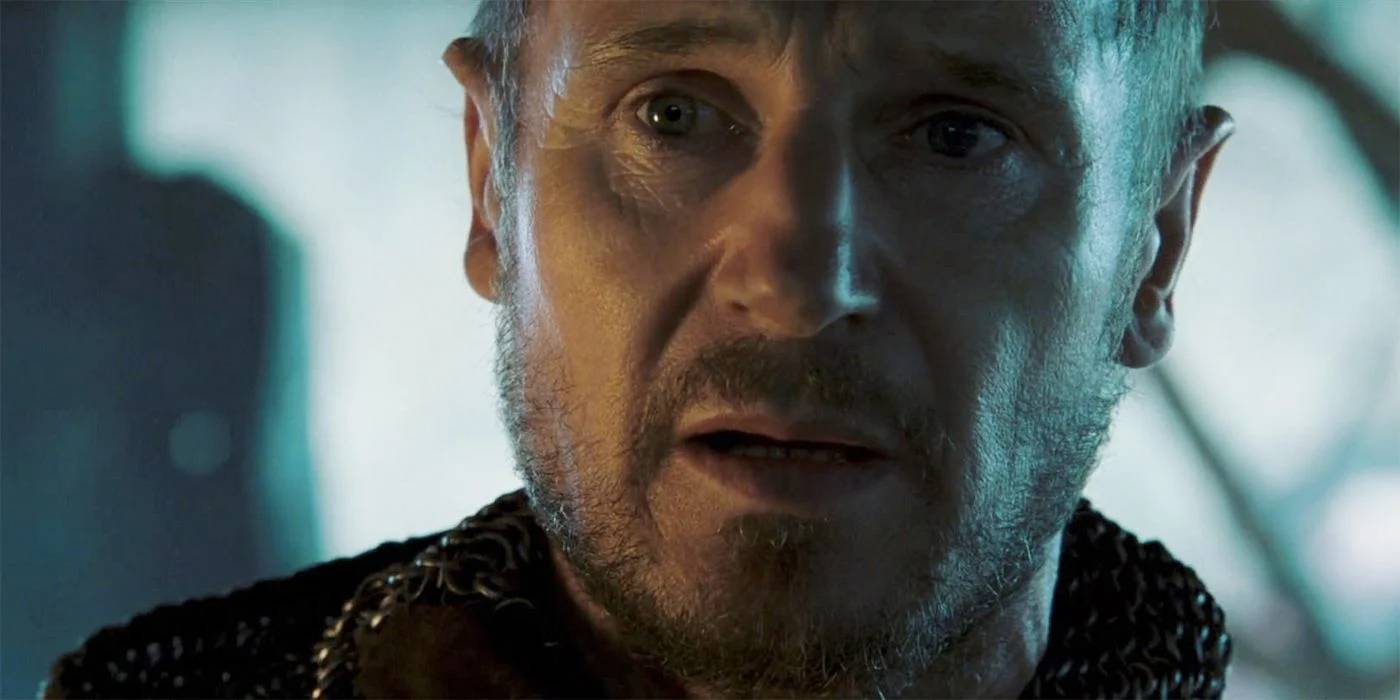 This historical epic, directed by Ridley Scott, deals with the complexity of faiths via a dark and tragic narrative. Set during the Crusades in the 12th century, the story follows a French blacksmith named Balian as he travels to Jerusalem to preserve the city from Sultan Saladin, who is attempting to reclaim the city from the Christians. In the epic Battle of Hattin, the two heroes face off, but each has his own set of values and beliefs. 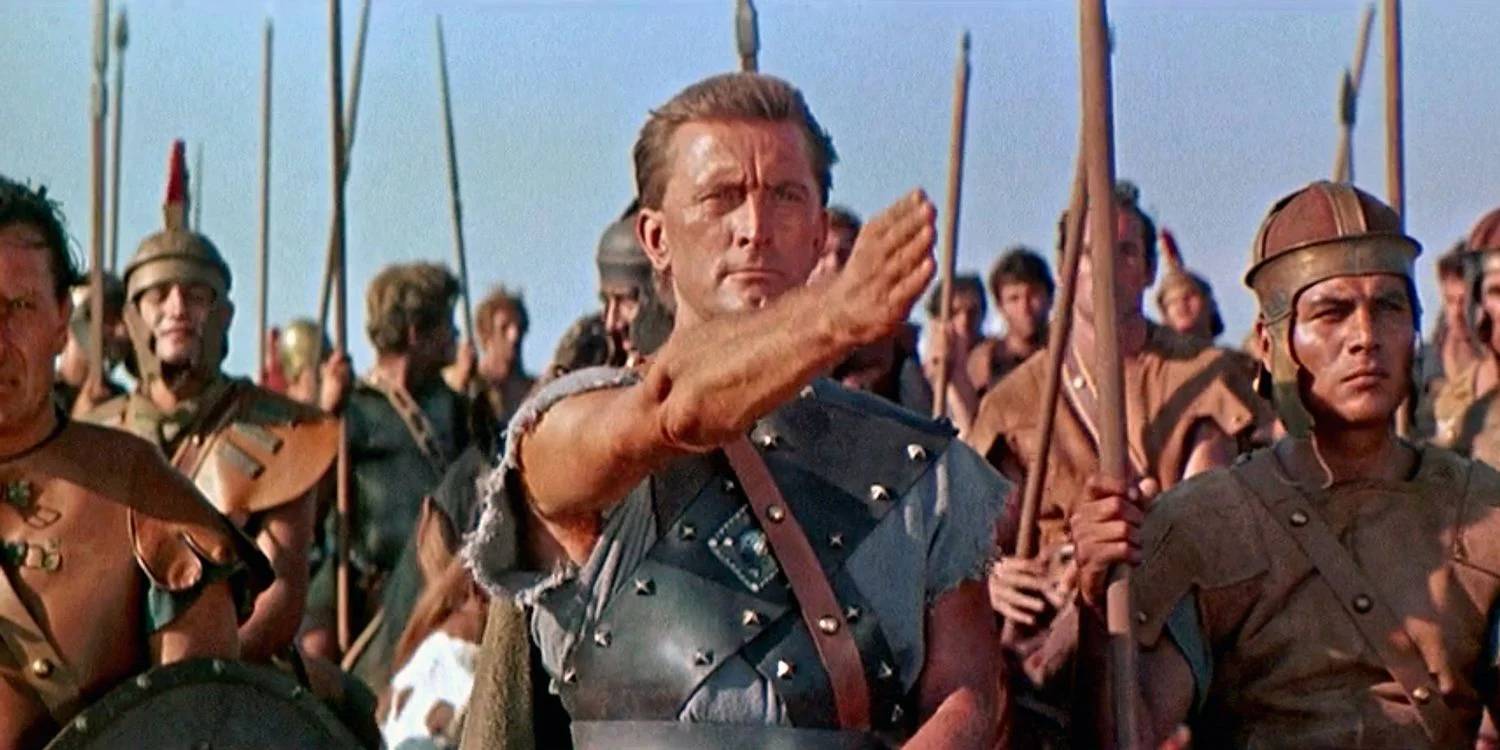 Spartacus is a historical masterpiece that features Kirk Douglas in the title character and Stanley Kubrick’s directorial talent, earning the film four Academy Awards. The plot is based on Howard Fast’s namesake novel and is inspired by the story of Spartacus, a slave revolt leader, and centres around the events of the Third Servile War, which are woven into a story of liberation, love, and political corruption inside the Roman Empire. 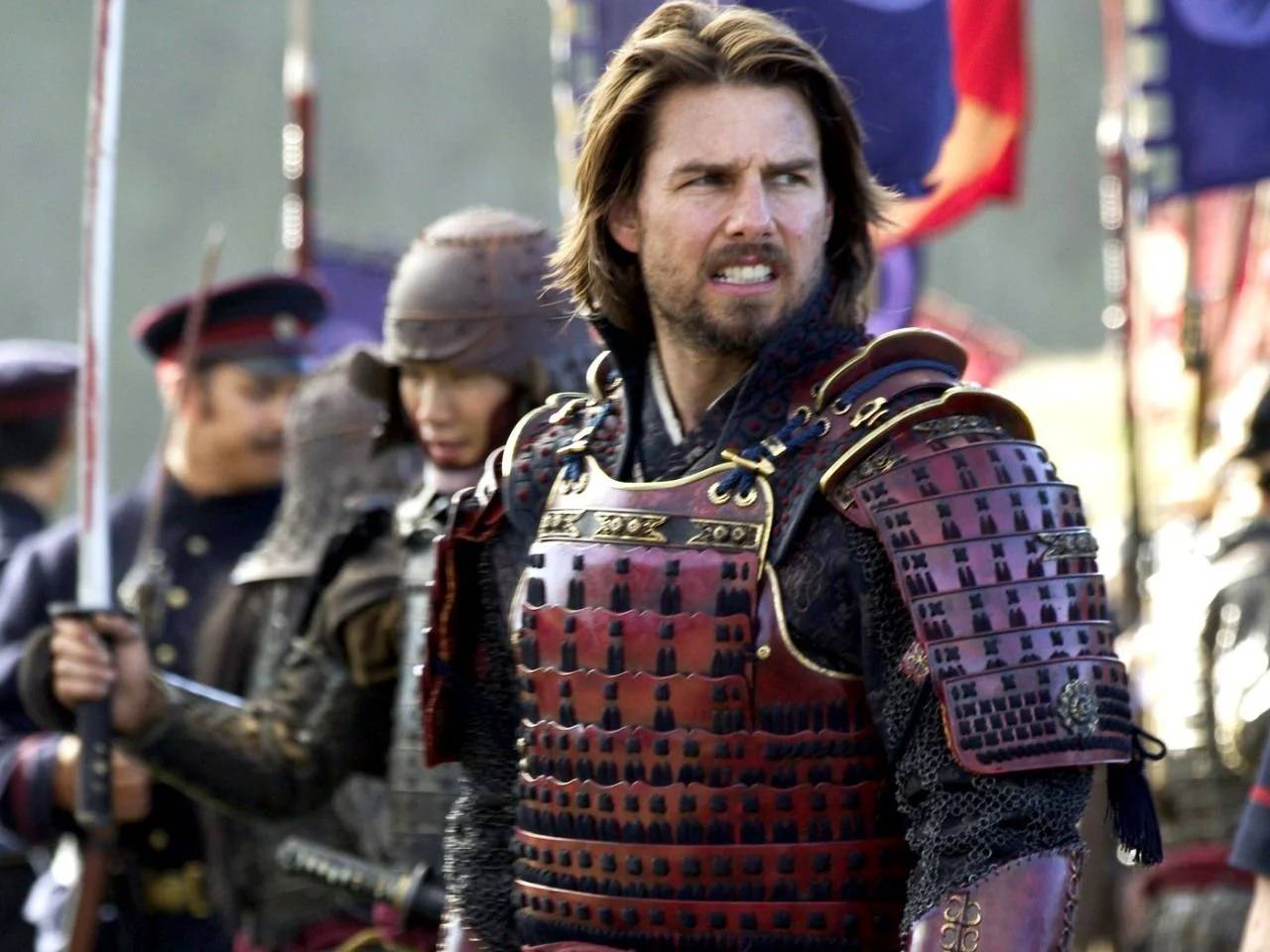 The tension between history and modernism in two very different cultures is highlighted in this historical action-drama film. The Last Samurai is a film set in 19th century Japan about a veteran soldier named Nathan Algren who is haunted by his battlefield memories. He is dispatched to Japan to train a Japanese army in order to put down an uprising against the new Emperor. However, his quest transforms into a journey of self-discovery and development, providing him with a new sense of purpose.

The Last Samurai is a beautifully-made film that might be considered one of Cruise’s best works, with opulent sets and rich costumes, highlighted by award-worthy performances by Tom Cruise and Ken Watanabe. The Last Samurai, directed by Edward Zwick, also stars Timothy Spall, Billy Connolly, Tony Goldwyn, Hiroyuki Sanada, Koyuki, and Shin Koyamada. 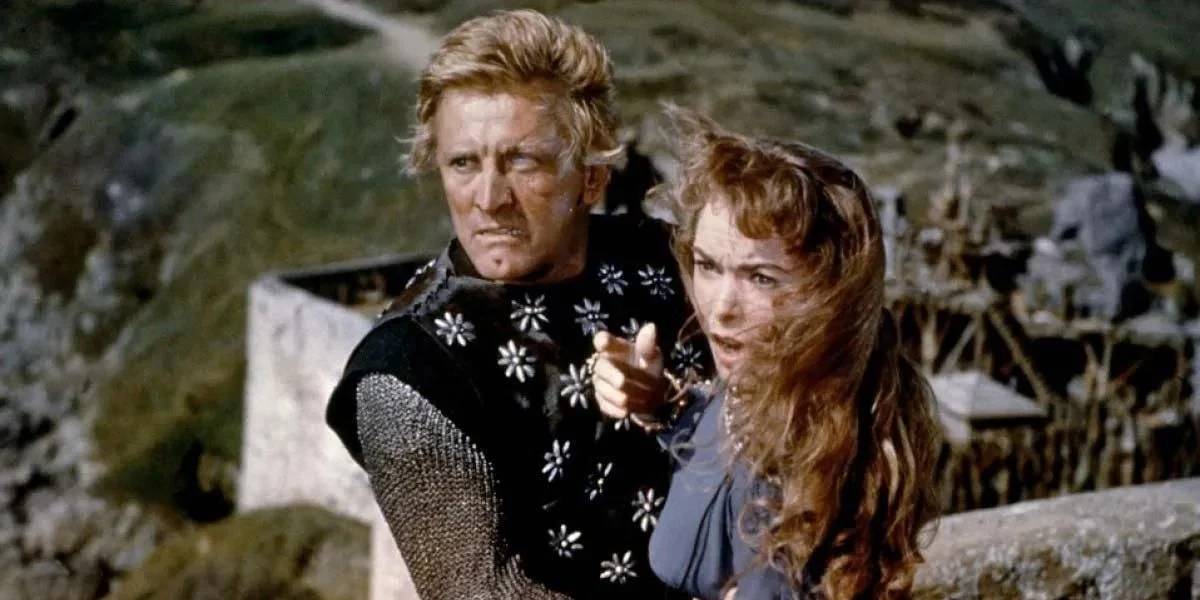 The Vikings charged in with their swashbucklers in boots, furs, and axes at a time when historical pictures centred around sword-wielding, leather-clad kings and princes. This epic film, based on Edison Marshall’s 1951 novel The Viking, tells the story of Viking legend Ragnar Lodbrok and his sons.

The plot centres around the battle for the throne of Northumbria between Viking prince Einar and his half-brother, Eric, a former slave. But the conflict is primarily about Princess Morgana, their love interest. The Vikings stars Kirk Douglas as Einar, Tony Curtis as Eric, and Janet Leigh as Morgana, among others, and is directed by Richard Fleischer. With its stunning cinematography, Orson Welles’ narration, and iconic Viking war sequences, this picture has become a precedent for many period films. 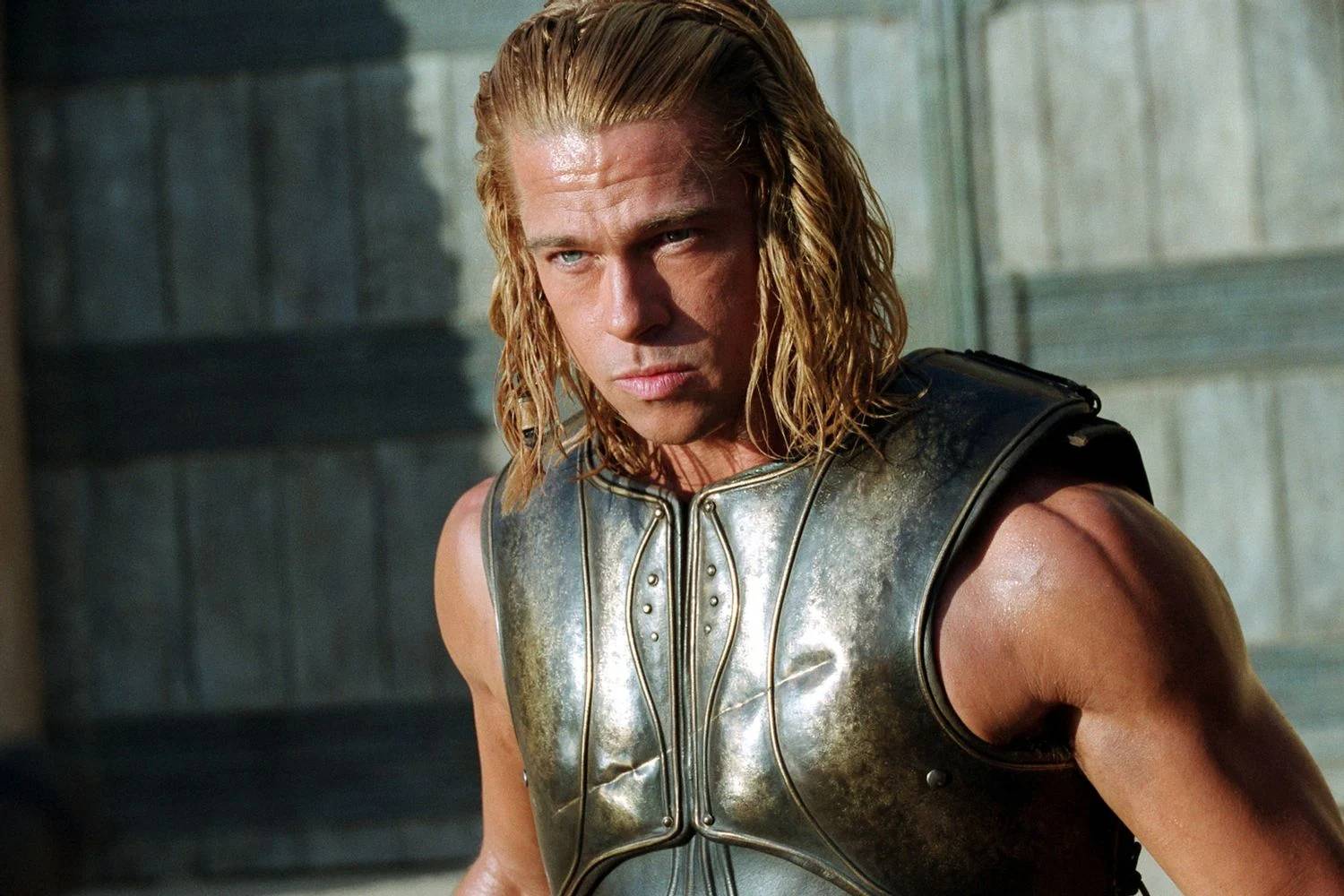 Despite being partially based on Homer’s Iliad, this film is more about Achilles than it is about Troy. The plot follows Achilles leading the Myrmidons and the Greek army to assault Troy against Hector’s Trojan army, rather than the original decade-long Trojan War. With his unstoppable, heroic warrior virtually single-handedly wiping out the enemy army, Brad Pitt’s Achilles is the true star of the show.

Although Troy is a dramatized rendition of an ancient epic poem, it stands on its own. Through dramatic drama and high-octane action, the famous narrative of power, glory, love, desire, treachery, and courage is reproduced in a magnificent performance. Troy stars Brad Pitt, Eric Bana, Orlando Bloom, Diane Kruger, Brian Cox, Sean Bean, Brendan Gleeson, and Peter O’Toole, among others, and is directed by Wolfgang Petersen.

Because of the disturbing violence and brutality, Valhalla Rising has a wide range of perspectives and viewpoints. But that’s also part of what makes this film so intense: that’s what you get when you watch a Nicolas Winding Refn film.

The Danish period drama is set in 11th century Scandinavia and follows a little child and a Norse warrior-turned-slave named One-Eye, played by Mads Mikkelsen, as they journey to the Holy Land with a group of Christian Crusaders. The journey, however, leads them to something even more dangerous: an uncharted continent ruled by sinister forces. The catch is that the protagonist is deafeningly violent whilst being deafeningly silent, giving the action sequences a novel twist.

25 Neo-Western Movies Of the 21st Century Everyone Loved Alike