COVID-19 has not only highlighted the value of self-care, but it has also inspired everyone to treasure loved ones, share happy occasions, and support one another during difficult times. Another beneficial effect would be the expansion of streaming services, which would allow people all over the world to watch a variety of important programmes, such as the renowned Friends series.

While the iconic sitcom has surely provided laughter and giggles to audiences of all generations, it also contains numerous celebrity guest appearances to spice up the show. Some things are expected (sorry, Brad Pitt), but not this. 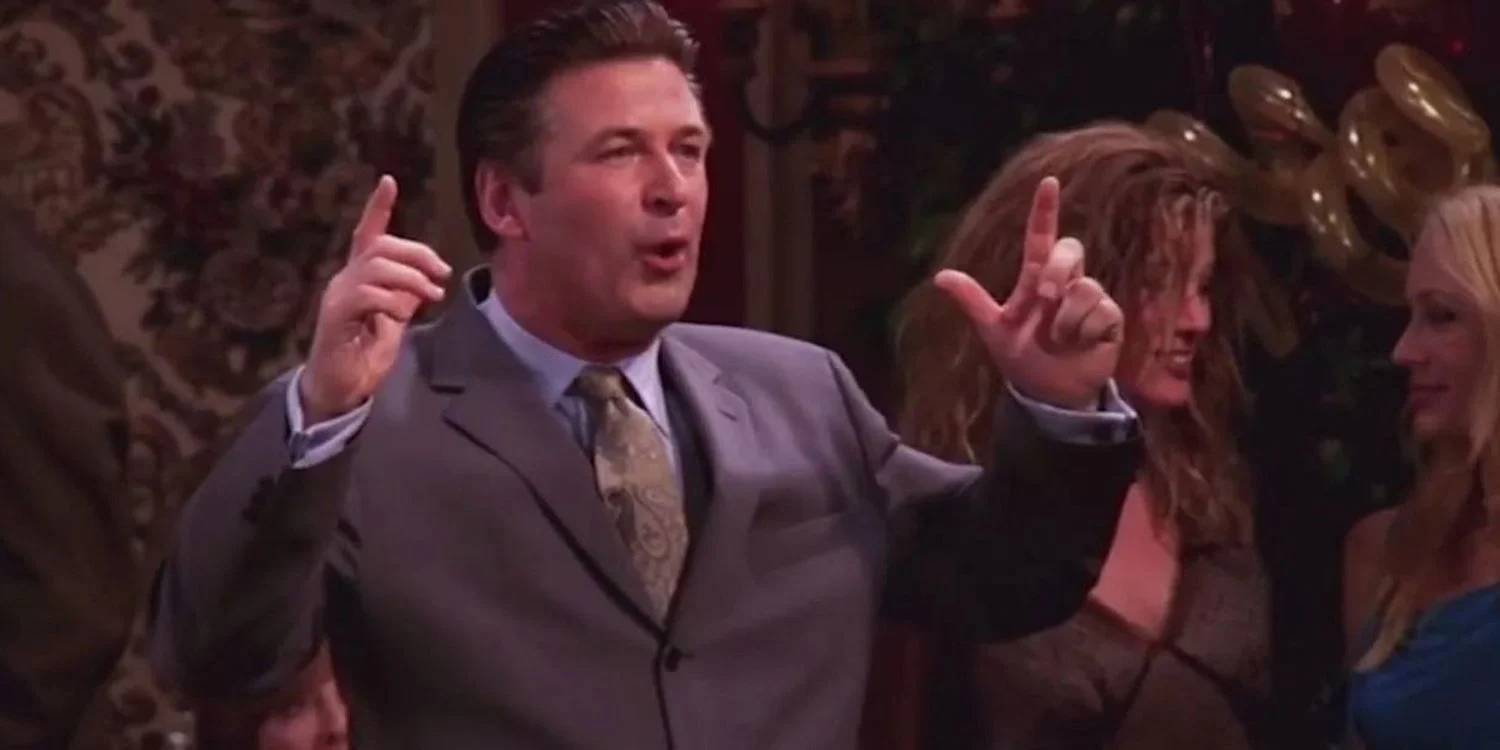 Alec Baldwin’s portrayal as Parker in Friends, first featured in Season 8, Episode 17 (“The One With Tea Leaves”), both fascinates and frustrates viewers. Parker is Phoebe’s lover for two episodes, a continually enthusiastic person who seems to find anything admirable, even the most trifling aspects.

When Phoebe, who is annoyed, orders him to play a no-talking game, his chatty and effervescent demeanor reaches a boiling point. He loses in five seconds, predictably, and proposes they play Jenga instead. Phoebe ends her relationship with Parker right away because she wants to be “far less joyful.” 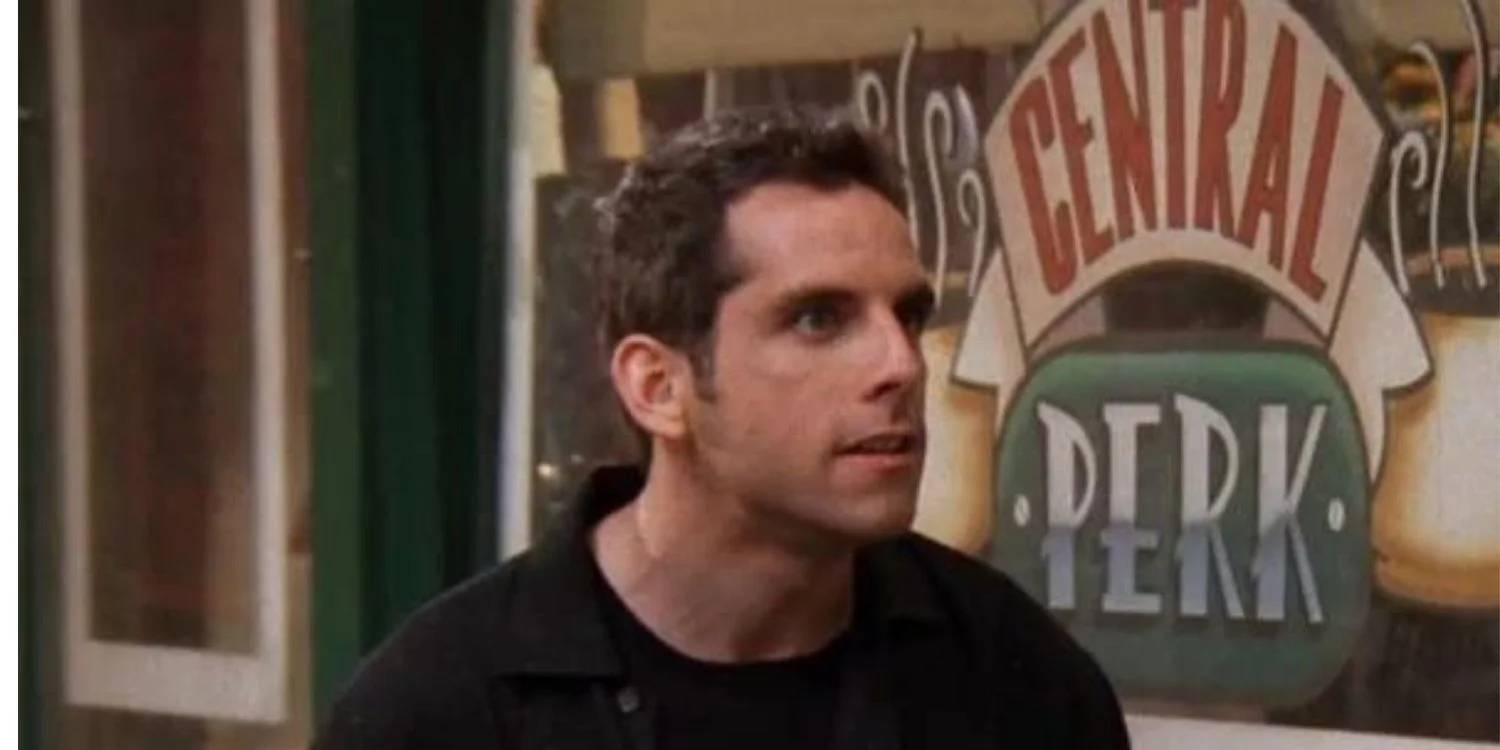 When Ben Stiller appears as Tommy, Rachel’s theater date in Season 3, Episode 22 (“The One With The Screamer”), he makes a wonderful first impression on both Ross and the audience. Tommy screams at an elderly couple who has sat in their seats by accident, revealing his true colors as a rage-fueled bully. Rachel still thinks of Tommy as a nice guy because Ross was the only one who witnessed his reaction.

When Tommy lashes out on Joey (Matt LeBlanc) and Chandler’s duck and chick, the latter urinates on Tommy’s hand, the entire Friends gang catches him red-handed. Rachel breaks up with him, and he is never mentioned again in the show. 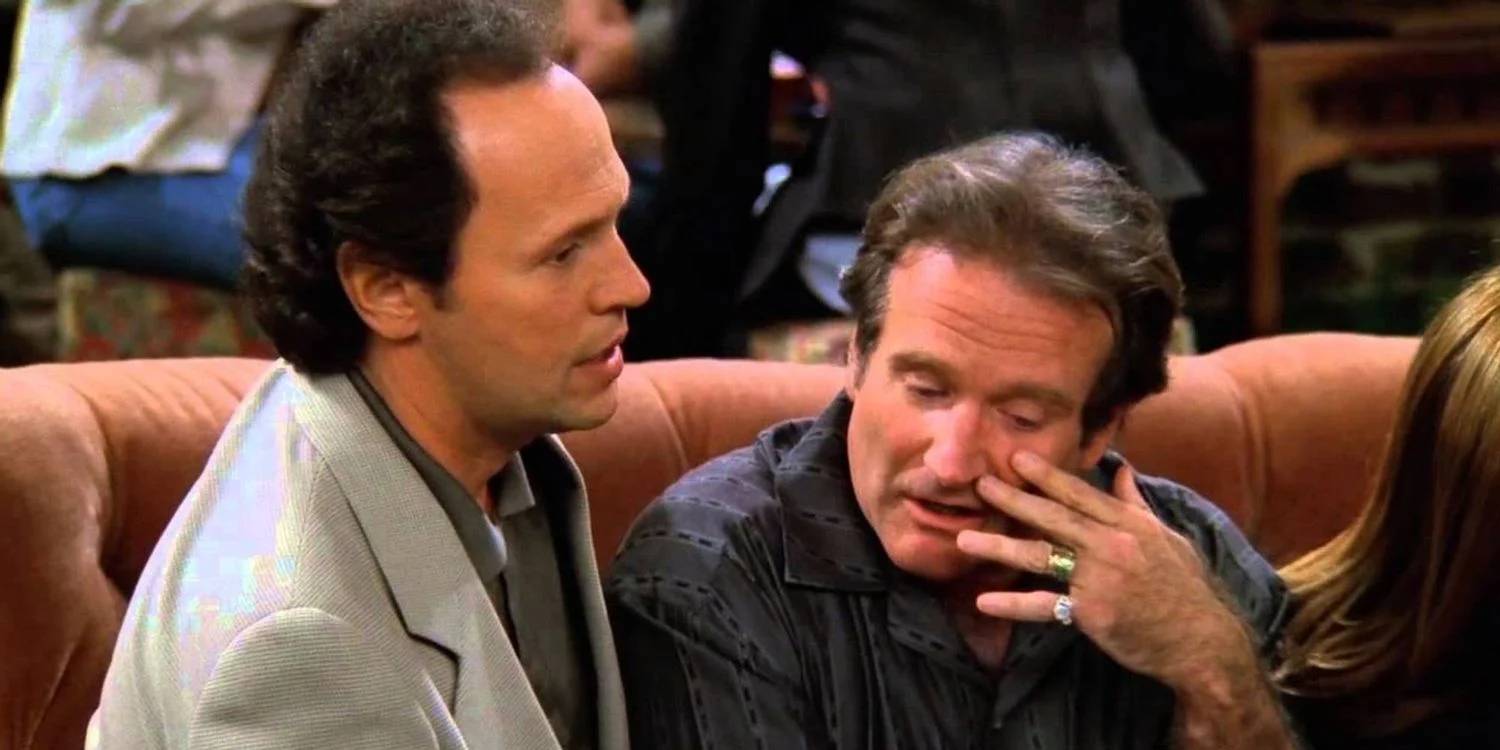 Fun fact: the duo’s cameo was not in the original script, and the entire routine appears to be improvised. Friends creators approached Billy Crystal and Robin Williams, who happened to be on the same street while the show was filming, and asked if they would want to appear as guest stars on the show.

Monica is telling her friends about her lover, Pete, in the opening sequence of Season 3, Episode 24 (“The One With The Ultimate Fighting Champion”). They are shortly interrupted by Tomas (Williams) and Tim (Crystal), who share the seats with the gang because the shop is abnormally packed. The six major characters are so intrigued by Tomas and Tim’s story of the former’s wife’s adultery that Monica forgets what she was going to say about Pete when they leave the business. 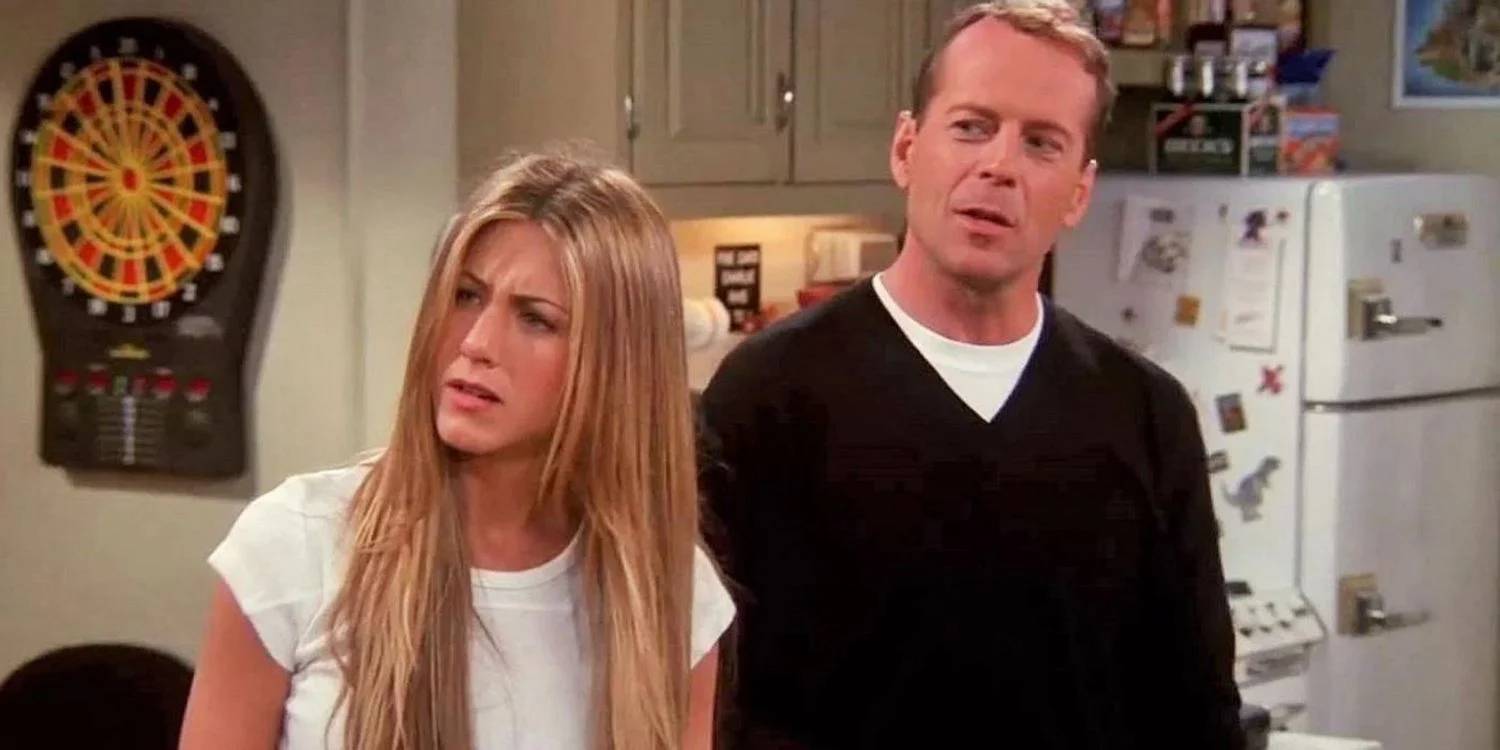 When Bruce Willis made his debut appearance (Season 6, Episode 21, “The One Where Ross Meets Elizabeth’s Dad”), he didn’t just receive a few laughs, and they can credit Matthew Perry, who portrayed Chandler Bing in Friends. Willis, according to CBR, lost a bet with Perry, who bet that their film The Whole Nine Yards would be a box office success. Willis decided to star in the sitcom for free as a consequence.

Willis plays Paul Stevens, who confronts Ross (David Schwimmer) about his daughter Elizabeth’s relationship with him (Alexandra Holden). Despite his disapproval of Ross, Stevens would subsequently be seen courting Rachel, Ross’ will-they-won’t-they counterpart (Jennifer Aniston). Willis is best known internationally as John McClane from Die Hard, but to Friends fans, he is just a big love machine. 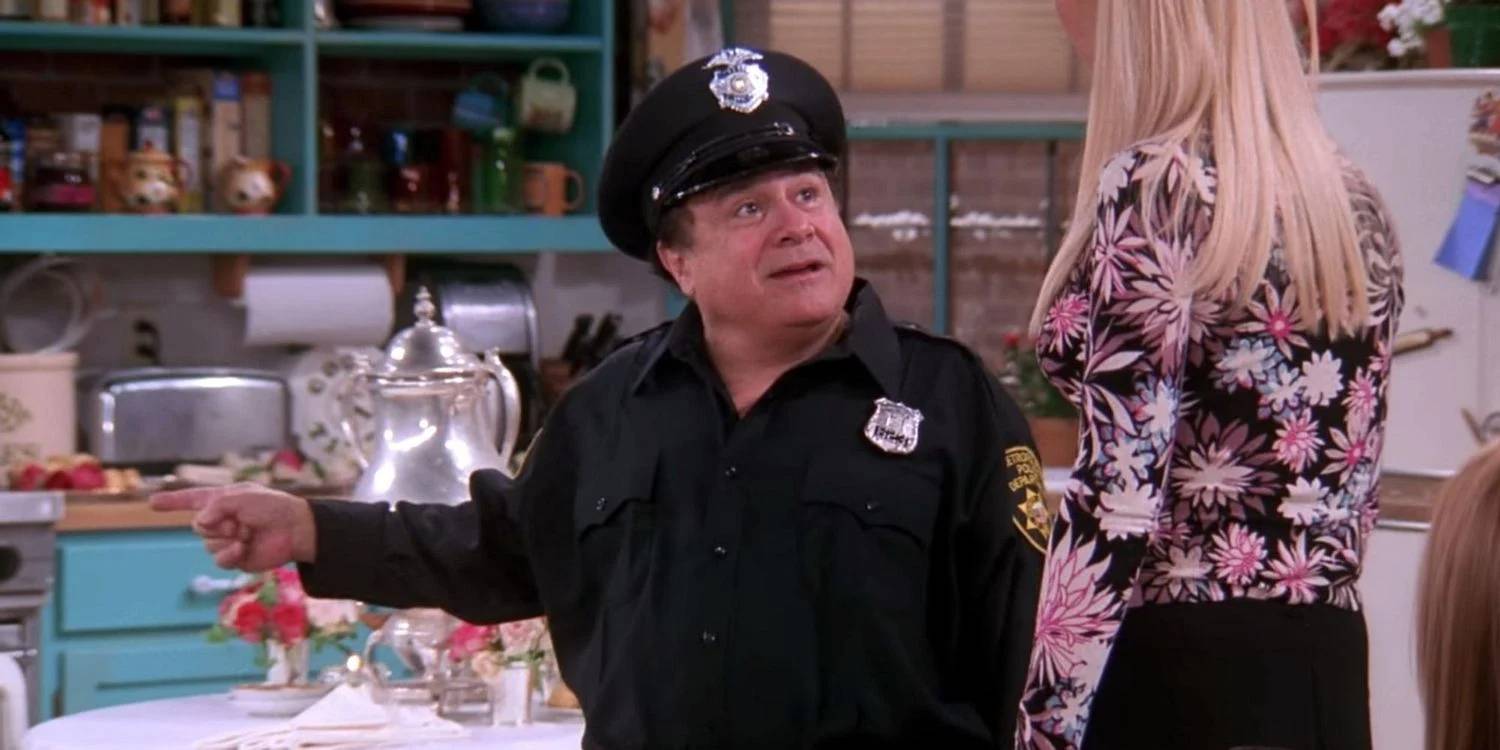 Danny Devito’s cameo in Season 10, Episode 11 (“The One Where The Stripper Cries”) thrills audiences with his spot-on comedic timing and smooth dancing talents, despite his extensive directorial resume and successful sitcoms. Certainly not without a few misunderstandings first.

Rachel and Monica (Courtney Cox) scramble to find a male striptease dance show for Phoebe’s bachelorette party because she insists on having one. Devito shows there, much to the girls’ dismay, and his exotic dance fails to wow the crowd due to his age and appearance. The females ruminate about their discourteous acts when Devito becomes depressed and considers quitting his profession, and eventually enjoy Devito’s distinctive performance. 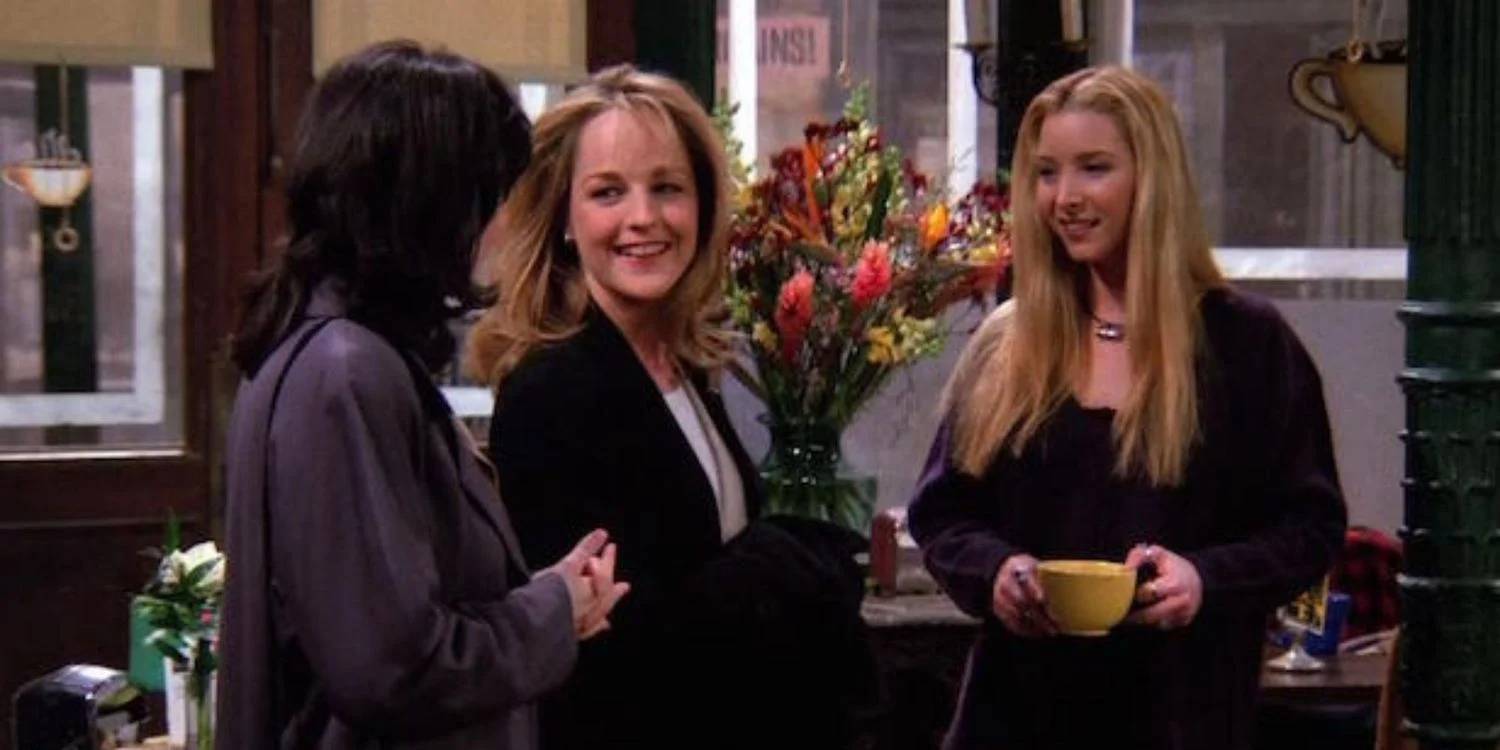 Apart from playing Phoebe Buffay, Kudrow is also recognized for portraying Phoebe’s twin sister Ursula in another 90s sitcom Mad About You. Season 1, Episode 16 has one of the funniest cross-overs in television history (“The One With Two Parts: Part 1”).

On Mad About You, Jamie Buchman (Helen Hunt) and her closest friend Fran Devanow (Leila Kenzle), who are both flighty waitresses, walk upon Central Perk and are astonished to discover Ursula/Phoebe “working.” Jamie and Fran confirm their suspicions that the woman they just met is Ursula at the end of the encounter. Perhaps it’s because Phoebe is perplexed by the two strangers’ kindness toward her. 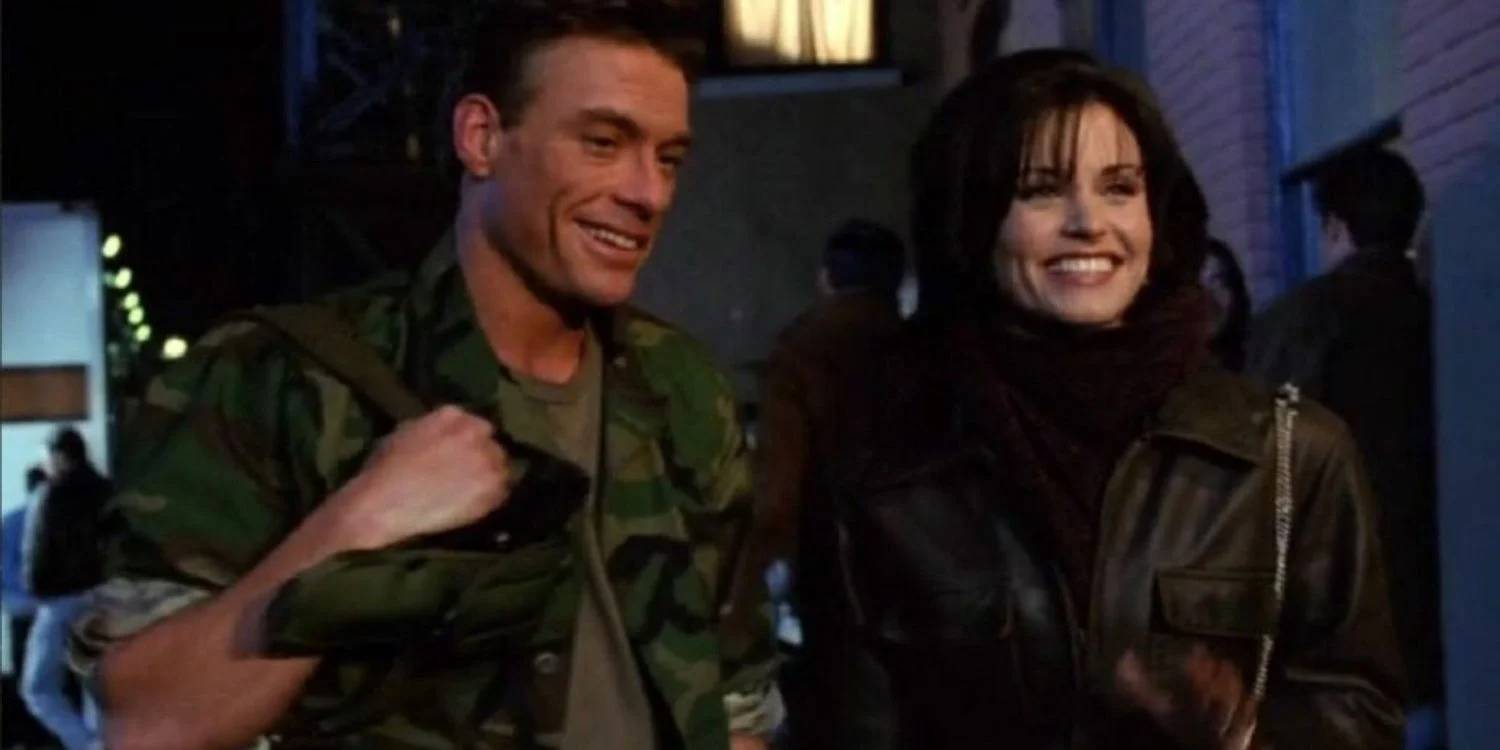 Another relationship is forming with other key cast members in the same episode as Roberts, notably a love triangle between Rachel, Monica, and Belgian action-superstar Jean-Claude Van Damme. When the two girls visit the set of a fake film, Outbreak 2, Van Damme sharpens his humorous and flirting talents. 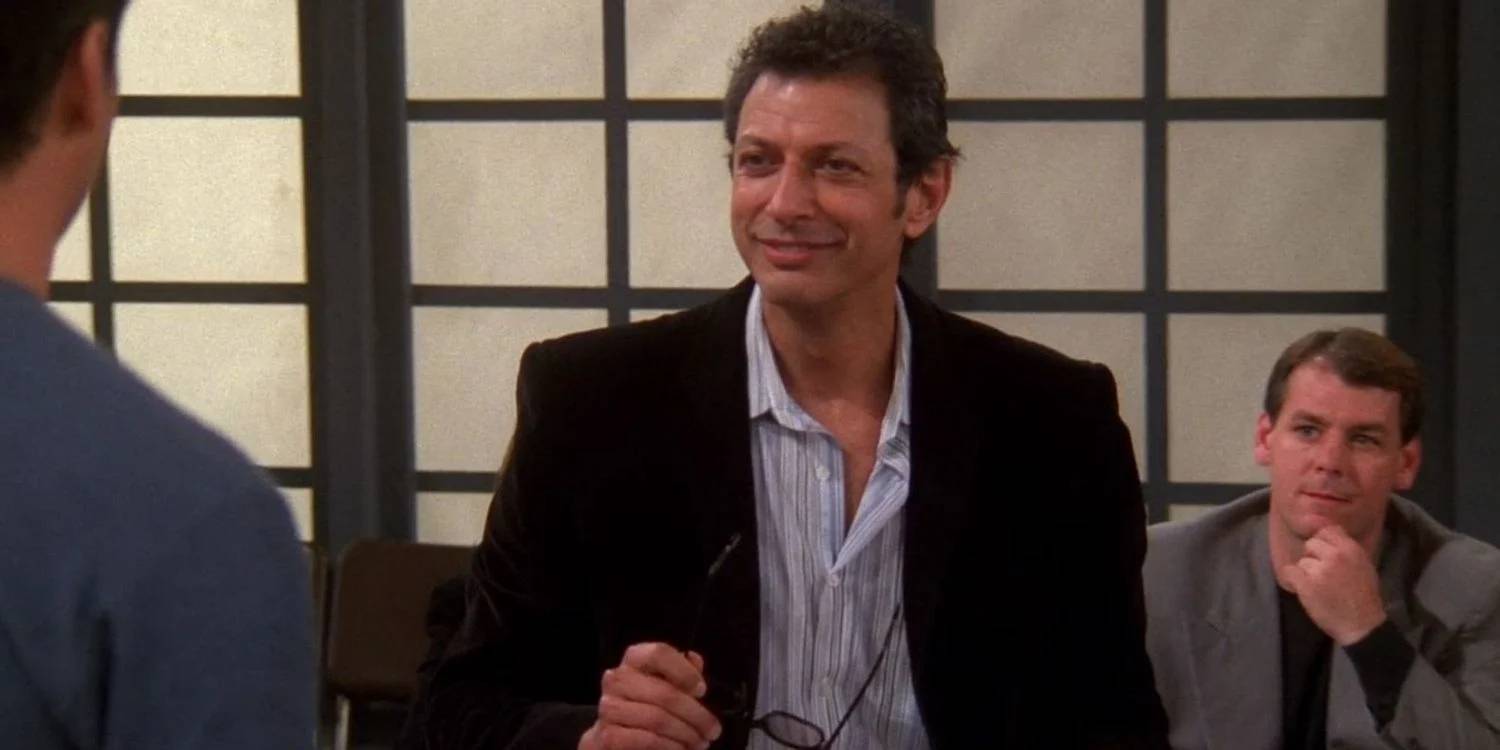 Jeff Goldblum plays a famed actor named Leonard Hayes who is auditioning performers for his stage production, continuing his history as a renowned actor who originally got his big break in the celebrated extreme body horror film, The Fly (1986). He gives Joey perplexing suggestions in order for him to ace his comeback audition, such as “don’t be scared to explore the vertical.”

Joey believes that holding his pee makes him a better actor because of Hayes’ worthless advice. When Hayes rushes in for a hug after being thrilled with Joey’s fidgety performance, Joey loses control of his bladder and discharges himself, to to Hayes’ chagrin. 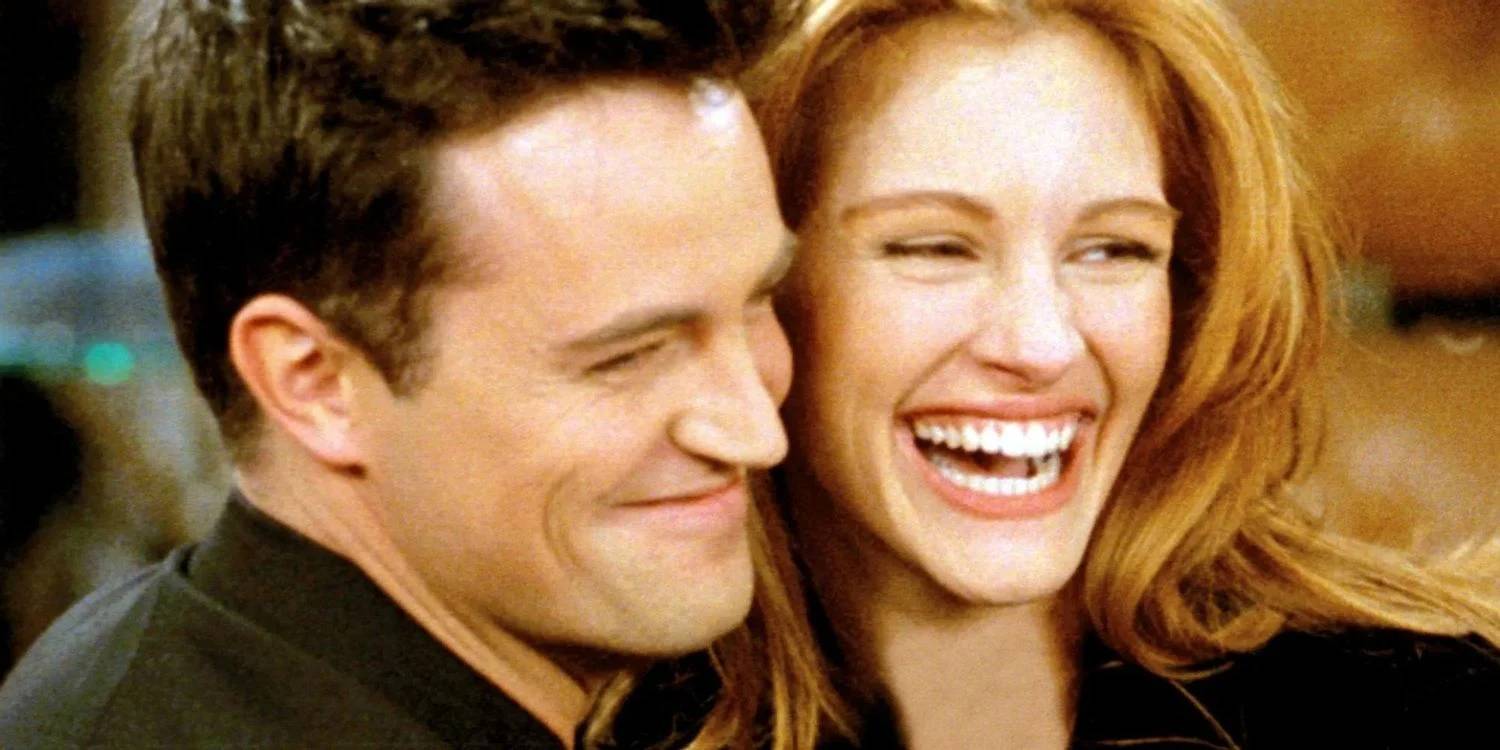 Susie Moss, previously known to Chandler as the girl who carries a box of animal crackers about like a purse, pleasantly surprised him with her improved physical appearance in Season 2, Episode 13. (” The One After The Superbowl, Part 2″).

Later, the two embark on a date that is similar to the real-life date of the two actors. Susie leaving Chandler unattended in a restaurant men’s room with nothing but her underwear would be the main difference. Susie’s prank is her retaliation for Chandler pulling her skirt in fourth grade, hence her traumatizing nickname “Susie Underpants.” 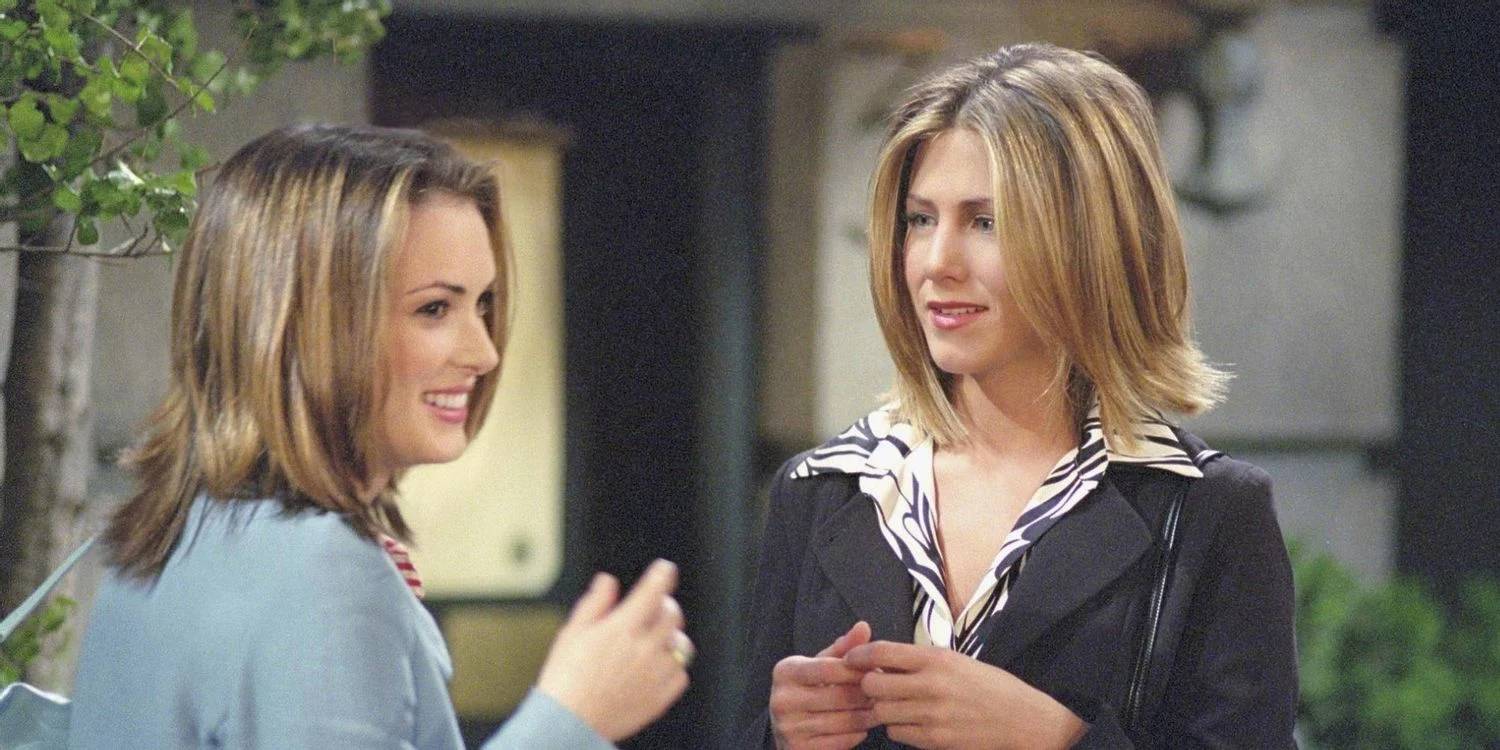 Winona Ryder, who played Beetlejuice in 1988, also makes an unexpected appearance in the series. Ryder plays Melissa Warburton, Rachel’s former sorority sister with a big secret, in Season 7, Episode 20 (“The One With Rachel’s Big Kiss”).

When Phoebe refuses to accept that the “vanilla” Rachel kissed Melissa after a night of drinking too much sangria at a college party, Rachel invites Melissa to dinner and kisses her to make her remember their “entanglement.” Melissa misinterprets this and admits that she has loved Rachel since their kiss at the party. The two laugh it off in the end, with Rachel clarifying that she does not swing that way.