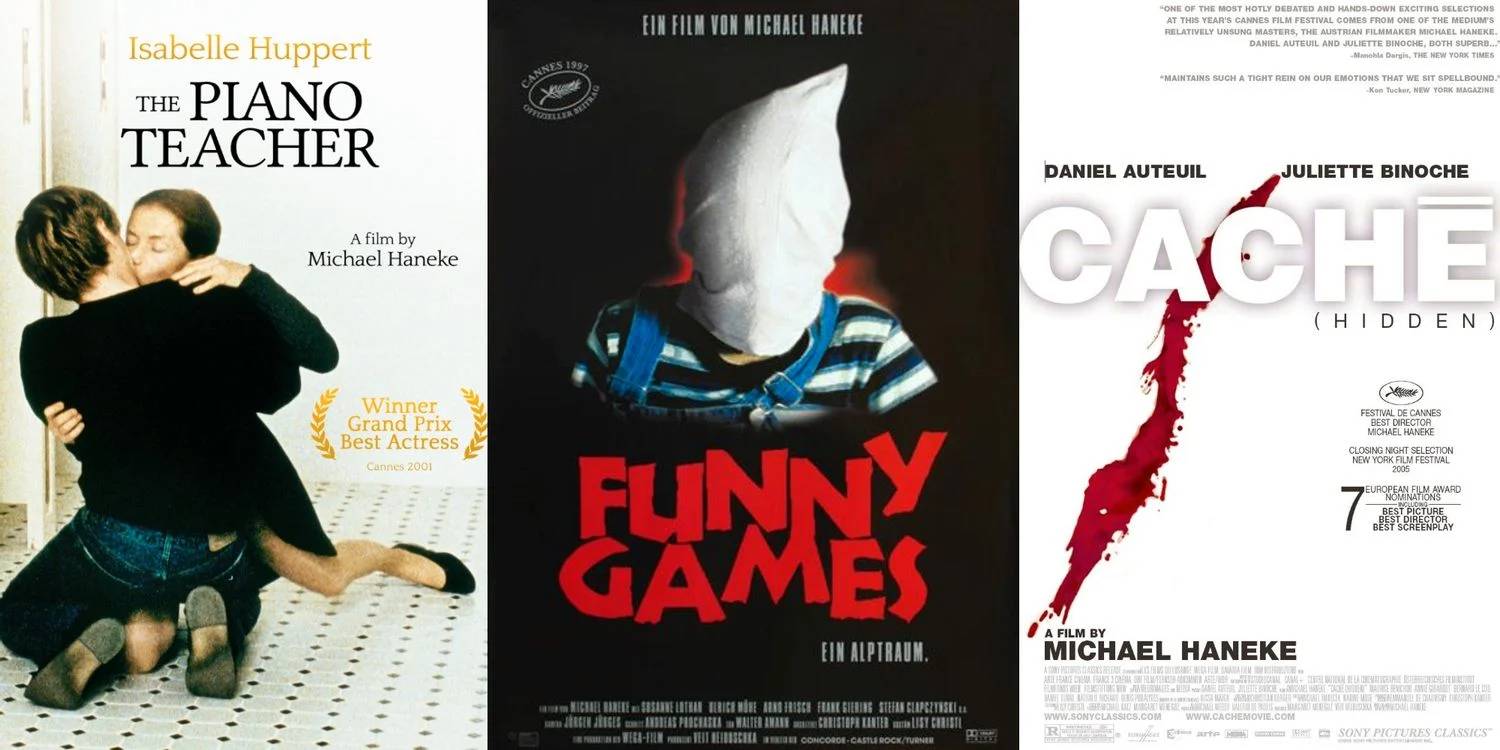 Being a cinephile can be intimidating at times. There are an inordinate number of movies in the world, and there isn’t enough time to see them all. In this instance, we need to know which filmmakers to watch, whether they are English or foreign-language filmmakers.

“Once you get over the one-inch high barrier of subtitles, you’ll be introduced to so many more wonderful films,” says the author. Bong Joon-ho, a South Korean director, astonished the world in 2020 by winning the Academy Awards for “Best Picture,” “Best Director,” and “Best Original Screenplay” with his brilliant probe into class warfare, Parasite. Foreign films and television shows have gotten increasing attention in the Western world in recent years, thanks to streaming technologies that have broken down distribution boundaries. Squid Game, Money Heist, and even Oscar favorites like Flee and Drive My Car have brought a new level of attention to foreign-language filmmaking. The following directors are among a select group of vital and still-active filmmakers who have had a significant impact on world cinema and who you should seek out first to broaden your interests. 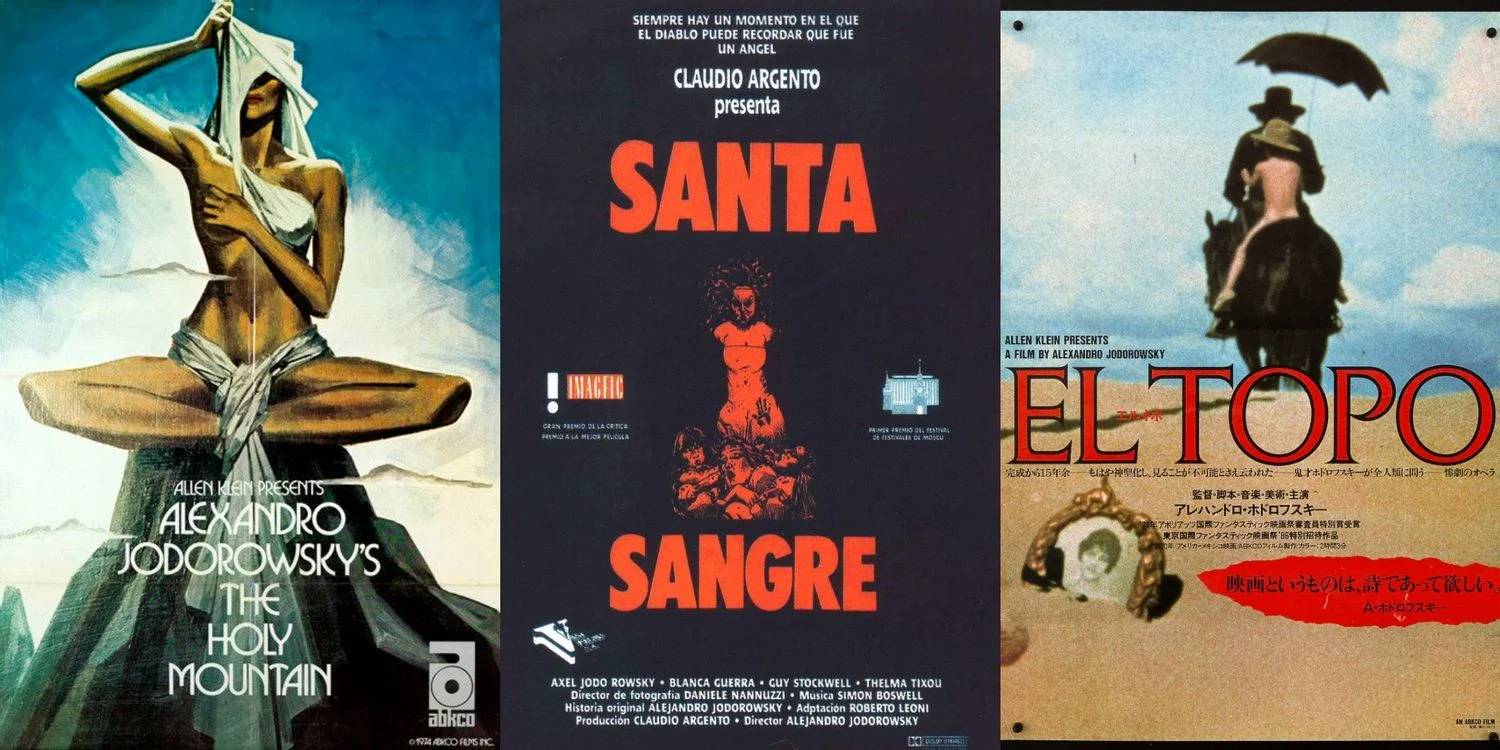 His music is typically varied, his production design is theatrically meaningful, and his ideas are profound. He’s a strange artist who makes you wonder at the creativity of some filmmakers. Jodorowsky’s films are constantly fascinating without ever being pretentious. Most western audiences may be familiar with him through the legendary 2013 documentary Jodorowsky’s Dune, in which the enigmatic director reveals the intricate ideas for his unmade version of Frank Herbert’s Dune. It’s a great place to start if you want to learn more about this strange character. 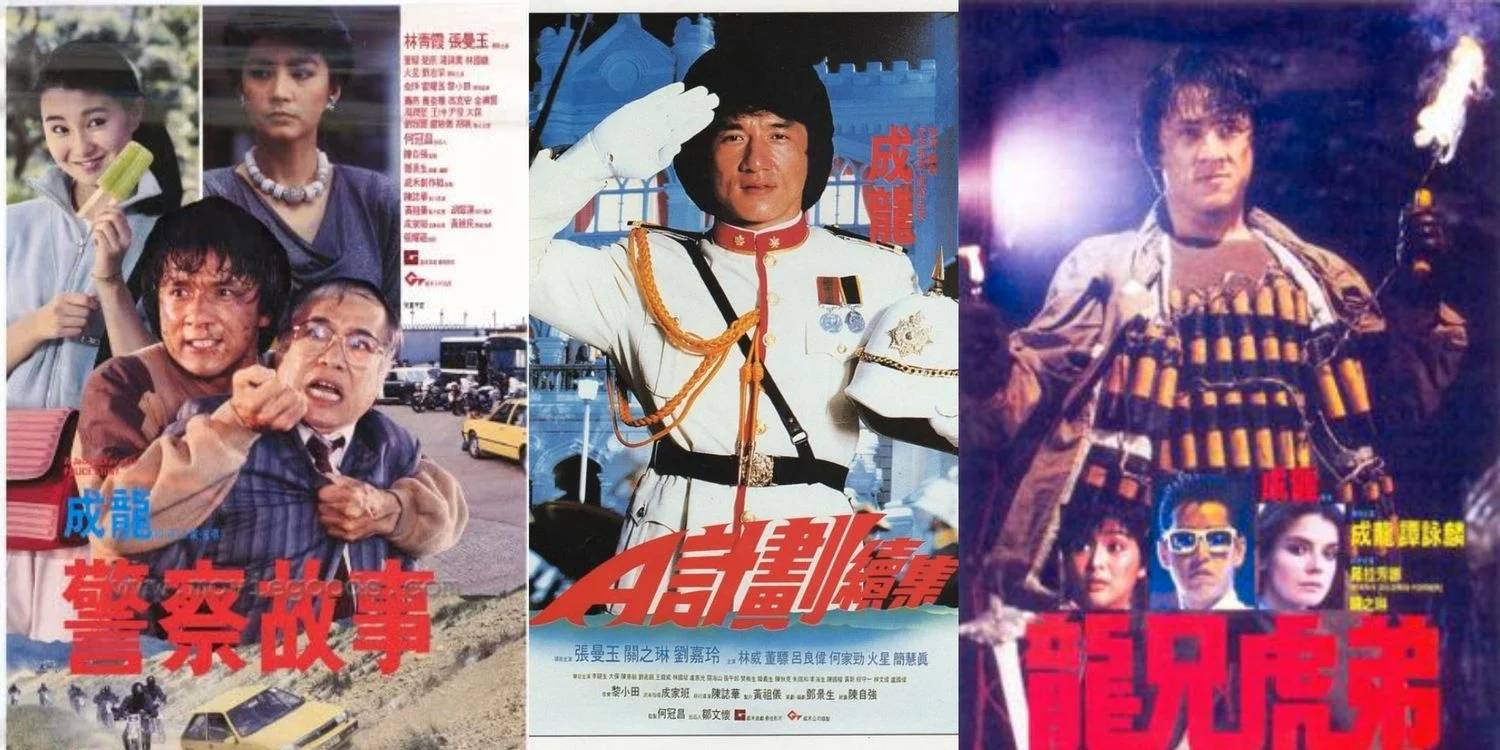 Some foreign directors just want to produce thrilling experiences that get the audience’s hearts racing, rather than crafting art-house films that try to make meaningful observations about the human condition. Jackie Chan films are a wonderful example of high-octane Hong Kong action flicks that influenced many western film conventions. What distinguishes Chan’s films (in which he also stars) is that they are both hysterically humorous, madcap comedies and heart-pounding adrenaline rides. His characters are capable combatants, but they are prone to rash decisions. Imagine if John Wick possessed Inspector Clouseau’s social graces.

Action sequences in some of Chan’s films are so unrelenting and theatrical that they would make Michael Bay blush. Chan’s films, unlike Bay’s, aren’t three-hour slogs with incomprehensible action. His best work is clinical and doesn’t squander a second of time. Not only in his hand-to-hand action scenes, but also in the most spectacular set pieces, Chan uses wide shots with the ideal amount of coverage and length. Before training, Jackie’s world-famous stunt team methodically rehearse the fight choreography, with some moves being filmed up to 100 times to obtain the exact shot. His films (especially Police Story and Project A) are ideal for watching with friends and family on a movie night. To learn more about Jackie Chan’s creative process, he made the documentary My Stunts, in which he discusses his directing approach as well as his numerous injuries sustained as a result of his reckless stunts.

Michael Haneke isn’t the most approachable director. He’s made a profession out of creating difficult and purposefully unpleasant experiences that require several perspectives to appreciate. His films are usually composed of lengthy, wide takes with an omniscient quality and rarely include non-diegetic music. Given his interest with generational cruelty and pathological youth, it’s no surprise that his favorite film is the infamous Salo, or the 120 Days of Sodom.

Haneke never holds your hand; he respects his audience and expects them to figure out what he’s saying for themselves. Though his films might be sluggish, long, and even infuriating, they can also be electrifying if you’re in the correct frame of mind. Haneke is the only Austrian director to win the Palm D’Or twice, and his 2012 picture Amour was nominated for an Academy Award for Best Foreign Language Film. Funny Games (a shot-for-shot reproduction of his 1997 picture) is his only totally English-language film, and it is a rare remake that is better than the original. If you enjoy Funny Games (2007), check out the rest of his outstanding career. 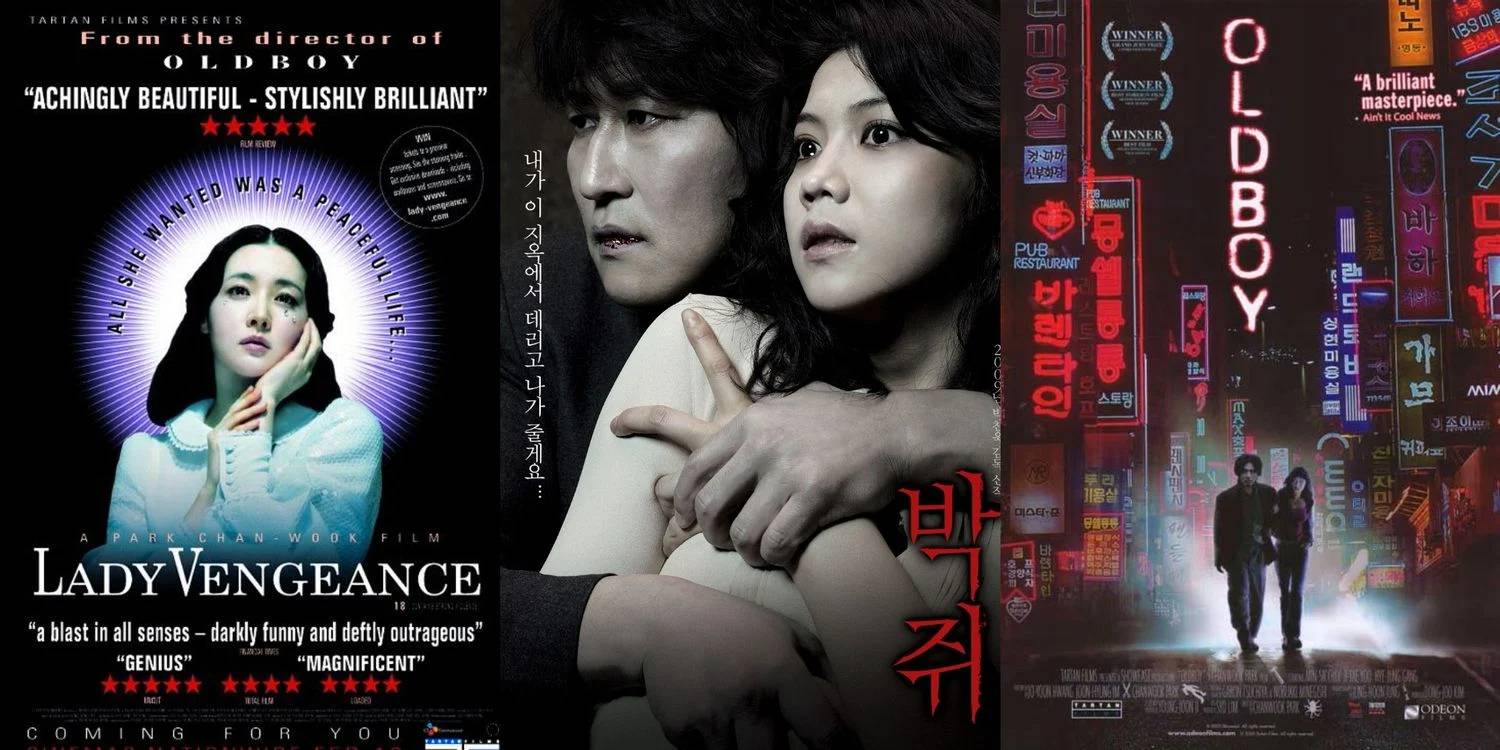 Many of the best films ever made were directed by Park Chan-wook, and many of them were shot in South Korea. You may thank Park in part for your love of Squid Game and All of Us Are Dead. Oldboy, his 2003 masterwork, is widely regarded as one of the best pictures ever made. The ultra-violent drama of a man’s ruthless desire for vengeance was responsible for a surge in western interest in South Korean films. The balancing of tones is something that Korean cinema excels at in particular. A Park Chan-wook film can range from frightening to sorrowful, humorous to awkward, and even schlocky. Few directors can go to such disturbing locations without coming across as lazy provocateurs who just want to scare people. Unlike directors like Eli Roth, Park’s films are extreme and confrontational, but he never comes across as cruel. They frequently center on persons with bloodlust (literally, in Thirst) and the psychosexual bond that certain people have with sex and violence.

Watching one of his films is never boring because he’s always changing things up. Just when you think you’ve figured out his style, he’ll experiment with cinematography and editing tactics you’d never expect. Extreme close-ups, smart scene transitions, and breaching rules are all part of the package. The 2013 melodramatic thriller Stoker, starring Nicole Kidman, was his English- 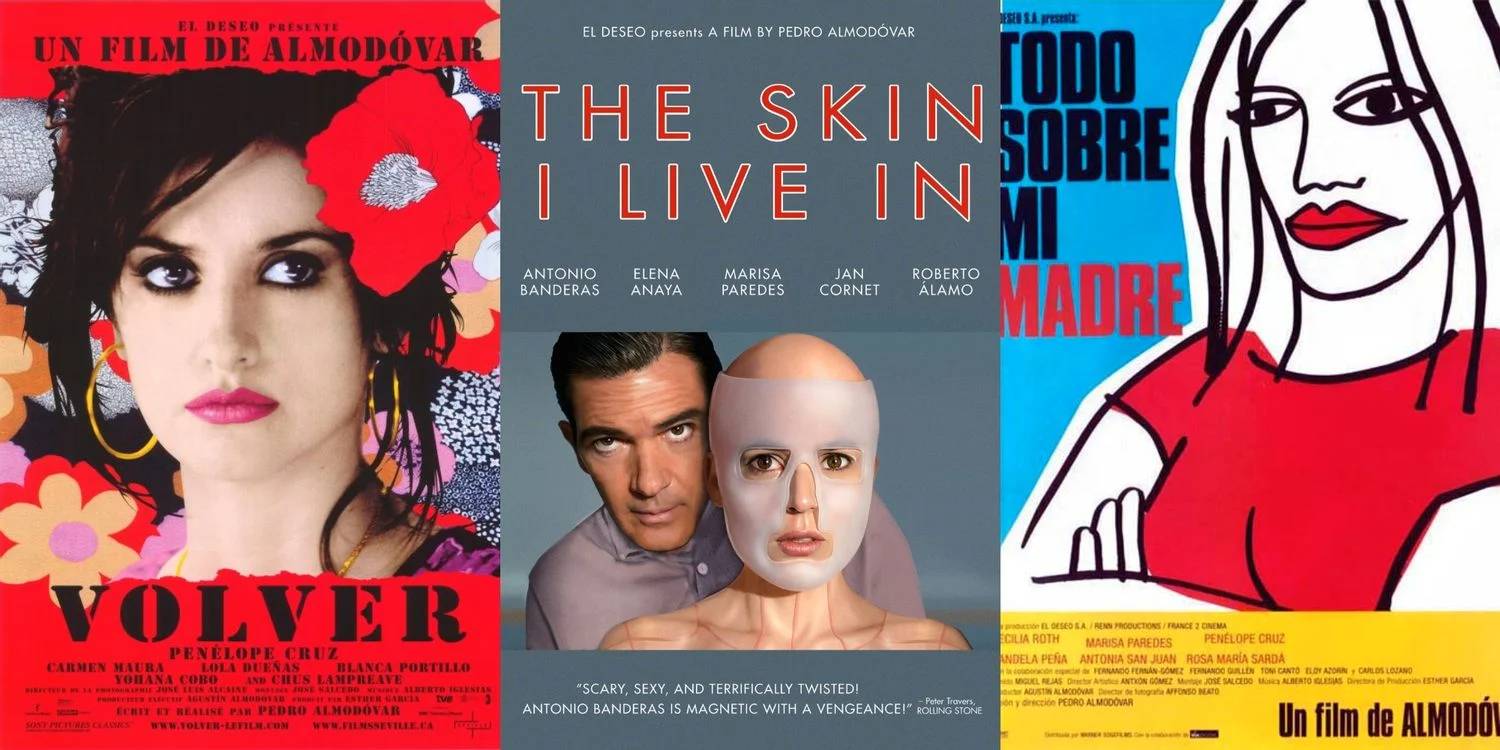 anguage debut. While Stoker is perhaps his poorest work (though still captivating), it serves as an excellent springboard for his more difficult Korean-language work.
This Spanish director, known simply as “Almodóvar,” is arguably the most highly recognized LGBTQ+ filmmaker in the world. His films are centered on life-affirming stories of people from stigmatized cultures or sexualities. Almodóvar’s filmography is diverse, and he is known for his frequent collaborations with Penélope Cruz and Antonio Banderas, as well as his irreverent sense of humor. I’m So Excited is a campy, sexually charged romp, whereas The Skin I Live In is one of the most horrific thrillers of all time.

His 2019 film Pain and Glory was named the finest film of the year by Time Magazine, and his most well-known work, All About My Mother, received “Best International Feature” at the 72nd Academy Awards. He has dedicated his work to give voice to characters from underrepresented minority groups who experience extreme prejudice. He deserves credit for this as well as his storytelling abilities. 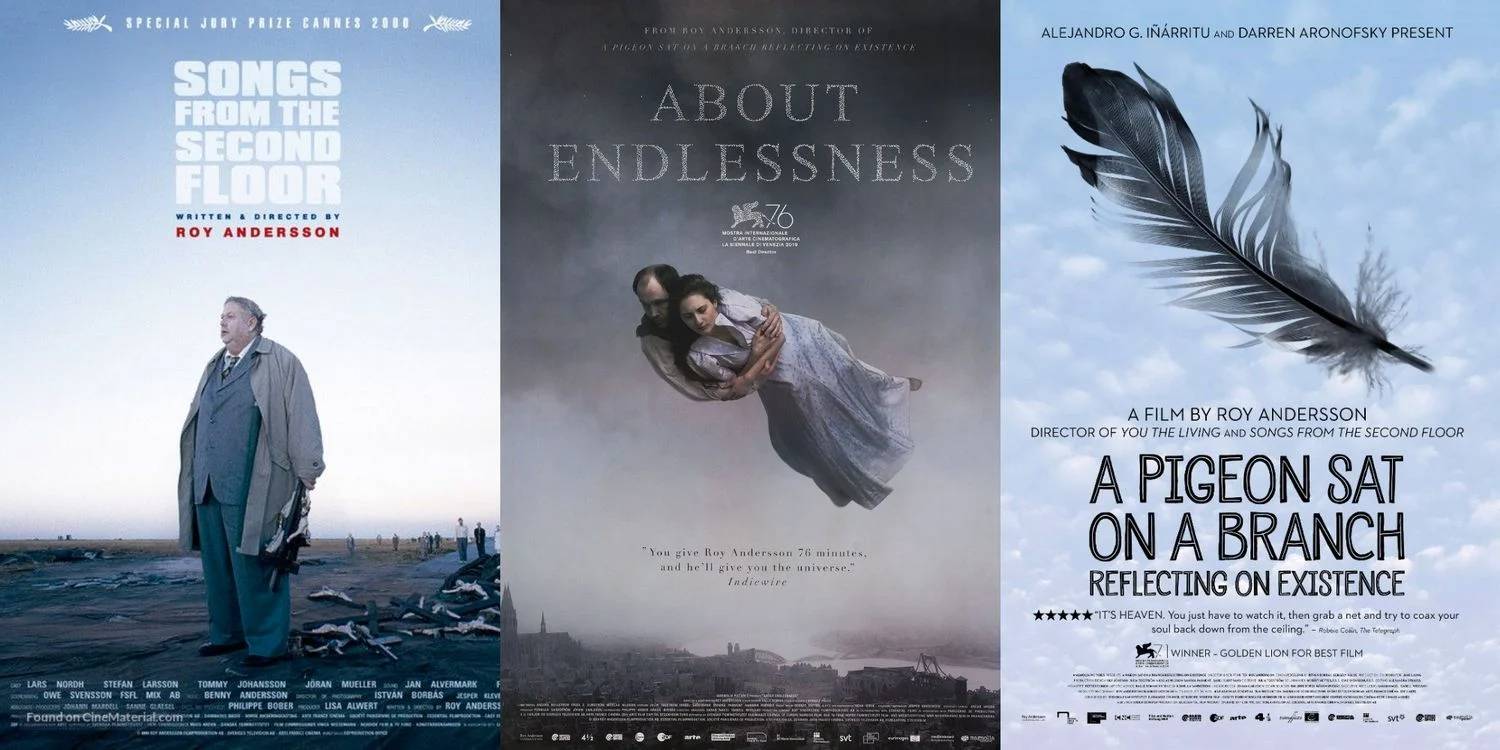 About Endlessness, Roy Andersson’s latest film, is defined as “a kaleidoscope of the human condition” in the blurb, which is a near-perfect summation of his career. By way of Wes Anderson’s pessimistic older cousin, his most famous works represent a melancholy march towards the grave. Though he is unrelated to Wes Anderson, his films are as eccentric. Songs from the Second Floor and You, The Living, as well as A Pigeon Sat on a Branch Reflecting on Existence, are primarily composed of pastel blue and green tones combined with grey and beige. These desaturated hues are used by Andersson to paint vignettes that depict the mundane and peaceful misery of life.

In a Roy Andersson film, everyone appears like a paler version of the zombies in George A. Romero’s Dawn of the Dead, and they are zombies in a sense. Andersson’s tableaus are like an absurdist, bizarro-world Barry Lyndon, influenced by Marc Chagall, Kukryniksy, and Andy Warhol’s photography. Though predominantly a commercial director, Andersson’s distinct style has made a huge impact, particularly in the last 20 years. 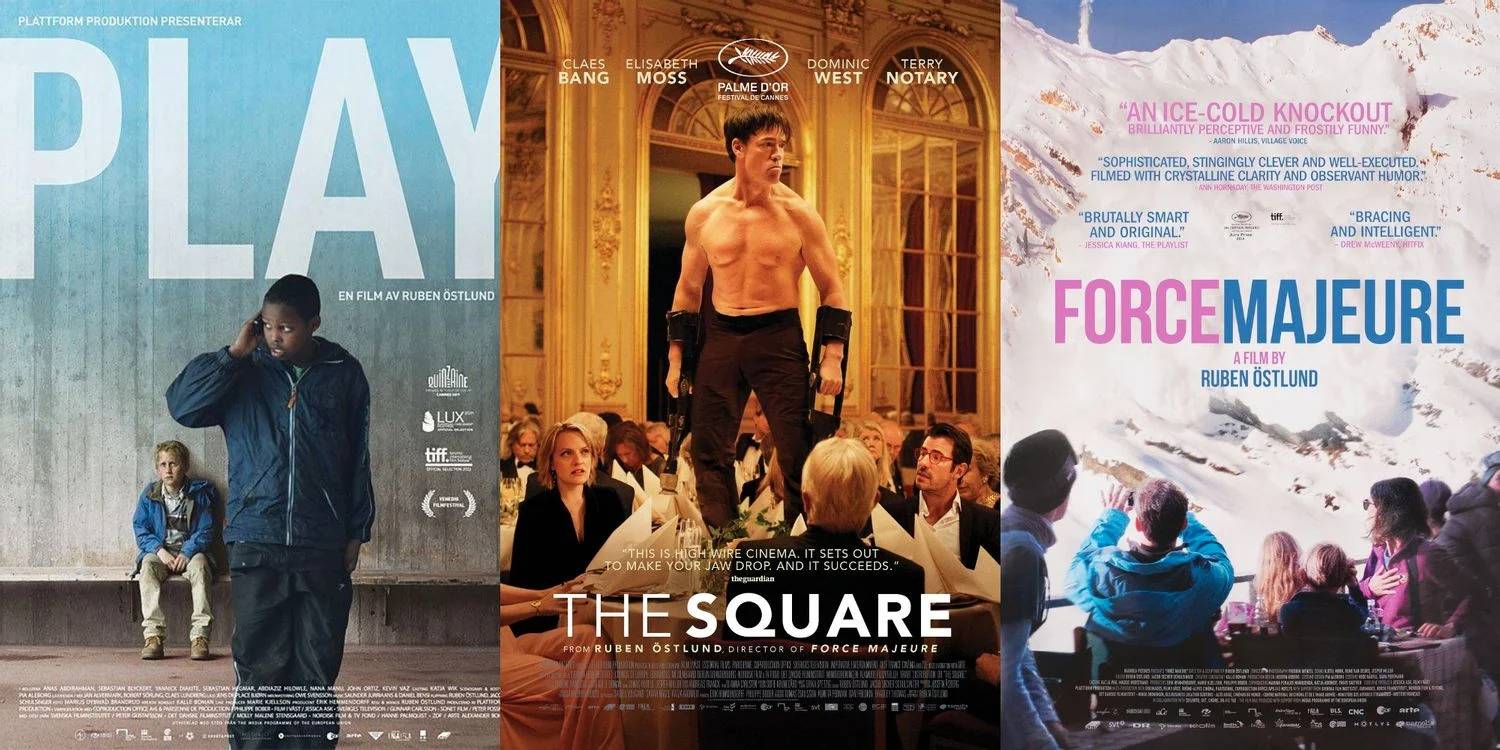 Ruben Stlund’s films are concerned with social contracts and our collective obligation to one another. His films put social interactions under the microscope, forcing us to examine our own conduct. Scenes of awkwardness are where Stlund shines. The Square is perhaps the most awful post-coital scene ever, while Force Majeure has the most hilariously uncomfortable double date you’ve ever had the pleasure of cringing through. We revel in the embarrassment of Stlund’s characters when they say or do something stupid.

Stlund needed some time to gain his footing in the filmmaking profession. While his first three films are nevertheless outstanding and well-made, they feel like carbon clones of the work of other, more talented filmmakers, including several on this list. Both Play and Involuntary are well-made films, but they lack the distinctive artistic traits that would characterize his subsequent efforts. Stlund found his voice, and with it, a welcome position in world film, with Force Majeure. Triangle of Sadness, his upcoming black comedy starring Woody Harrelson, is one to watch. Keep an eye on stlund right now because he’s on a roll. 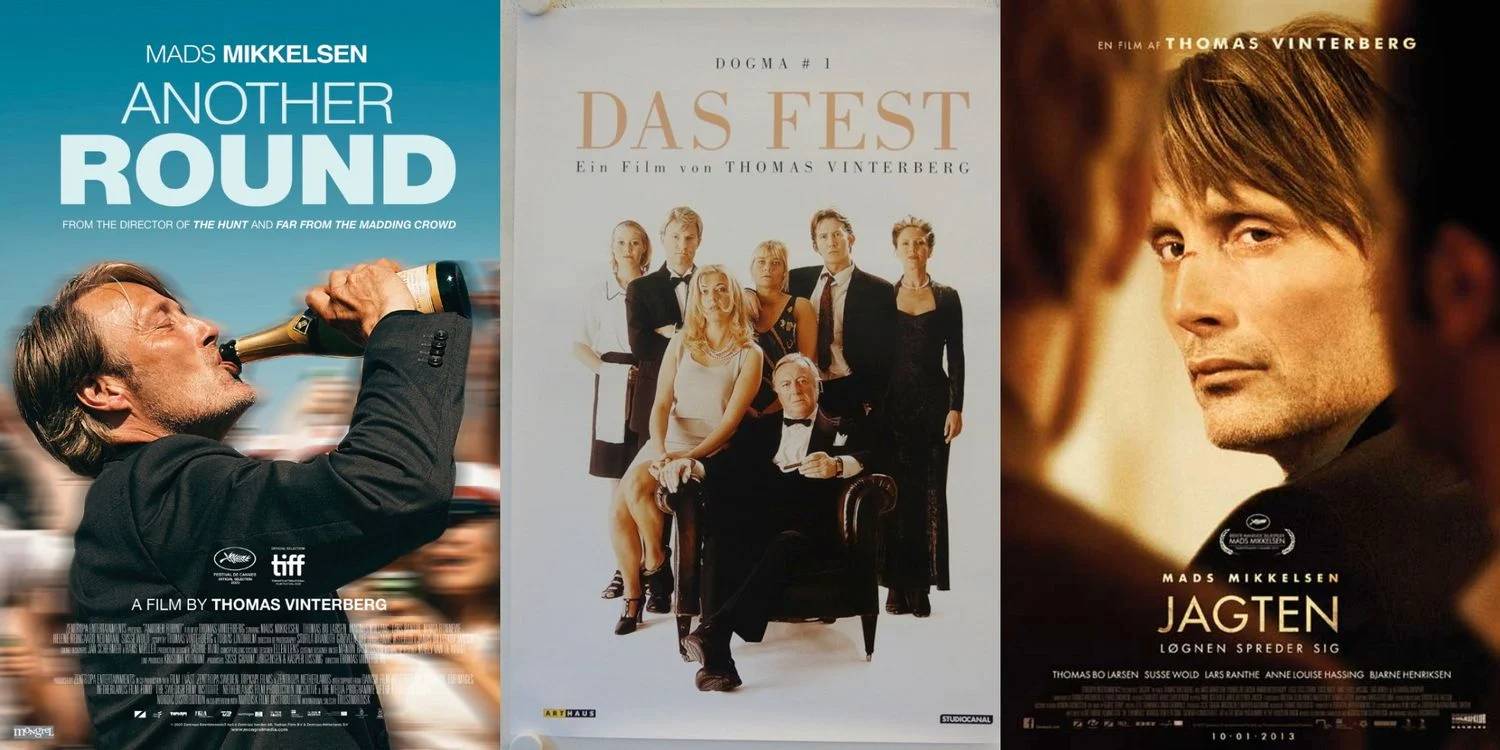 Thomas Vinterberg is a well-known Danish director who began his career working alongside Lars Von Trier, with whom he would later co-found the “Dogme 95” movement. Though he has directed a few films in English, such as Far from the Madding Crowd, his native tongue is by far his strongest.

Submarino, a heartbreaking and under-appreciated film by Vinterberg, is an eye-opening reminder of how pain and poverty may haunt future generations of families. Both The Celebration and The Hunt (not to be confused with the contentious but toothless Hilary Swank film) look at how society reacts to sexual abuse charges, victim blaming, and mob mentality. Another Round, his most recent picture, is his most accessible, and while it isn’t his best, it did win the International Feature Oscar in 2021. Vinterberg’s films are must viewing for Mads Mikkelsen fans, since Vinterberg has coaxed some of Mads’ best performances of the twenty-first century from him.