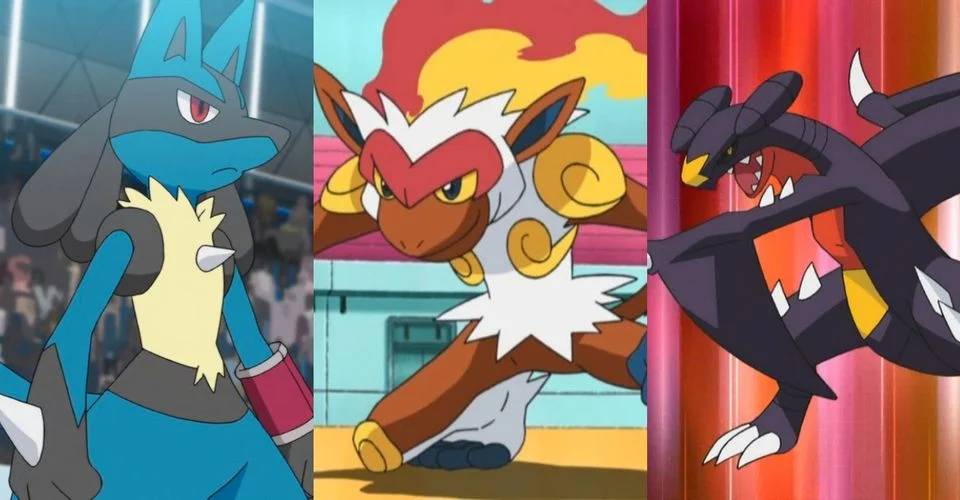 With Brilliant Diamond, Shining Pearl, and the game-changing Legends: Arceus, the Pokémon Company and Game Freak have spent the last year bringing fans back to the Sinnoh region. In the views of longstanding fans of the brand, the fourth generation of Pocket Monsters has effectively become a modern classic.
Sinnoh, like any other generation, has its share of outstanding Pokémon. Many of these species are remembered for their unique designs, battle prowess, traversal utility, memes, or any combination of the four. 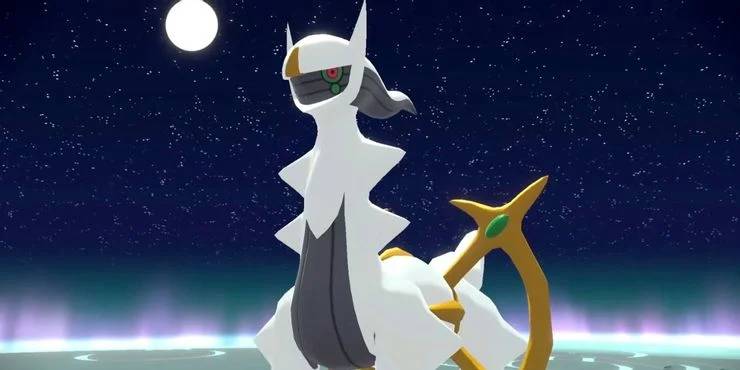 Legendary Pokémon species are a staple of each major game, although not all of them are as memorable as others, even if they have the same name. Of course, there are Mew and Mewtwo, the Legendary Bird trio, and others, but the deity Pokémon Arceus also made an effect on fans.

Arceus’ lore in the Pokémon universe clearly distinguishes it, as it is canonically known as the universe’s creator. It boasts one of the strangest and most fascinating designs in the series, appearing to be inspired by Apis, another ancient Egyptian character. Since the release of Legends: Arceus, Arceus has received more attention in the games. 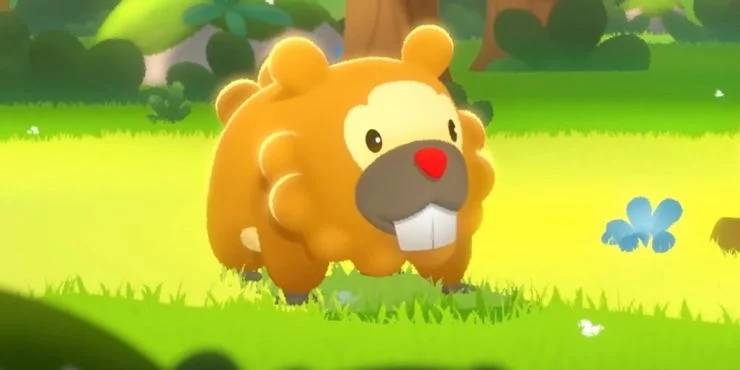 Bidoof is an early-route Pokémon whose popularity has risen due to meta reasons. The small beaver creature isn’t particularly strong or intimidating, but it does have a beautiful and lovable look that appealed to many enthusiasts.
Little Bidoof, on the other hand, transcended the games it appeared in thanks to a combination of jokes and being the go-to “HM mule” as a Bibarel when they were necessary for in-game growth. It’s an ironically popular Pokémon, but a popular one nonetheless. 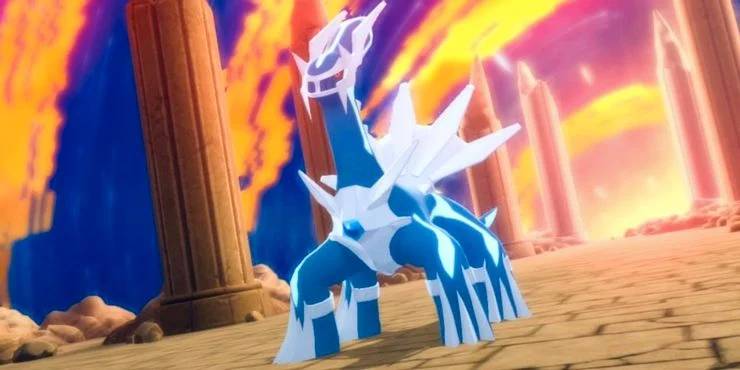 The Creation Trio (Dialga, Palkia, and Giratina) are all instantly recognizable to fans. However, between Dialga and Palkia, it appears that the former commands the majority of the attention.

Part of that is due to its appearance, which appears to be a sleek and regal combination of a wolf and a dragon wrapped in a steel aesthetic. The fact that it is the representative and master of time, like with every Legendary, adds to the mystique. Dialga’s Steel/Dragon-Type was also the first of its sort at the time.

It’s easy to see why Garchomp has remained such a popular Sinnoh character in the 16 years after the Japanese debut of Diamond and Pearl. Garchomp’s odd combination of land-shark, dragon, and dual Dragon/Ground typing is one of the franchise’s most stylishly threatening looks, and it still holds its own in combat in both casual and competitive online playthroughs.

Its gigantic 600 base stat total, as the Sinnoh region’s resident Pseudo-Legendary, makes it fearsome in combat with a large movepool. Many veteran fans may recall Champion Cynthia’s Garchomp’s hard battle with them. Despite being such a late-game catch as Gible, it was extremely common to see it in players’ Pokémon Diamond and Pearl teams. 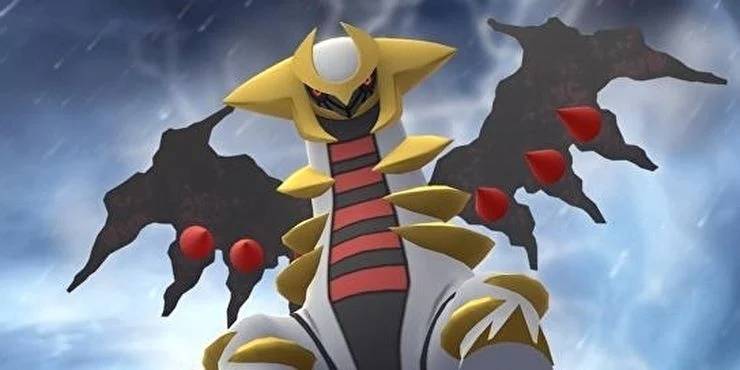 The gloomy and foreboding Giratina completes the Creation Trio. It features a distinctive leviathan-like design and a very rare Type combination, so most enthusiasts will recognize it. The Ghost/Dragon pairing, like Dialga, was groundbreaking at the time.

Giratina’s Origin Forme being the flagship for Pokémon Platinum and its “antagonist” status opposing Arceus are also part of what makes it so unforgettable. Giratina is a “fallen angel” who was expelled by Arceus owing to its violence and became the master of the Distortion World and antimatter, according to biblical legend. 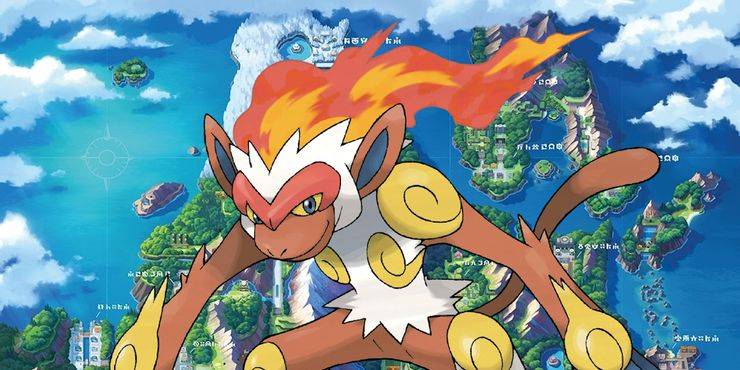 Several Fire-Type starters have become fan favorites over the course of the eight generations of mainline games. Infernape became famous for its imaginative design and skill in story playthrough combat.

While this was yet another Fire/Fighting rehash following Hoenn’s Blaziken, the worn cliche was thankfully not yet exhausted. The chimp-and-Sun Wukong-inspired creature has a wide range of moves and was a popular choice among many players, especially since it was one of the few Fire-Types in the Sinnoh region. 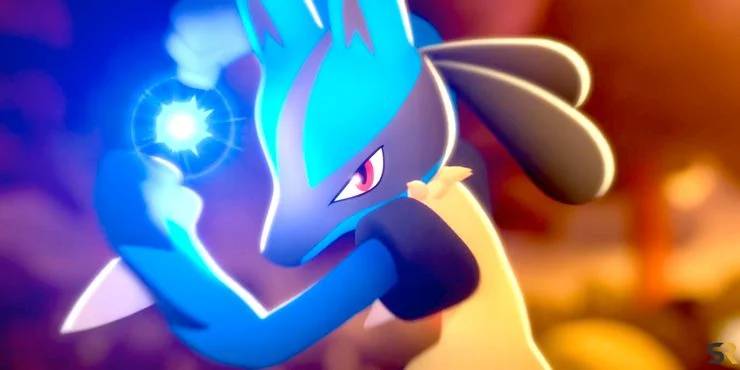 Lucario is one of the most memorable Pokémon in the franchise, despite not being as well-known as the likes of Pikachu and Charizard. This nearly guarantees its reputation as one of the Sinnoh region’s “mascot” species, and it has the design and strength to back it up.

Lucario’s dual Fighting/Steel typing, as well as the stat spread, make it a devastatingly adaptable battle companion. Similarly, its innovative design impact on Anubis, the Egyptian deity of funerals and the dead, earned it an instant hit with fans. 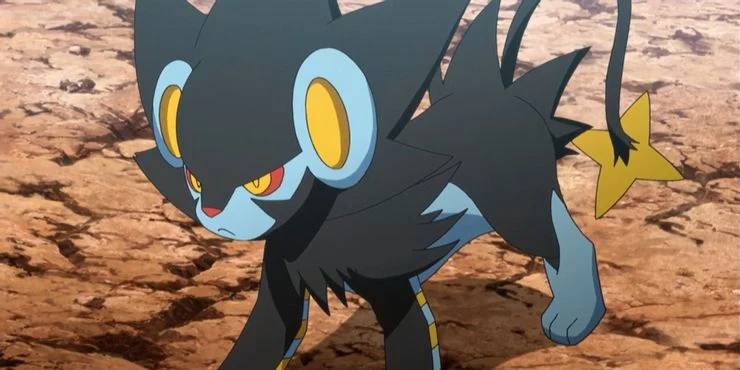 Having early access to a powerful Electric-Type is a great advantage in the Pokémon games, and Luxray made an impression with its strength and innovative design. From a visual standpoint, Luxray’s dark color palette and cat-like design make it an easy crowd-pleaser.
It’s inspired on both real-life lynxes and Egyptian legendary sphinxes, with Electric typing based on lynx eyesight legends. This design, combined with its solid numbers and hard-hitting Electric attacks, made it a popular choice in narrative mode. 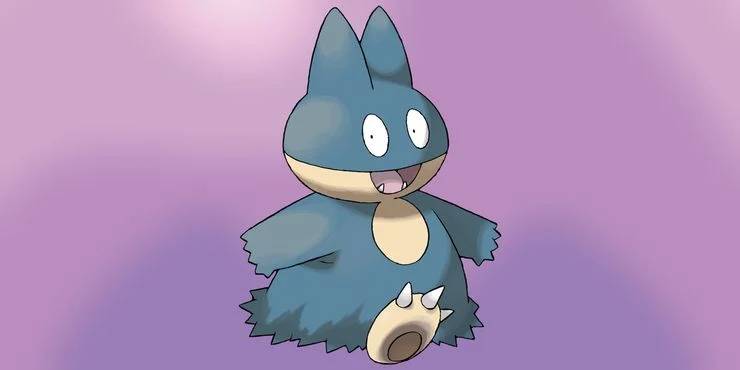 Munchlax, like Togepi and even Lucario from the Sinnoh region, was a fan-favorite Pokémon from the anime that previewed its impending region ahead of time. May, Ash and Brock’s companion in the Hoenn anime, had one that was so full of personality that it made fans nostalgic.
Munchlax was the first form of Kanto’s Snorlax, and it was a touch more active than the latter, yet it ate just as much. Unfortunately, catching one in the DS games was a pain, but Munchlax remains an iconic Sinnoh resident notwithstanding. 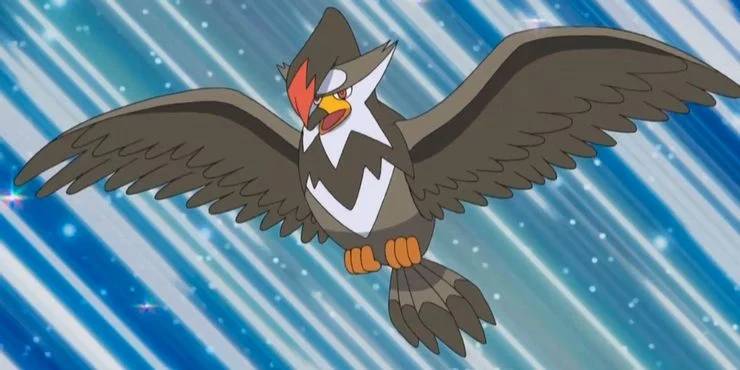 The early-route bird Pokémon is perhaps one of the most beloved traditions of the mainline games. From Kanto’s old Pidgeot to Galar’s new Corviknight, every region seems to have one, and Sinnoh’s Staraptor is still one of the most popular.

Its Normal/Flying-Type is quite standard, but its numbers as a quick Physical Attacker are extremely impressive, and the look is sleek and threatening. This starling/hawk/falcon hybrid Pokémon is one of the most dependable gameplay Pokémon in any of the Sinnoh games.