Revenge films are usually enjoyable to watch, if not for the plot, then for the thrilling action sequences that typically follow (and is it really a revenge picture if there are no such moments?).

However, a good vengeance picture usually contains a compelling and interesting plot that makes the audience root for the protagonist. After all, what is revenge without a powerful hero, regardless of whether the audience agrees with the motives for it or not? However, when the antagonist is out for vengeance, the audience hopes for the hero’s survival. Here are five revenge flicks that will certainly have you on the edge of your seat, ranging from the famed John Wick to Gone Girl. 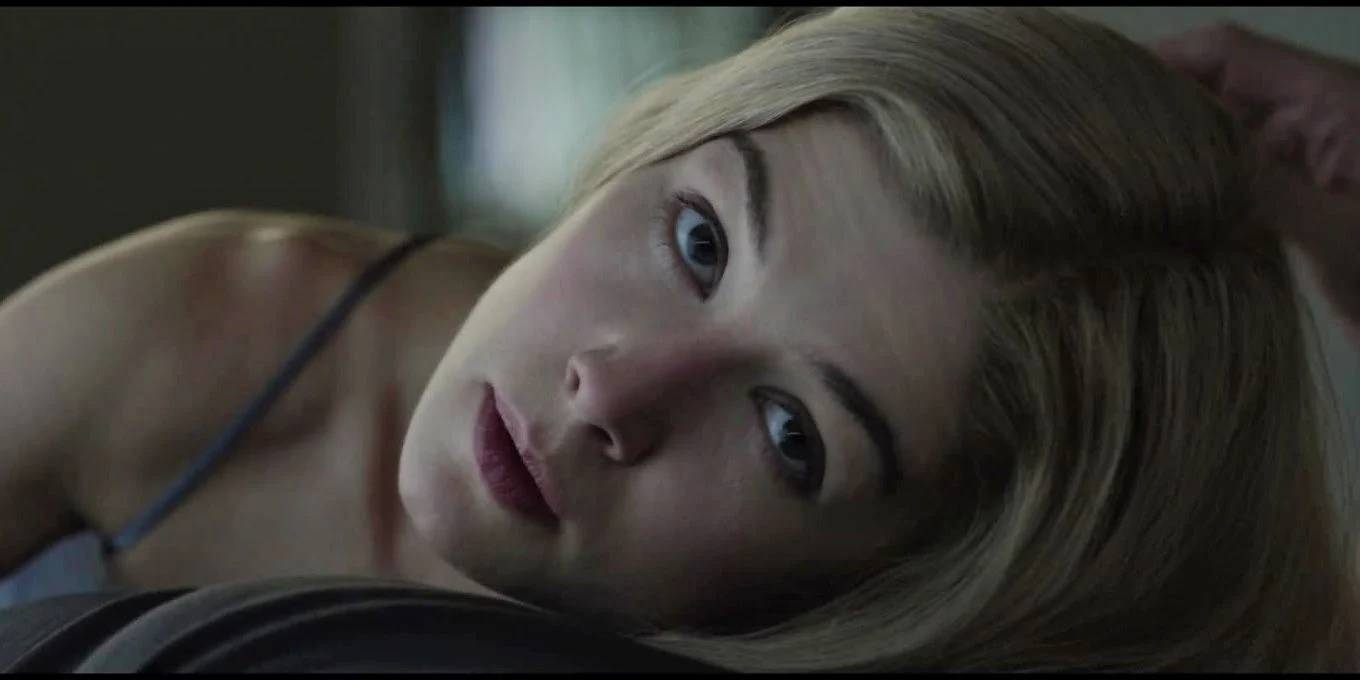 Gone Girl is a mystery film about a woman named Amy who goes missing. Nick is a professor who returns home to find his wife missing, and the search for her begins immediately. However, evidence found throughout the house points to Amy’s murder, with Nick the most likely culprit, especially now that the truth about Nick’s affair has surfaced. The audience then watches Amy driving away as they realize the truth about what transpired.

Although Gone Girl does not appear to be a revenge film at first, the spectator learns that Amy set up Nick’s death after the film flips to Amy’s perspective. Amy and Nick were not the happiest couple; in fact, their relationship appeared to be crumbling apart, and Amy intended to frame Nick after discovering his affair. Amy’s ultimate purpose appears to be exacting revenge on Nick for everything, making this a thrilling film from start to finish. 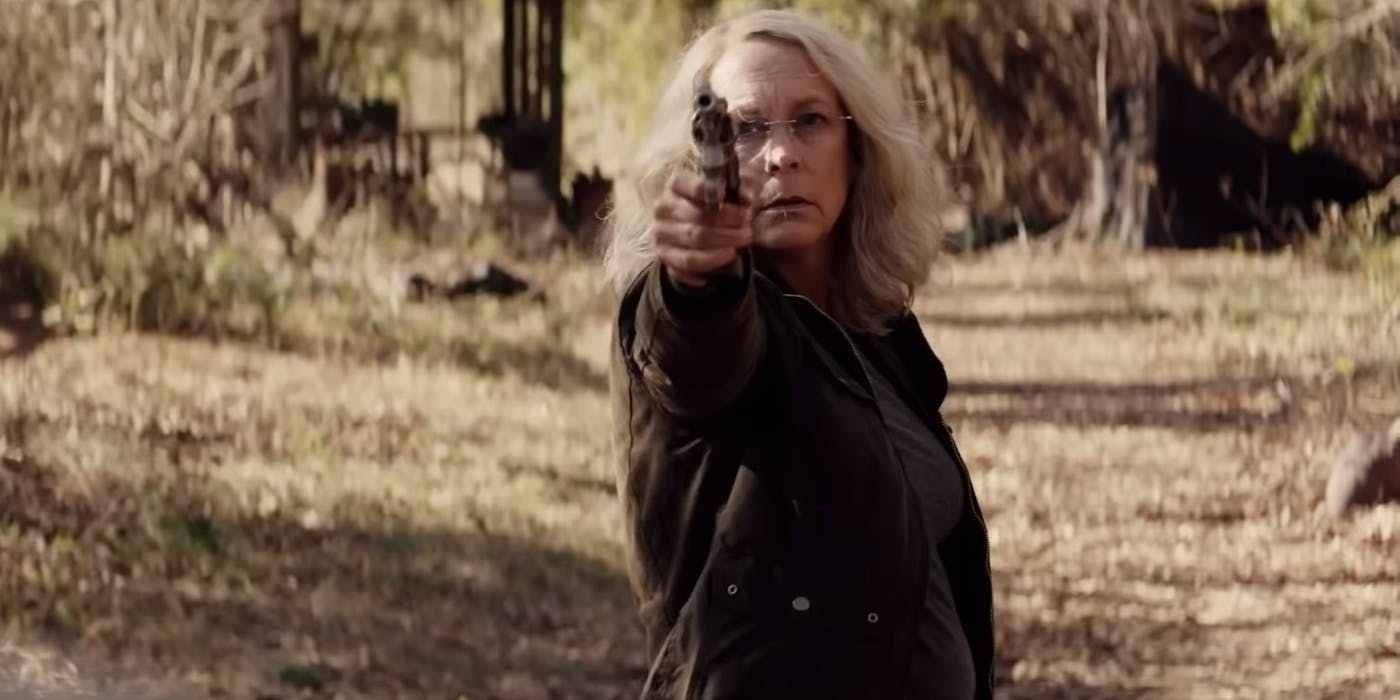 Michael Meyers returns forty years after his attack on Laurie Strode and her neighborhood, and Laurie is prepared. Laurie is dead focused on protecting herself and her family from Michael’s upcoming murdering spree, with a booby-trapped house and an estranged daughter ready to defend and kill. Is this all for her own safety, or is she out for blood and the vengeance she’s been planning her whole life?

The first Halloween was a fantastic film that descended into mediocrity with sequels and spinoffs that lacked the uniqueness and dread of the first. Laurie Strode has solidified her place as an iconic horror heroine ever since the debut of this film, even gaining a berth as a survivor on the Dead by Daylight roster. At least until Halloween, no other film has been as legendary as the original (2018). Although the audience’s dread has subsided, a new emotion has arisen as they watch Laurie Strode emerge with her own knife, determined to slaughter Michael like he did to her. 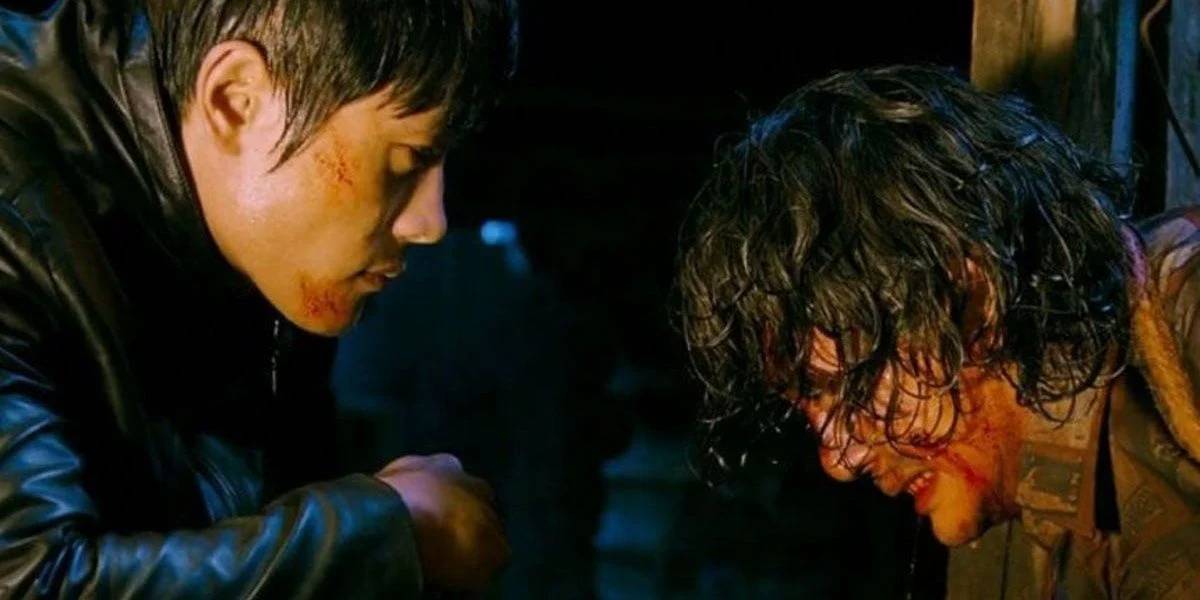 The Korean film I Saw the Devil stars Lee Byung-Hun as Kim Soo-Hyeon, whose fiancée’s head was discovered in a river. Soo-Hyeon becomes obsessed with finding her killer in order to revenge his slain companion.

Lee Byung-Hun portrays a bereft fiancé convincingly. He helps the viewer believe in his determination to find the culprit by making the pain feel real. The audience wants to see him avenge her, but as the quest progresses, it gets increasingly difficult to watch, especially when Kyung-Chul, the killer, intends to exact his own vengeance. 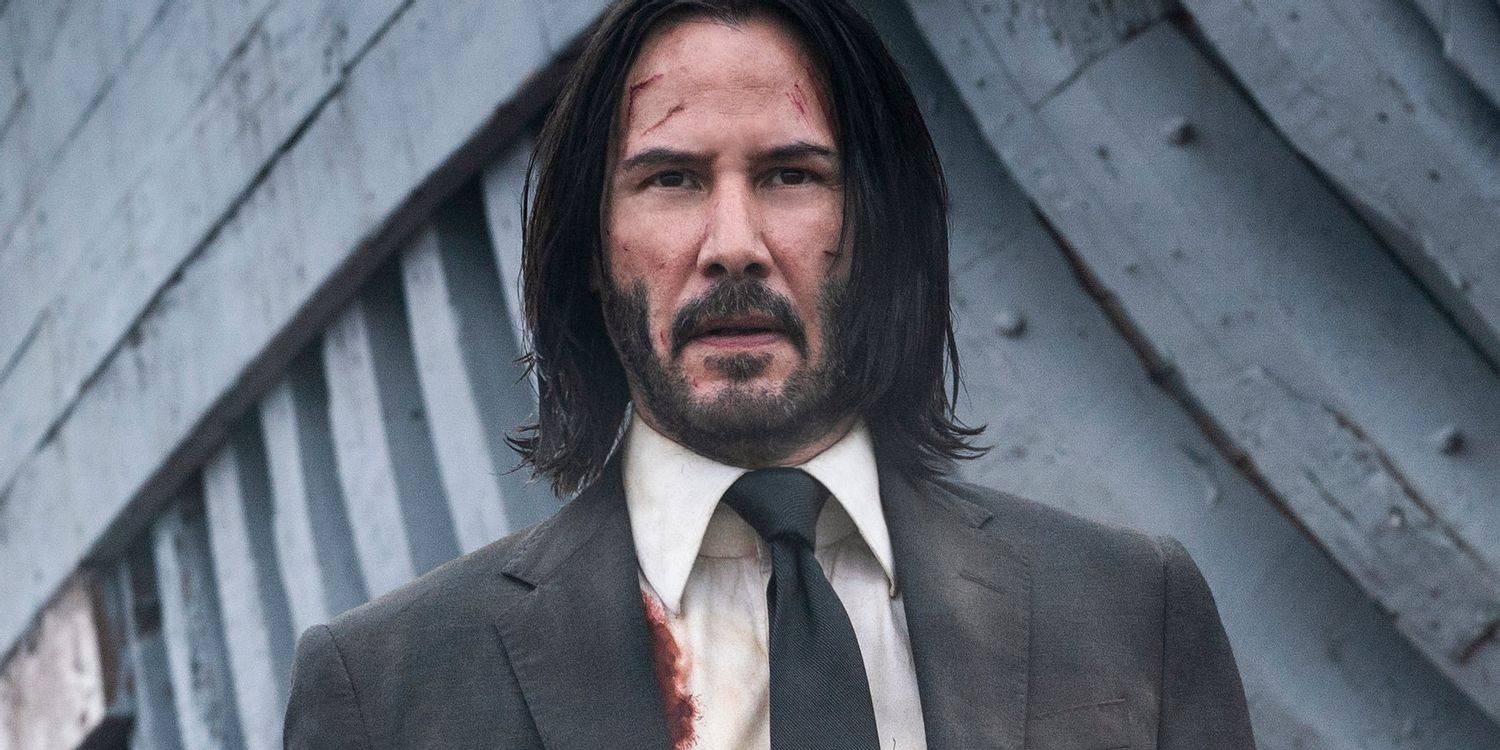 Keanu Reeves is well known for his role as John Wick. After leaving his criminal past behind to live peacefully with his wife, she passes away unexpectedly, leaving him alone and depressed. Then, on his doorway, she leaves him one more gift: a puppy. John is gradually returning to normal now that he has a cause to wake up every morning. That is, until the son of a mobster breaks into his house and steals his automobile (also left behind by his wife). John gets attacked and his pet is killed in the process. After two of his wife’s remaining possessions are taken, John goes on a killing spree, killing the mobster’s son and anybody who stands in his way.

There’s a reason why John Wick is so popular. It’s a thrilling film that has the audience pulling for John Wick while knowing very little about him. The closer John gets to returning his automobile and exacting his retribution, the more powerful his opponents get, and the closer he comes to death. 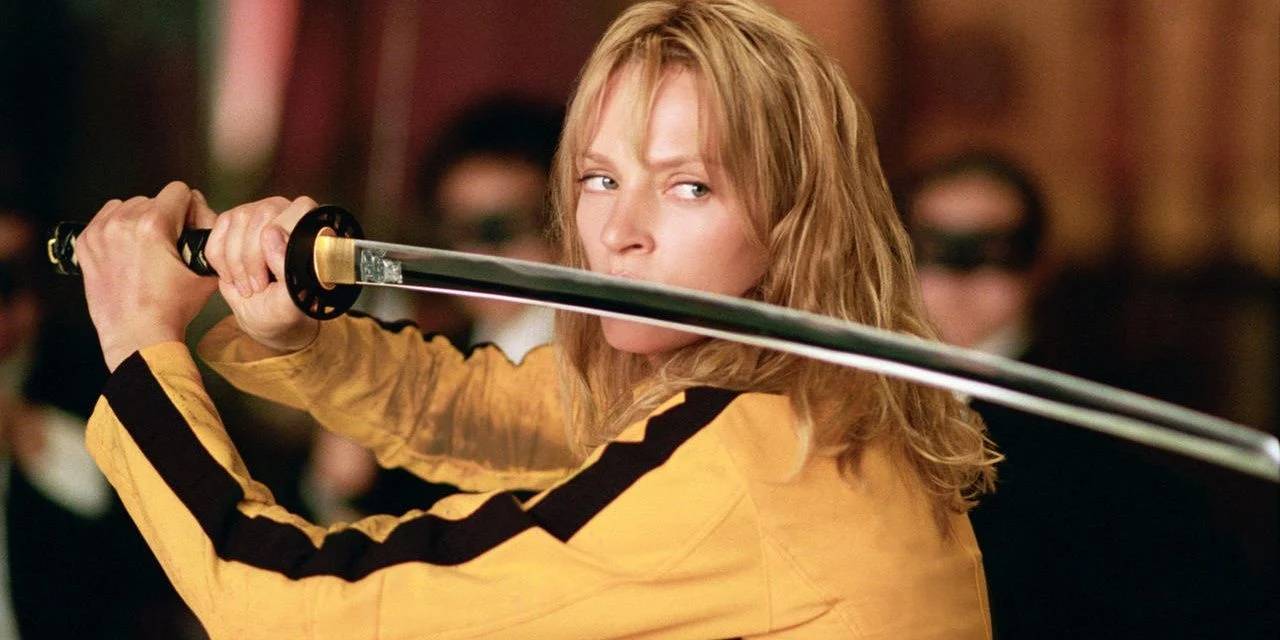 Kill Bill pursues “The Bride,” a lady who is found wounded at a wedding, presumably her own. She tells a man, Bill, who is also holding a gun, that she is pregnant with his kid before being shot in the head. Bill was also the leader of the infamous murder team, the Deadly Wipers, which the Bride had been a member of before returning to normal life. The Bride goes on a hunt to destroy those who took everything from her four years after waking up from a coma. And then? Assassinate Bill.

Kill Bill is a two-part film focused solely on vengeance. A heartbreaking opening greets the audience right away, and what could be more compelling than a woman about to marry with a baby on the way? Kill Bill has all of the characteristics of a revenge picture, and the audience is left wondering whether The Bride will triumph and avenge herself. 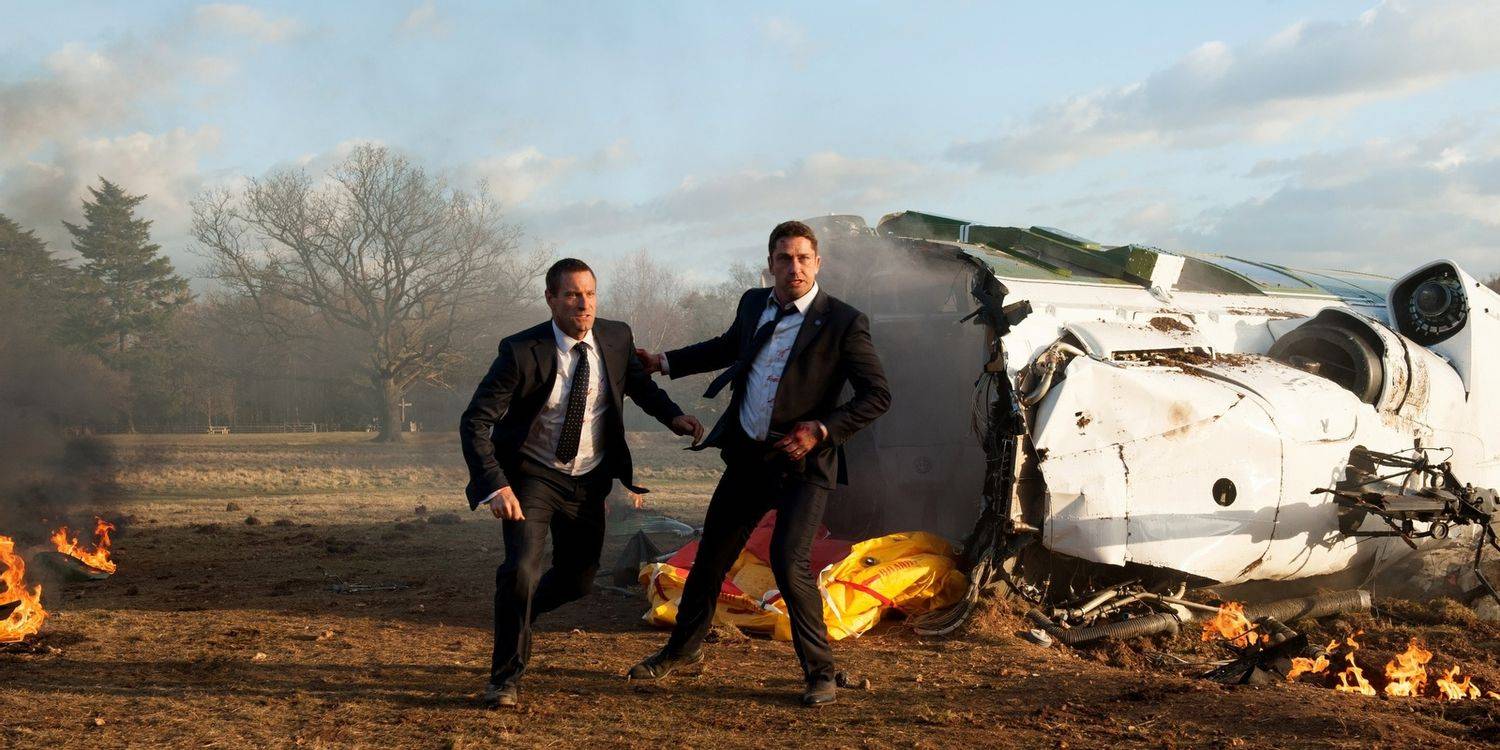 London Has Fallen follows secret security officer Mike Banning as he prepares to resign from the president while expecting a kid with his wife. Prior to that, he would travel to London alongside US President Barack Obama to pay their condolences to the late British Prime Minister David Cameron. While they are there, however, a bunch of terrorists seeking vengeance on the president assault London and track him down. Mike is in charge of safeguarding the president.

London Has Fallen keeps the audience on the edge of their seats, and unlike previous films, it makes the audience hope that the terrorists do not get their retribution. It’s a unique revenge picture in which the antagonists seek vengeance, and it largely makes you root for Mike’s survival as he goes to tremendous measures to defend the president. 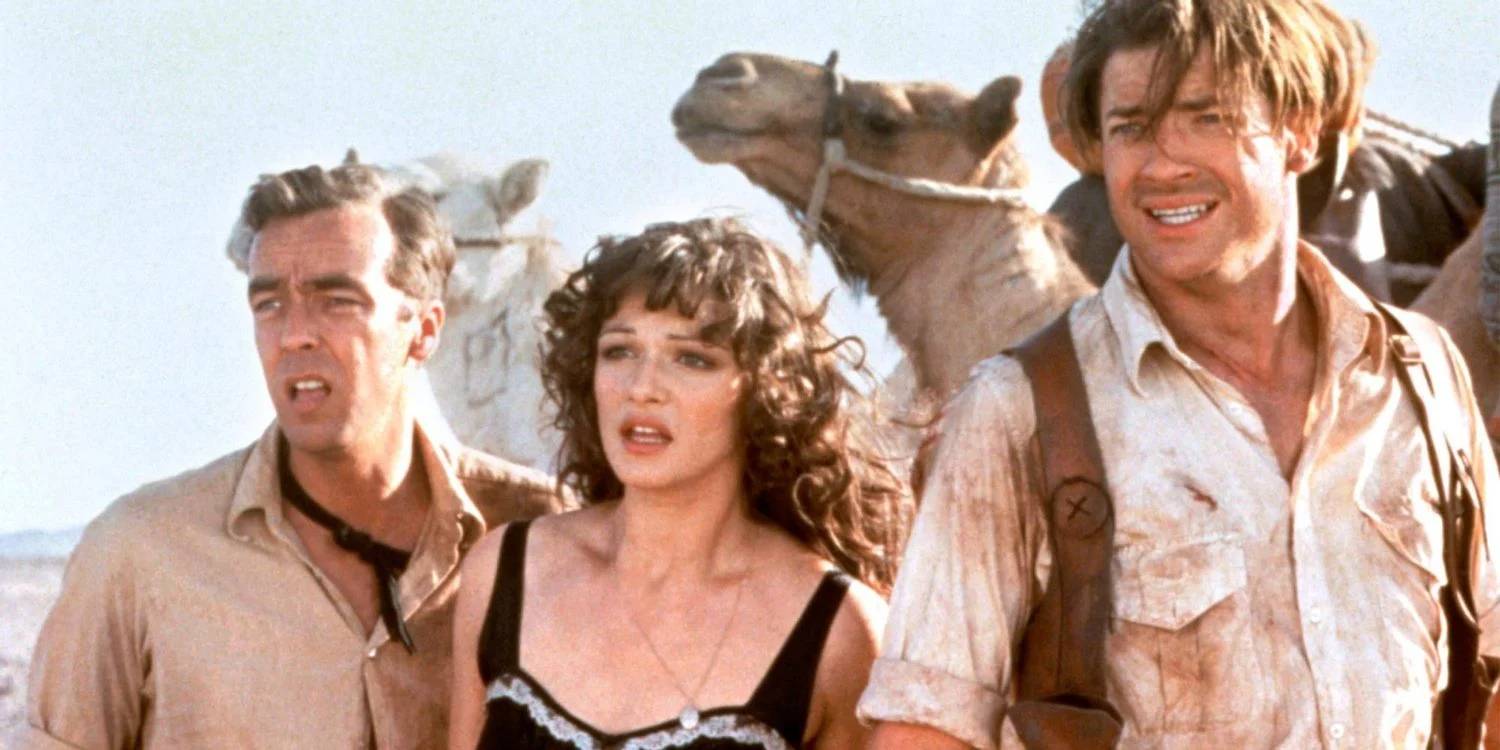 The Mummy is a film about an Egyptian librarian named Evelyn who is on the lookout for Hamunaptra, also known as the city of the dead. She and her brother save American Rick from execution because of his knowledge of the city and release him on the condition that he accompany them to it. However, after digging through the city and reading the renowned Book of the Grave, Evie unwittingly awakens Imhotep from the dead, and in his mummified form, he wants to resurrect his first love and dominate the world using Evie’s corpse.

Another film in which the villain seeks vengeance for being wronged is The Mummy. Imhotep was mummified alive by the Pharaoh’s bodyguards in this case. The first half of the film does a good job of making the major characters likeable heroes, which is crucial in a revenge picture when the audience is rooting for the protagonist’s survival. 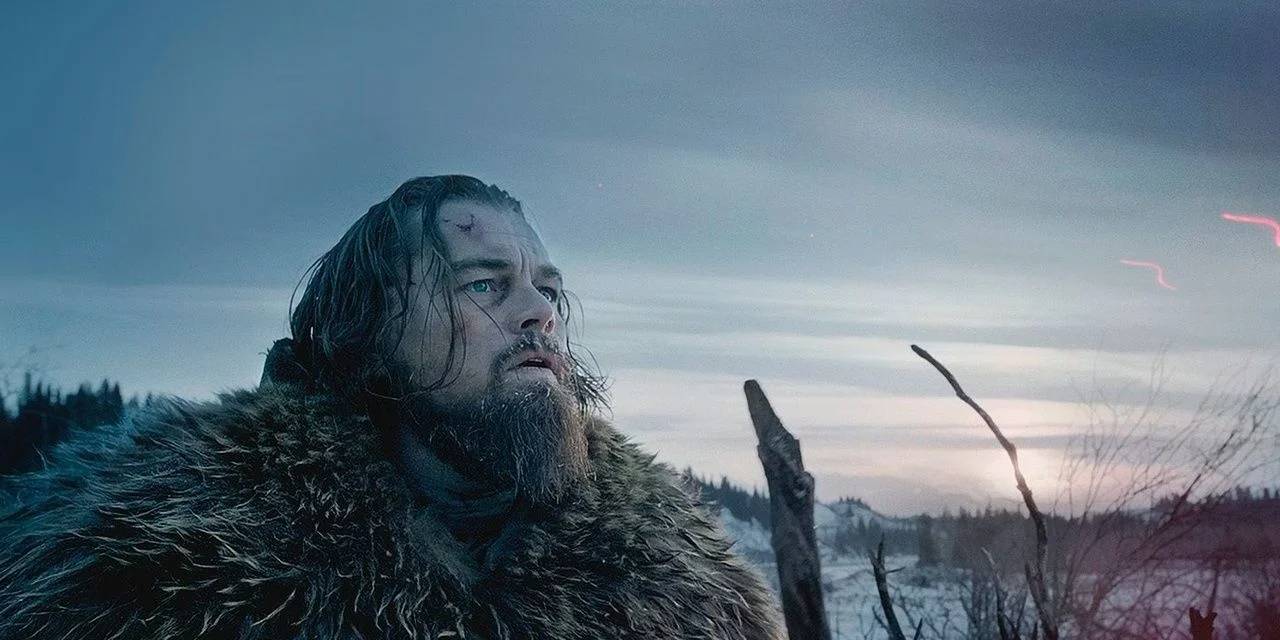 Hugh Glass, played by Leonardo DiCaprio, is mauled nearly to death by a grizzly bear during a reconnaissance mission in Revenant. He had previously served as the guide for a group of hunters who had survived a camp attack. To avert another attack, the company decides to move away, but three volunteers, Hawk (his half-Pawnee son), Jim Bridger, and John Fitzgerald, stick behind to watch over Hugh until he dies. However, once everyone has left, John attempts to suffocate Hugh, but is stopped by Hugh’s son. To keep Hawk from informing Jim, John murders him, and Hugh stands by and watches the whole thing occur. Hugh resolves to exact his revenge once John persuades Jim to abandon him out of fear of being attacked.

Leonardo DiCaprio as Hugh Glass deserved an Academy Award for his performance. The assassination of Hawks seemed unjustified, and the audience quickly came to loathe John and wished for his demise. A decent revenge plot doesn’t require much blood or violence, but rather a compelling purpose for retribution, which Leonardo DiCaprio provides. 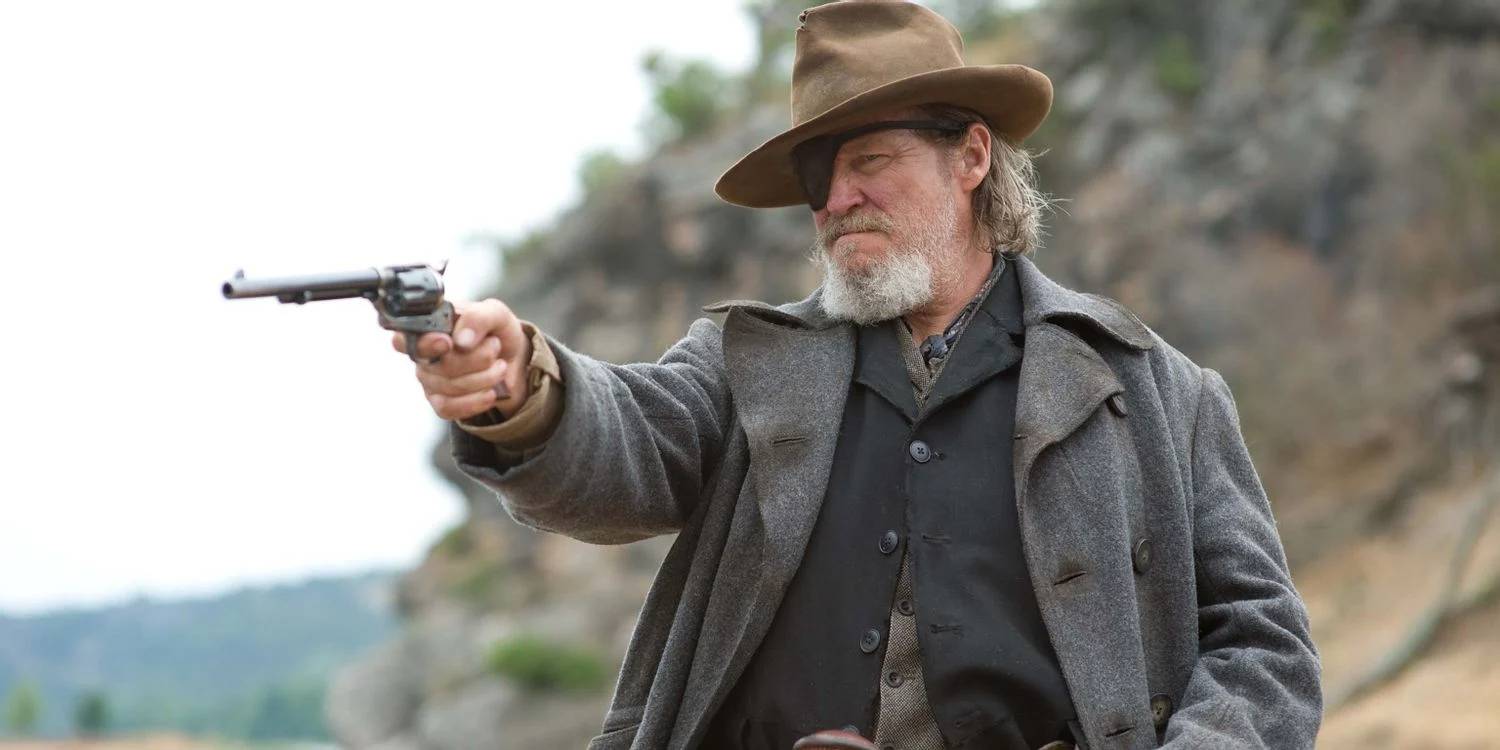 True Grit is a remake of a movie. It centers on Mattie, a fourteen-year-old girl whose father was murdered by Tom Chaney (an outlaw). She hires Cogburn, a lawyer, to track out Chaney and avenge her father. Despite their strained relationship, Mattie and Cogburn team together to hunt down Chaney, along with ranger Labeouf, who is also on the search.

True Grit, like the original, is a thrilling revenge story. The audience hopes Mattie will avenge her father, but the film does a good job of portraying Chaney as a dangerous villain who has committed numerous killings. It’s almost as if Mattie will witness her father’s avengement. 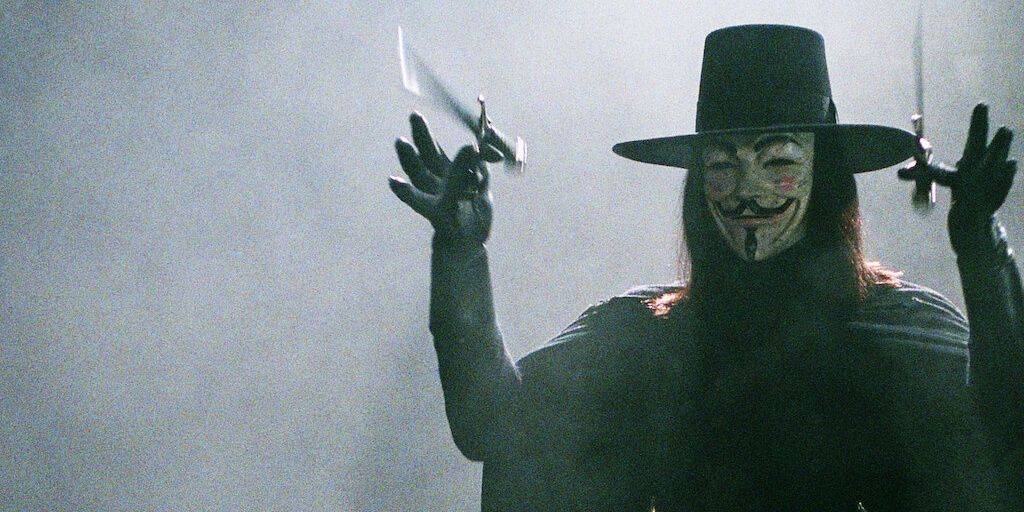 For many, V for Vendetta has been a long-time favorite. It’s a revenge film about Evey, a young woman who gets herself into problems after leaving the house late one night. She is saved by the mysterious masked vigilante V, who reveals that he is determined to create a revolution against the fascist regime in London. To do so, he enlists Evey’s assistance.

V for Vendetta was an interesting film that quickly established Evey as a traitor. It’s thrilling because V absolutely trusts her, spilling his own secrets and taking her to his hideaway, where he gathers antiques that would normally land him in jail. Her obvious nervousness and fear for the government only emphasizes her betrayal. The viewer, on the other hand, never knows when she will betray him (if she ever does).