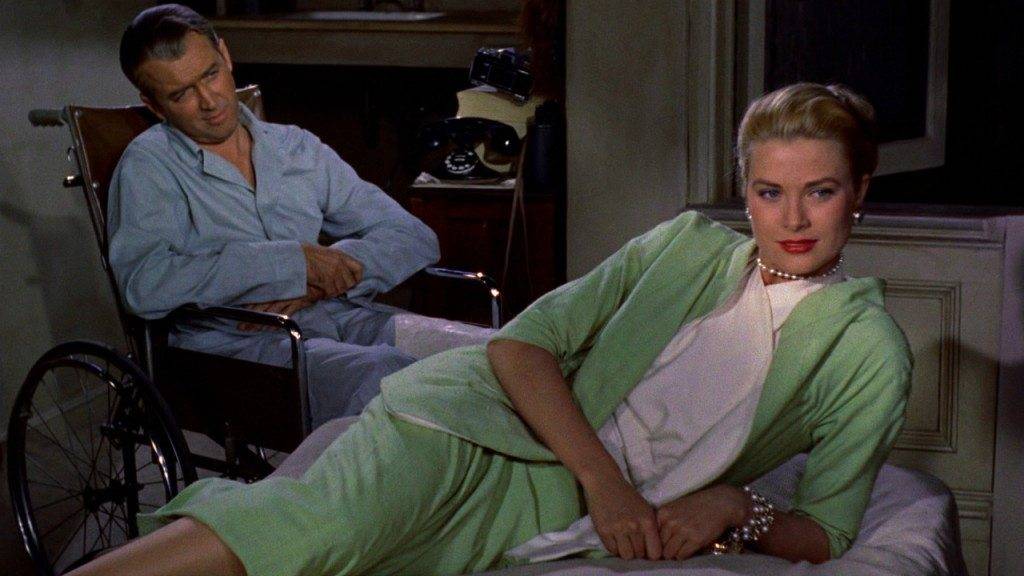 20 Best Thrillers of All Time – Nothing Beats The Classics

In most thriller films, the stakes regarding the final outcome are significantly higher. The viewer watches the story unfold through the eyes of the main character, experiencing the same levels of high thrill, heightened anxiety, and tremendous tension as he does. There are various circumstances throughout the plot that keep the audience on the edge of their seats, often with twists and turns. The inner struggles between the characters heighten the situation, engrossing the audience. The icing on the cake is a cliffhanger ending. Hollywood has experimented in this genre on numerous occasions, producing some outstanding films in the process. So we went ahead and compiled the list below in order to uncover the best thriller films of all time, and boy, was it difficult! 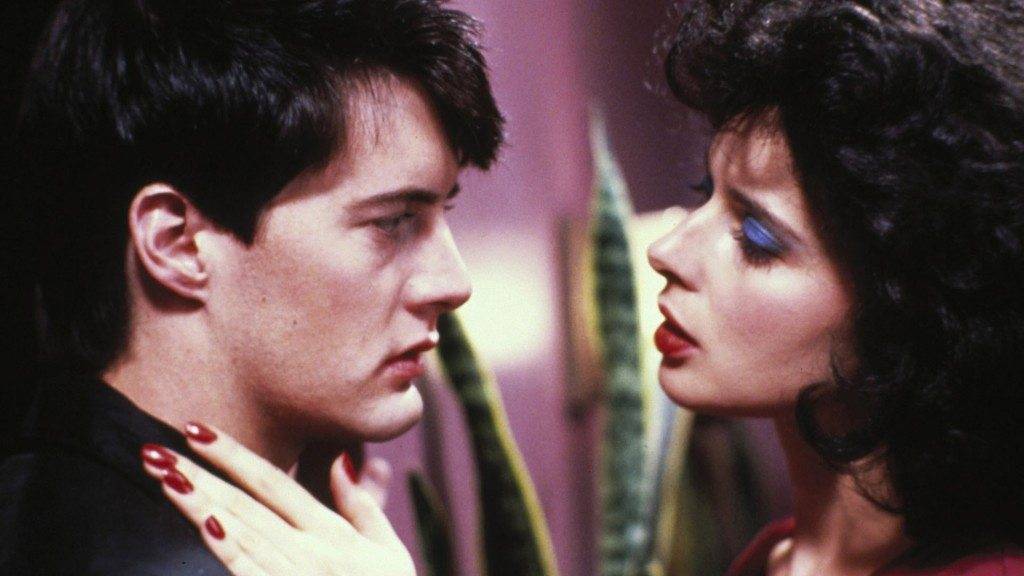 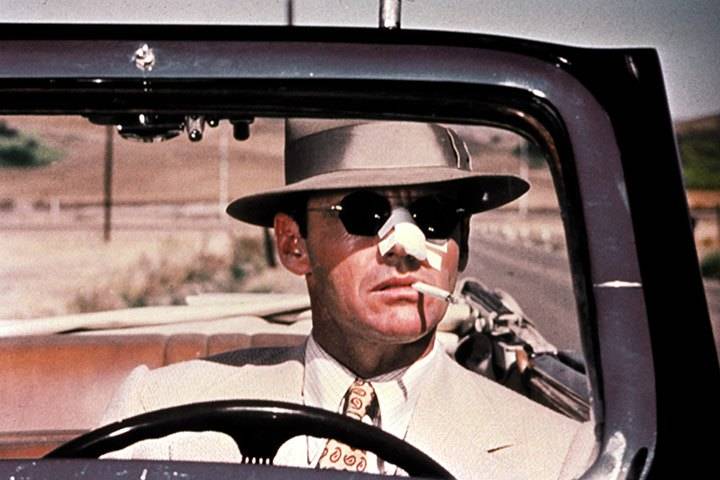 ‘Chinatown’ is a great example of a neo-noir thriller that incorporates various subgenres. A woman claiming to be his wife hires private detective Jake Gittes to look into an engineer with the Los Angeles Department of Water and Power. The man is later discovered to be deceased, and the actual wife emerges. During his investigation, he discovered the deceased in the company of an unknown woman. What is her name? Why, after releasing gallons of water from the reservoir, does the valley stay dry? That’s ‘Chinatown’ for you, folks: a real plot labyrinth culminating in a startling finale! 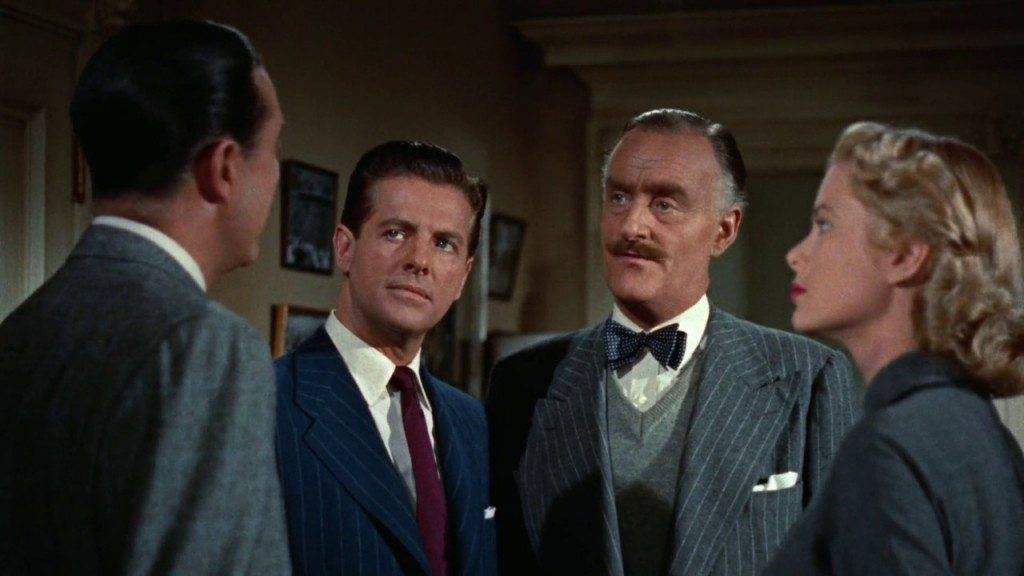 The perfect crime has all the characteristics in Alfred Hitchcock’s adaptation of a renowned stage play. A guy hires an assassin to assassinate his adulterous wife in order to claim her large fortune. Instead, the assassin is killed by the wife. And now the husband has devised a new devious scheme in which he attempts to implicate the wife while claiming ignorant of her innocence. ‘Dial M for Murder,’ a fantastic thriller, has generated countless remakes in a variety of languages. 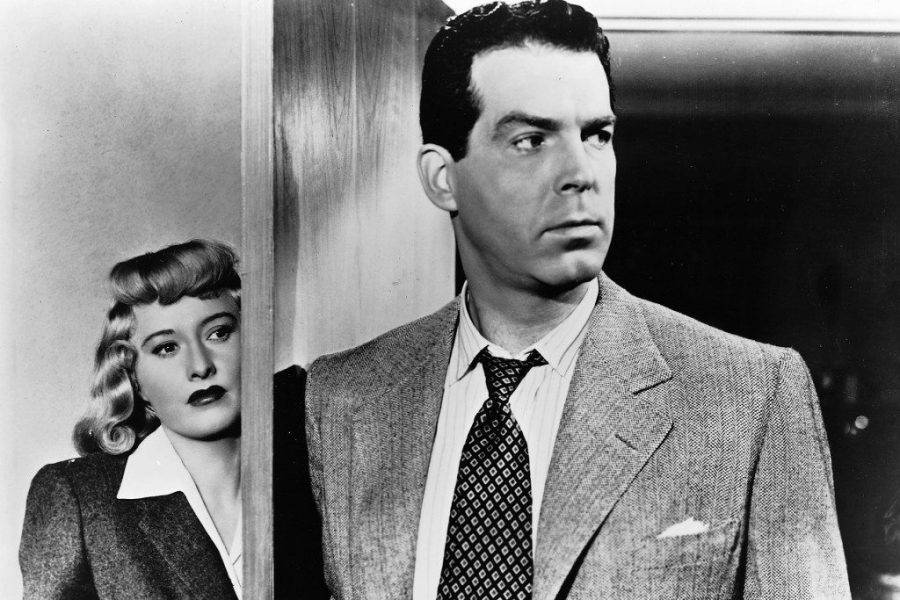 ‘Double Indemnity,’ a unique thriller about love, deception, and murder, is recounted in flashback mode. A clause in the insurance contract stipulates that in the event of accidental death, the payment will be doubled. With the help of an accomplice, a cunning woman devises a wicked plan to kill her husband in a staged accident and collect the insurance money. ‘Double Indemnity,’ widely regarded as the first in the noir film series, is one of director Billy Wilder’s most fascinating works, and is sometimes linked to another of his best works, ‘Sunset Blvd.’ 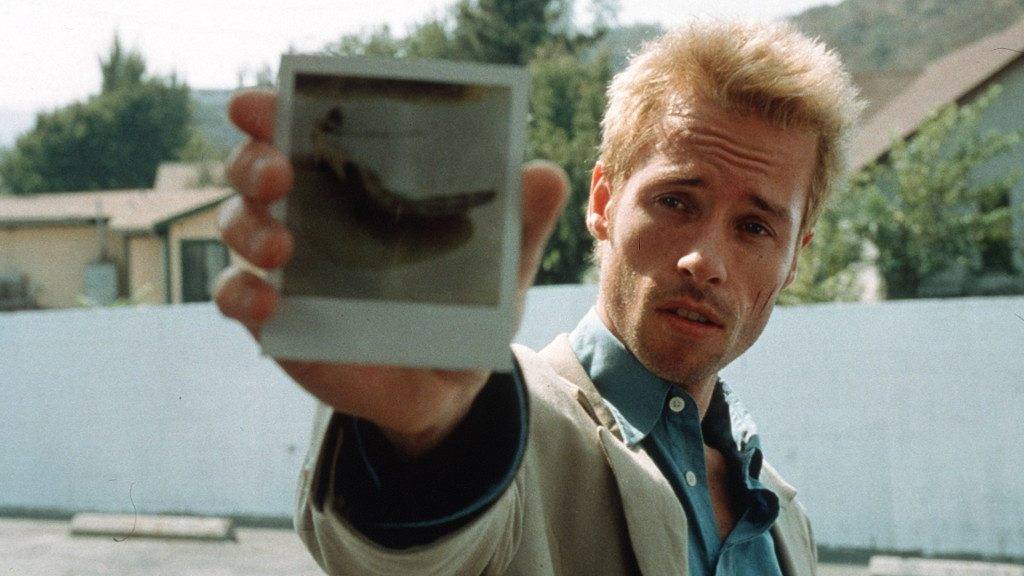 Due to an accident, a man is forgetting his recent memories and needs to kill the men who are responsible for his wife’s death and his current state. His body is covered in tattoos, which are his only hints. The audience experiences the same emotions as the protagonist, just in a slightly different way. The color sequences describe the story in a forward-moving fashion, while the black-and-white sequences show the past. Did I mention that the graphics are interspersed? Memento features a great Christopher Nolan, a distinctive storytelling style, and the mounting tension of catching the real killer. 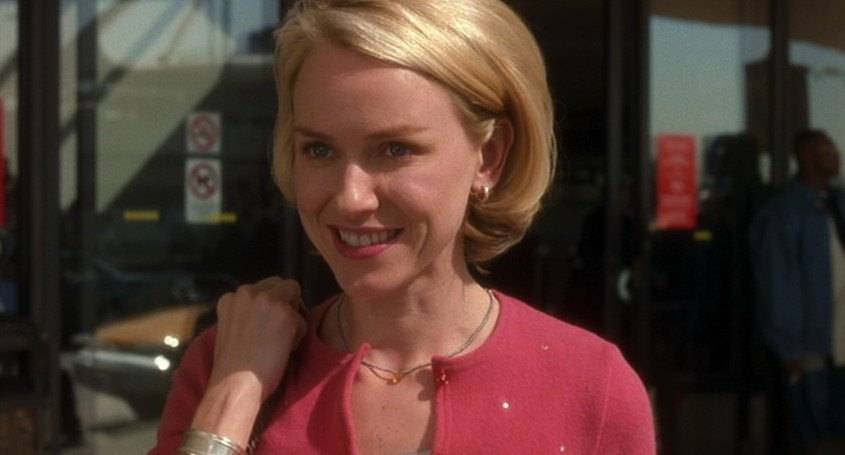 It takes numerous viewings to fully appreciate the finesse of this film. Whether it’s a dream world or a paradise, ‘Mulholland Drive’ can be interpreted in a variety of ways. And the greater question – who is Diane Selwyn? – is left to the audience to figure out on their own. Betty, what happened to her? What is the purpose of the blue box with the blue key? 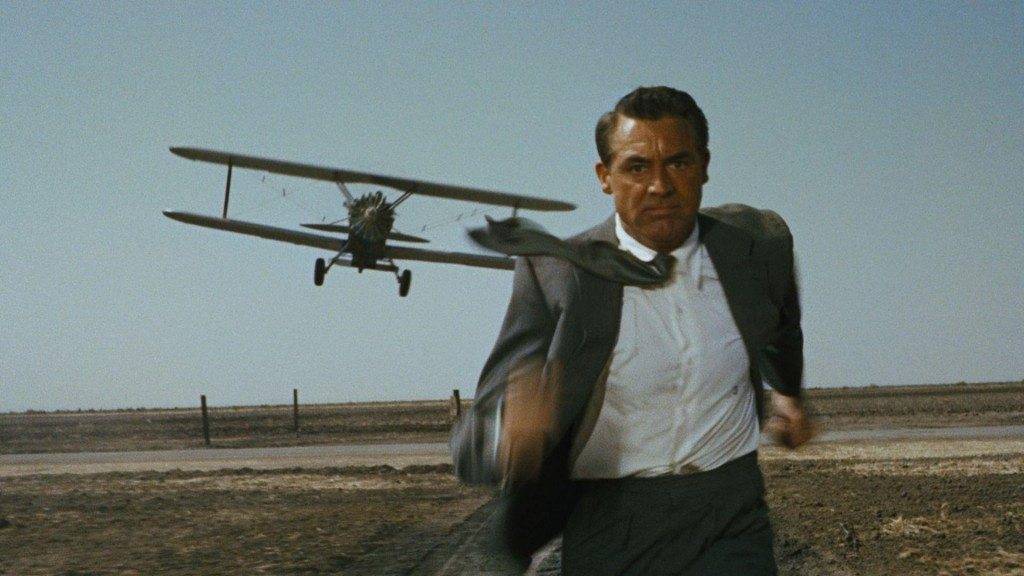 This is one of Alfred Hitchcock’s most un-Hitchcockian films, a classic take on a man on the run due to mistaken identity. A man, pursued by a horde of people, decides to explore his doppelgänger on his own. It’s more of an action film with an overabundance of action. In this slick spy thriller, Hitchcock effectively exploited the concept of a “Macguffin.” 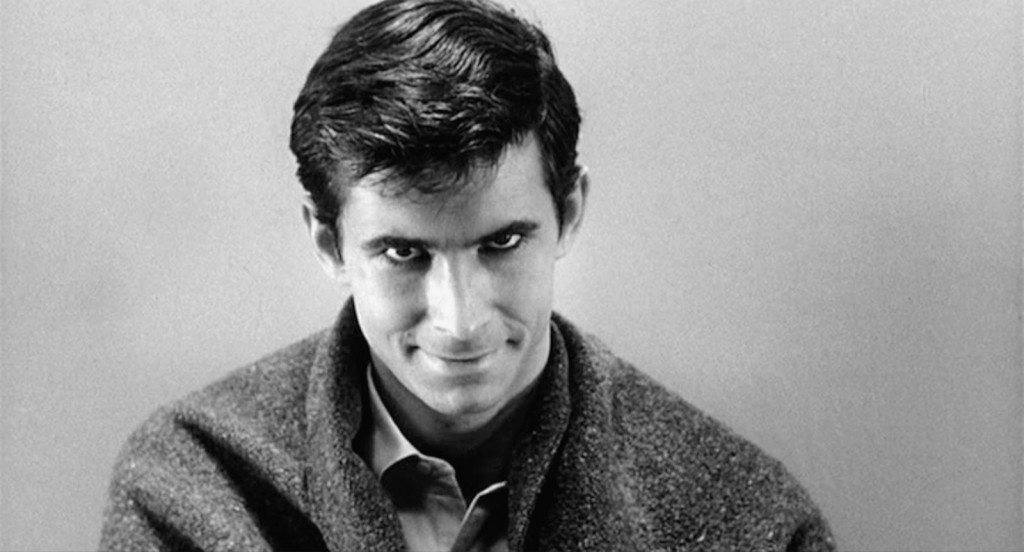 It’s widely assumed that Alfred Hitchcock had peculiar regulations for ‘Psycho,’ including not allowing latecomers into the theater. It was chosen to give full justice to the film’s thrilling climactic moment. ‘Psycho’ is a genuine thriller about a son and his mother and their abnormal possessive relationship. Hitchcock was so protective of the conclusion that he used the tagline “Don’t give away the ending – It’s the only one we have!” to promote the film.

A man confined to a wheelchair due to a leg injury engages in harmless voyeurism by peering through binoculars at his neighbors. Among the many interesting personalities in his area, one pair in particular piques his curiosity. That night, he sees something that leads him to fear his wife is dead, making him a suspect. The audience is still waiting to see if a wheelchair-bound man unveils a dark scheme or if it’s all in his head. All thanks to Alfred Hitchcock, the maestro of suspense. 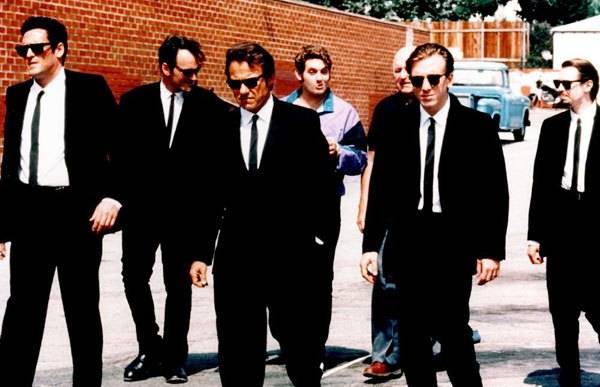 ‘Reservoir Dogs,’ Quentin Tarantino’s debut and a defining masterpiece, is one of the most cult films of the age. It’s simply about a diamond robbery gone bad, but Tarantino’s talent was revealed through the style and non-linear storytelling. Surprisingly, the novel depicts the events leading up to and following the diamond robbery, but never shows how the heist actually took place. The climactic ‘Mexican Standoff’ climax is arguably one of cinema’s most famous scenes. 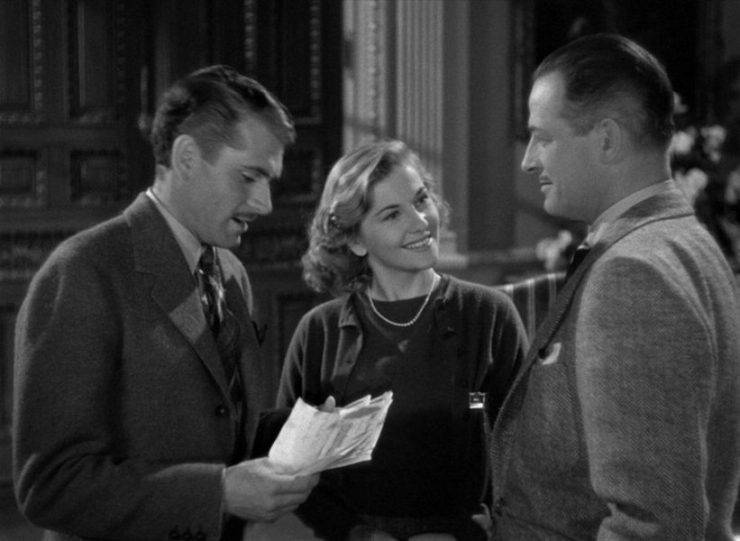 A psychological thriller in which the viewer is continually reminded of the enigmatic lady Rebecca, who never appears on film because she is dead, along with the key protagonist of Mrs De Winter. The gothic style of narration, including the haunting housekeeper who nearly pushes Mrs De Winter from the balcony, only adds to the suspense. Rebecca’s enigmatic persona remains a mystery throughout the novel, with only her true whereabouts revealed near the end. It’s a shame that, despite Rebecca winning the Academy Award for Best Picture, Hitchcock never won one during his career. 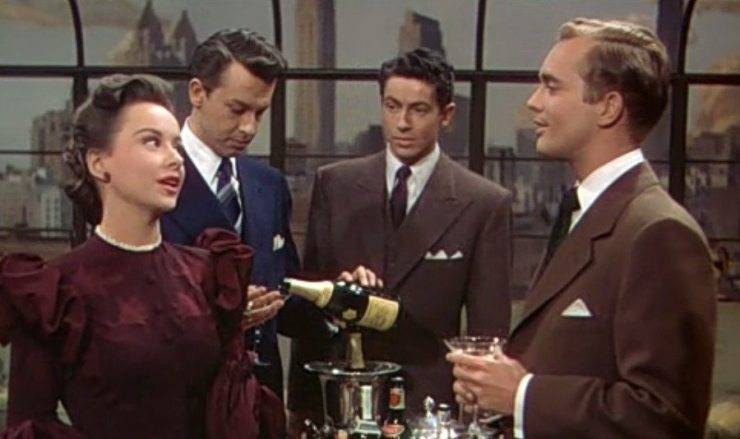 A perfect crime is a piece of art in and of itself. Two young men demonstrate this by strangling one of their pals and concealing the body in an old wooden case. They throw a party for the victim’s relatives in the evening, using the wooden case as the main point of their debate, i.e. The Art Of Murder. Although Alfred Hitchcock’s experiment failed at the time of its release, it remains one of his most daring decisions to have come up with such a macabre, yet intellectually stimulating plot. 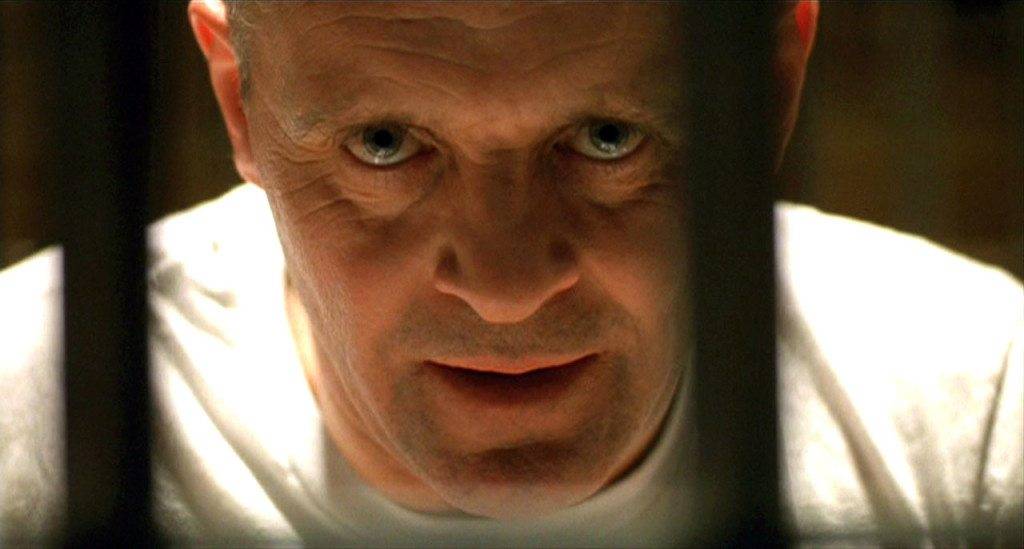 A nightmare about lambs being butchered on a farm keeps a young Quantico, Virginia recruit awake at night. She believes that if she could save another innocent person from the grips of a psychopath, she might be able to break free from her nightmares. She enlists the aid of another monster to kill a monster. Would they be able to save an innocent life if they worked together? Or will she be tormented for the rest of her life by the burden of failure? 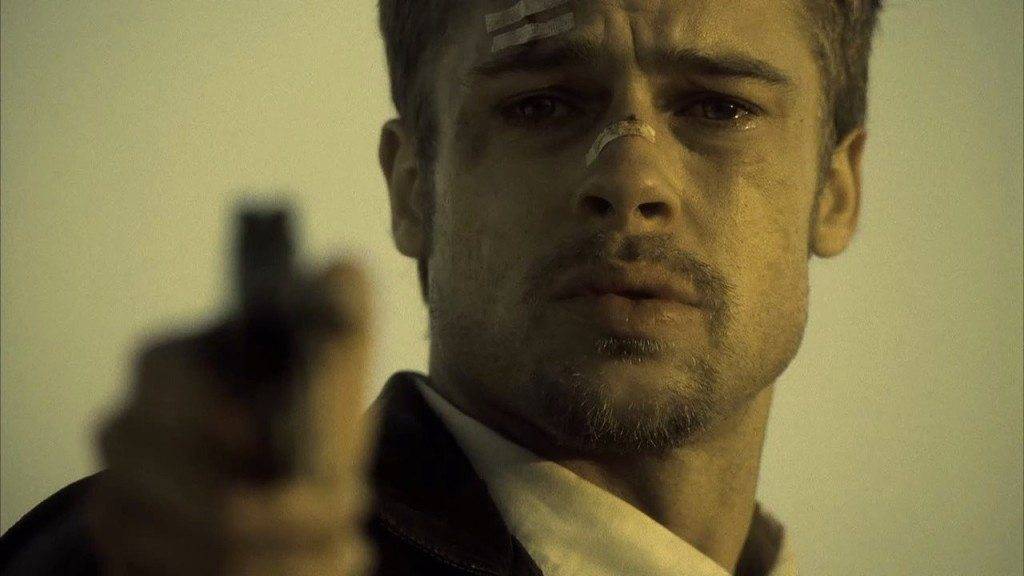 On the verge of retirement, a detective who has seen it all. A fiery detective on a mission to establish his worth in the big bad world. A lonely wife yearns to spend time with her spouse. If only one individual had not been present to destroy these three lives, life would have been lot easier. He did, however. ‘Se7en,’ directed by David Fincher, is a film about seven murders, each portraying one of the seven deadly sins outlined in the Bible, and a never-before-seen climax. 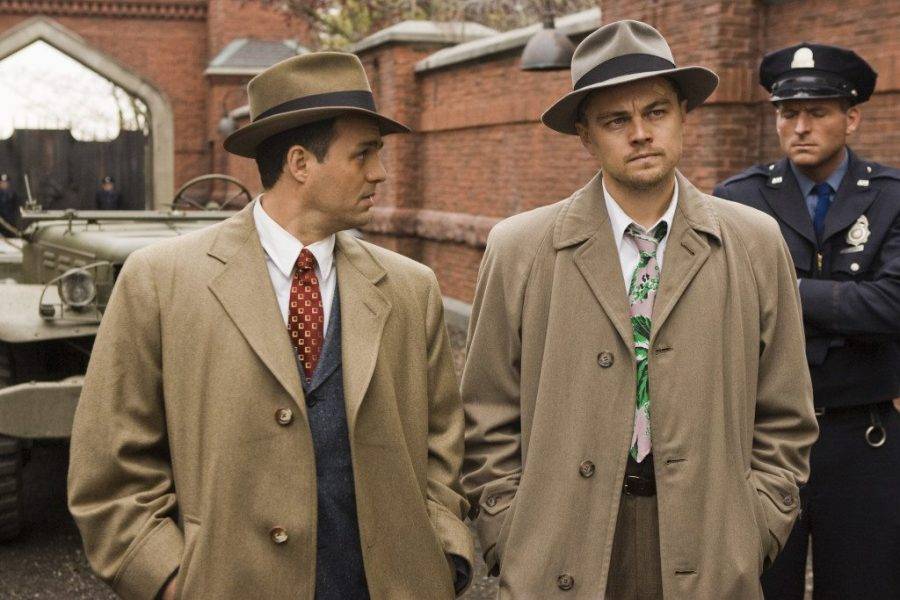 When one of their most dangerous patients escapes the premises but hides someplace in the hospital, all hell breaks loose at the AsheCliff Hospital for the Criminally Insane on Shutter Island. Teddy and Chuck, two investigators, board the ship and begin searching for clues on the island. Everyone seems to be a suspect to them. Teddy himself is one among them. The viewer is observed biting his nail in anticipation of Martin Scorsese’s neo noir. When the curtains are drawn back, he asks the same question that Teddy did: “Which would be the worst?” “Would you rather be a monster or a good man?” 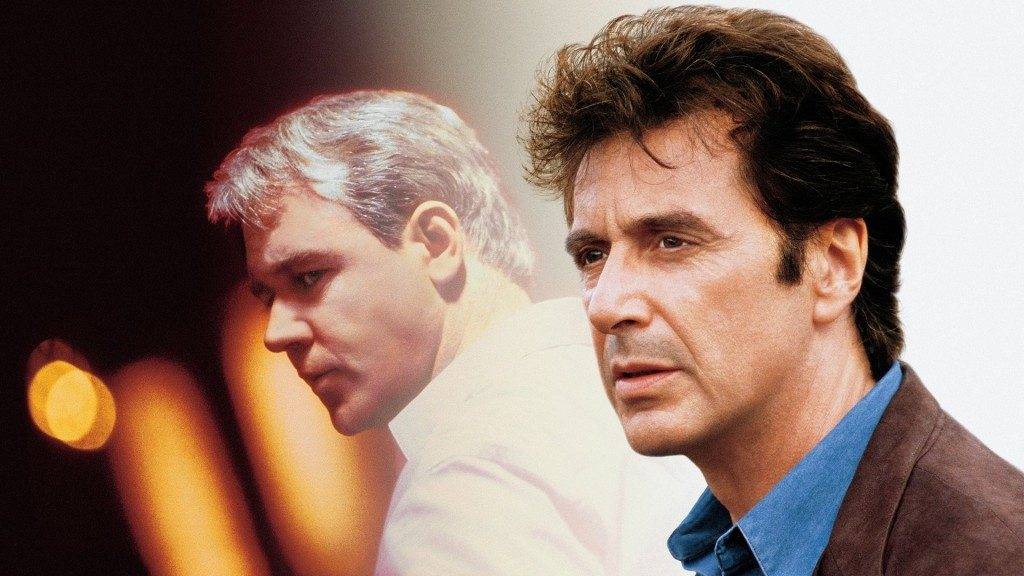 In 1995, CBS aired a contentious 60 Minutes episode in which a watered-down version of the tobacco industry’s rising power was presented. Jeffery Wigand, a former Brown and Williamson employee, was at the center of it all. ‘The Insider’ is a first-hand account of his experience as a whistleblower for the B&W’s corruption. This good, crisp tale about investigative journalism, which has been nominated for seven Academy Awards, is a captivating viewing. 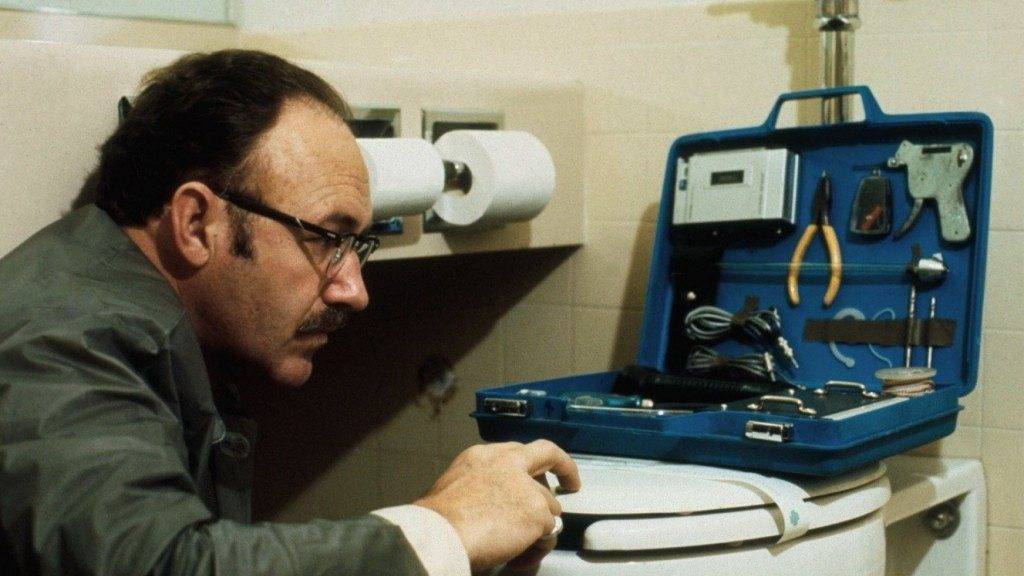 A man who uses stealth gadgets to listen in on every conversation is heartbroken after discovering potential murder victims in a relationship. He wants nothing more than to save them, but he can’t confront his conscience because his profession requires him to listen to everything they say. And the shame gnaws at him from within. He finds himself in the middle of nowhere due to a moral issue. Francis Ford Coppola’s brilliance shone brightly as two of his greatest works, ‘The Godfather Part II’ and ‘The Godfather, Part II,’ competed for best film at the Academy Awards. From the perspective of a filmmaker, there is no greater honor than this. 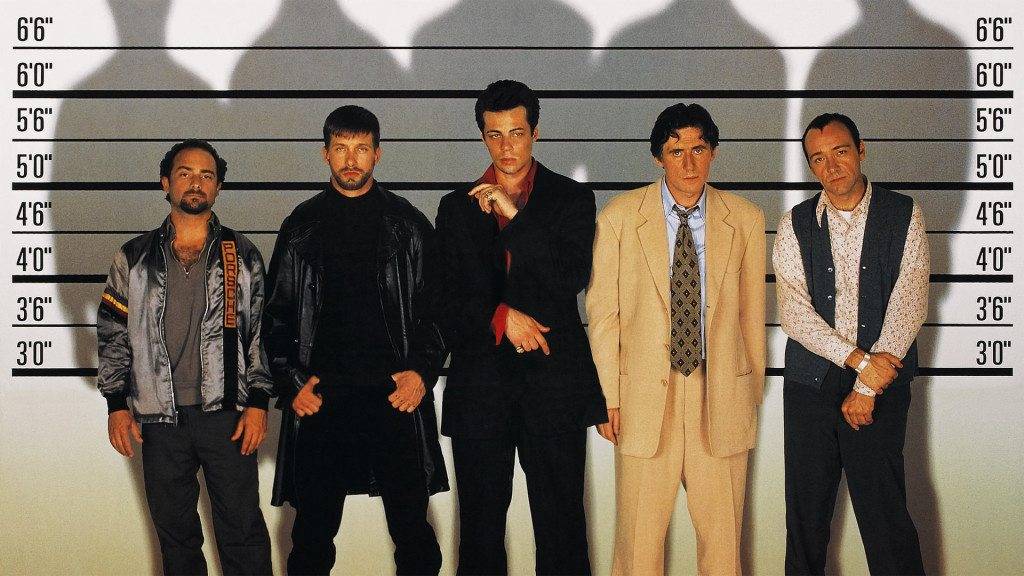 “The Devil’s greatest trick was convincing the world that he didn’t exist.” When a limping Verbal Kint relates the narrative of the devil reincarnating Keyser Soze, this epic sentence comes to life. The guy responsible for a slaughter on a ship is a much-despised man with a monstrous on par with none, who even killed his own wife and children to guarantee no flaws remained in his life. When the truth is finally revealed, everyone is stunned. “And then… poof… he’s gone,” says the narrator. 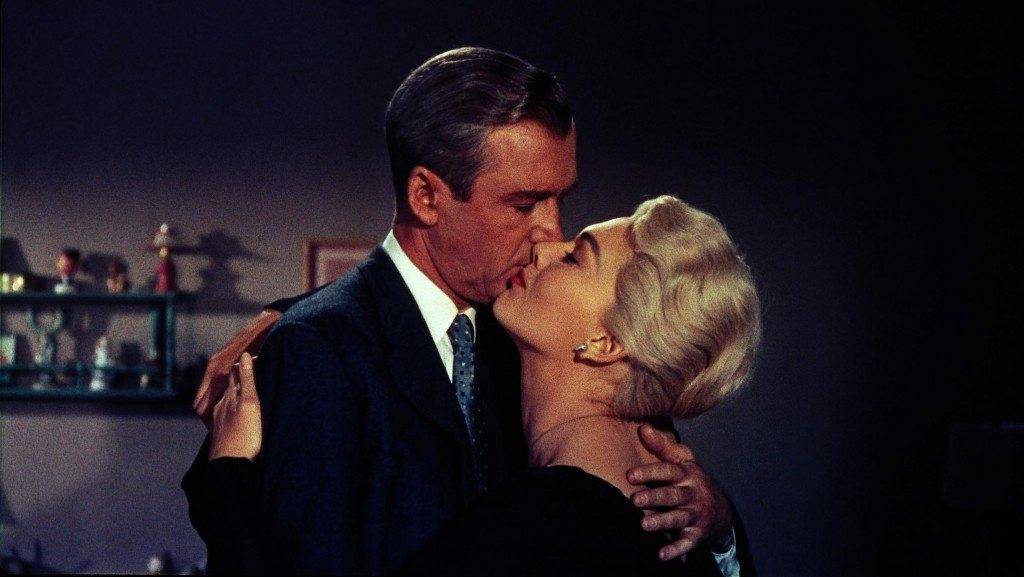 With his fiancée jumping to her death, a man with a phobia of heights becomes insane. He soon discovers that she is still alive, but she pretends to be someone else. Is she telling the truth? Is he smitten with someone who looks exactly like his dead fiancée? Vertigo is a true blue thriller, a typical Hitchcock masterpiece with a tremendous twist at the end. A novel type of in-camera zooming was employed in this film to depict the disorientation experienced by the protagonist due to his fear of heights. This, like the film’s cult status, has grown in popularity over time, and was recently praised by the BFI as the best film ever made. 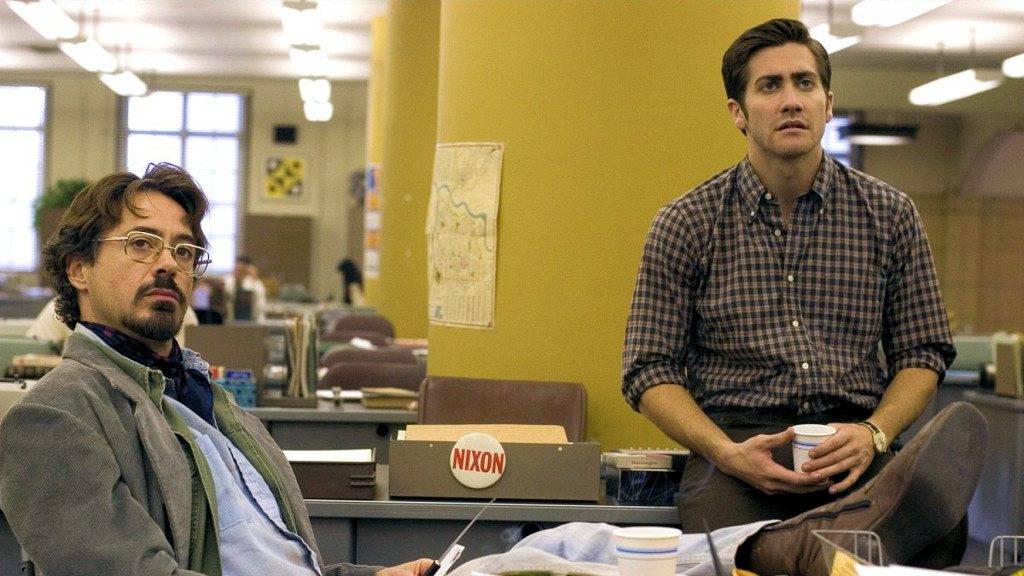 There was a nearly mythic mass murderer in the late 1960s and early 1970s who kept track of his killings and sent encrypted letters to the police with a taunt to keep up with him. The cops, as well as two journalists, rushed to the scene. Many suspects were named, and one in particular was almost pinpointed. He could not be charged due to a lack of evidence. As a result of the phenomenon, there have been multiple press reports of people admitting to being the Zodiac Killer. ‘Zodiac,’ directed by David Fincher, is a brilliant piece of investigative journalism narrative.