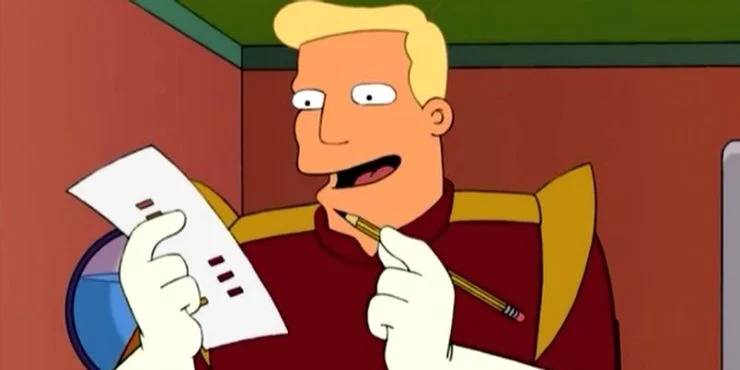 Zapp Brannigan, the series’ most hilarious commander, may be the most bizarre of all the Futurama characters. Because Zapp is such a bad person, it’s so much fun to laugh at him. He’s arrogant to the core and puffs himself up via lies and falsehoods. He is inept in his crucial job, and he treats others as trash.

Zapp is possibly the least intelligent character in the Futurama universe, something he fails to recognize on a regular basis. As a result, he says a lot of amusingly foolish things. Fans can all feel a little better about their own intelligence thanks to characters like Zapp Brannigan.

With the announcement that the Futurama series will be resurrected for a relaunch, fans are asking how it will compare to the original run and which character will take center stage. While it would be wonderful to see fan favorites like Fry, Leela, and Bender return, other fans prefer a new period that focuses on characters who were previously marginalized.

As proven by these quotes, Zapp Brannigan’s braggadocious temperament and over-the-top demeanor would make him a perfect subject for the next chapter of Futurama.

All In The Family 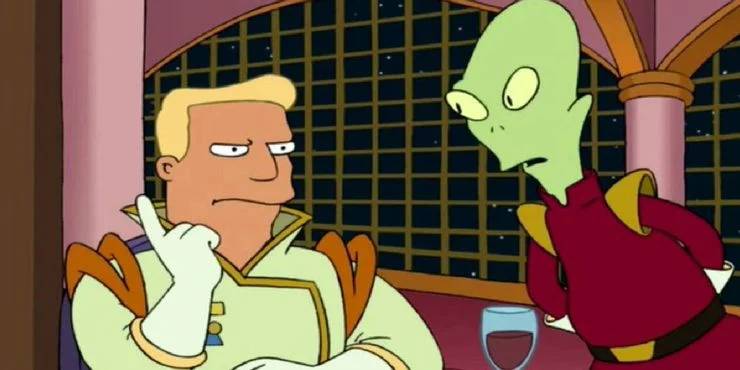 “The Way To A Woman’s Bed Is Through Her Parents. Have Sex With Them, And You’re In.”
Part of what makes Zapp’s remarks so great is that he’s frequently on the verge of saying something intelligent—or at least not utterly stupid—before he fumbles it all up at the end. This is especially true when it comes to the unwelcome advise he provides his right-hand guy, Kif.

While Kif is attempting to create a relationship with Amy, Zapp decides to reveal his own courting secrets. Worst of all, this is something Zapp has undoubtedly attempted. 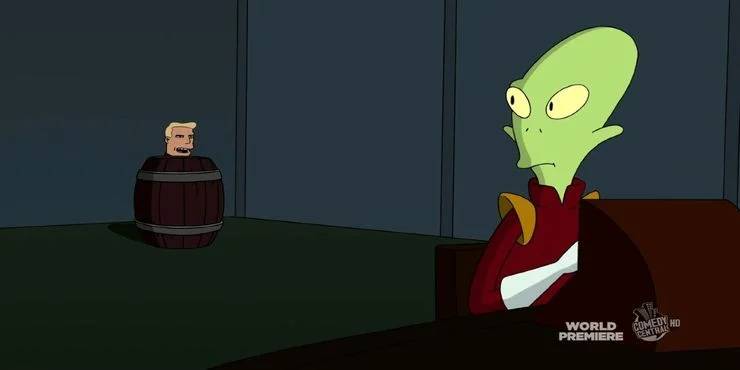 “My Instinct Is To Hide In The Barrel, Like The Wily Fish.”
With all of the combat action he’s witnessed and the limited intelligence he possesses, it’s a marvel Zapp has survived this long. Fans can witness his unusual military mentality at work once more.

Testing the limits of Zapp Brannigan’s ineptitude is part of the fun. It’s almost as though his mind immediately jumps to the objectively worst thing he can imagine. Only he could interpret a metaphor for stupidity as a praise or piece of advise. 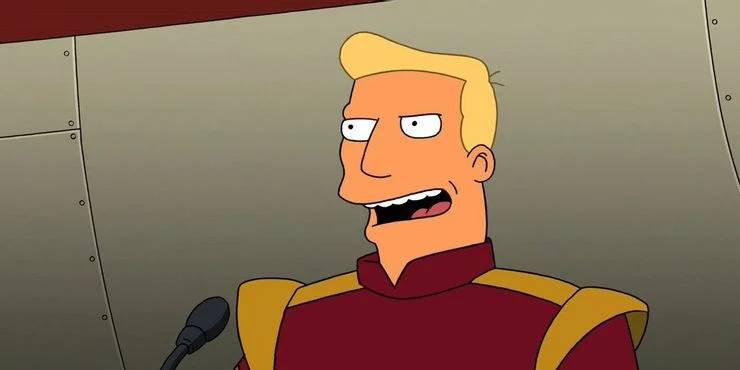 “We Know Nothing About Them, Their Language, Their History, Or What They Look Like. But We Can Assume This. They Stand For Everything We Don’t Stand For. Also, They Told Me You Guys Look Like Dorks.”
Before going into war, every great commander must motivate his or her people. They must understand why they are fighting. Zapp, on the other hand, is rarely aware of what they’re fighting for, so he has to make it up. Zapp must make some bold assumptions about their enemy without knowing anything about them, and hope that his warriors are extremely conscious of their appearances.

Of course, everyone beneath Zapp is a jerk. In fact, he may believe he is the universe’s lone non-dork. Any sentient form of life discovered by Zapp is almost certainly made from solely of dorks. 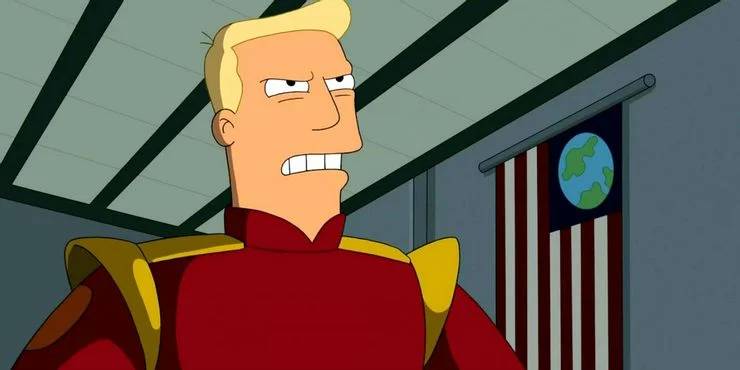 “Stop Exploding, You Cowards!”
Zapp’s military orders are frequently basic to the point of being foolish, and he outdoes himself in this instance. With his fleet dropping like flies as a result of his bad planning, he issues this simple order for them to stop killing one other.

It’s amusing how, in the face of loss, Zapp, like other bad leaders, will point the finger at everyone but himself—even those who are dying. Zapp’s poor planning abilities have very likely killed a lot of people, but he never seems to be held accountable for his acts.

“I Surrender And Volunteer For Treason.”
Zapp Brannigan, despite his claims to be the galaxy’s greatest and bravest military commander, is neither. He is, in fact, a coward who, more often than not, puts the mission in jeopardy due to his ineptness. It’s a pity for people under his leadership, but it’s always entertaining to watch.

When he is confronted with even the tiniest hint of defeat, Zapp wastes no time in attempting to save his own skin. In some ways, the rapidity with which he transitions from leader to complete sell-out is almost astounding. 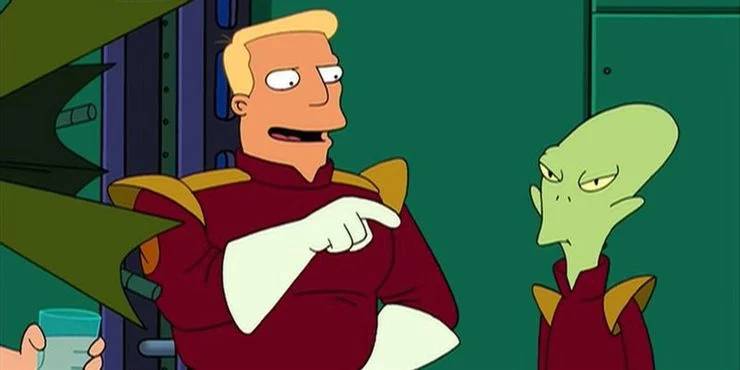 “I Am A Man With No Name. Zapp Brannigan, At Your Service.”
Zapp Brannigan sometimes appears to be regurgitating “cool guy” statements he’s heard before without considering the logic—if there is any—behind what he’s saying. He enjoys portraying himself in a positive light, even if he contradicts himself the next minute.

He’s even unable of making a proper introduction. He aspires to be the mysterious spaceman, but he is too enamored with himself to keep his identity a secret. It’s impossible to be both a raucous hero and a secretive stud, and Zapp isn’t either.

“Cham-Paggin?”
Zapp Brannigan is the most suave and alluring guy in the galaxy—at least in his own mind—and Leela is the unlucky recipient of the most of his approaches. Leela did, however, fall in love with Zapp in a rare moment of weakness. It could have been his floating bed, or the velour bedsheets, that persuaded her. However, the way he pronounces “champagne” is the most likely reason.

Who hasn’t attempted and failed badly to pronounce a French word unfamiliar to non-native speakers? The only problem is that Zapp continues to believe he is correct even after hearing the correct pronunciation. That, of course, is quite consistent with his personality. 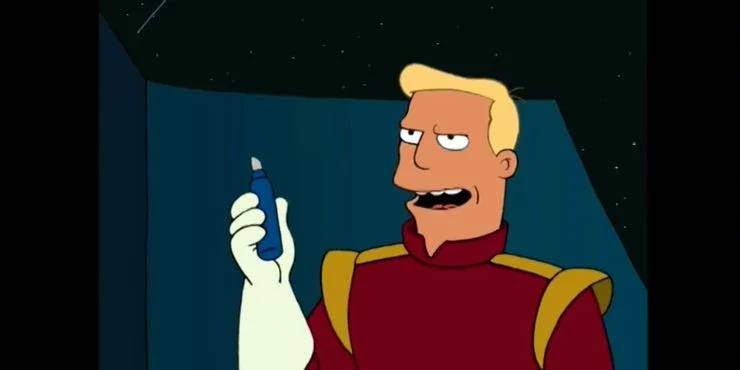 “That’s For School Girls. Now, Here’s A Route With Some Chest Hair.”
Zapp Brannigan’s suggestion that his spacecraft deviate from the travel agency-assigned course and take a perilous, considerably lengthened path through a swarm of comets—or, as he refers to them, “the icebergs of the sky”—is easily one of the most memorable things he’s ever uttered.

Brannigan’s arrogant swagger is on full display in this scene. It’s amazing that anyone would want to go on a ship that he’s piloting, given his eagerness to put anyone’s life in danger just so he can call all the shots. 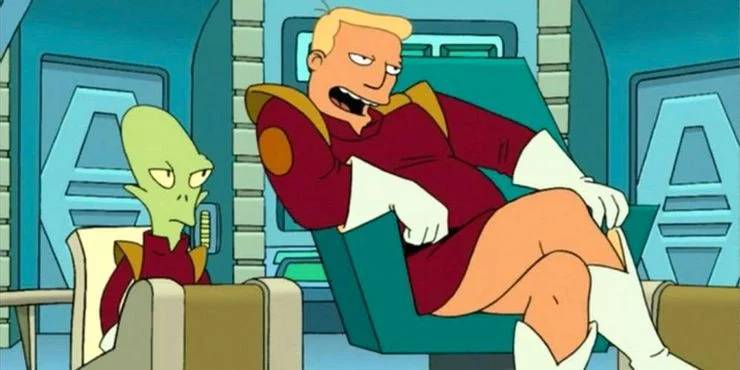 “If We Hit That Bullseye, The Rest Of The Dominoes Will Fall Like A House Of Cards. Checkmate.”
Few things are more amusing than someone who is incredibly confident while also being extremely incorrect. Even in his most haughty times, Zapp never misses an opportunity to establish that he is the most inept person in the room. This character must have been a lot of fun to write for the Futurama writers.

In this case, Zapp had most certainly overheard many around him using metaphor, and he attempted it in a poorly mismanaged display of intelligence. What happens when you combine dominoes, cards, and chess? Like Zapp himself, he’s a jumbled mess. 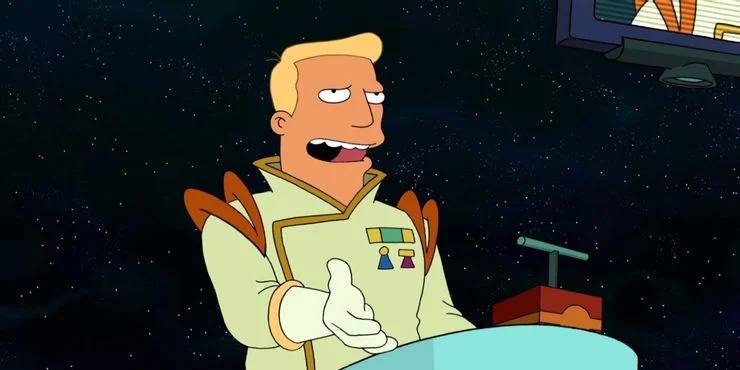 “She’s Built Like A Steakhouse, But She Handles Like A Bistro!”
Some of the circumstances Zapp finds himself in are difficult to understand, and they are almost always perilous, and even more frequently his own fault.
Zapp tries to wow the crowd by captaining the ship after a disastrous double-date at a restaurant/spaceship. Because of its absurdity, his depiction of the ship is a laugh-out-loud moment. It makes no sense, which is part of what makes it so hilarious. Of course, this isn’t the first time he’s flown to a restaurant, and it’s certainly not the first time he’s made a ridiculous comparison.

“Up Here In The Clouds, Our Technology Makes Us Invincible, Like The Mighty ‘X’ In Tic-Tac-Toe.
Zapp Brannigan is a lot of things, but master tactician isn’t one of them. Zapp’s critical thinking talents in times of crisis are nothing short of horrible, frequently drastically underestimating his foes and dramatically overemphasizing whatever positives he believes he provides to his team.

He believes he is resistant to any damage, just as he believes the X is invulnerable in the game of tic-tac-toe. Despite the fact that this line of reasoning has been repeatedly proven wrong, he clings to it. He also appears to be the type to put an X over someone’s O and then declare victory. 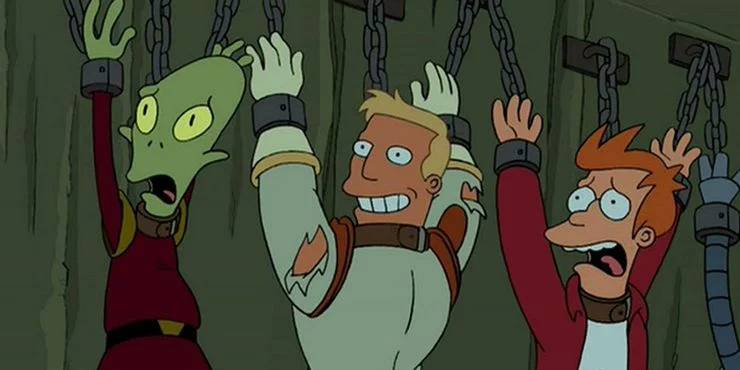 “The Spirit Is Willing, But The Flesh Is Spongy And Bruised.”

Zapp and Phillip Fry are sentenced to death by the inhabitants after becoming stuck on a mysterious planet inhabited by Amazonian women. The execution method, on the other hand, is known as “snu-snu,” which essentially means they’ll be sexed to death.

This is the best option for a man like Brannigan. The women, on the other hand, prove to be too much for him. This is followed by a vivid plea for pity. It’s also taken from a Bible verse, but Zapp is presumably unaware of this.