There aren’t many comedy programmes that can seamlessly switch between raucous and sombre moments. The pain of familial trauma and the sexual insecurity of youth, after all, sound like they could be a minefield that could easily bring down even the most confident series. Big Mouth has not only stayed consistently funny throughout several seasons (as well as a frequently superior spinoff series) but it has also continued to push the boundaries of how ridiculous it can be. The cringe and the comedic continue to become more and more entwined in an authentic and anarchic way in this sixth season, despite the fact that there have been some excellent prior seasons that it can’t always top.

The authenticity lies in how each character experiences uncomfortable self-examination, which may be more than a little off-putting to some. Because of how unpleasant it can become, there are still certain moments from previous seasons that are etched into my memory. No, I’m not just talking about the influx of sexual jokes; I’m talking more about how they end up being used in a humiliating way. Big Mouth, however, perseveres in being truthful despite wading through all the bodily fluids, and if you’ve read this far, you already know that the programme wears its vulgarity proudly.

This show does a better job than most at portraying the discomfort of adolescence. Everything is on the table and nothing is safe from these sexually frustrated young people in this season, just like in the ones before it. Even though the animation occasionally looks as crude as the characters, the plot keeps peeling back all the various facets of growing up. As they navigate the difficult process of finding themselves without repeatedly falling on their faces, it can leave the characters naked, sometimes literally. 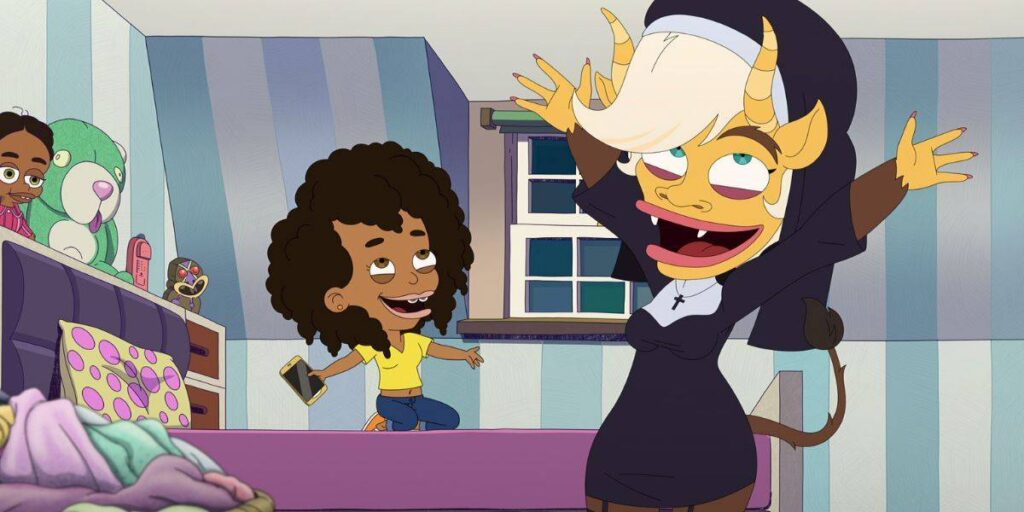 The dangers of the many relationships that always end up failing in some way are explored in Season 6. The long-distance relationship between Andrew (John Mulaney) and Bernie (Kristen Schaal) is full of awkward moments, like when they clumsily attempt to have virtual sex only to end up including their parents in the call. Missy (Ayo Edebiri) tries to pursue a relationship with new student Elijiah (Brian Tyree Henry), but they soon realise their experiences are very different from one another. It also draws attention to the various dysfunctional families, which end up explaining a lot of the messy behaviour of these kids. Many of these points are made through a variety of silly musical numbers that never stop. There are a lot of funny self-aware jokes, like when characters acknowledge that even though they should have watched the spinoff to understand some of the setups to the new jokes, many people watching this show right now won’t have. Even if you haven’t, it’s still worth checking out because you’ll still have a lot of fun.

Alongside the more intelligent discussion of what it means to grow up with all that entails, there are jokes about nipple twisting that go to absurd extremes. Big Mouth stands out because of the unique way it finds humour in all the unsaid and unifying aspects of growing up. The show continues to draw on this with the experience of time having passed because there is no way to adequately prepare anyone for just how bizarre of an experience that can be. The humour comes from how unprepared we are as children to handle it, even though it acknowledges how the authors have foresight into how this will make sense in the future. Characters repeatedly screw up, frequently ruining their lives in incredibly embarrassing ways, and only figure out how to stop the numerous youth-related disasters after they have already occurred.

Big Mouth remains as painfully realistic as it has in previous seasons, but the addition of new characters allows it to explore enlivening fresh new plotlines that keep things fresh. The addition of Henry’s Elijah stands out as the component that keeps getting more and more interesting. Without ever relying on worn-out stereotypes, he makes fun of his religious background and that of others. Instead, it discovers a deeper truth that is both clever and strangely poetic. Additionally, it gives the programme a justification for Tyler, the Creator to appear and voice Jesus, which is excellent casting that is sure to improve any program. While some other celebrity castings don’t quite work out, such as one pop star who just doesn’t have the same energy as the other performers and another who seems to have been selected primarily because of his meme status, the majority of the new voice actors turn out to be wonderful additions. 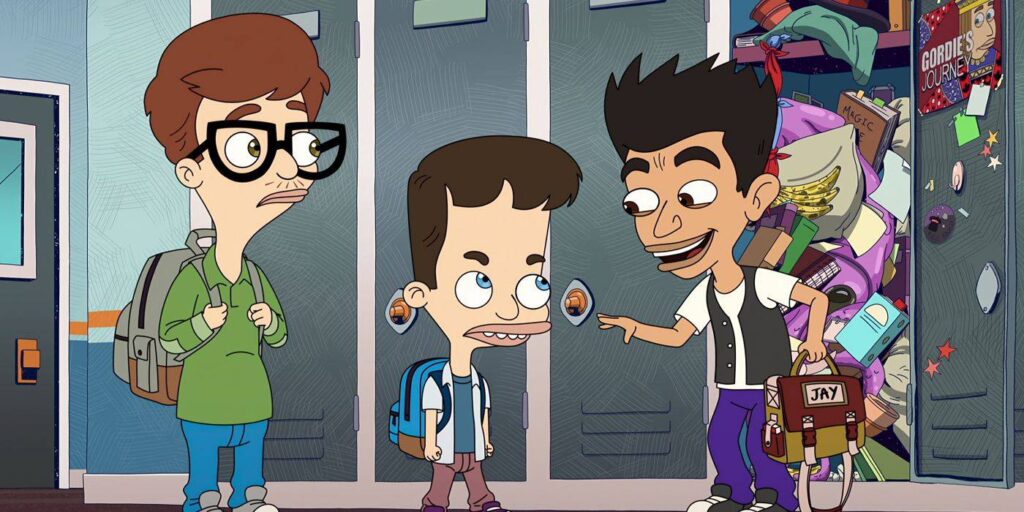 There are times when the humor’s foundational pop culture allusions, like an unexpected Bridgerton riff, can feel like a diversion from the funny parts that really stand out. Of course, every comedy has to make fun of something, but the best comedies have their own premises that can stand alone. This ultimately leads to the more general conclusion that, even though the show hasn’t run out of interesting material, it will eventually need to have the kids mature at least a little bit in order to avoid getting boring. However, the comedic ground that can be found in watching these characters enter the world of high school and beyond would bring with it some new situations that the show could explore. It hasn’t reached that point yet, and there are still so many jokes packed in that it is honestly impressive. The sixth season’s concluding episode demonstrates the potential of this maturing, albeit in a way that resorts to a traditional narrative device that takes over the school and the story itself admits is “cuckoo.” Even so, it makes for a fitting conclusion that, given that the series has already been renewed for a second season, could serve as a guide for what lies ahead. The way it establishes how the adults in this story aren’t that much different from the kids in the end is pointedly funny without giving away how bizarre it gets. The insecurities and uncertainty that Big Mouth so brilliantly and hilariously portrays remain universal, regardless of your age.

Starting on October 28, you can watch every episode of Big Mouth Season 6.