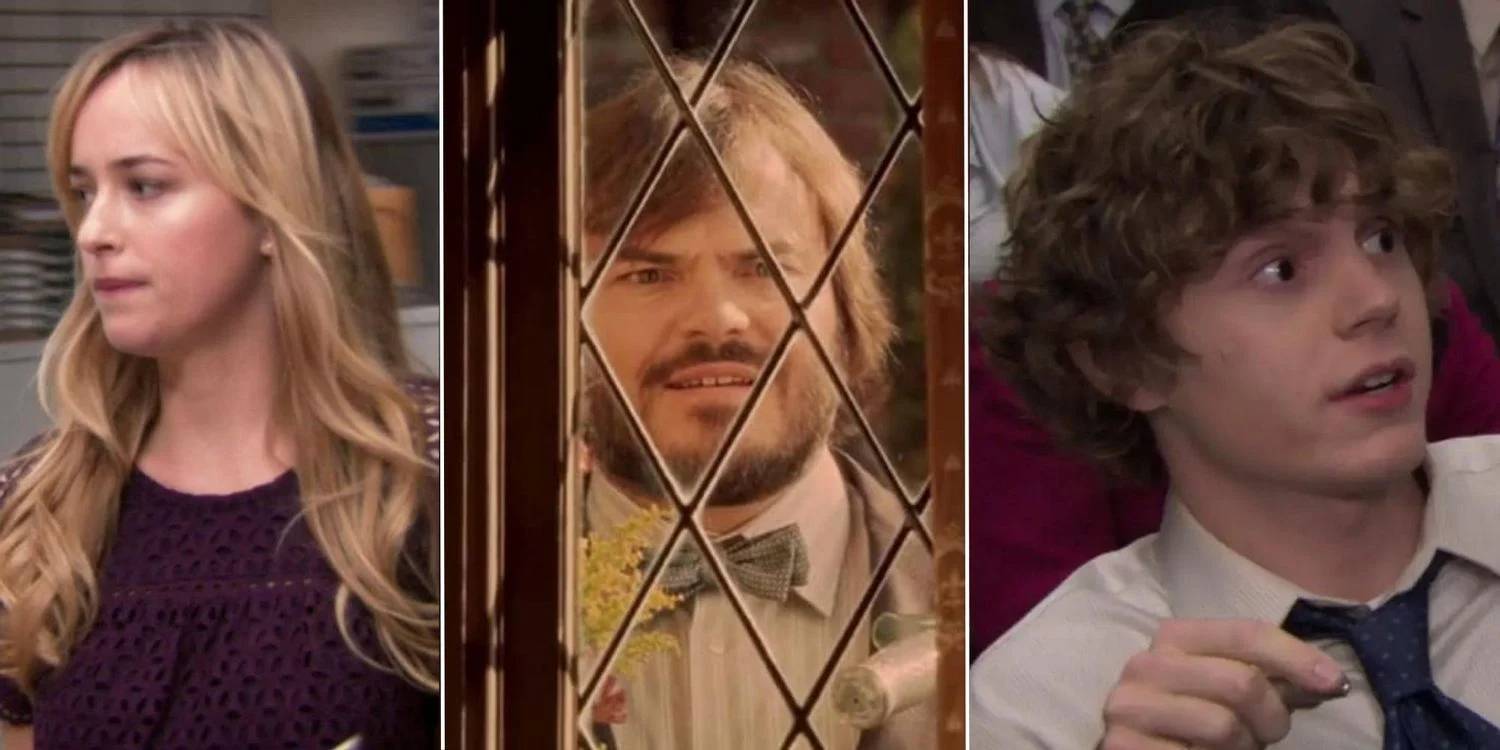 10 Surprising Cameos In ‘The Office’ We Never Expected

It’s been almost ten years since fans of The Office said their goodbyes. Without this excellent show, audiences’ lives would be deprived of “that’s what she said” jokes and the Dunder Mifflin’s Scranton gang’s prank ideas. With its dry, caustic humor interwoven with heart-warming moments, the sitcom has won a particular place in viewers’ hearts as one of the pioneers of mockumentary television.
The Office is one of those fantastic shows that you’ll want to watch several times. Not only because of how funny and soothing it is, but also because of the occasional celebrity appearances throughout the series.

When Conan O’Brien Is In New York 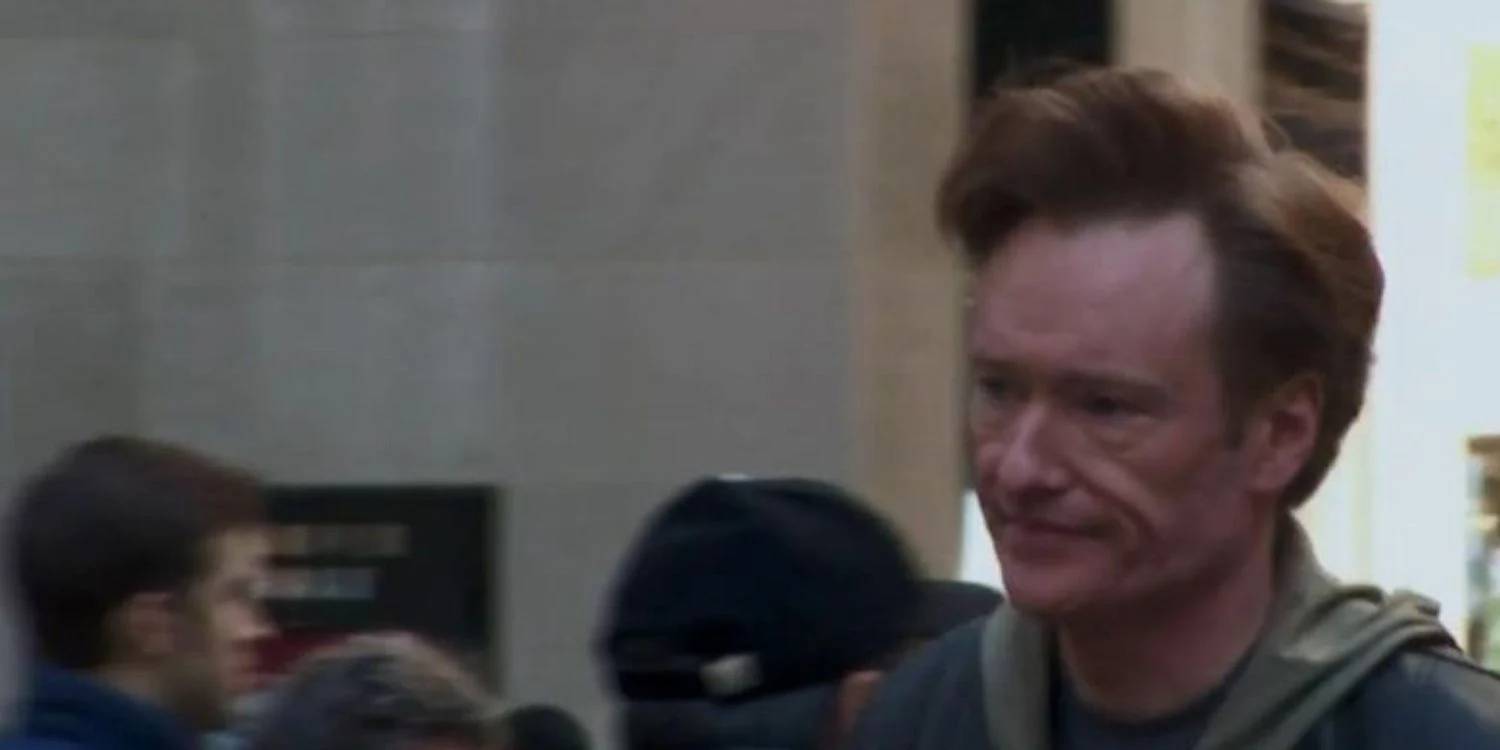 When Michael Scott (Steve Carell) visits the Rockefeller Center in New York, Conan O’Brien makes a cameo appearance. The American talk show host stuns viewers in Season 2, Episode 16 (“Valentine’s Day”) when he walks by the crew’s camera with no apparent interest in his surroundings.

Michael misses out on meeting O’Brien when he mixes a random woman with American comic Tina Fey. The disgust on Michael’s face when the camera team tells him about O’Brien says it all as he complains about the “fake Tina Fey.” Later, when O’Brien hosts the 2006 Emmy Awards, he visits the Scranton branch and develops a not-so-subtle crush on Pam Beesley (Jenna Fischer).

When Dakota Johnson is Kevin’s Replacement 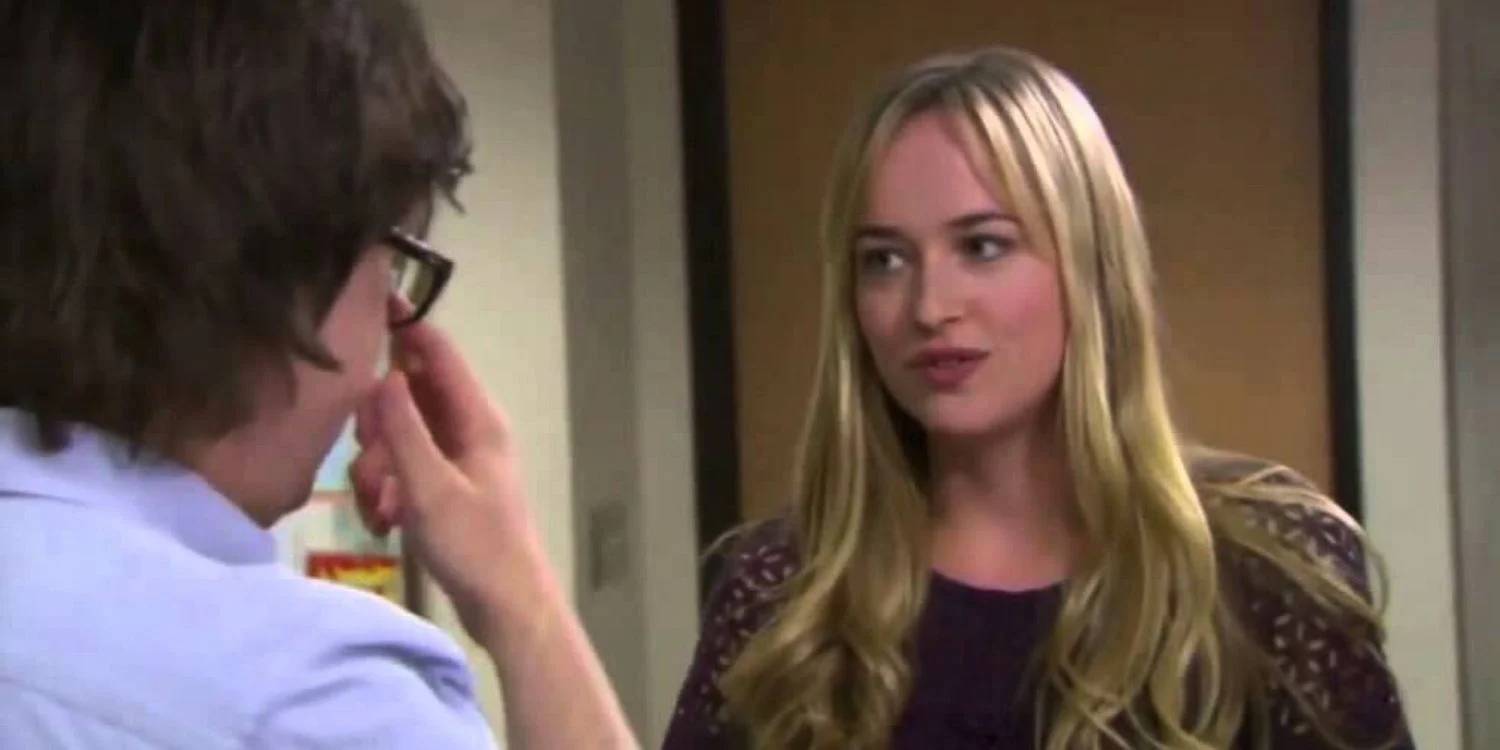 Dakota Johnson plays another office novice role before meeting Christian Grey in Fifty Shades of Grey, one with the same first name as hers in the series finale. Dakota gets hired as Kevin’s replacement after Dwight fires him for his “kelevens,” completing the new, fresh-faced generation of the paper company.

Although nothing is known about her personality or activities outside of the job, her youthful vigor contrasts beautifully with Kevin’s sluggish demeanor. The season finale, however, teases a new office romance similar to Jim and Pam, since Dakota’s chemistry with coworker Clark (Clark Duke) is palpable.

When Evan Peters Is Michael’s Nephew 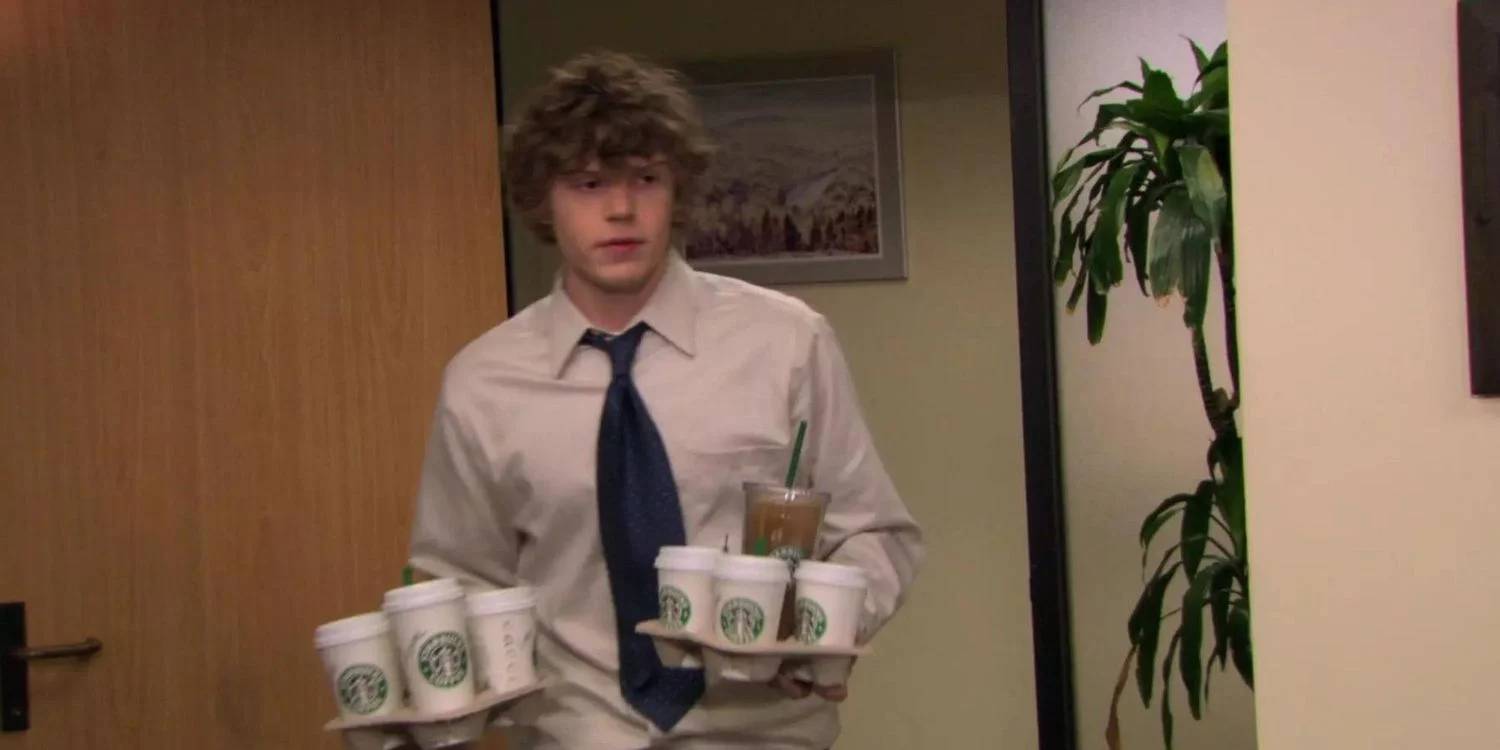 Evan Peters plays Luke Cooper, Michael’s insolent, bratty nephew/assistant in the paper firm, before wowing audiences with his performance as Quicksilver in the X-Men franchise. Cooper irritates the Scranton staff with his immature pranks in Season 7, Episode 1 (“Nepotism”), such as causing Phyllis (Phyllis Smith) to lose a client and distracting everyone by shining a laser at questionable actions, to mention a few.

Cooper’s defiance eventually leads to Michael’s tantrum, in which he spanks Cooper in front of the entire office. Cooper storms out of Dunder-Mifflin while making obscene hand gestures at the end of the episode. Creed (Creed Bratton) claims that the brat trash-talks everyone in the office on Twitter.

When Jack Black, Cloris Leachman, and Jessica Alba Are In A Fictional Movie 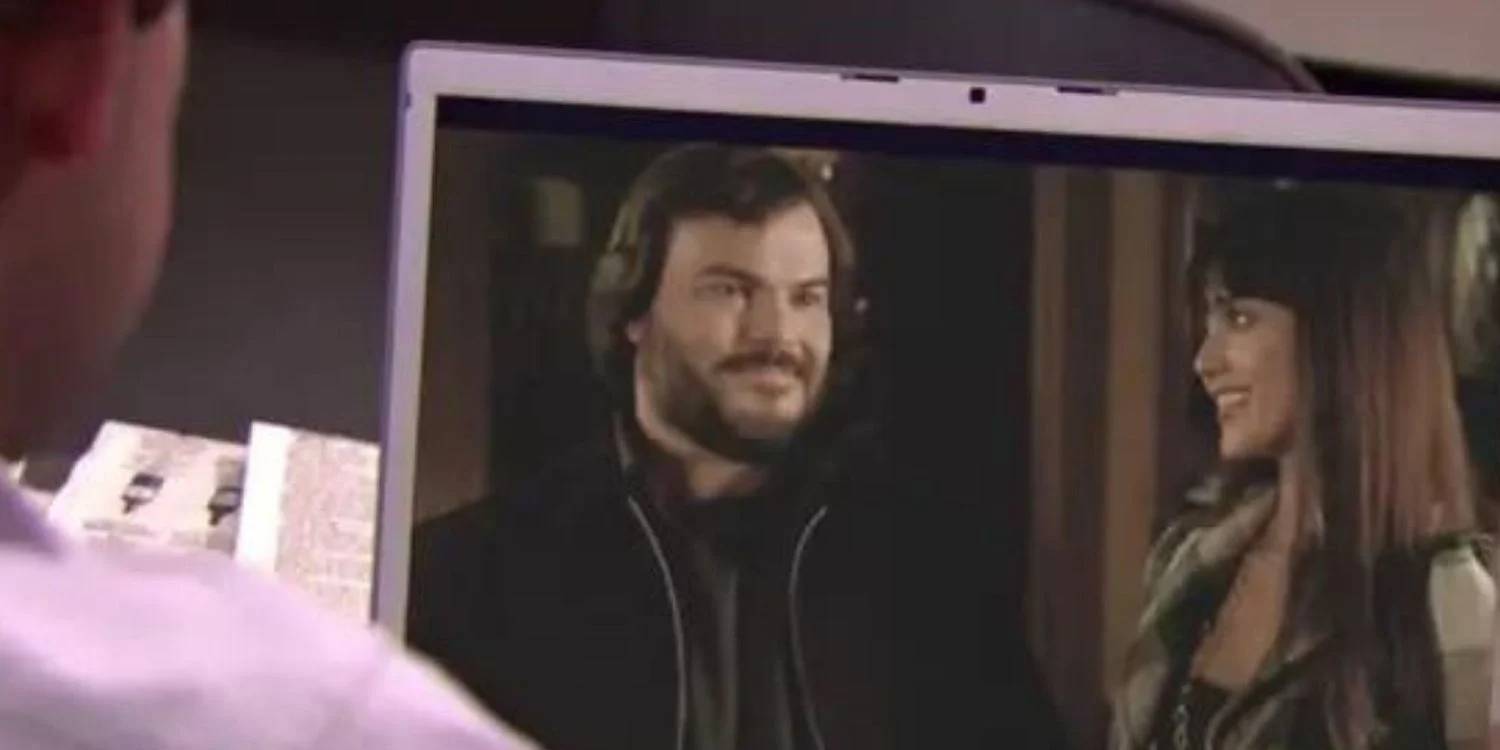 In one of the most arbitrary guest appearances in television history, Jack Black and Jessica Alba play a couple in Mrs. Albert Hannaday, a fake film bootlegged by Andy (Ed Helms). The film depicts a weird love triangle in which Black’s character falls in love with Alba’s mother (played by Cloris Leachman to boot) in a plot full of deceit and betrayals. Instead than offering comedic relief and insight into Pam’s parents’ broken marriage in Season 5, Episodes 14 and 15, this fake film serves no major plot-moving function.

When Jim Carrey Wanted To Be The Regional Manager 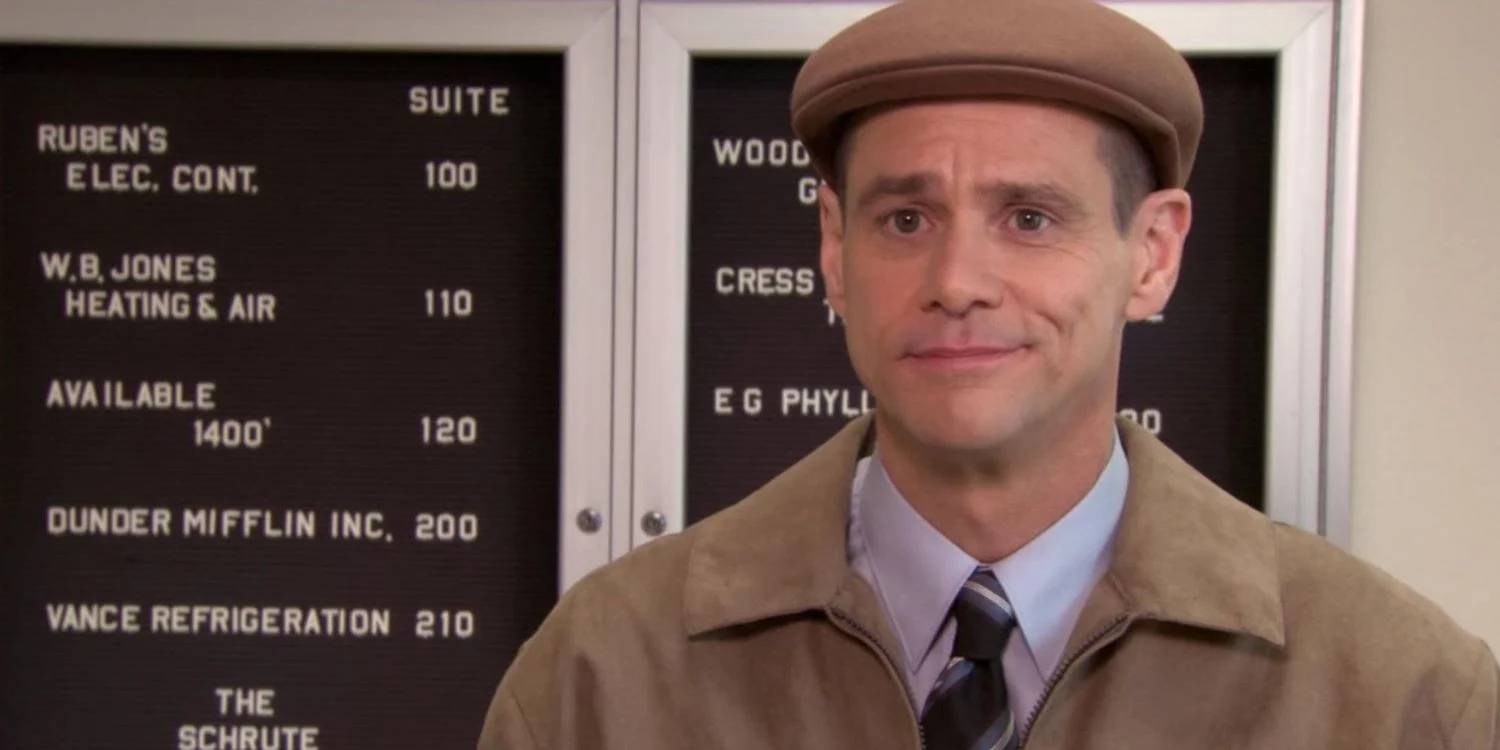 Jim Carrey, one of the most notable guest stars on the long-running sitcom, is one of the most unforgettable. During Dunder Mifflin-search Sabre’s for a new Regional Manager in Scranton, a few notable individuals have shown their humorous muscles. When Carrey appears suddenly in Season 7, Episode 27 (“Search Committee — Part 3”), he manages to steal the show.

In this cameo, the acclaimed actor, who is best known for his roles in The Mask and The Truman Show, avoids his customary Jekyll-Hyde, physical comedy manner. Carrey, better known as the “Finger Lakes Guy,” successfully imprints in viewers’ brains with his unusual talking style, raising the issue of whether he is the “Scranton Strangler.” 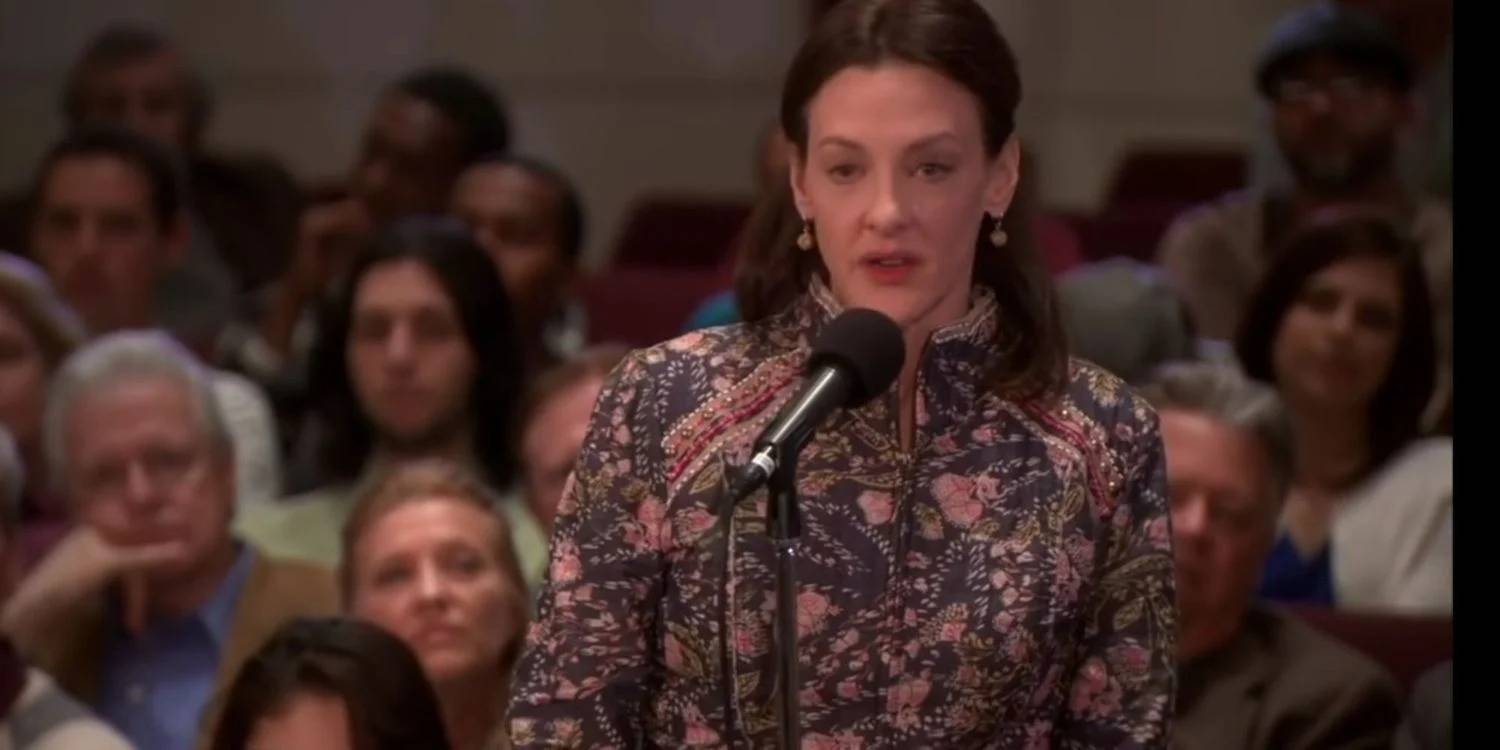 The answer is finally revealed when her mother, played by Oscar-nominated actress Joan Cusack, appears in the series finale. Her mother asks if Erin would dislike her missing mother at the Q&A session for their documentary, to which Erin responds in a roundabout fashion. Erin soon gets the hint and hugs her mother after she calls out “Erin” several times. One of The Office’s most poignant scenes is the mother-daughter reunion. 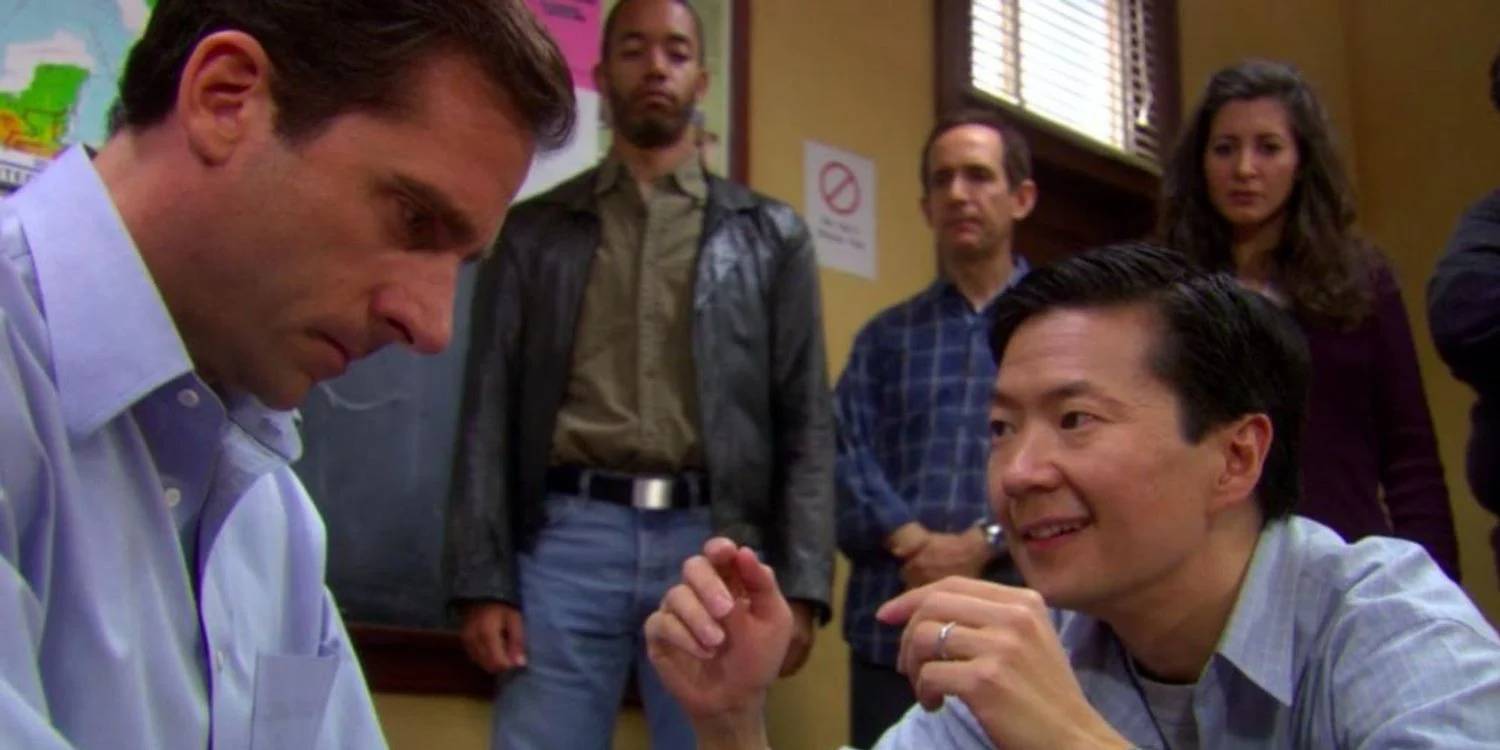 Michael is shown attending an improvisational class in Season 2, Episode 9 before the release of “Threat Level Midnight” much later in the series (“Email Surveillance”). Michael, who is known for being a drama queen and a crowd-pleaser, shockingly struggles throughout the class as he is fixated on his solitary identity — a gun-wielding action hero.

With insensible improvisational scenarios, the Scranton branch manager terrorizes his classmates, including The Hangover actor Ken Jeong. Michael gives up on sustaining the team spirit and continues his erratic conduct as Jeong exhibits substantially greater ad-lib skills. You can’t blame Jeong for informing Michael that he will not be attending the team’s after-improv dinner party. Thankfully, Michael’s gunfighter persona is still visible in his directorial masterwork.

When Randall Park is Asian Jim 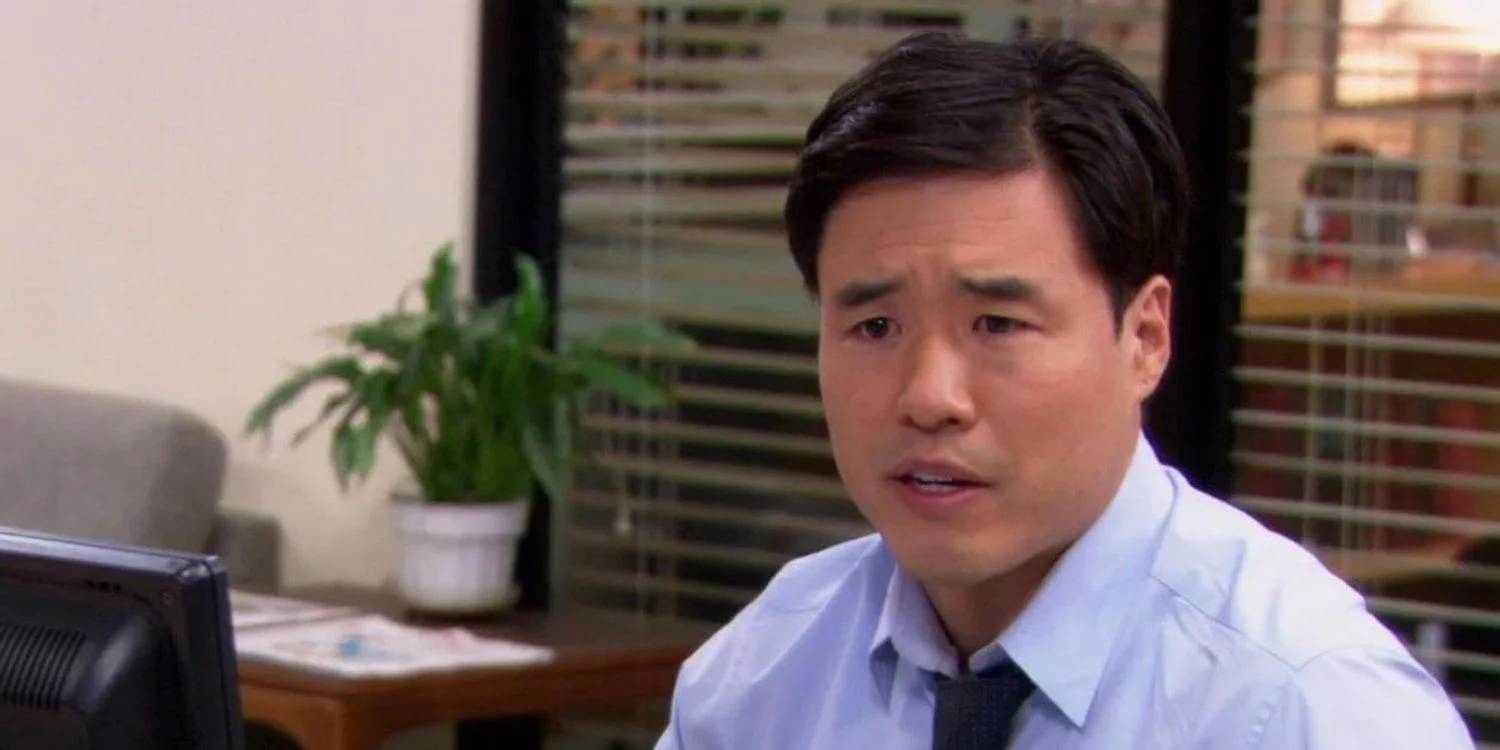 Jim pulls another trick on Dwight when he hires Netflix flick Always Be My Maybe star Randall Park to play his “actor friend,” Steve, in one of The Office’s best cold openers. Steve sits in for Jim during a dentist appointment in Season 9, Episode 3 (“Andy’s Ancestry”), fooling Dwight into thinking Jim has been Asian for the entire eight seasons. 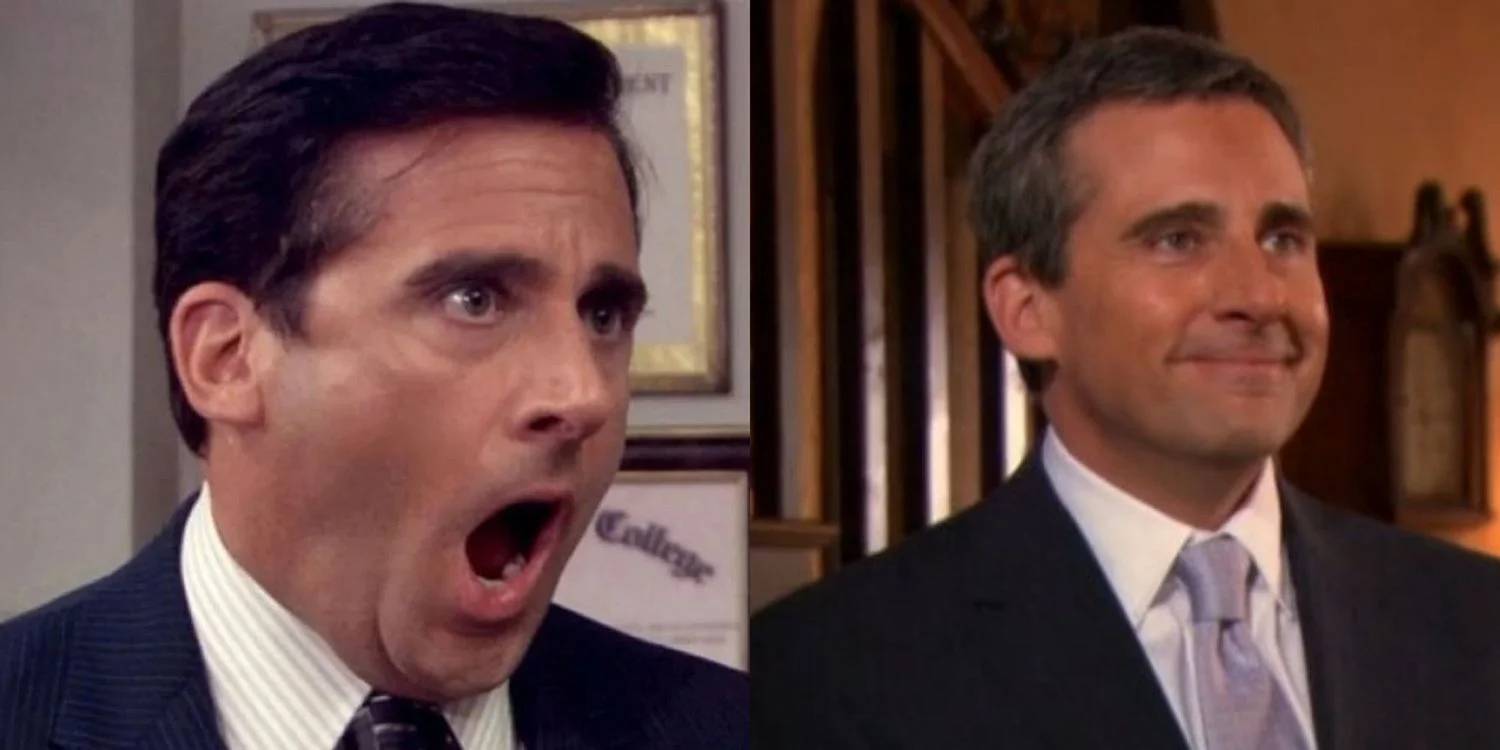 Fans would be crushed if Steve Carell would not return before the program ended, as he is the show’s heart and soul. Carell’s return to The Office as Michael Scott in Dwight and Angela’s (Angela Kinsey) wedding is the ideal way to welcome him back for the family reunion.

Jim plays his finest prank ever just before Dwight’s wedding to Angela when he reveals his decision to stand down as Dwight’s best man, much to Dwight’s dismay. When Dwight learns that Jim has asked Michael to take over as Dwight’s best man, his terror dissipates, and he becomes ecstatic. In this heartbreaking farewell episode, ecstatic fans are given to Michael’s characteristic that’s-what-she-said joke after a two-season absence.

When Warren Buffett Becomes A Cheapskate 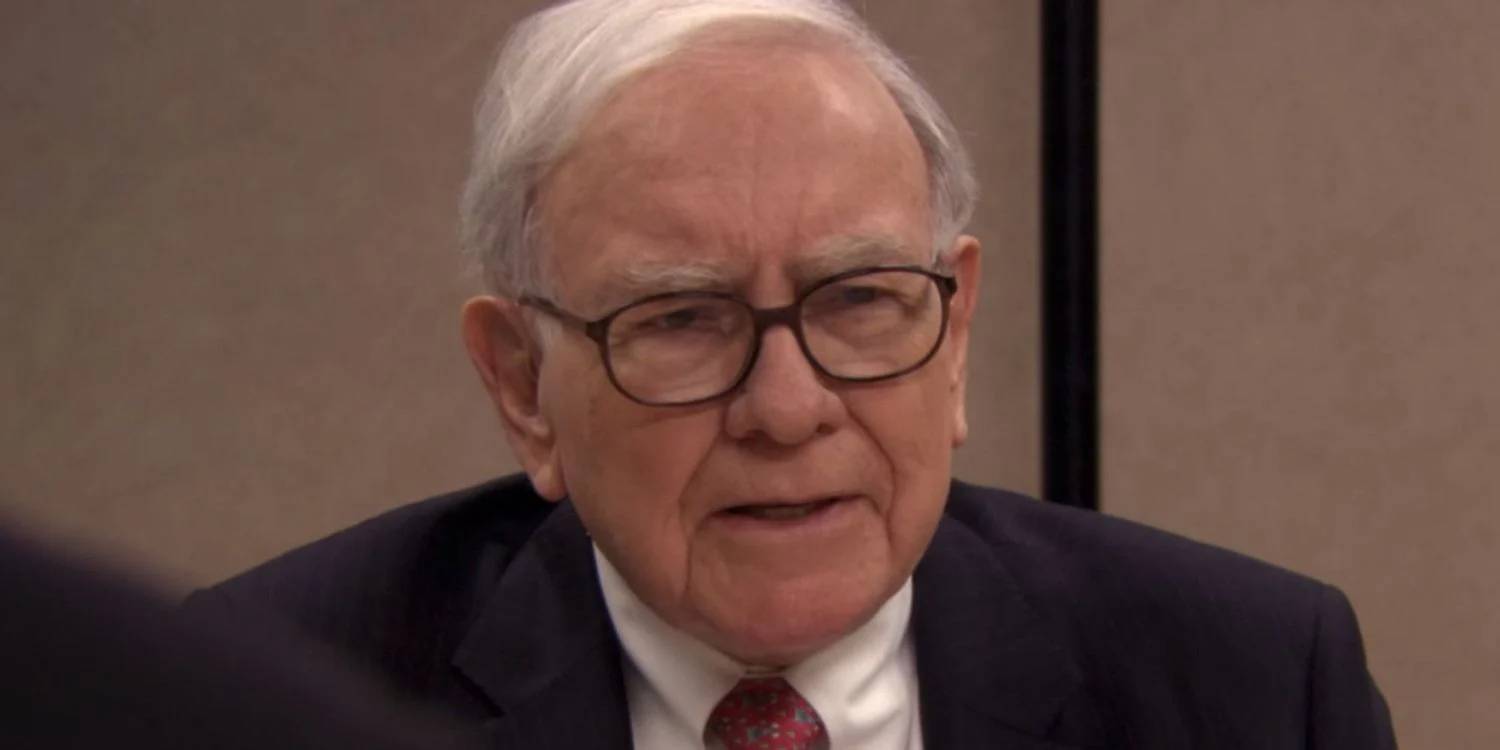 Aside from Carrey, another well-known figure who no one anticipated to appear in The Office is Warren Buffett, the billionaire businessman. With his vast money and clout, the world-famous Buffett could have easily salvaged Dunder Mifflin-Sabre from its precarious situation.

During his interview with Jim (John Krasinski), Dwight (Rainn Wilson), and Gabe in Season 7, Episode 25 (“Search Committee – Part 1),” he adopts a completely different yet funny demeanor of a penny-pincher (Zach Woods). The absurd juxtaposition of Buffett’s opulence off-screen and his cheese-paring character on-screen creates some remarkable imagery.