Many celebrities, including Priyanka Chopra and Nick Jonas, have used surrogacy to produce children. There are a variety of reasons for this, including being a single parent, being in a same-sex relationship, or dealing with infertility. Many celebrities have previously utilized this method of motherhood; in the meantime, Priyanka and Nick contribute to the long-chain, since there is no way to avoid it.

They had their baby girl three weeks sooner, on January 22, 2022, thanks to surrogacy. Priyanka didn’t experience any fertility issues. Priyanka selected surrogacy as an easy choice despite their busy schedules at the age of 39.

Other celebrity couples who chose surrogacy include: 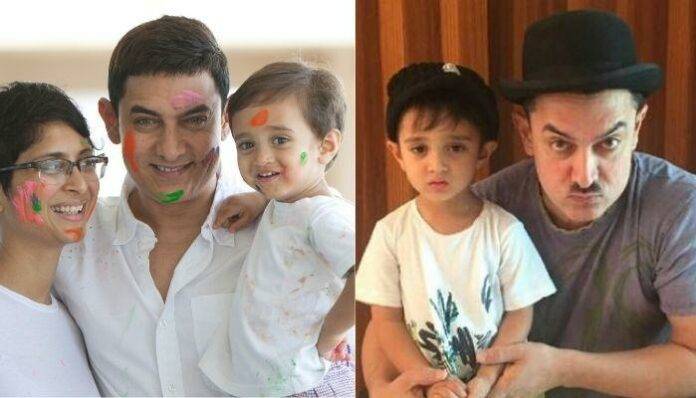 Baby via surrogacy: Azad Rao
Date of Birth: December 5, 2011
Gender: Boy
In 2005, Aamir Khan married his ex-wife Kiran Rao. Azad Rao, their baby boy, was born via surrogacy on December 5, 2011. They chose surrogacy since Rao was having trouble conceiving a child owing to miscarriage and medical problems.
“I am really humbled by the completeness Azad makes me feel,” Aamir stated. Aamir also has a son, Junaid, and a daughter, Ira, from his previous marriage to Reena Dutta. 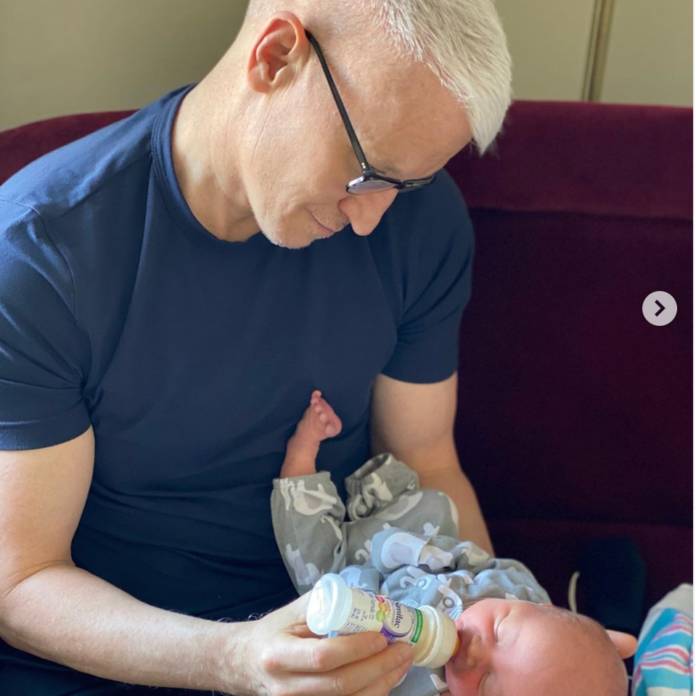 Anderson Cooper’s son, Wyatt, was born through surrogacy. He named him after his father, a journalist. Wyatt weighed 3.3 kilograms at delivery, and Cooper, Wyatt’s ecstatic father, added, “and he is sweet, healthy, and soft, and I am beyond happy.”

Cooper shared his one photo on Instagram with an emotional comment that read, “As a gay kid, I never believed it would be possible to have a child,” and added, “I’m grateful for all those who have paved the road, as well as the doctors, nurses, and everyone involved in my son’s delivery.” “Most of all, I am grateful to a fantastic surrogate who carried Wyatt and lovingly and gently watched over him and gave birth to him,” he concluded. She and all surrogates provide an incredible gift to families who are unable to have children.” He also mentioned that his surrogate has a lovely family of her own, as well as a loving husband and children. 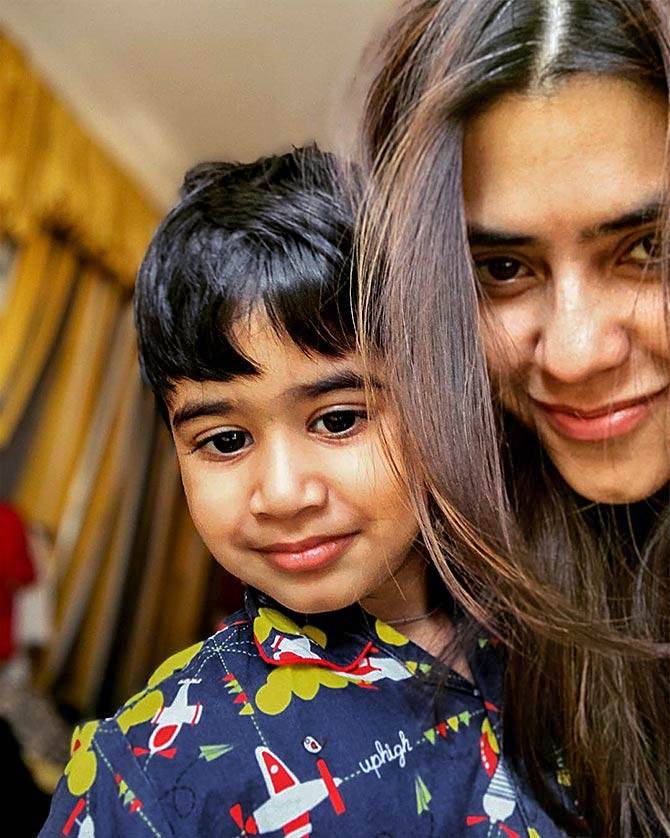 As a single mother, Ekta Kapoor chose surrogacy. She confessed in an interview that she had kept her eggs when she was 36 years old. Ravie, her son, was born via surrogacy in 2019. Ravie is the name she gave her kid after her father, Ravi Kapoor. Unfortunately, Ekta Kapoor has been unable to conceive on many occasions, despite undergoing multiple cycles of IUI and IVF. 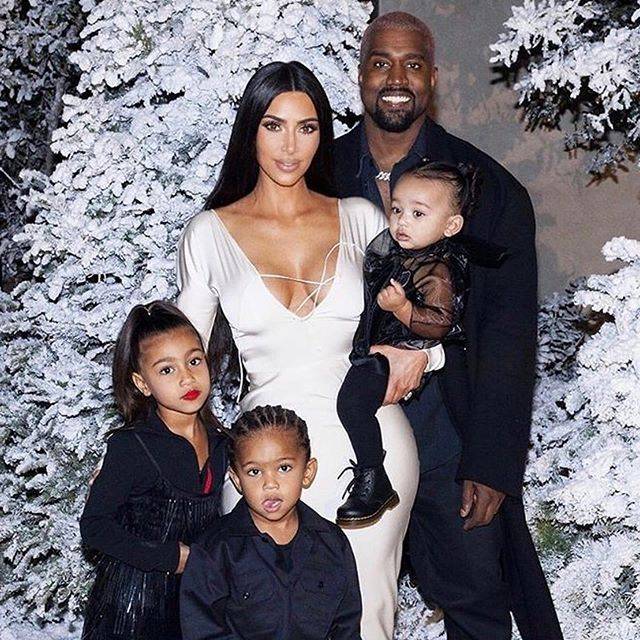 Baby via surrogacy: Chicago and Psalm
Date of Birth: January 2019 and May 2019
Gender: Daughter and son

Kim Kardashian married Kanye West, her ex-husband, in 2014. Kim is suffering with placenta accrete. Kim suffered during her pregnancies with her son, Saint, and daughter, North, as a result of this ailment.

Kim has always come from a large family. Surrogacy became her safest option for having additional children. As a result, the couple chose surrogacy and welcomed their third and fourth children into their family, daughter Chicago and son Psalm. “We are very grateful to our surrogate who made our dreams come true with the best gift one could offer,” Kim wrote on her website, as well as “to our excellent physicians and nurses for their exceptional care.” 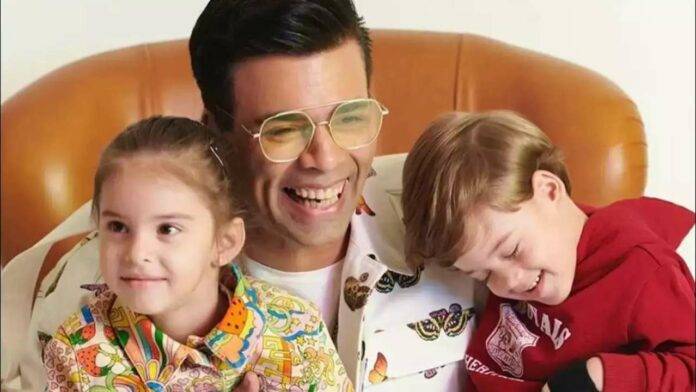 Karan Johar welcomed his twins, Yash and Roohi Johar, via surrogacy as a single dad. He named her daughter and son after his former father, Yash Johar, after changing her mother’s name, Hiroo Johar. 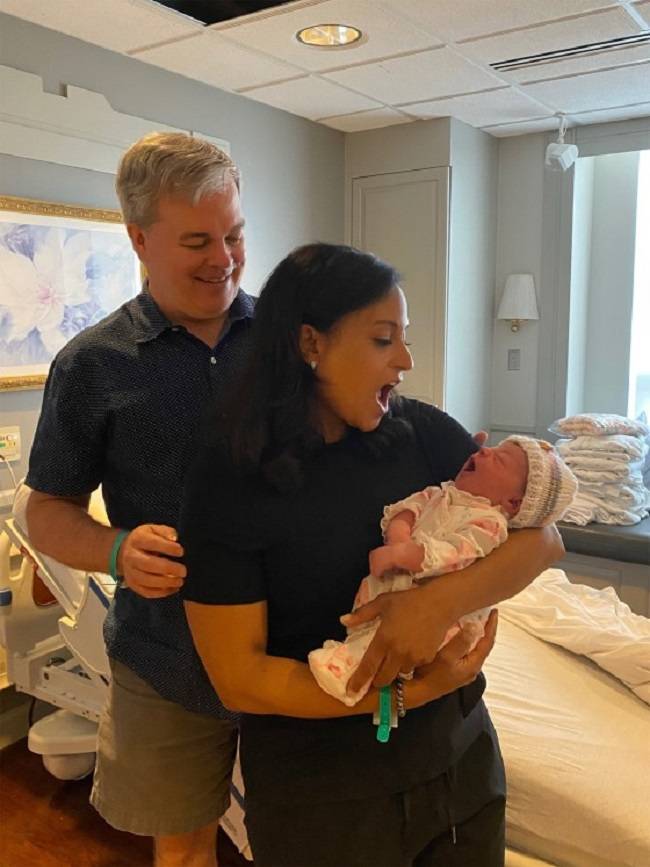 In 2017, Kristen Welker and John Hughes married. Kristen was unable to conceive a child, and after three years of unsuccessful IVF treatment, they chose surrogacy. Margot Lane Welker Hughes, their surrogate daughter, was born on June 12, 2019. “I was the first person to catch her and cradle her,” Kristen explained. “I had a tremendous bond with her, and that maternal instinct came in right away.” 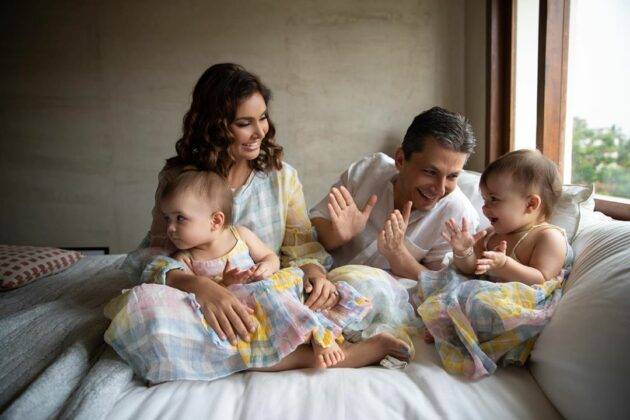 Jason Dehni and Lisa Ray married in 2012. Lisa was diagnosed with a rare type of blood cancer in 2009, before she married. Due to the actor’s cancer medicine, they had a difficult time conceiving. As a result, they chose surrogacy in the actor’s forties. Sufi and Soleil, their twin girls, were born via surrogacy in 2018. 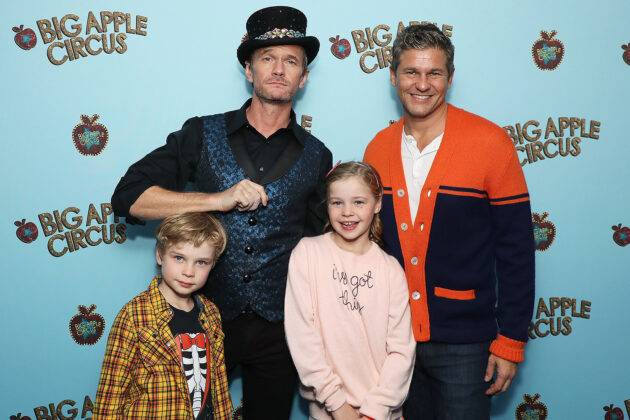 “We found an anonymous egg donor through a humorous process of looking at people’s profiles and then an excellent surrogate who had previously assisted a same-sex couple,” Harris added. Then we injected two eggs, one with my sperm and the other with David’s sperm, and both of them fertilized.” Burtka went on to say, “We don’t know who’s who.”

In 2014, Neil Patrick Harris and David Burtka married. Surrogacy was their sole option for becoming parents as a same-sex couple. They chose surrogacy with the assistance of an egg donor and a surrogate. 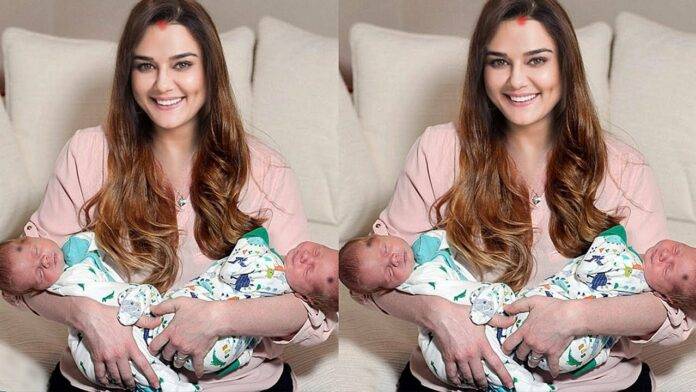 In 2016, Preity Zinta and Gene Goodenough married. They welcomed their twin sons, Gia and Jai, via surrogacy in November 2021. Preity Zinta was diagnosed with multiple myeloma, which made it difficult for her to have a child. It is for this reason why the couple chose surrogacy. 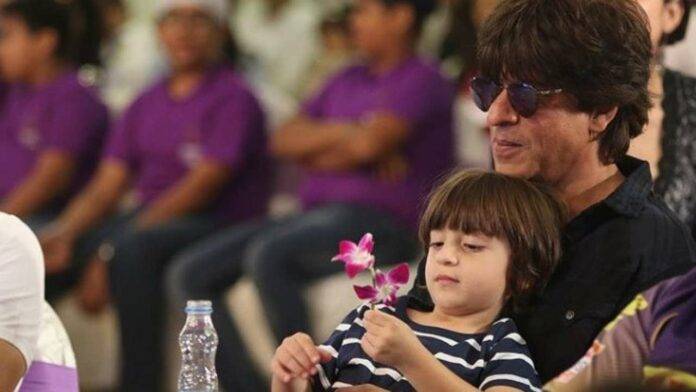 Shah Rukh Khan explained the origin of his son’s name in a media interview, saying, “AbRam is a Jewish connotation of Hazrat Ibrahim, so I think it is a good mix,” and adding, “It sounds very great with the name of Hindu God, Ram, in it.” 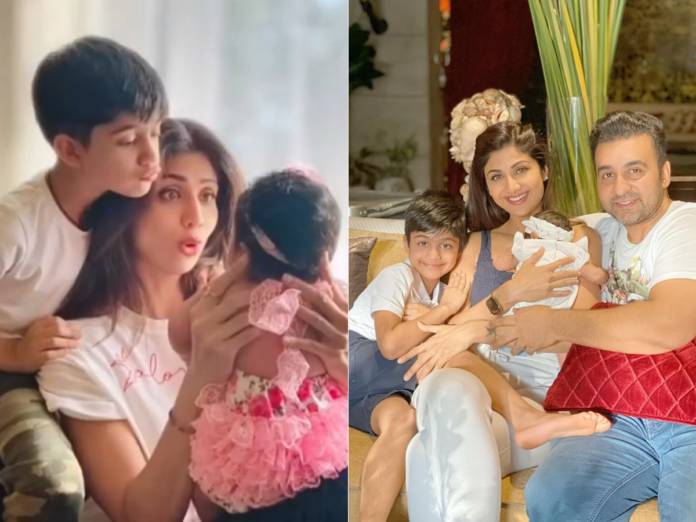 Raj Kundra and Shilpa Shetty married in 2009. They had a baby daughter, Samisha, via surrogacy on February 15, 2020. Shilpa Shetty said in an interview that she was having miscarriages and was hoping for adoption, despite the fact that surrogacy was their only choice. Viaan, the couple’s seven-year-old son, was already present.

“Our prayers have been answered with a miracle,” Shilpa remarked. She also explained Samisha’s unusual name: ‘Sa’ means “to have” in Sanskrit, and ‘Misha’ means “someone like God” in Russian. “You personify thus name our God Laxmi and complete our family,” she continued. 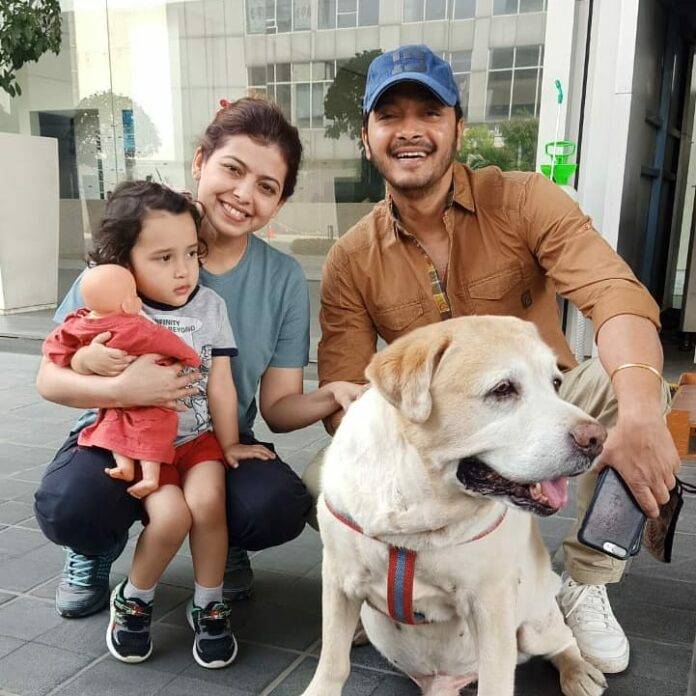 Baby via surrogacy: Aadya
Date of Birth: May 4, 2018
Gender: Girl
In 2004, Shreyas Talpade and Deepti Talpade married. They struggled to have a kid after 14 years of marriage, so they turned to surrogacy and were blessed with a baby girl, Aadya, in 2018. “With her round face, I think she looks more like Deepti,” Shreyas observed, adding, “but her features are changing every day.” 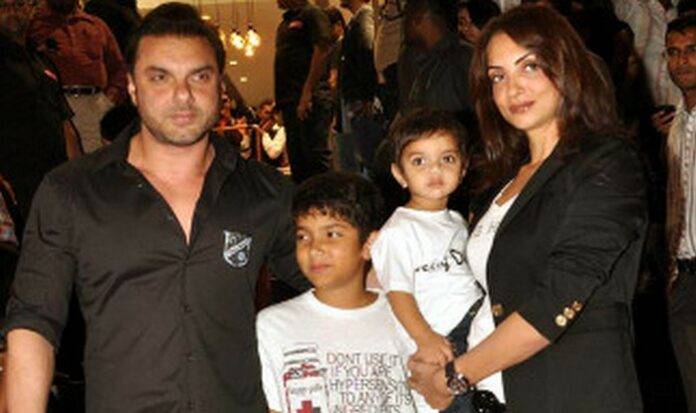 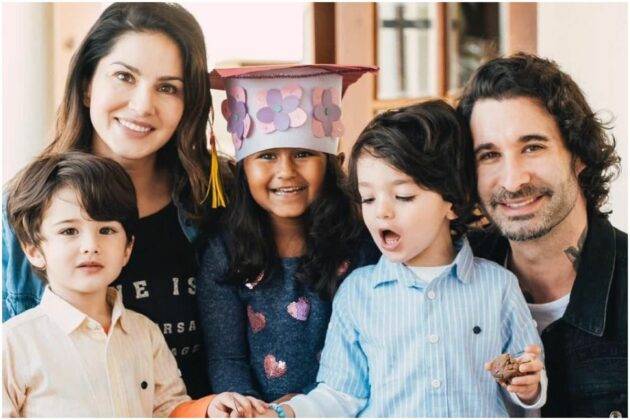 Baby via surrogacy: Asher and Nosh Weber
Date of Birth: February 11, 2018
Gender: Twin Boys
On January 20, 2011, Sunny Leone and Daniel Weber married. They had their twin boys, Asher and Nosh Weber, via surrogacy in 2018. Sunny was having difficulty conceiving a child owing to infertility. The couple adopted Nisha, a 21-month-old child, in 2017 and later chose surrogacy in 2018. The couple discovered they had twin boys after adoption. “We call that God’s design,” Sunny explained. 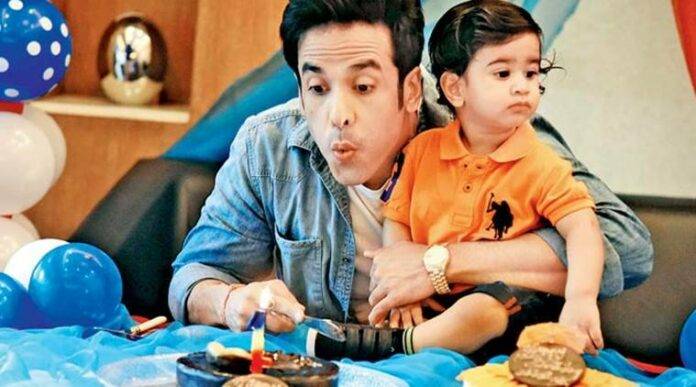 Baby via surrogacy: Laksshya
Date of Birth: June 1, 2016
Gender: Boy
Tushar Kapoor claimed in an interview that he opted to become a single father after becoming 35 years old. On June 1, 2016, he gave birth to his son, Laksshya, through surrogacy.
“Never, because I wouldn’t have gone through the process of becoming a single parent if I had any qualms,” Tusshar Kapoor said as a single parent. “I did it when I was ready and eager to take on the responsibility,” he explained, adding, “I feel like I’m doing the proper step.” And as of today, I’m satisfied with my day because I have so much to do with my son.”

Surrogacy is a controversial subject about which many people are still hesitant to speak. People still have restrictive views on surrogacy and believe in the traditional approach of having a baby. I’m hoping that surrogacy will help people throughout the world embrace infertility and motherhood. These celebrities are raising awareness about the benefits of surrogacy without any preconceived notions. Surrogacy is also impossible without exceptional surrogates and their incredibly supportive families, who enable the infertile parents to have a child.