The second season finale of the horror series “Chucky” puts an end to the murderous train that began in season 1. “Chucky Actually,” the ninth episode, aims to be a warm Christmas-themed affair. Despite Andy Barclay’s best efforts, the titular serial killer doll is still at large. Chucky begins making plans to harass the teenagers once more as Jake, Lexy, and Devon try to restore some normalcy to their lives. Here is everything you need to know about the episode’s plot and conclusion if you wish to catch up! Spoilers follow!

Jake, Lexy, Devon, and Kyle first see Chucky’s death in the season finale episode, “Chucky Actually.” The group wonders if they have finally won as the doll bleeds to death. Viewers are taken back to Charles Lee Ray’s early years in a flashback. It turns out that Dr. Mixter fostered Chucky’s violent propensities since he was a small child. The audience discovers that Chucky and Dr. Mixter had abruptly switched bodies as the action jumps to the present. Andy did not shoot the legendary serial killer as a result. Instead, he destroyed the Good Guy doll’s soul, which was imprisoned in Dr. Mixter. 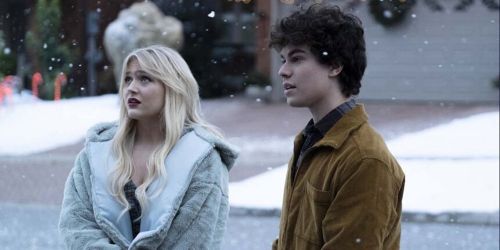 Chucky visits Dr. Mixter’s office now that he is in the latter’s body to fetch another Good Guy. He ultimately goes back to his beloved doll avatar and gets ready to cause more destruction. After the murders at the Incarnate Lord School, Devon and Jake were given community service orders. However, Lexy goes to sessions to help her deal with her drug addiction. As soon as the holidays arrive, Jake and Devon celebrate Christmas with Lexy and Mrs. Cross.

Jake is still struggling with his responsibility for allowing Chucky to end their lives and kill Nadine. But Jake and Devon are able to mend fences and continue dating. On the other hand, Lexy and Mrs. Cross are also able to patch things up and hold out hope for a fresh beginning. Glen, who Nica shot in the last episode, is unconscious elsewhere. Tiffany advises moving Glen and Glenda to the doll they were born with in order to save Glen’s life. When Glenda accepts, the twins merge inside the doll and take the name “GG.” Tiffany sends GG to England so the twins can discover more about their alleged ancestry. Chucky, meanwhile, shows up at the Cross home with the intention of exacting revenge on Jake, Lexy, and Devon.

After Adny appears to have killed Chucky in the episode, Jake, Lexy, and Devon manage to maintain some form of normalcy. Since the very first episode, the doll of the serial killer has plagued the pair. Additionally, because Chucky killed each of their parents, the three has experienced a similar tragedy. Additionally, Chucky murders their friend Nadine, further harming the group’s already fragile psychological state. The group ponders whether their lives will follow in the footsteps of Andy and Kyle, who spent their entire lives looking for Chucky. 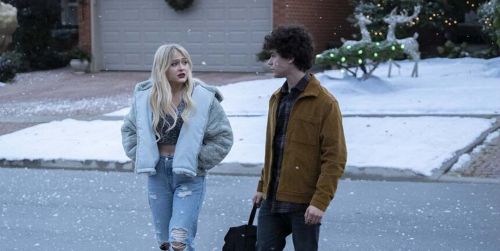 Before the group can come to a decision, Chucky shows up at the residence carrying a chainsaw. He looks for Belle, the doll Dr. Mixter gave to Caroline, Lexy’s sister. After coming in through a chimney, Chucky assaults Mrs. Cross. He uses the chainsaw to split Mrs. Cross in half, filling the house with blood. The horrific death of her mother in front of Lexy leaves her horrified and furious. When she attacks Chucky, the doll appears to be killed.

Soon after, the police and social security show up as Jake, Lexy, and Devon must deal with yet another tragedy. The trio has no one to care for them because all of their parents have passed away. Finally, Devon, Jake, and Lexy are visited by Miss Fairchild, the previous biology teacher of the group who was incarcerated for Chucky’s crimes at the end of season 1. She volunteers to take care of the kids and believes the doll serial killer is responsible for the killings for which she served a prison term.

Does Tiffany Transfer Her Soul? Did Chucky Survive?

Chucky’s recipe for a successful episode is to offer gory killings and startling story twists. The second season finale maintains the same format but enhances the story by developing intriguing future plot lines rather than just using shock value. As Chucky approaches the Cross home in quest of the missing Belle doll, Tiffany walks in with her own plans. Jake and Devon, on the other hand, attack Tiffany and seriously hurt her after Lexy murders Chucky. It appears that Chucky and Tiffany will eventually be held accountable for their misdeeds. Caroline, who has been brainwashed, believes Tiffany to be her mother. The trio consents to her leaving the house with Tiffany hurt as a result. 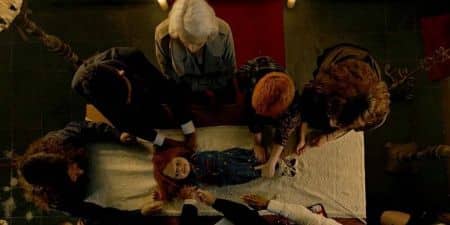 Tiffany and Caroline ultimately depart for New York. In the closing minutes of the episode, Nica contacts Tiffany to express her regret for hurting Glen. She does, however, express threats to murder Tiffany and a desire to get retribution on the person who mistreated her. Tiffany feels frightened as a result and wants to give her soul to the Belle doll. However, Tiffany’s strategy falls apart once more as Belle reanimates and poses a threat to her. It is therefore clear that the doll is not a barren vessel.

Last but not least, Chucky confesses that he is actually a living doll. The revelation stuns Tiffany, and Chucky and Caroline smile slyly. The scenario suggests that Chucky survived Lexy’s destruction of the Good Guy toy. Instead, the serial killer used soul transfer to avoid dying yet another time. Chucky’s favoured vessel this time is the Belle doll.

Tiffany, who was in charge for the majority of the first season, is foreshadowed to suffer a terrible fate in the episode’s conclusion. She encounters a setback in season 2, though, and is likely to endure the effects of betraying Chucky. On the other side, Chucky has a new crime accomplice and is still alive. It appears like Chucky is prepared to terrorise New York with Caroline at his side. Chucky breaks the fourth wall to recount his killings from the second season as the programme comes to a close.