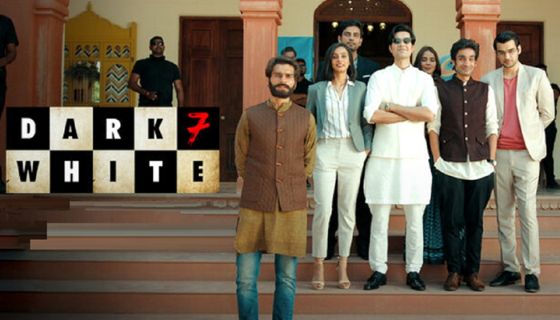 From November 24, 2020, Dark 7 White, a Hindi web series, will be available on ZEE5 Original. It’s a political suspense-crime-thriller with a murder mystery directed by Sattvik Mohanty. In addition, the primary parts are played by Jatin Sarna (of Sacred Games), Monica Chaudhary, and Nidhi Singh (of Permanent Roommates).

It’s a gripping story about a political assassination. A young politician named Yudi is assassinated in broad daylight. Furthermore, the inquiry begins to trace down and apprehend the assailant. When Yudi’s seven closest pals turn out to be key suspects, it doesn’t appear to be easy. As the investigation unfolds, various dark truths are revealed, revealing unexpected elements.

Dark 7 White is a daring tale of betrayal, power, lust, and, of course, politics. To begin with, it is full of dark and buried mysteries. Second, it features black comedy and off-kilter narrative. Finally, it’s a mystery circle in which one of the seven pals exploits and misuses his peers. Watch to find out who the lone suspect is who has the key to solving the mystery! It is, without a doubt, a must-see web-series.