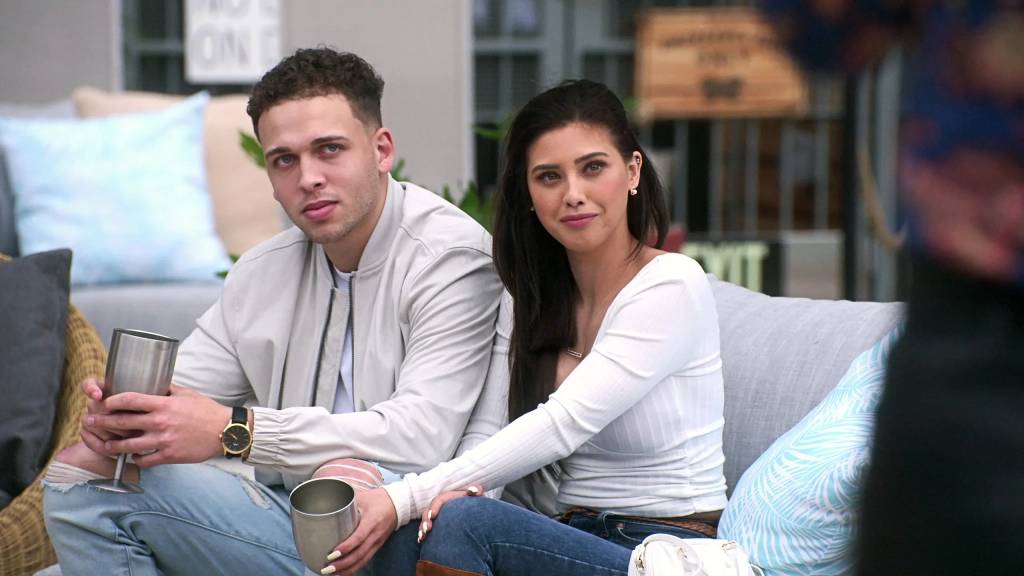 ‘The Ultimatum,’ a reality dating show on Netflix, portrays real-life couples who are at a crossroads. Each couple has one spouse who is eager to marry and the other who is hesitant. The show provides them with one more opportunity to put their relationships to the test. All of the couples get to know each other throughout the first week of the season. They then form a partnership with another person to examine their new relationship as well as previous sentiments.

Each participant must make a final decision near the end of the season. They have the option of marrying their original partners or remaining apart indefinitely. Real-life couples can explore their relationships, alternatives, and feelings on the reality show. These 7 shows are likely to keep you delighted if you enjoyed the dating series. Most of these shows that are comparable to ‘The Ultimatum’ can be found on Netflix, Hulu, or Amazon Prime. 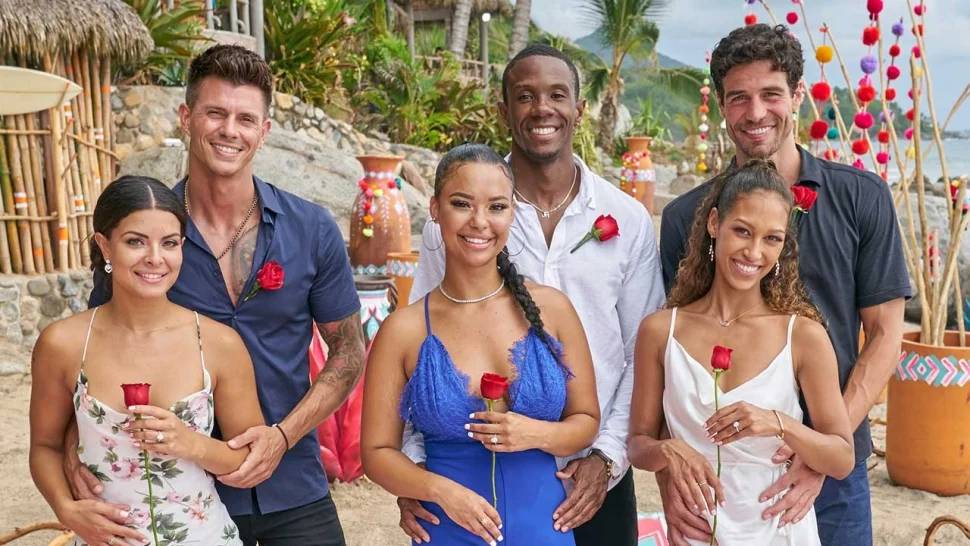 It’s difficult to find a genuine friendship through a television show. It’s more difficult when you’ve already been rejected. Fortunately for fans of the ‘The Bachelor’ franchise, ‘Bachelor in Paradise’ transports them to a natural refuge where they can meet possible wives. The participants are frequently fan favorites, and the audience cheers them on as they pursue their happily ever afters. While the majority of couples end the season with a proposal, some prefer to take their time with the big step. We couldn’t leave ‘Bachelor in Paradise’ off this list because the show is built around the idea of marriage and follows well-known individuals. 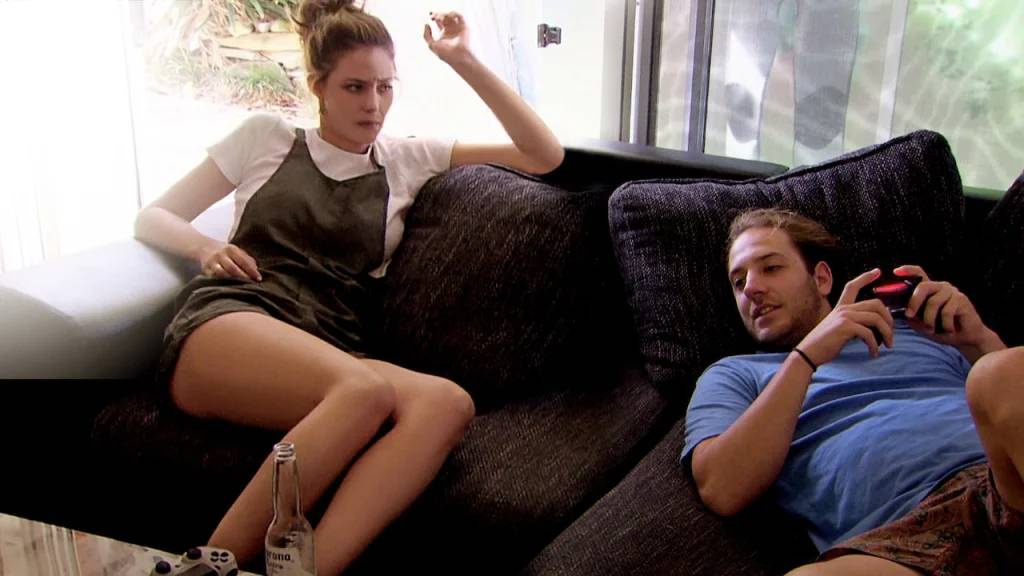 Nothing brings joy to the heart like lovers reuniting. In ‘Back With The Ex,’ the ex-couples opt to reignite their romance in front of the camera. The contestants bring their old grudges and loves to the table in an attempt to rekindle the flame. At the end of the season, contestants must choose whether to reunite with their ex or say their goodbyes. The Australian show provides viewers with a dynamic that is grounded in reality. The comparison between ‘The Ultimatum’ and ‘Back With The Ex’ is clear when it comes to real-life couples who must make difficult decisions regarding their future. 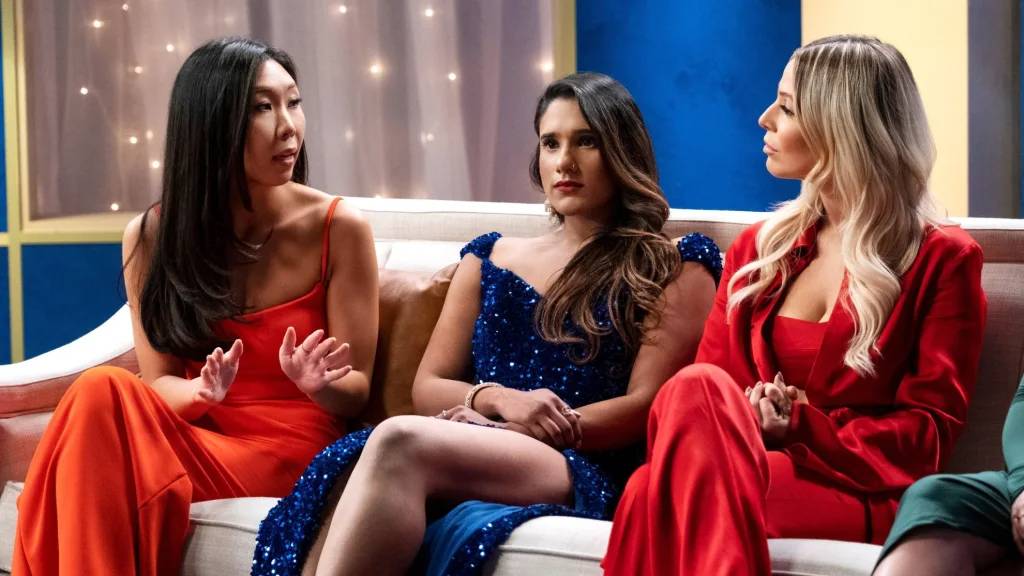 A new Netflix dating show has been added to the list. This time, though, it includes everything. The participants in ‘Love is Blind’ go through a speed dating round to learn about all of their options. Then there are the lengthier, more romantic dates, after which they can extend a marriage proposal if they sense a connection with someone. Of course, all of this occurs while the dates take place in specially designed pods that allow them to converse while obscuring their partner’s view.

Only if a proposal is accepted is the restriction released. The recently engaged couples go to a resort where they can finally do “couple things” and meet other engaged couples. They soon move in together and get to know one another better. The betrothed couple is in charge of planning their nuptials and making the final decision. The series has a lot in common with ‘The Ultimatum,’ from real-life events to commitment decisions. 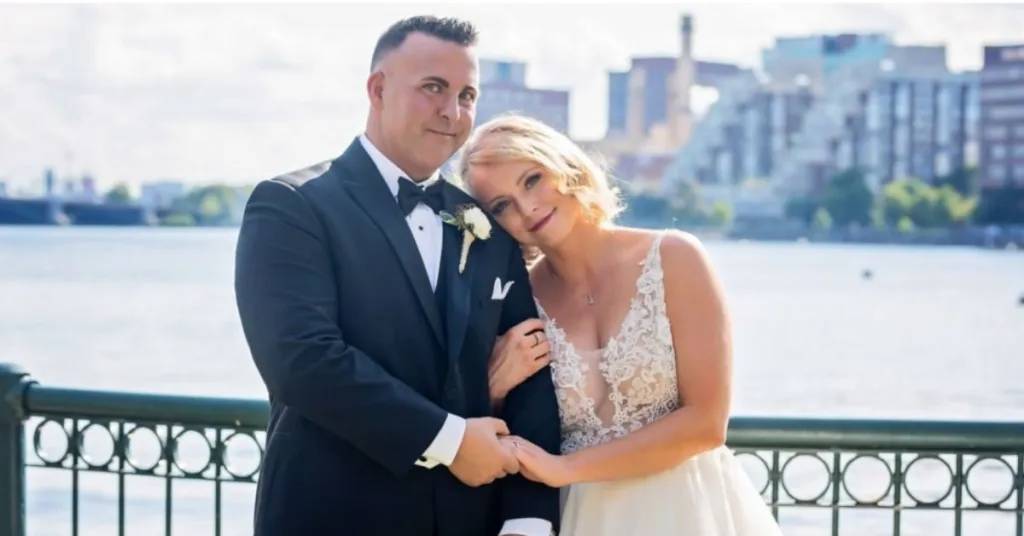 Why not start there if the ultimate goal of a relationship is to get married? ‘Married at First Sight’ follows aspiring single spouses who are paired with someone by the dating experts on the show. The couples are married on the first day they meet and then work on their relationship. They are questioned about their dedication to their relationships throughout the season.

Finally, on Decision Day, the contestants express their final feelings about the arranged marriage. The significance of marriage is undeniable. They reminisce on their love lives while attempting to construct a solid life with their husbands. A key end-of-season choice is made in the series, and a hanging marriage certificate hangs in the air. Because of its resemblance to ‘The Ultimatum,’ it earns a spot on the list. 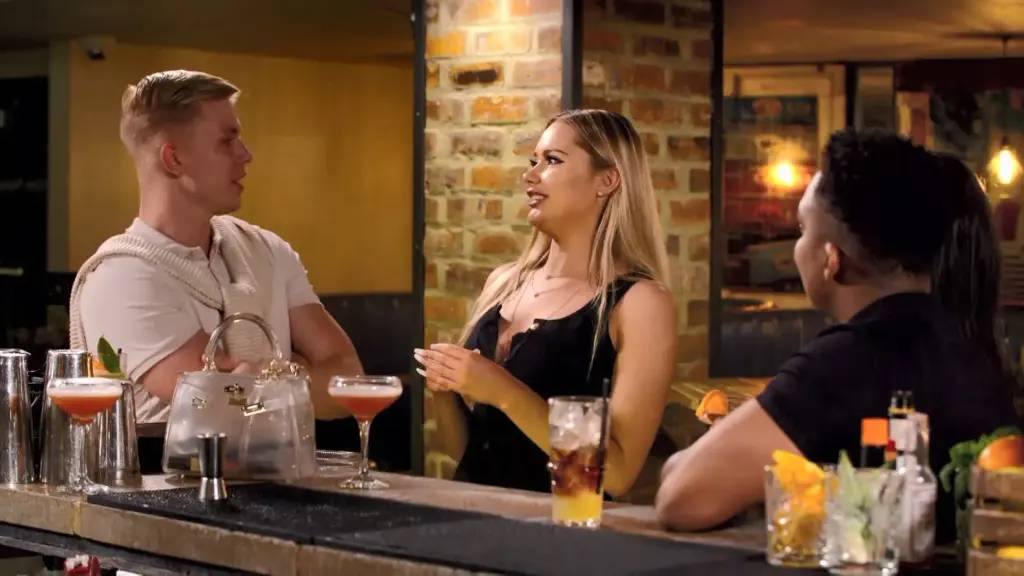 ‘Singletown,’ set in London, follows two dysfunctional couples who have come to the show to mix things up. The couples split up and share a condo with the other four contestants. Of course, no two ex-couples share a condo. Each group has a mentor who helps them navigate their newfound independence. The two parts of a pair’s outings happen at the same time.

Their housemates, on the other hand, can observe what their exes are up to and inform them. The pair must choose whether to stay single or get back together at the conclusion of each week. Of course, only if both parties agree is the decision final. Except for the inevitable marriage proposal, the show is quite similar to ‘The Ultimatum,’ and it deserves to be at the top of the list. 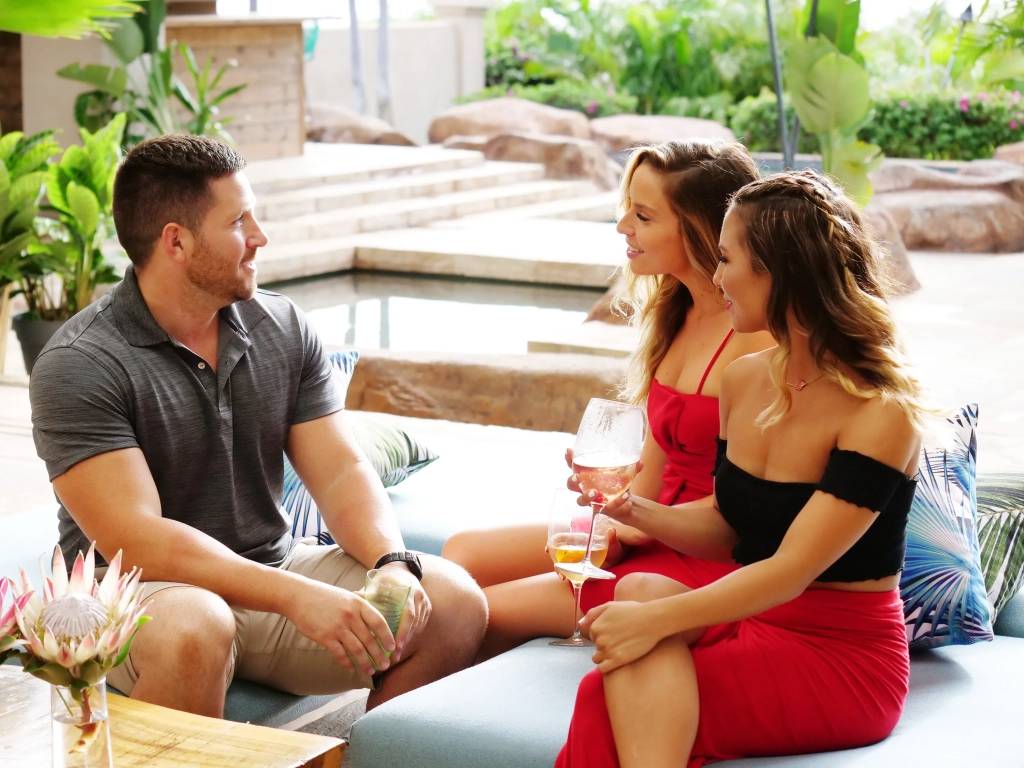 The desire to stray is the ultimate test for any relationship, and ‘Temptation Island’ takes this concept to heart. To put their relationships to the test, the couples decide to live apart. Each participant is accommodated in a house with both same-sex and opposite-sex individuals.

The tension between the couples grows as the season advances, as does the temptation. Many couples have emerged stronger as a result of this final commitment test. Before the end of the series, several couples even become engaged. ‘Temptation Island,’ which has a similar concept to ‘The Ultimatum’ and features real-life couples, is at the top of our Netflix series recommendations. 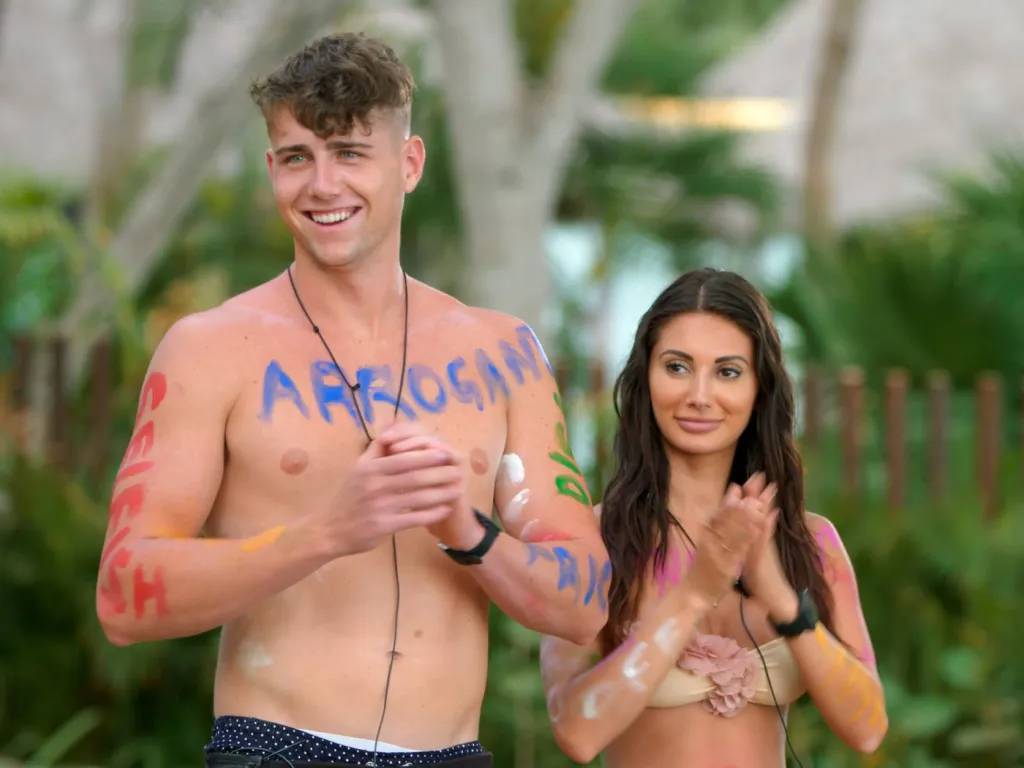 ‘Too Hot to Handle,’ one of Netflix’s most popular shows, has a simple guideline that the players may find difficult to follow. The show attracts single participants from all around the country who are solely looking for casual dates. A prize purse of $100,000 is put up at the start of every season. The season’s participants must ensure that they do not indulge in any kind of sexual activity, whether with others or on their own.

The prize money diminishes with each infraction. How long will the participants be in the room? That is a question that holds the audience’s attention the entire time. The show is mentioned here due to the participants’ desire to better understand their dating capacity and experience various relationships.