The third season of Netflix’s “Dead to Me” concludes the plot, with Jen and Judy facing more risks. At the same time, every problem they caused over the previous two seasons comes back to haunt them. It appears as though the law might at last catch up with them because everything is working against them. The women’s friendship is put to the test, forcing them to face their biggest transgressions. However, admitting guilt might cause everything to unravel once more. Here is what that conclusion entails for them both. Spoilers follow.

Dead to Me Season 3 Recap

After the hit-and-run, Jen and Judy wind up in the hospital, and Ben learns that he was the one who struck them. As soon as word of Steve’s passing spreads, the police launch their investigation into how he was killed. Although Perez tries to conceal Jen and Judy’s role in the investigation, it turns out that the two left behind too many hints to protect them from being connected to the crime. When FBI agent Glenn Moranis reenters the picture, things become more difficult. 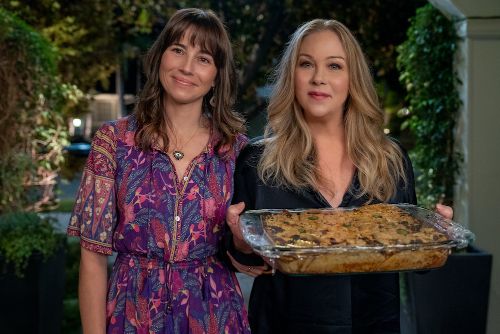 When Judy receives a cancer diagnosis, an entirely new battle in her life begins. Given that she was the one who killed Ben’s brother, Jen fights with her love for Ben. When she learns she is pregnant, any plans she had to keep a distance from him are completely abandoned. Nick deduces that Judy and Jen were involved in Steve’s killing, but he has no evidence to support his theory.

Jen struggles with the idea of telling Ben the truth about Steve’s passing and providing him with closure after everything has finally calmed down. In addition, Jen hasn’t been able to maintain any of her secrets for very long, despite having many over the course of the three seasons. She would eventually confess to someone, usually Judy. She experiences the same emotional rush now and turns to face Ben, telling him she needs to tell him something. However, the screen goes black and the credits begin to roll before we can learn what that is. We’re left to wonder if Jen had the courage to tell Ben the truth at this point.

Dead to Me Season 3 Ending: What Does Jen Tell Ben? Does She Confess?

‘Dead to Me’s’ narrative started with a secret. Teddy, Jen’s spouse, passed away after Judy struck him with her vehicle before leaving. Judy became friends with Jen in the hopes of aiding her because the guilt was eating at her. But despite her best efforts, the truth eventually surfaced since this secret kept her on guard. Judy took away a difficult lesson from all of this. It’s preferable to be upfront about it as soon as possible because the truth will always come out regardless of what you do.

Jen is keeping something from Ben. Even though Jen might likely offer a lengthy backstory to defend her conduct, the fact that she killed Ben’s brother Steve will not minimise his sorrow. If Jen and Ben had broken up after a while, it wouldn’t have been as difficult to keep it a secret. Instead, they fall in love with one another and give birth to a kid as a result. Jen is now unable to leave Ben even if she wants to. Ben resembles Steve identically, thus she must constantly be confronted with the image of her victim. 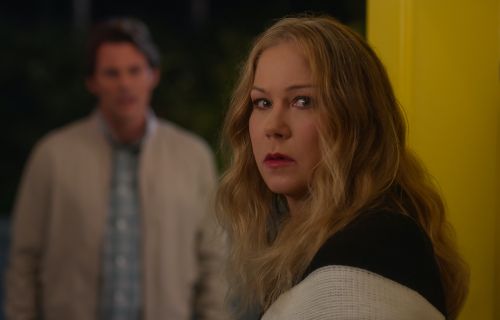 Judy tells Jen to be completely honest with Ben before they begin a life together. Jen, though, is utterly terrified by the idea. Confessing would cause the life she has been trying so hard to keep together to fall apart all at once. Judy and Perez, who both assisted her in covering up the crime, would also be put in risk if she came clean. But towards the end, this danger is gone.

The FBI extrapolates the conclusion that Steve would have been their victim as well once the Greeks are implicated in Glenn’s murder given that he had been stealing from them and laundering their money for a long time. Even if Jen confesses, there is no way to arrest her because there is no proof linking her to the murder. Even if she tells Ben and he accepts it, he wouldn’t be able to convince the police to arrest her and put her in jail. It would surely damage their relationship, though.

Ben loved his twin very much, and no matter how horrible Steve had been, he was still Ben’s brother. Ben struggles so greatly after Steve’s passing that he turns to drink again and needs to enter rehab. He also acknowledges how upsetting it is for him not to know exactly what happened to his brother. As a result, his life would be in ruins when he finally learned that the lady he fell in love with was responsible for his brother’s death, and all the effort he had made toward mending himself would be for naught. Additionally, since he wouldn’t be able to show that Jen killed Steve, he would grow angry with her and this could result in another murder! 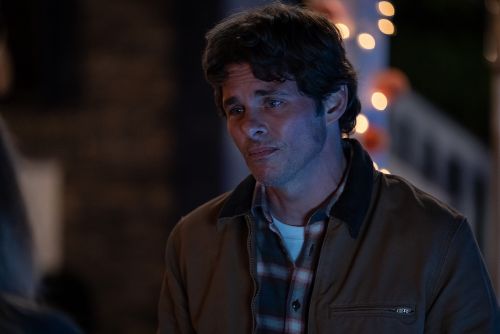 However, there is a chance that Ben will pardon Jen. He is aware that Jen’s husband passed away as a result of Judy’s automobile hitting him as Steve ordered her to keep going. He may be able to relate to Jen’s thoughts toward Steve and the fact that Jen attacked Steve because she was unable to hold Steve accountable for her actions. Furthermore, he is aware that Jen continued to be Judy’s closest friend even after she had forgiven Judy for her part in the hit-and-run. In a similar spirit, Jen forgave Ben when he admitted to running into her with his car. Ben also has a child with Jen and is in love with her on top of all that. He might be tempted to move on if his love for Steve is overshadowed by his feelings for her.

Jen decides against sharing Ben the news because it is impossible to predict his reaction. Finally, she looks to Ben and, from the expression on her face, it is clear that she is prepared to tell him everything, no matter what happens. However, there is no way to be certain if she admitted it or changed the subject. There is no getting around the fact that it will eventually surface. If not then later, then at that precise instant. With Judy gone, Jen is left to bear the burden of that guilt by herself, and it might eventually become too much for her. But if one of them is dead, then two can keep a secret, so Jen might as well adhere to that and go on with her life. It will cost her occasionally feeling guilty in order to maintain her family and her life. 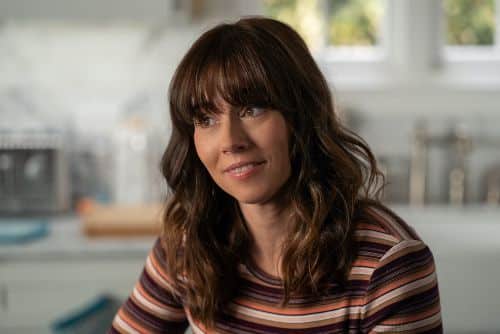 The programme teases a more certain resolution for Judy while leaving viewers hanging over Jen’s confession. While Jen’s future is unknown, her best friend’s situation is slightly more urgent. Season 3 opens with the news that Judy has cancer. Her prognosis is fatal after a few cycles of chemotherapy. Judy decides to accept her fate and live the rest of her life in peace, while Jen refuses to accept defeat and learns more about clinical trials.

Judy acknowledges killing Steve and even provides the proof. Jen steps in and begs Nick to give her three weeks for the trial before he can tell anyone about it. Jen, however, flees with Judy to Mexico instead of taking her to the clinic. For three weeks, they gladly pass their days together, carefree. Jen, though, offers to relocate to Mexico and spend the remaining days with her until it’s time to return. Judy, on the other hand, doesn’t want Jen to abandon her life in Laguna. She counsels Jen to return to her kids and Ben and carry on with her life. Judy stays back in Mexico, in contrast.

Jen witnesses a dream in which Judy is on a boat sailing away in the first scene of the season. Finally, she catches a distant glimpse of her friend in a comparable circumstance. Jen heads back home after acknowledging that she will have to let Judy follow her own path. Judy stays with Steve while still in Mexico. She intends to spend her final days in this location, free from the threats of the law and in tranquilly. No one will approach Judy’s door with inquiries now that the Greeks are being held accountable for Steve’s demise. She might keep in touch with Jen, as she had promised, but she doesn’t have enough time to visit Laguna again. It is reasonable to infer that Judy, a few months after Jen left her, passes away from cancer in Mexico.