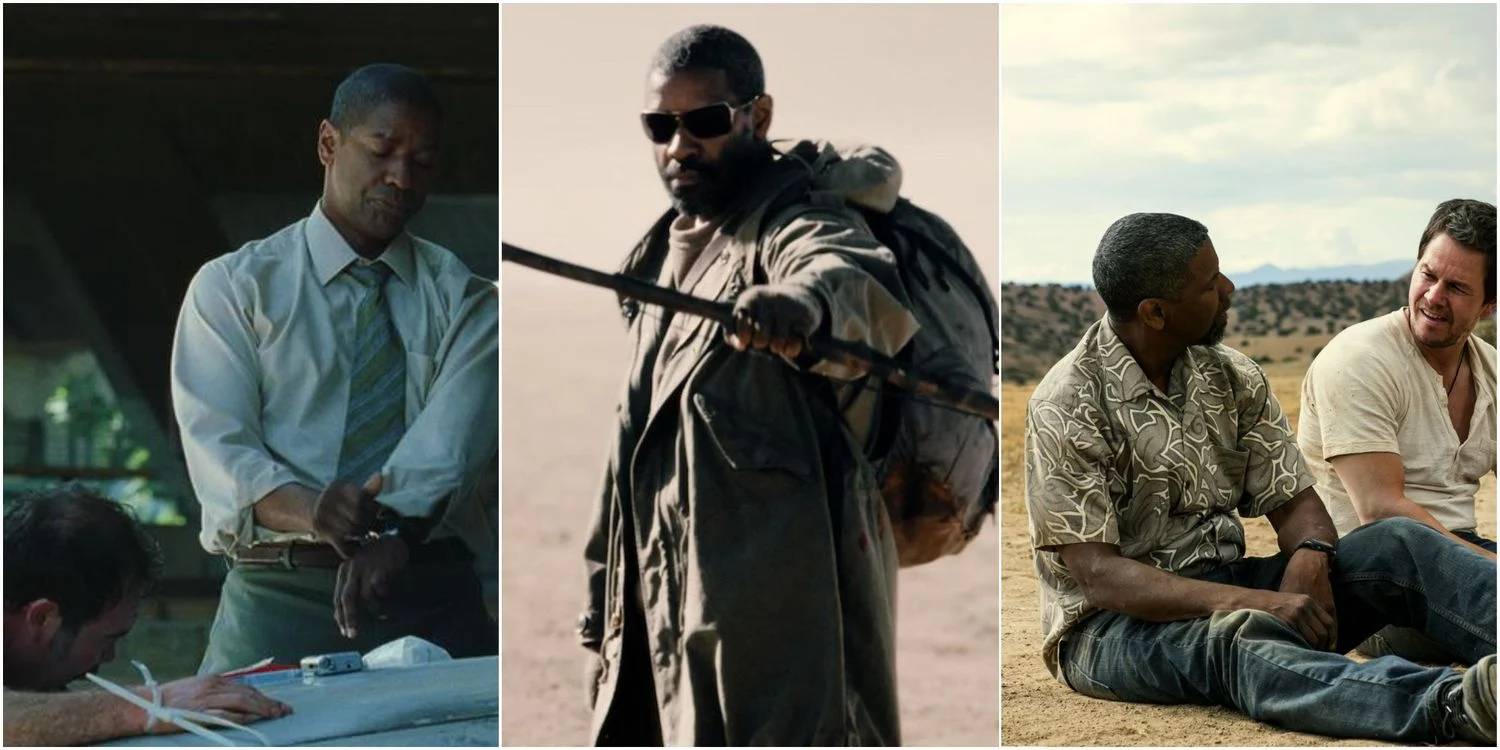 Old Hollywood used to be so refined. It wasn’t perfect, but its actors exhibited a stately demeanor that was reminiscent of nobility. Thankfully, elements of it can still be seen in a select people today, such as Denzel Washington. The man has been a powerhouse in the industry for over 40 years and is regarded as one of the most recognized actors in the industry. He carries himself with the humble yet charismatic composure of an old-fashioned gentleman, far from the shallow concept of celebrity.

His significant screen work has garnered him two Academy Awards and a slew of other awards and accolades. He’s also made a name for himself as a filmmaker and producer. Naturally, with a career like Washington’s, many films have deservedly received attention, but there have also been a few that have slipped under the radar. Not every film Washington has directed has been Oscar bait, and they didn’t have to be to earn our admiration, no matter how modest. 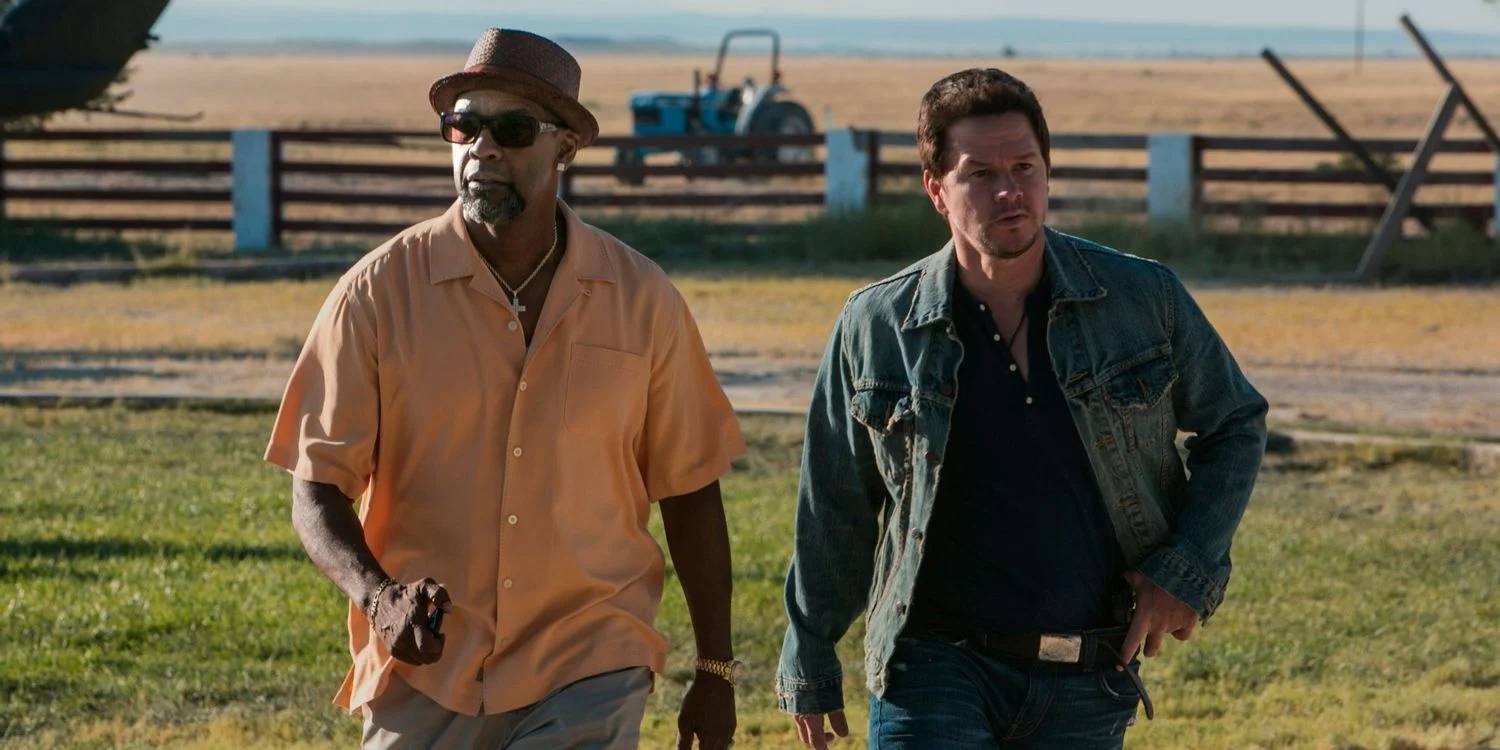 Criminal partners Bobby Trench (Washington) and Michael “Stig” Stigman (Mark Wahlberg) are DEA and Navy SEAL clandestine officers, respectively, who believe they are misleading each other. When the two become embroiled in a multimillion-dollar scheme involving competing government agencies, the military, and a Mexican cartel, they have no choice but to work together.

This film is pure joy to see. The chemistry between Washington and Walhberg is electric, and the dialogue in the picture is full of zingers that rival Quentin Tarantino’s best work. However, the well matched protagonists do not have all of the fun, as Edward James Olmos and the late Bill Paxton provide noteworthy supporting roles. 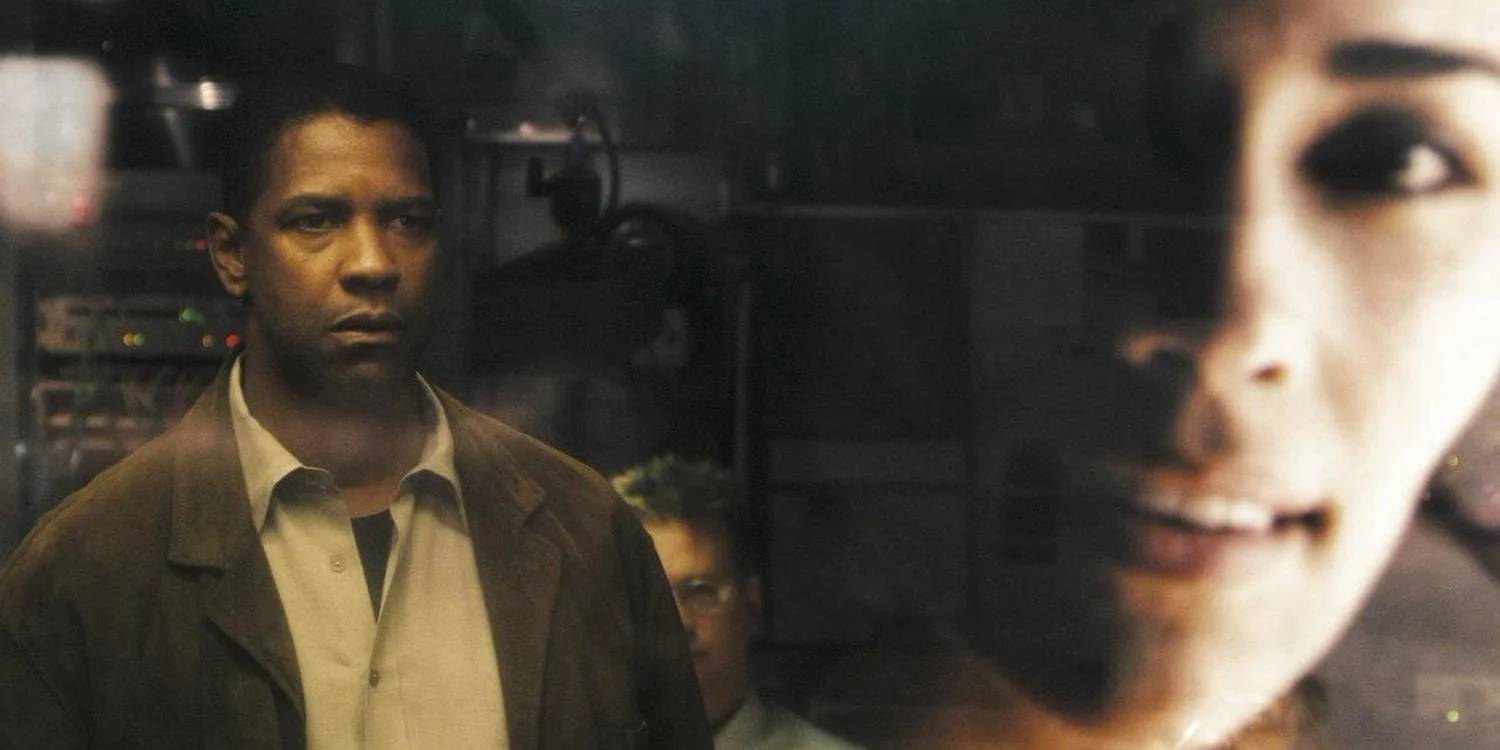 Following a terrorist bombing on a ferry that kills hundreds of people, ATF agent Doug Carlin (Denzel Washington) is hired to work with a team that has developed a technology that allows them to look into the past in order to gather evidence that will hopefully lead them to the perpetrator. Carlin falls in love with one of the terrorists’ victims while researching the events leading up to the attack.

When time travel movies are a penny a dozen, it’s difficult for films like these to stand out. Doug Carlin’s love for a deceased lady he hardly knows is highly idealized, which, along with Tony Scott’s frenetic and action-oriented direction, makes this techno-thriller more about passion and enjoyment than academic interest. But perhaps it is what distinguishes it. 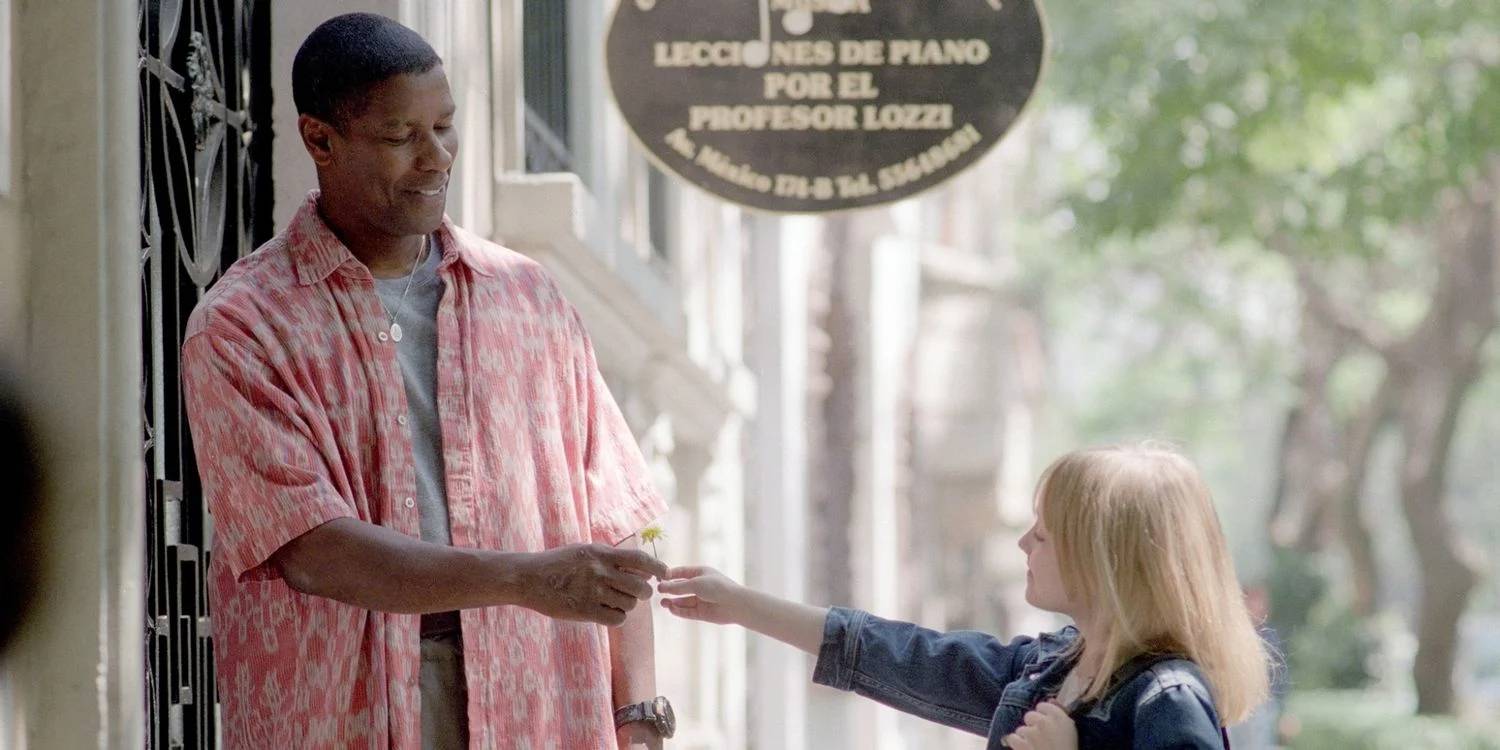 Former CIA operative John W. Creasy (Washington) is a depressed soul adrift in the shadows of his past with only a bottle to soothe him until he gets a position as the bodyguard of Pita Ramos (Dakota Fanning), with whom he finds renewed purpose. Creasy goes on a rampage against Mexico City’s criminal element to rescue Pita after she is kidnapped.

We had Denzel Washington ripping off fingers and threatening scumbags with suppository explosives before we got Liam Neeson and his “special set of talents.” Despite the fact that Creasy’s vindictive pursuit is cold and cruel, Washington’s charm and the wonderful bond he developed with his lost charge have us pulling for him even as he commits the most heinous acts. 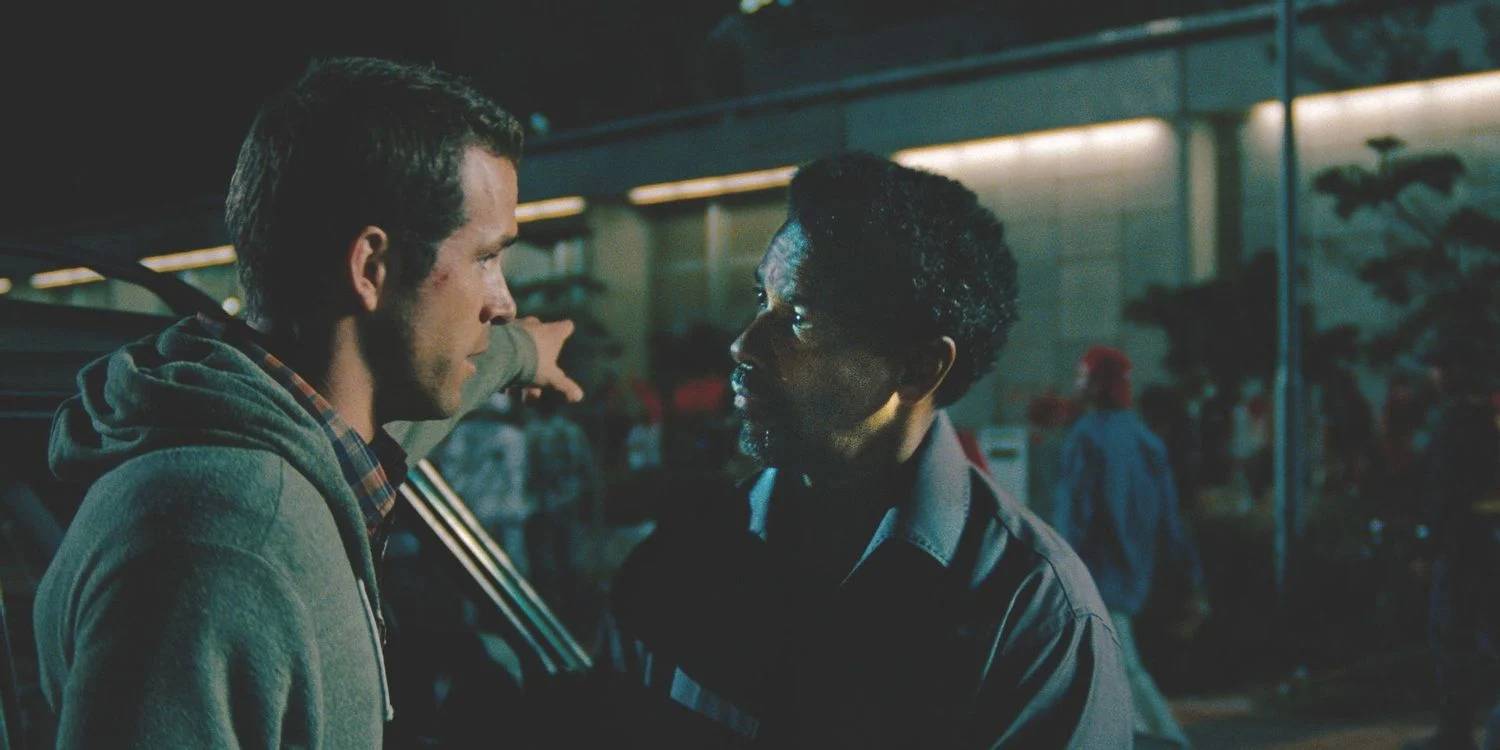 Matt Weston (Ryan Reynolds), a CIA safe house keeper, is tasked to hold legendary agency officer Tobin Frost (Washington) in his facility for questioning about Frost’s renegade activities. When the base is attacked, the two men are forced to evacuate and seek refuge somewhere else.

In terms of action thrillers, this film isn’t very noteworthy, yet it has more to recommend it than you may expect. As the mysterious and ethically complicated contrast to Reynolds’ steadfastly idealistic character, Washington is in top form. Their chemistry conveys thought-provoking, if predictable, storytelling. Reynolds also gets to show off his acting abilities in a tragic role. The action is hit-or-miss, but when it does land, it delivers a powerful blow. 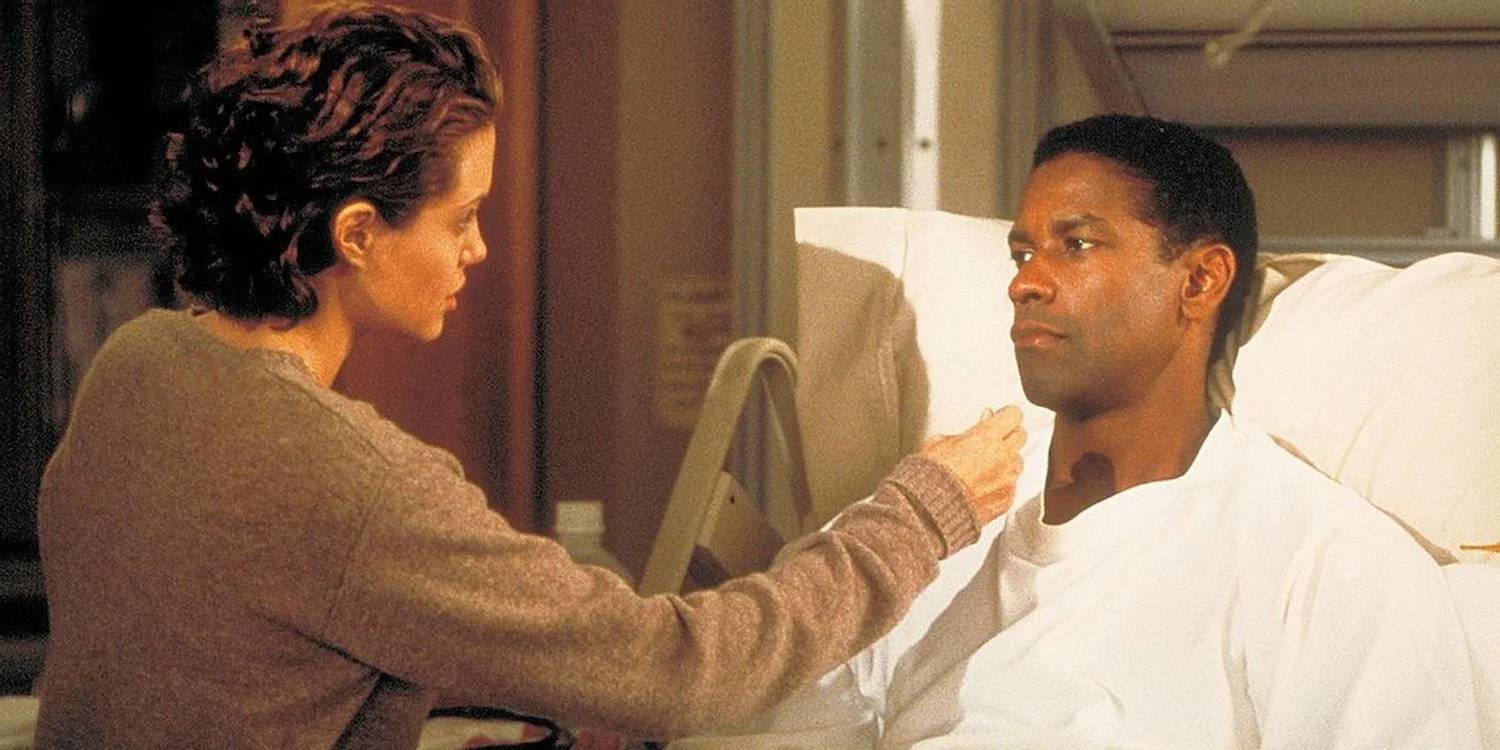 The Bone Collector stars Washington as Lincoln Rhyme, a quadriplegic forensics investigator, and is based on a crime thriller novel. The two team up with rookie policeman Amelia Donaghy, played by Angelina Jolie, to stop a serial killer who leaves clues at his crime scenes, including bone fragments stolen from the victims.

The film’s critics primarily focus on its puzzling plot, which is understandable. Regardless, the acting is top-notch, the atmosphere is eerie, and many gory details aren’t sanitized. Jolie is clearly the more active presence, and she does an excellent job. Washington, although being primarily bedridden, is a force to be reckoned with. 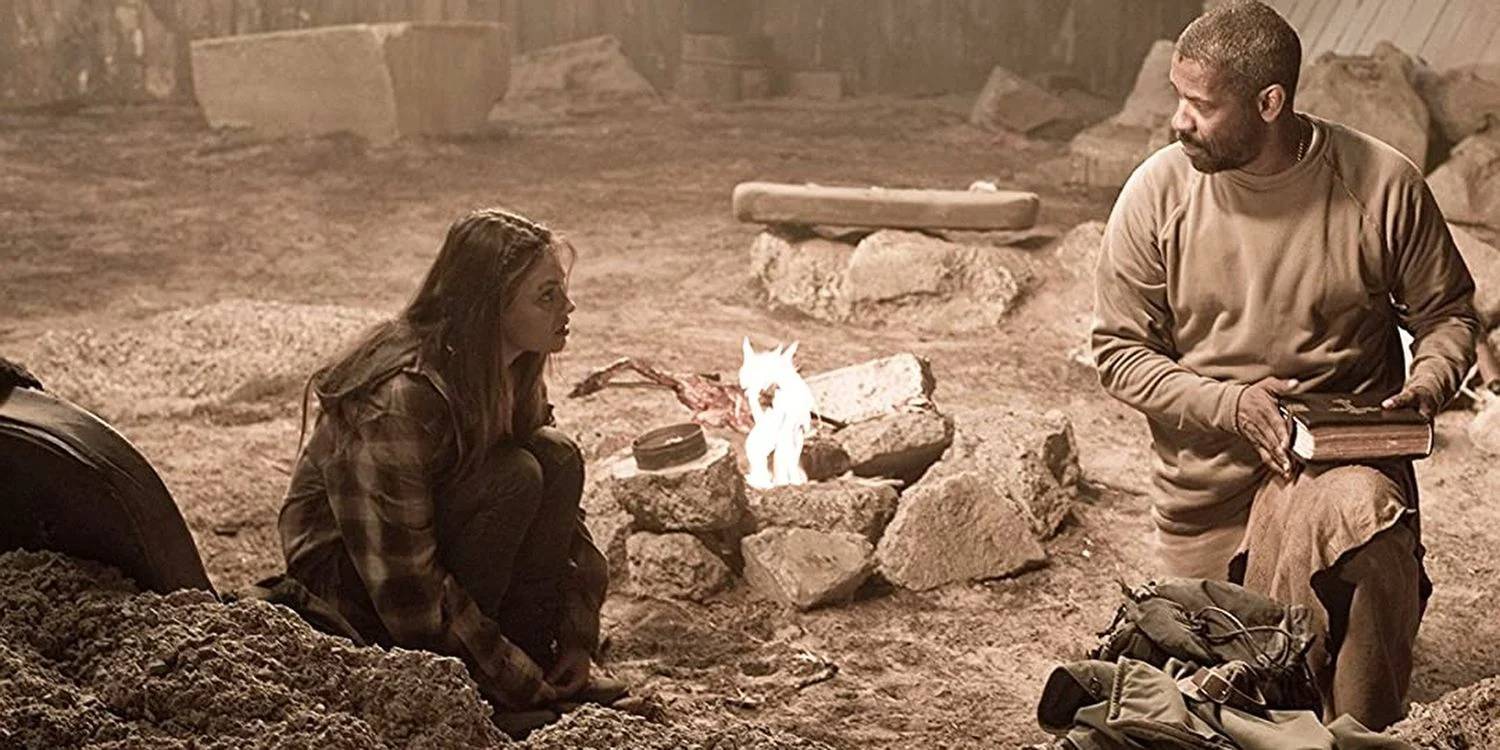 A man named Eli (Denzel Washington) embarks on an expedition through a post-apocalyptic world in search of a safe refuge for the last remaining Bible. Along the way, he meets an unexpected young comrade (Mila Kunis) and an adversary (Gary Oldman) who wants Eli’s sacred book to solidify his influence over his community of believers.

The Book of Eli isn’t new in terms of its genre, but it does include some of the best traditions from its selected genres to create a dystopian Western with its own pulse and personality, complete with strong performances and tense action. Almost every dystopian story revolves around the hunt for hope in some manner, which is distinctively depicted in this film by something that will not appeal to many viewers but has deep spiritual meaning. 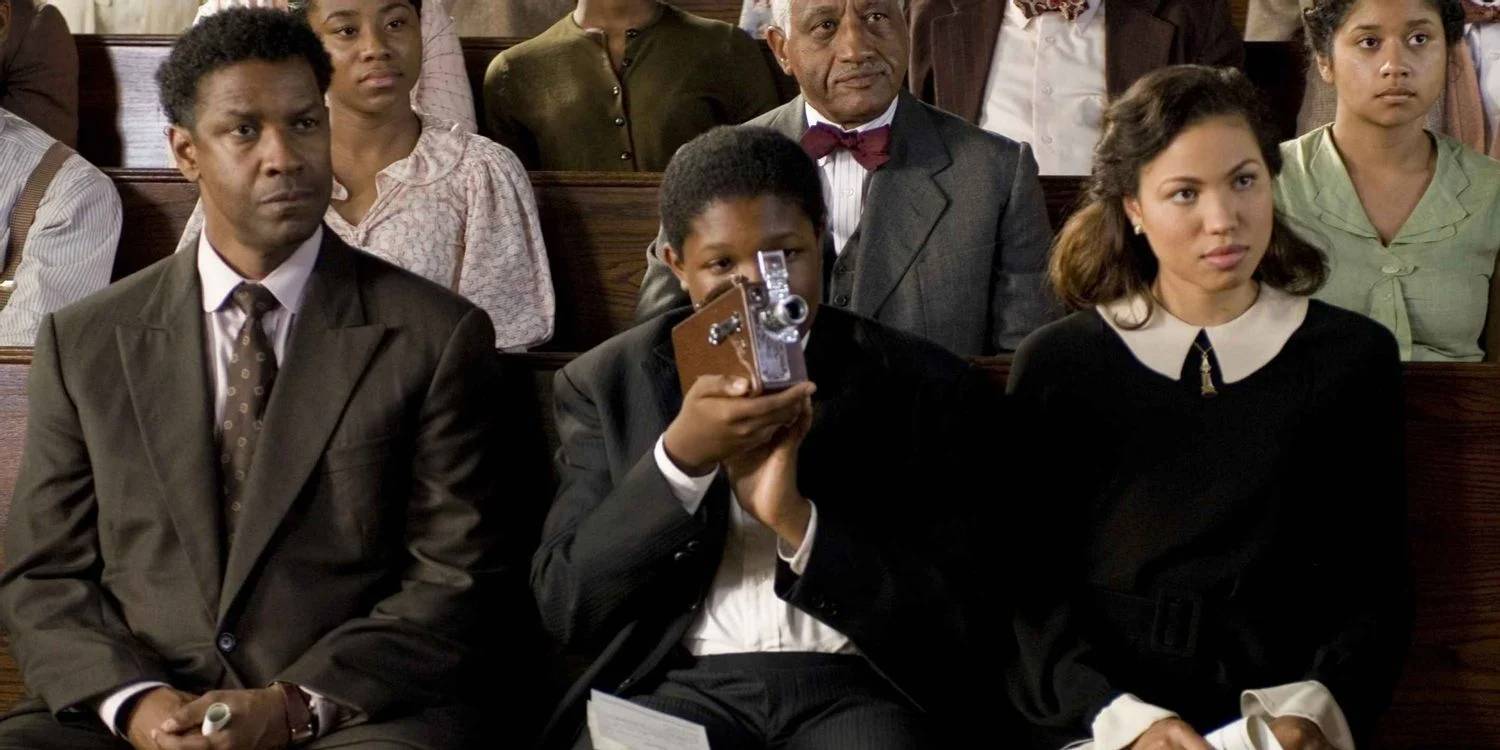 The Great Debaters is based on true events and follows a trio of African American students who were mentored by Melvin B. Tolson (Washington) to become debate champions during the 1930s, when racial segregation was still prominent.

Denzel Washington’s second picture as a filmmaker, sandwiched between his debut and the Oscar-winning Fences (2016), is possibly why it receives so little attention. That’s a pity, because the film’s story, while old, still offers a moving look at a heartbreaking moment in American history as viewed through the eyes of young people who are dealing with more personal concerns than just their social conditions. 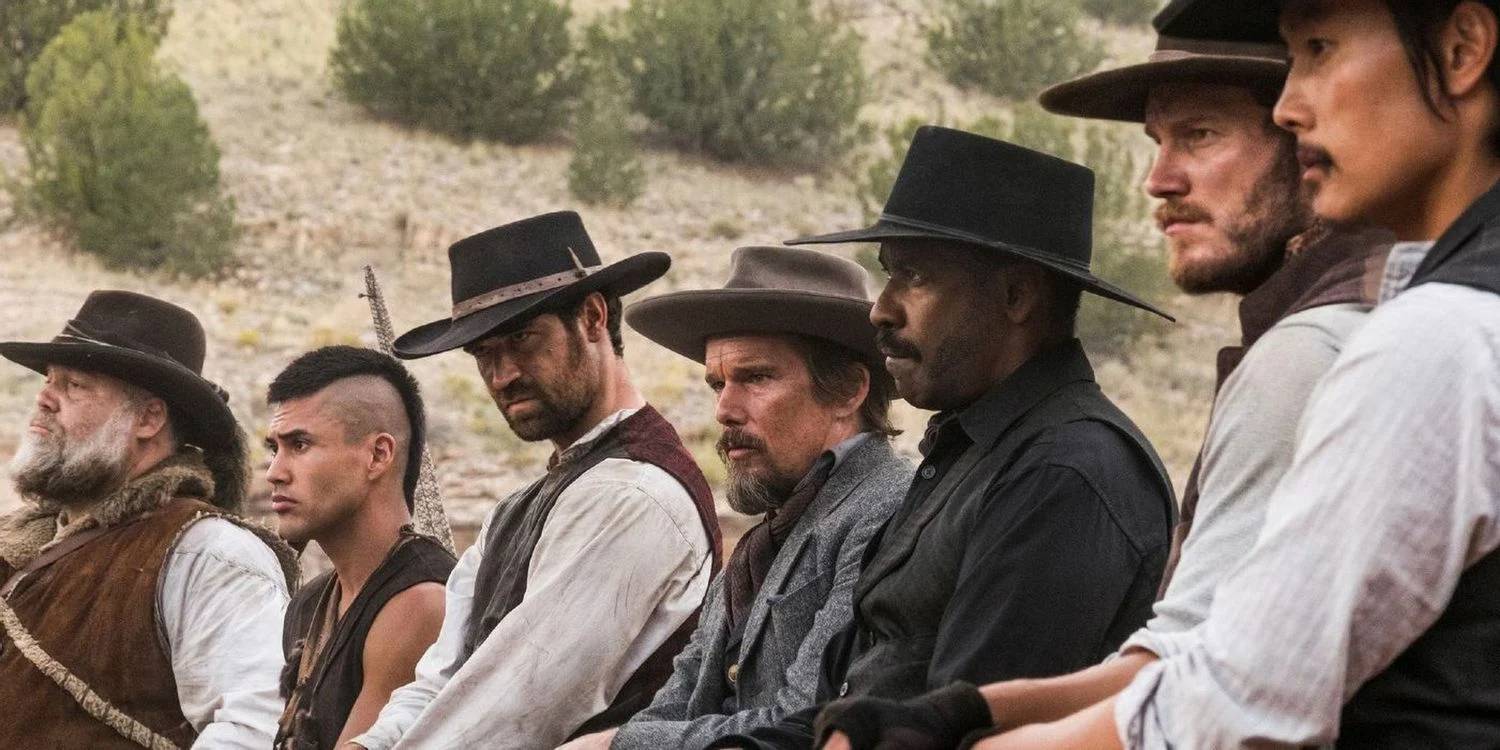 It’s the same narrative that’s been told a thousand times before: downtrodden townsfolk recruit an unlikely band of mercenaries to defend their land from terrible villains. This time, Washington is in charge of a heroic cast that includes Chris Pratt and Ethan Hawke.

It’s difficult to keep the Western genre fresh in the modern era, and while this remake may not satisfy critics, it boasts a compelling cast of characters and a jaw-dropping final fight climax that should satisfy the majority of audiences. 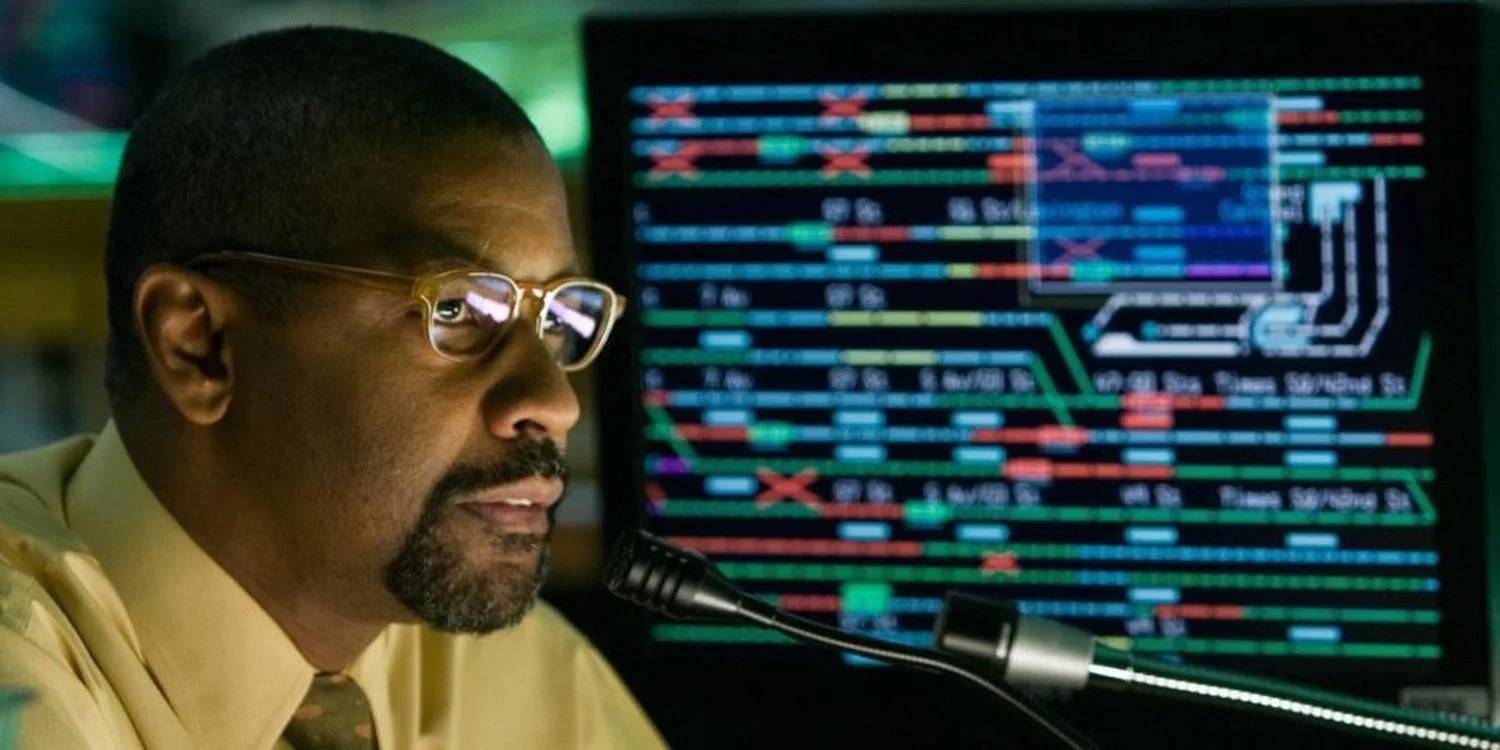 This version contrasts Denzel Washington’s Walter Garber, a New York subway dispatcher, against John Travolta’s Ryder, the leader of a group of hijackers who has taken control of a train full of passengers, in a 21st-century remake of two previous renditions of the same plot. For the life of the hostages, the two engage in a fatal bargain.

The unusual yet engaging interaction between Garber and Ryder is the most enthralling portion of the film, despite its lack of thrills. Travolta is a hilariously over-the-top bad guy. Washington, on the other hand, isn’t the traditional action hero in these flicks, but rather a regular guy with a sad secret that Denzel reveals in a particularly outstanding acting performance. 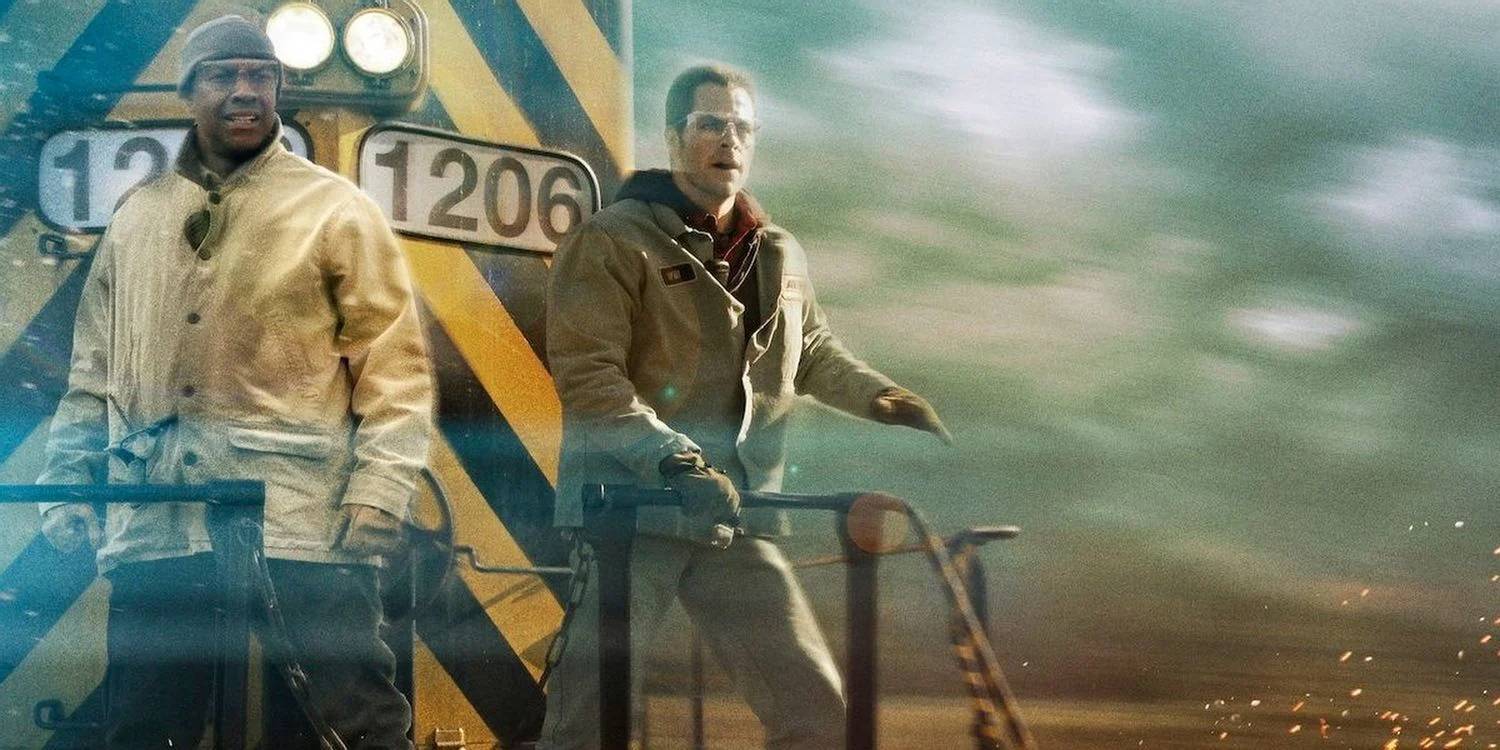 A seasoned Denzel Washington partners up with an up-and-coming Chris Pine in this high-octane blockbuster to stop a runaway freight train before it smashes into a populous area.

Tony Scott’s final picture before his untimely demise, and it ended his long career with a bang that will be felt and heard for years to come. The plot of the film is simple, but sometimes simplicity is best. We’re treated to Washington and Pine connecting and opening up when things quiet down. The suspense builds to a tense level as the film progresses.