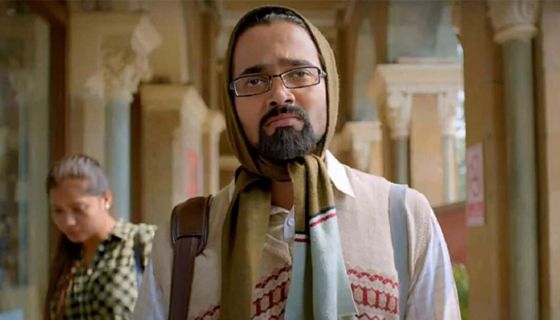 Dhindora is an Indian web series that will premiere on the BB Ki Vines YouTube channel on October 14, 2021. Bhuvan Bam is also the creator and writer of the comedy-drama. The web series is directed by Himank Gaur, and it is produced by Rohit Raj. The songs on the web program are performed by singers Kailash Kher and Rekha Bhardwaj. Finally, in the BB Ki vines online series, Bhuvan Bam portrays nine formidable characters. Furthermore, the amusing story is available in both Hindi and English.

Bhuvan Bam is in the lead and steals the show.

A middle-class family is at the center of the plot. They live a very simple and ordinary existence. When Babloo (the son) wins the jackpot, the situation changes dramatically. Keep an eye out to see what the jackpot means for BB’s family!

The show’s star is Bhuvan Bham. He is very nice and entertaining. It’s a joy to watch him play several roles with such dexterity. When it comes to the concept, story, and writing, all three are intertwined. Furthermore, it essentially depicts the lifestyle of any average Indian household. It makes you laugh out loud and love every part of the Dhindora webseries.

Bhuvan Bam (aka BB ki Vines) is one of the most popular individuals on the Indian internet, for those of you who have been living under a rock and have somehow missed the emergence of the YouTubers. It appears in the ratings for Dhindora, which IMDB lists as the second most popular online show of 2021. Bam is well-known for his hilarious routines and for playing several personalities in his videos. He’s been developing these personas for years, and they’re always popular with the audience. He introduces this universe to Dhindora, starring the same family (Bhuvan, his mother Janki, his father Babloo, as well as Titu Mama, Bancho (that’s his name, cool), Sameer Fuddi, and others) from his sketches. We learn early on that Babloo has won a lottery that would transform his family’s lives forever (and their neighbours, as usually happens when someone wins a lottery). Babloo, on the other hand, has an injury that causes him to lose his memories. However, at that time, everyone’s attention has been drawn to the 11 crores the family is said to have received.

Although the criticism on life and relationships in metro centers is subtle, it contains a wealth of emotion. Dhindora discusses the disintegration of the nuclear family, with individuals having little in common. Bhuvan tries to connect with and empathize with his parents, and over the course of the episode, he learns to appreciate and understand his family’s eccentricities. The concept of the dhindora itself is another major “lesson” imparted by the play. Anup Soni, in his Crime Patrol avatar, tells us towards the end of the film that you shouldn’t brag about things until you’ve truly achieved them.