Stephen Lang hints that a third Don’t Breathe movie may be in the works, despite the fact that the first one already gave away his return. Lang played Norman Nordstrom, also known as The Blind Man, a former U.S. Navy SEAL who developed near-superhuman hearing talents after suffering an injury in the Gulf War. He starred in the first two horror films as the lead actor. The Blind Man fought against three intruders trying to steal the money from his dilapidated Detroit home in the first Don’t Breathe movie, and in the second, he tried to save a young girl he claimed to be his daughter, albeit their relationships are more tenuous.

Stephen Lang recently spoke up to ComingSoon.net about the several sequels he’s worked on over the years while discussing the horror-thriller Old Man. The Blind Man actor talked about how he divides his legendary horror character in his brain when discussing the Don’t Breathe series, hinting at plans to return to him for a Don’t Breathe 3. Check out what Lang said below:

It depends on the role, I suppose. With regard to the follow-ups you mention, Don’t Breathe, I find. You know, it’s not difficult for me to gain access to the Blind Man’s mind. When I’m performing it, when I’m in the Blind Man, it’s a really intriguing place to be, but it’s not somewhere I want to spend a lot of time [laughs]. I thoroughly loved filming Don’t Breathe and Don’t Breathe 2—if that’s the appropriate term, which I suppose it is. I also want to have fun shooting Don’t Breathe 3.

What Could Don’t Breathe 3 Be About? 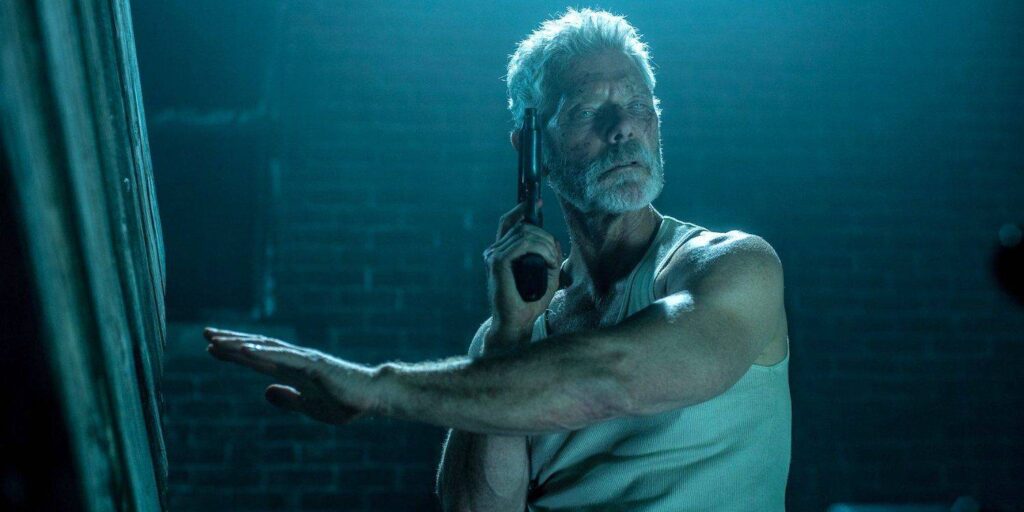 Although a third movie hasn’t been officially announced, this isn’t the first time a franchise member has hinted at a future Don’t Breathe 3 release. Before the release of Don’t Breathe 2, Rodo Sayagues—who co-wrote the original with Fede lvarez of Evil Dead and made his directorial debut with the follow-up—had previously floated the suggestion that another film might be made with Jane Levy’s Rocky making a comeback. This was a plot point that was ostensibly set up at the conclusion of the first Don’t Breathe, when Lang’s character hinted that he would be looking for the lone survivor. The Blind Man had survived his encounter with her and had not mentioned her or the stolen money to the police who had responded to the scene.

The removal of this in Don’t Breathe 2 and the emphasis placed on The Blind Man’s relationship with the young Phoenix—whom he saved from a meth lab explosion and adopted as his daughter—instead startled many. He once more saved her from her difficult parents towards the end of the sequel, who planned to transplant her heart into her mother while she was still conscious, albeit he also appeared to lose his battle with his injuries. The dog The Blind Man adopted later approached what appeared to be his dead body in the Don’t Breathe 2 post-credits scene, but when he reacted to the dog licking his fingers, it became clear that he was still alive.

The question now is whether there is interest in seeing a Don’t Breathe 3 get done, even though The Blind Man might still be alive for another tale. Don’t Breathe 2, which was released in theatres in Summer 2021 almost five years after its predecessor, received generally negative reviews from critics. Many of them criticised The Blind Man as the film’s unlikeable “protagonist,” and the sequel only made a third as much money at the box office as its predecessor, which seems to confirm that there will likely be no more entries in the series. Viewers may watch the first film again on Peacock and the second on Starz while waiting to see if Lang’s Don’t Breathe 3 tease comes true.