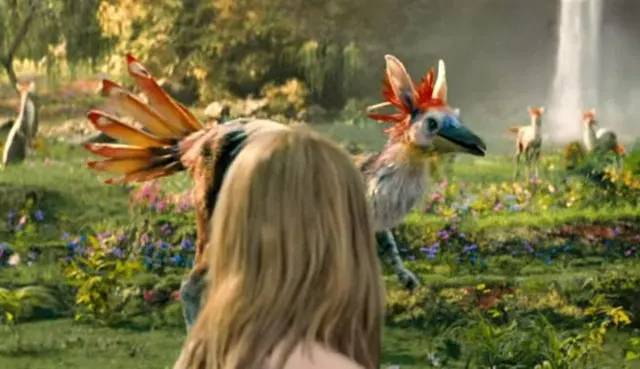 ‘Don’t Look Up,’ directed by Adam McKay, is a thrilling disaster film with dark humor about Dr. Randall Mindy (Leonardo Dicaprio) and Kate Dibiasky (Jennifer Lawrence), two astronomers who fight against all odds to reveal the scientific truth about a planet-killer comet threatening to destroy the Earth. Throughout the Netflix video, science fiction elements such as fantastical comet visuals, impressive warships, and future drones are prominent.

Clippings of the planet’s fauna — from bees to polar bears — are also woven into all the scenes with humans and equipment. The Bronteroc, a magnificent, scary, and colorful beast, appears near the conclusion. Is Bronteroc a genuine bird, then? Is it an extraterrestrial? Let’s have a look. WARNING: SPOILERS AHEAD.

The Bronteroc in ‘Don’t Look Up’ is a fictional bird. So, what exactly is it? Let’s take a look at the circumstances that led up to it being discovered. We watch the tech company BASH’s cryo-chamber-fitted escape ship leave the planet’s atmosphere and fling towards the great darkness of space as the Dibiasky comet destroys the world. During the mid-credits scene, we see the BASH starship stop and launch pods into the atmosphere of a distant planet 22,740 years later.

The pods land soon after, and the Earth survivors emerge nude from cryosleep, blinking in wonder at their new, mossy surroundings. Then we learn that the planet has an even higher oxygen level than Earth did previously. President Orlean and Peter Isherwell, too, are naked and healthy as they go into the sunlit meadow. Peter acknowledges that only 58 percent of the cryo-chambers were successful, but he appears delighted. President Orlean notices a lovely and unique creature walking near the pods as everyone takes in their new surroundings and potential future home.

The President approaches the animal, unsure whether its brightly colored body is covered in scales or feathers. While the others look on, the odd thing approaches her quietly and strikes her. As the bird-like creature bites into President Orlean’s skull and then thrashes her around, clearly killing her, people start shouting and fleeing. Perhaps the President assumed the creature would be peaceful, as she had with most creatures she had encountered on her home world.

“I believe that’s called a Bronteroc,” Peter responds nicely when someone asks in terror, “What is that thing?” Fans will recall that, at President Orlean’s request, Peter tells her that the BASH technology forecasts that she will be eaten by a Bronteroc; however, no one understands what the word means or what the creature could be. BASH’s technology clearly predicted the end of the world because it precisely predicts President Orlean’s death as well as the existence of Bronterocs.

The Bronteroc has four three-toed long legs and two short arms just below its extended neck; yet, while attacking prey, it relies on its beak to do the majority of the damage. With orange head and tail feathers, white rabbit-like ears, yellow neck hackles, and a bluish striped body lined with tiny hairs, the bird-like creature is brightly colorful. The Bronteroc is a science fiction creature that looks like Kevin from ‘Up’ mixed with a classic ‘Jurassic Park’ Spinosaurus as well as a Hippogriff from the ‘Harry Potter’ film franchise.

The Bronteroc is the same height as humans when on all fours. The creature lacks wings and does not appear to fly, therefore it cannot be called a bird in the usual sense. Although it could be a flightless bird, its actions suggest that it is a land carnivore, similar to Earth’s animals or possibly extinct dinosaurs. The cassowary, a dangerous, flightless bird related to the emu, is the closest visual analogue for the alien entity. The survivors are unlikely to be able to examine or classify the Bronterocs because they are clearly meat-eaters who will savagely assault and devour humans.

We observe as a swarm of Bronterocs surrounds the onlookers and attacks them right away. However, it’s probably for the best that the humans be exterminated by the mystery alien species, because the survivors would almost certainly have ended up hunting the Bronterocs for flesh or using their pelts as clothing. As a result of the extraterrestrial bird-like animals, none of the humans on the BASH escape spacecraft survive – their deaths signify the end of the human race.