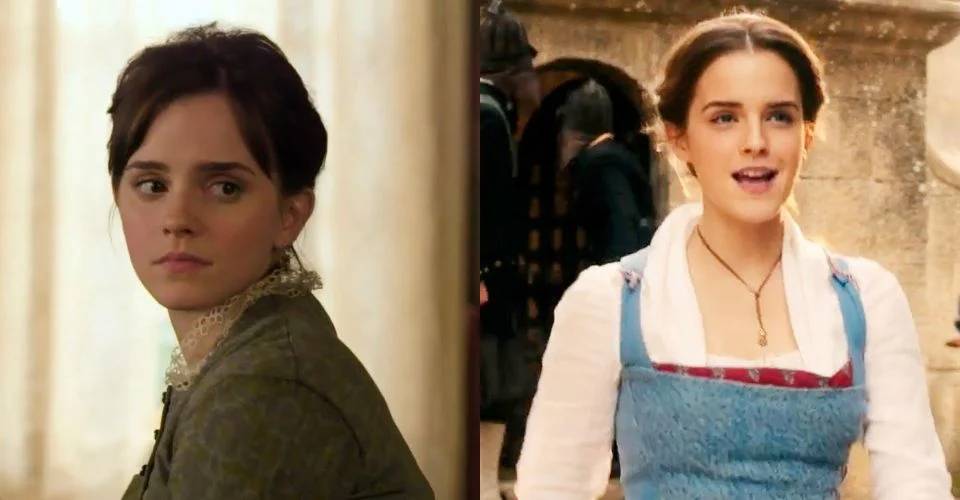 One of the highest-paid actresses in the world, Emma Watson’s acting career has been among the most successful since her debut movie Harry Potter, in which she plays the role of Hermione, one of the main characters and Harry Potter’s closest friends.
As there isn’t any news of upcoming movies starring Watson, it is a great time to take a look at all the other films she has starred in that are not in the Harry Potter franchise. Fans who loved Watson in the Wizarding World are likely to enjoy these other varied performances, as well. 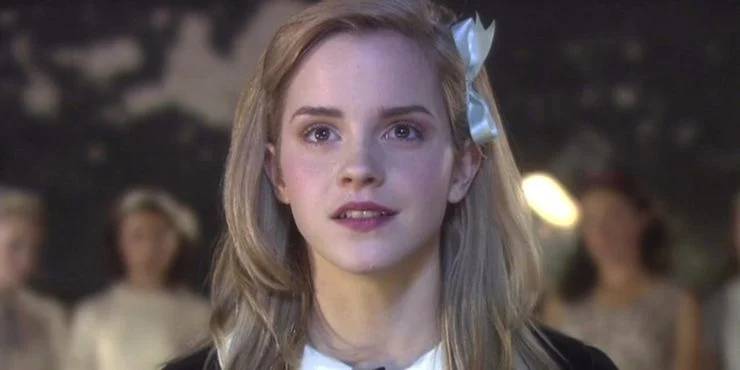 Ballet Shoes is a television film based on Noel Streatfeild’s 1936 novel of the same name, which was adapted by Heidi Thomas. It tells the story of three orphaned girls who are adopted as infants by an eccentric adventurer and struggle to accomplish their lofty aspirations.

Pauline Fossil, the eldest of the orphans, is played by Emma Watson. When Pauline was six years old, her guardian was unable to pay her school fees and she was forced to drop out, but instead, she goes to a dancing school after a recommendation. Due to her talent for acting, she was able to sign a Hollywood contract after countless setbacks.

Beauty And The Beast 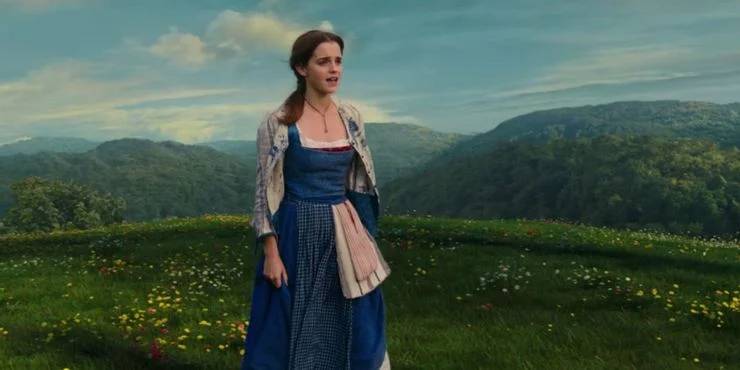 Beauty and the Beast is the second highest-grossing movie that Emma Watson starred in, with a staggering $1.2 billion, which is more than the rest of the movies on this list combined. In the movie, she takes on the role of the film’s protagonist, Belle, who becomes the love interest of Prine Adam/Beast (Dan Stevens), the prince cursed to be a beast due to his selfishness.

Born in Paris and living in the small village Villeneuve after her mother’s death, Belle is an intelligent and good-hearted teenage bookworm looking for a life outside of her hometown. Emma Watson turned down a role in La La Land in order to portray Belle in Beauty and the Beast, claiming that the character resonated with her more. 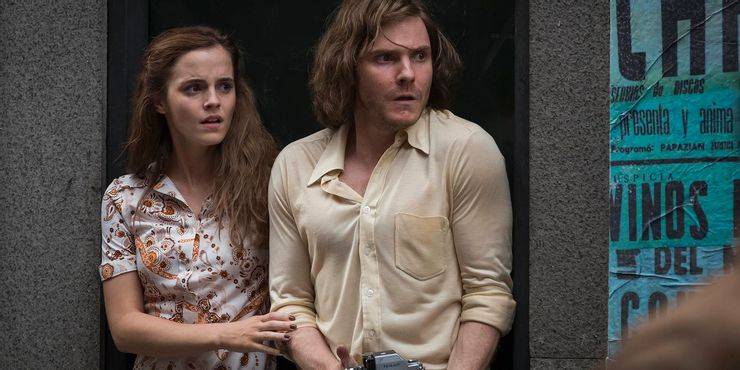 Colonia is a historical thriller set against the backdrop of the 1973 Chilean coup d’etat and “Colonia Dignidad, a cult led by German lay preacher Paul Schäfer in Chile’s south. It tells the story of a courageous stewardess who seeks to save her lover from incarceration during the coup d’etat.

Emma Watson plays Lena, a daring young flight attendant for the airline, Lufthansa, who infiltrates the cult Colonia Dignidad in order to save her boyfriend, Daniel, who is an activist. She eventually succeeds and gains photographic evidence of the cult. The film earned the Best Production prize at the 2016 Bavarian Film Awards. 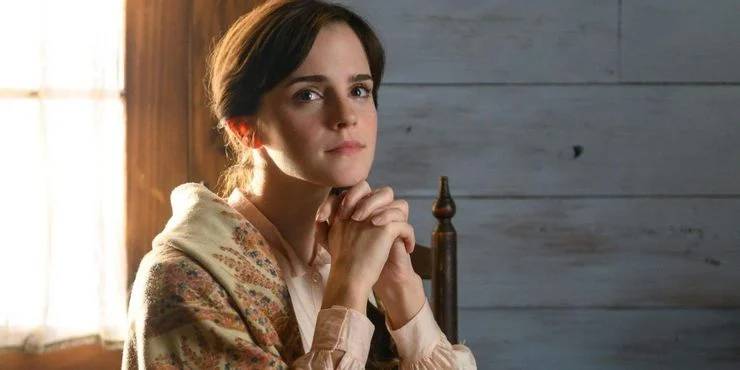 The film Little Women is set in Concord, Massachusetts, during the 19th century and follows the lives of the four March sisters. It is the seventh cinematic version of Louisa May Alcott’s 1868 novel “Little Women” and Emma Watson’s highest-rated movie on Letterboxd, even when including the Harry Potter films.

Emma Watson plays the role of Margaret “Meg” March, the eldest March sister. Meg, as a little child, was drawn to beautiful things and yearned for opulence. However, as she grew older, she realized that genuine worth did not reside in money. She learned to bear being impoverished and to fully appreciate the blessings after marrying John Brooke, her neighbor’s teacher, but not entirely losing her desire for luxury.

My Week With Marilyn 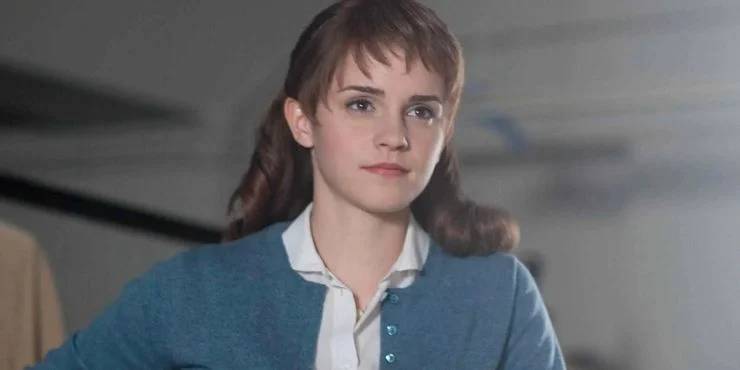 My Week with Marilyn is a drama film based on two books by Colin Clark and it chronicles the filming of the 1957 film, The Prince and the Showgirl, a comedy film that stars Marilyn Monroe and Laurence Olivier. Michelle Williams, Kenneth Branagh, Eddie Redmayne, Dominic Cooper, and a slew of other big names star in the film.

Lucy Armstrong, played by Emma Watson, is a wardrobe assistant who falls in love with one of the characters but breaks up with him later. Her role is rather small compared to the other actors, as she only appears for a few scenes. Nonetheless, she still makes a memorable impression on the viewers. 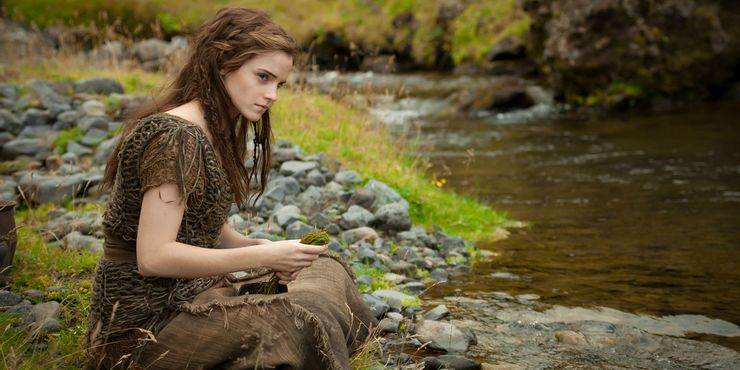 Noah is a biblical epic drama film based on the biblical account of Noah’s Ark found in the books of Genesis and Enoch. When God decides that mankind has gotten too sinful and must be wiped off the face of the Earth, he assigns Noah the task of building an ark large enough to house his family and a breeding pair of each animal to survive the flood he would cause soon.

Ila, an orphan fostered by Noah and his wife Naameh, who is in a romantic connection with Noah’s son, Shem, is played by Emma Watson. She was taken in by the couple after escaping from her assailants. She gave birth to twin girls who were almost killed by Noah but eventually stopped doing so after a violent confrontation with Shem, the twins’ father. 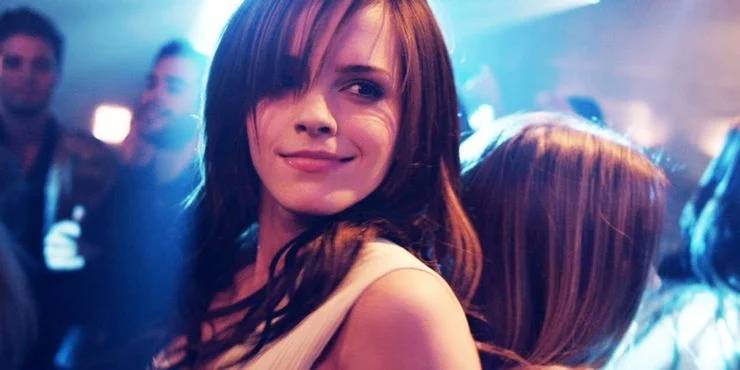 The Bling Ring, a satirical criminal thriller written and directed by Sofia Coppola was released in 2013 and is based on the real-life group the “Bling Ring,” a crime group that reportedly targeted over 50 homes and stole $3 million in cash and belongings, mostly from celebrities.

Emma Watson takes on the role of Nicolette “Nicki” Moore, one of the burglars in the film. The character is based on Alexis Haines, a former television personality who was arrested on the set of the reality show Pretty Wild while the pilot episode was being taped. It is the final work of the film’s cinematographer, Harris Savide, who died during post-production, and the film is dedicated to him.

The Perks Of Being A Wallflower 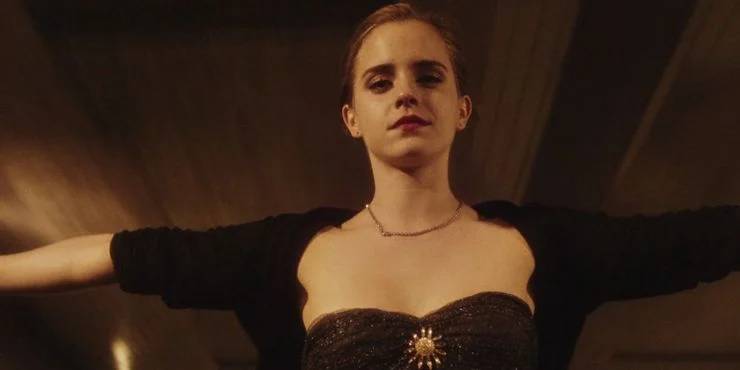 Stephen Chbosky’s The Perks of Being a Wallflower is a 2012 American coming-of-age drama film based on his own 1999 novel of the same name. The story follows a socially shy adolescent named Charlie who is a wallflower and usually on the margins of life until two charismatic classmates become his mentors.
One of the mentors, Samantha “Sam” Button, is played by Emma Watson. Sam is a peculiar, nice, and helpful friend who believes that everything sounds nicer on vinyl. After Sam’s boyfriend cheated on her near the end of the movie, Charlie and Sam had an unofficial romance before Sam went off to college and she was one of the persons who made a positive difference in Charlie’s life.

The Tale Of Despereaux 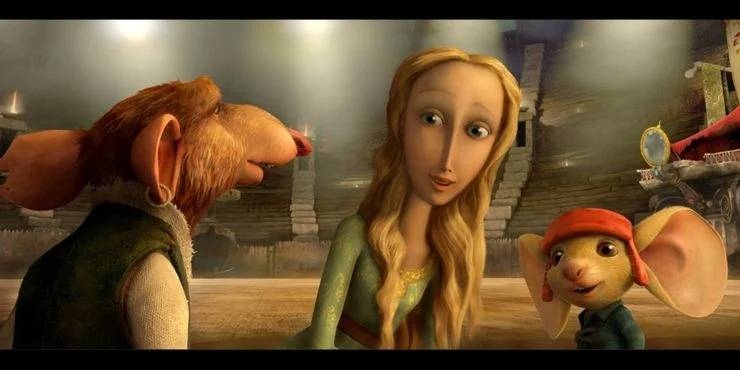 The Tale of Despereaux is a computer-animated adventure fantasy film released in 2008, partly based on Kate DiCamillo’s 2003 novel of the same name. Princess Pea, a human princess who befriends the mouse protagonist Despereaux, is played by Emma Watson. She is the Princess of Dor, the king and queen’s only child.
Princess Pea is a sweet, polite, well-behaved, and elegant young lady, recognized for being affectionate, noble, and intelligent. Despite the film’s dazzling visuals, critics say that The Tale of Despereaux feels repetitive and unimaginative as a plot.

This Is The End 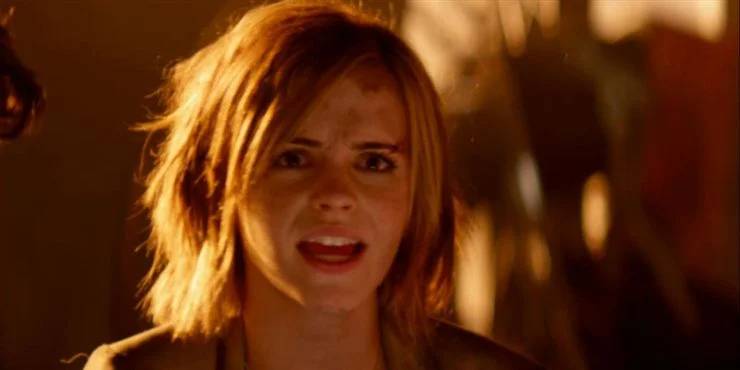 This Is the End is a post-apocalyptic comedy in which the actors portray themselves. It follows the narrative of James Franco throwing a party with six celebrity buddies when an apocalypse strikes outside, trapping the seven of them in Franco’s house with minimal resources.

The majority of the cast members play fictionalized and exaggerated versions of themselves. Emma Watson plays herself, who, following a misunderstanding, takes away all of the gang’s water supply and is never seen again.