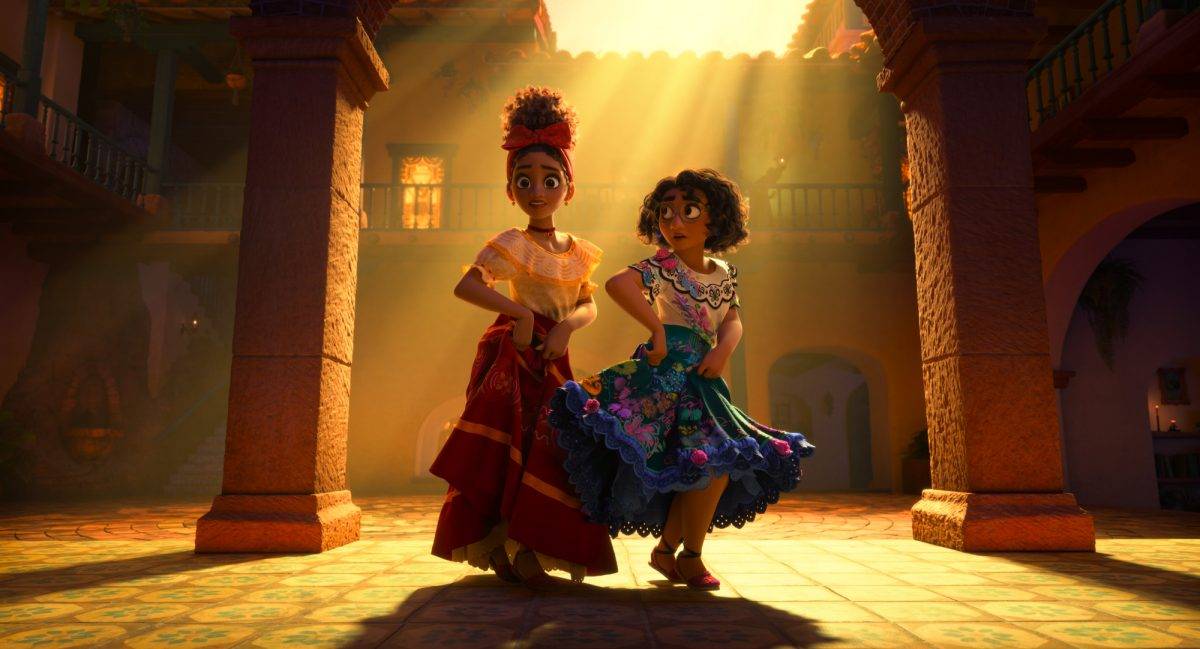 Encanto continues to broaden Disney’s cultural storytelling horizons. Audiences are drawn to the Madrigal family because each member possesses unique abilities and personalities. According to a new idea, Dolores (voiced by Adassa) is the culprit who is to blame for the candle’s loss of enchantment in Encanto.

Mirabel, a Colombian adolescent, is the protagonist of the novel (voiced by Stephanie Beatriz). The Madrigal family has a mystical candle that bestows powers on each member of the family. Mirabel, on the other hand, was the only one who did not receive a present when she turned eighteen. She quickly realizes that her family members’ abilities are waning, and she must figure out how to save them from entirely disappearing.

In Encanto, Dolores is Mirabel’s oldest cousin. She’s a minor character with the ability to hear through walls. However, Mirabel puts herself into difficulty when she overhears Bruno’s vision from Mirabel that the disappearance of the magic could be her responsibility.

‘Encanto’ theory suggests that Dolores is the villain who broke magic


Dolores may be the villain in Encanto, according to the Film Theorists YouTube channel. The facts support her desire for the family’s enchantment to be extinguished.
Related Posts

This idea explains how enhanced hearing appears to be a good gift on paper, but it’s actually making Dolores miserable. Encanto shows several examples of this, including Dolores recoiling in response to pyrotechnics and hearing sounds as minute as her relatives blinking their eyes.

The Film Theorists describes how the human brain’s amygdala, which interprets emotional reactions, operates. Dolores’ extra-sensitive hearing causes her to be overstimulated frequently in Encanto. As a result, she suffers from a constant state of sensory overload.

In Encanto, Dolores chooses to keep a lot of facts hidden from her family. For all those years, she heard Bruno in the walls but opted not to tell anyone. She would also have heard the house shake, but she decides not to defend Mirabel. She “weaponized” Mirabel by telling the family about her secret about Bruno’s vision, knowing how it would tear them apart.

Isabela (voiced by Diane Guerrero) and Mariano have a romance in Encanto (voiced by Maluma). Dolores, on the other hand, has feelings for him. If she removes the magic, she may be able to liberate herself from super hearing and have a chance with Mariano. After all, she clearly dislikes Isabela because of Mariano’s attraction to her.

Finally, The Film Theorists mentions the conclusion, which occurs after the house is rebuilt. After the illusion is gone and Mariano recognizes her, Encanto shows Dolores in a much better state. The final door, however, features a gloomy-looking Dolores as well as the Madrigal family with grins on their faces. She’s the only one in the cast who doesn’t have an upturned mouth.


In most of their storylines, Disney adds a villain arc. As a result, some fans prefer the villains in the stories to the heroes. Despite this, Encanto stands out as a story with no identifiable villain. Rather, it’s a story about family and what it means to accept one another’s peculiarities.

This theory, on the other hand, explains why Dolores from Encanto is the villain. It’s not as direct as most Disney movies, but it’s evident that she has her own agenda. The creators haven’t confirmed the hypothesis, but it has fans excited about the potential that Disney’s newest picture may feature an opponent.