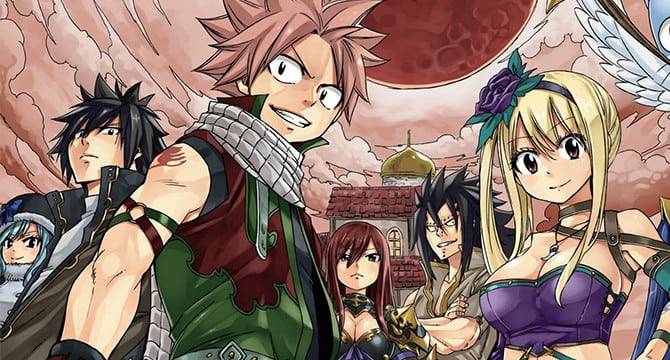 Fairy Tail (also known as Fear Teiru in Japan) is a Japanese fantasy anime television series based on the same-named manga series. The manga series was initially released on August 2, 2006, and the last volume was published 11 years later on July 26, 2017. It was written and illustrated by Hiro Mashima. The manga series was picked up for an anime television series in the middle of its run, and Season 1 of Fairy Tail began aired on October 12, 2009.

You must be wondering if there will be a Fairy Tail Season 10 after nine successful seasons.

In terms of another season, it is self-evident that the show’s ninth season was the final one. Fairy Tail season 10 is, for all intents and purposes, canceled unless the show’s creator, Hiro Mashima, decides to bring it back. However, we are certain that the Fairy Tail manga and its characters will continue to inspire anime films in the future.

Fairy Tail, like a popular anime series, has a fantastic English dub performed by excellent voice actors. Dubbed episodes of the show may be found on Funimation, Crunchyroll, Anime Lab, and Netflix if you wish to watch the English dub.

The events of the show take place in a mythical region called Earth Land, which is home to wizards, several guilds, and all sorts of fascinating creatures, as it is a fantasy anime program. In Earth Land, magic is prevalent, and its residents use it for almost everything, including transportation, utilities, and combat.

The show follows Natsu Dragneel, a dragon slayer who is a member of the Fairy Tail guild, against this backdrop. Natsu begins the series by touring the Kingdom of Fiore in pursuit of his adopted father, Igneel, a dragon. Natsu meets and befriends other like-minded people while on his search for his father. Lucy Heartfilia, a young celestial wizard, is his first companion on the adventure, and Natsu promptly encourages her to join his guild.

Lucy eventually joins a team lead by Natsu and his sidekick Happy, a cat-like creature from the Exceed race. As the program proceeds, Lucy, Natsu, and Happy are joined by more guild members, including Gray Fullbuster, a magical knight named Erza Scarlet, and Wendy Marvell and Carla, a dragon slayer-Exceed duo.

Natsu and his crew of skillful and powerful guild members embark on several epic tasks as the anime unfolds, tracking down criminals, battling illegal dark guilds, and facing ancient demons created by the immortal dark wizard Zeref. After a series of such expeditions, Natsu and his companions eventually meet Zeref, but things quickly spiral out of control for the young heroes when an evil black dragon named Acnologia appears. The team manages to endure Acnologia’s onslaught despite its power and ruthlessness.

Later in the show, Natsu and his companions track down Zeref and attempt to fight him, but Acnologia intervenes once more. Natsu’s long-lost father Igneel, who had locked himself within Natsu’s body, appears at this point to fight Acnologia, but is murdered by the wicked dragon while a powerless Natsu watches.

Natsu and his companions flee to fight another day, devastated and angered by Igneel’s murder, and they begin preparing their vengeance on Acnologia. With both Zeref and Acnologia on the loose and growing in strength by the day, Natsu and his friends must band together, use their wits, and give it their all to rid the earth of their evil.

There are dozens of characters in Fairy Tail, but Natsu and his fellow Fairy Tail members are the show’s main characters. We’ve provided some background information on them below.

Charles, Wendy’s buddy and another Exceed like Happy, shares many of Happy’s abilities. Wendy discovered Charles as an egg in the show, and the two have been inseparable ever since.

Erza is a lovely young woman with long red hair who is also a powerful magical knight and a member of the Fairy Tail guild. Erza may don a variety of magical armour sets and is a formidable opponent in battle thanks to her magical talents. She is also revealed to be rather harsh, reprimanding the other, more juvenile members of the Fairy Tail guild on a regular basis. She is, nevertheless, fiercely loyal to and protective of her friends and guildmates.

Gray is an ice mage who can mould and shape ice to his whim and is a member of the Fairy Tail guild. Gray is a snobbish character that is frequently accused of being an exhibitionist. He has a friendly rivalry with Natsu, and the two are frequently seen fighting each other in an attempt to come out on top and develop their talents.

Happy, Natsu’s partner, is of the Exceed race and has the appearance of a cat. He can, however, speak, develop wings and fly at tremendous speeds, and he can carry one person when doing so. Happy is seen to be incredibly close to Natsu, and when Lucy joins the Fairy Tail guild, he promptly befriends her.

Lucy, a young celestial magician, is the show’s main female heroine. She begins as a self-taught novice mage and meets Natsu along the way. She eventually joins the Fairy Tail guild and joins Natsu’s party at Natsu’s invitation. Lucy is lovely and a confident and seductive woman with a passion for literature who wants to capture her adventures and turn them into a novel. Lucy’s special talents include stellar spirit magic, which allows her to summon spirits from another planet to battle alongside her. These spirits have a wide range of abilities and capabilities, and they are a valuable resource for the Fairy Tail guild on their journeys.

Natsu, the show’s main male protagonist, is a dragon slayer known to the populace as “The Salamander.” Natsu may be unpleasant and arrogant, being carefree, reckless, and continually getting on the nerves of his fellow guild members. He is proven to be a highly devoted and protective friend, willing to go to great measures to protect his guild mates and people he cares about. Natsu also has a natural aptitude to make friends and has been shown to possess exceptionally powerful magical talents that enable him to fight dragons.

Wendy, like Natsu, is a dragon slayer who also possesses the power to manipulate air. She’s also revealed to be a skilled healer, with the ability to treat even the most serious injuries, including those caused by dragons.