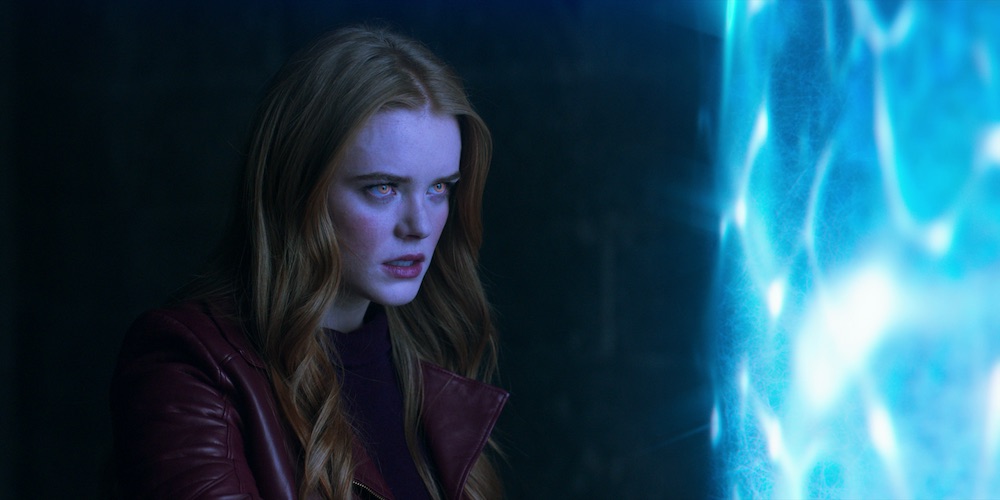 In the fictional setting of “Fate: The Winx Saga” on Netflix, a little girl named Bloom attends the Alfea Fairy School. Despite having a lot of magic potential, Bloom doesn’t realise who she really is or that the coveted Dragon Flame inside her makes her more susceptible to dangers she doesn’t yet know about. Trust is one of the main themes of the series, and Bloom struggles with it frequently. She doesn’t know whom to trust because everyone is fabricating stories about what happened in order to influence her, and it’s all due of her mysterious history. She ultimately makes the decision to plunge headfirst into those murky waters, but it casts a troubling pall over her future. Here is what that important choice ultimately implies for her. Spoilers follow.

Since the events of the first season, a lot has changed. A new dictatorship has taken over, and Rosalind has all the authority, largely because she is more knowledgeable than others. Bloom and her Winx club plan to set free Silva, who is to be sent to the harsh winter wasteland from where no one returns, in an effort to return things to how they were. Around Alfea, strange monsters known as scrapers begin to appear and begin attacking fairies. Rosalind makes a connection between these assaults and the Blood Witches, who appear determined to unlock a portal that could put an end to the Otherworld as we know it.

Bloom struggles with the finding of the Dragon Flame and what it means for her while seeking to learn Rosalind’s secrets and the things that she is keeping to herself. More information about her past is revealed from unexpected sources. She ultimately makes the decision to seek out the truth about herself.

Fate: The Winx Saga Season 2 Ending: Why Does Bloom go to the Realm of Darkness? 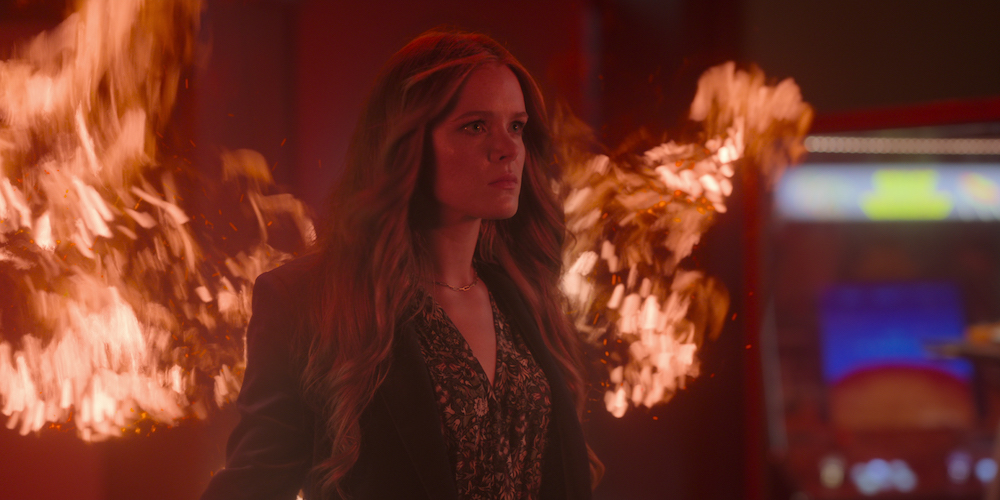 There are several things that drive Bloom, but the most significant one is her desire to learn more about her origins and true identity. Since the beginning, she has struggled to learn the identity of her parents, and everyone who has promised to tell her either passes away before they can or only tells her half-truths that lead nowhere. In the end, Sebastian informs her that her approach to looking for her parents had been incorrect.

Bloom is aware that she possesses the Dragon Flame, which had lain dormant for a millennium. Sebastian explains to her that Bloom herself had been in stasis the entire time, not just the flame. It turns out that although her mother also possessed the Dragon Flame, she began to lose control over it, turning her destructive. She determined that it would be better if she were taken from the earth in order to rescue it and everyone else around her. She placed Bloom in stasis because she knew that Bloom had the fire as well, and then she went to the Realm of Darkness so that no one could find her and she couldn’t harm anybody else.

Sebastian sought to open the Realm’s portal so that he could gain access to an entity known as Shadow and utilise it to bring back to life all of his people, who had perished in Aster Dell. Since it takes a lot of energy to open the portal, Sebastian had been kidnapping fairies and stealing their power. Instead of stealing magic from low-level fairies, he desired the Dragon Flame since it would give him all the magic he needed in one go. He ignored the possibility that dealing with Shadow could endanger the entire planet he lives in since he had his sights set on the prize.

Stella, Terra, and Aisha change into winged fairies to help the Winx team defeat Sebastian in the end. Sebastian had nonetheless been able to gently unlock the door. Bloom determined that since it could be harmful to their planet, she should be the one to shut the door, but she couldn’t do it from the Otherworld. To close the door, she would have to cross across to the Realm of Darkness on the other side. While Bloom’s actions are admirably pure, she also has another motivation for taking the chance of venturing into new, hazardous territory.

Sebastian claimed that when her mother lost control of her Dragon Flame, she also transitioned into the Realm of Darkness. Bloom really must go there now that she is aware of her birth mother’s location. Bloom never planned to discover a different way to seal the door since she needed to see her mother, even if there was one that didn’t involve entering the Realm of Darkness. She is aware that no one has ever told her the complete truth about her parents or her past, and that anyone who has attempted to do so has only succeeded in teasing her or using her as a pawn. She makes the decision to put an end to it, locate her mother, and learn everything she can about her family and the circumstances that led to everything that has happened to her since she was a young child.

Clearly, the Realm of Darkness is not what she had imagined. It resembles her home world considerably rather than being a dark wilderness full of scary monsters. She is aware that danger lurks around every turn, though. The only person she encounters there is a strange woman whom Bloom refers to as “mom,” but whose face is never disclosed to us. There is a significant likelihood that this woman is actually Bloom’s mother given that her mother is the only person known to have visited the Realm. All of that, though, had taken place a millennium earlier, and we don’t know who else entered this area before or after her mother. Bloom has a strong possibility of having located her mother, but she might not yet have all the information she’s been looking for.

What Does Bloom’s Vision Mean?

Bloom is forced to reevaluate the full scope of her abilities just as she begins to believe she has a handle on them after something new challenges her to think otherwise. She receives two visions in the climactic episode, both of which hint at developments in the upcoming season. While she and her crew are debating how to fight Sebastian, she has her first vision. She sees Shadow looking at her, Sebastian opening the portal to the Realm of Darkness, and an unidentified building. The building and Shadow are once more visible in the subsequent vision, but Sebastian has vanished. When Bloom enters the Realm of Darkness in the final scene, everything comes full circle.

Sebastian was able to open the door before Bloom decided to give him the Dragon Flame, according to Bloom’s first vision. This suggests that Bloom presumably got the vision around the same time as Sebastian opened the door. Sebastian is absent from the second vision because he has already passed away, but the building and Shadow are still there. When she locates the building from her dreams and enters via the same entrance she had previously seen, a portion of the vision comes true. She arrives to discover a woman waiting for her instead of Shadow. Bloom thinks that this is her mother, but it wouldn’t be prudent to draw such a hasty conclusion.

When Stella visits Beatrix’s tomb in Otherworld, she lays a flower there in her honour. As she walks away, the shadows emerge from behind her, and Shadow can be seen observing Beatrix’s grave. This suggests that maybe it was able to exit the portal while everyone else was preoccupied. Even if only by an inch, Sebastian appears to have managed to keep the door open without using the Dragon Flame. Shadow managed to squeeze out of it and is now free to roam the Otherworld.

Although Bloom did see Shadow in her vision, it is not necessarily the case that she was peering into the future given her earlier vision. Perhaps she travelled into the past and witnessed another person meeting Shadow, who has since left the Realm of Darkness. When Shadow was inside the building in her vision, it appeared more deserted and forlorn. However, as she enters in, it feels more crowded and as like someone has been residing there for some time. Additionally, there is more light, which excludes the involvement of a shadowy force like Shadow. However, appearances can be deceiving, so maybe this is Shadow’s way of meeting Bloom without terrifying the living daylights out of her. Perhaps its goal is to gain her trust before attempting to seize the Dragon Flame.

Alternately, if Shadow is already present in Otherworld, the woman may very possibly be Bloom’s mother. This would be fantastic news for Bloom, who will finally get to meet one of her parents and perhaps receive some clarification, including concerning her newly discovered capacity to see both the future and the past.

Devil In Ohio True Story : Is The Series Based On An Actual Cult?

Why Does Yoda Have Force Powers No One Else Has? Yoda Powers Explained!