Over the past ten years, antiheroes have become extremely popular. No matter if it’s Walter White on Breaking Bad or Dexter Morgan on Dexter, viewers enjoy supporting bad guys. The problem is that most of the antiheroes we have come to love on television have been guys.

Female characters haven’t historically been written with the same complexity as male characters. They are frequently written with likeability in mind. But every once in a while, a programme will demonstrate that women are capable of being complex beings who commit atrocities just as well as males. 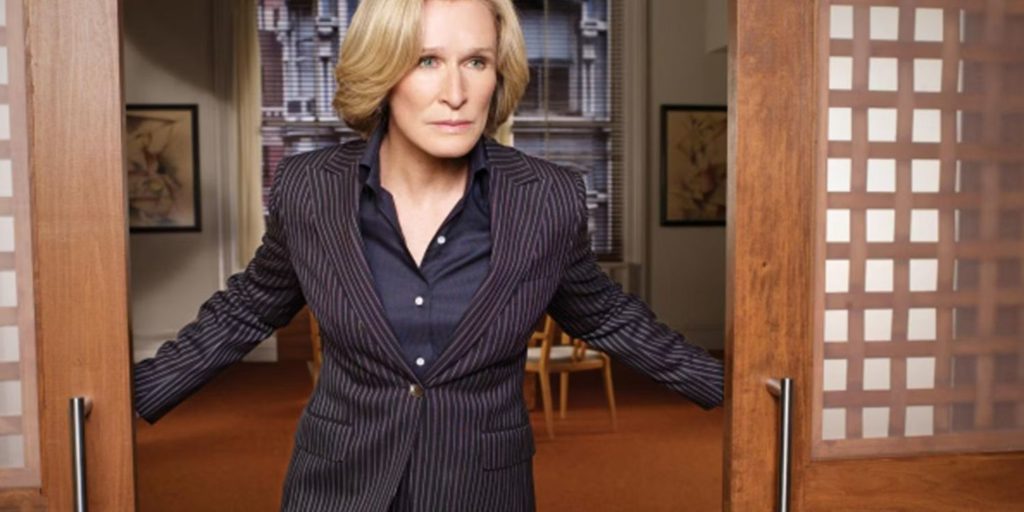 Glenn Close can play either a nice or bad character, and you’ll buy it wholeheartedly. She really is that good. She was therefore the ideal choice for Damages. It is a lawyer’s responsibility to either represent or pursue the case against the other party. That can force you to take actions against your will. Patty Hewes (Close) is prepared to take any action necessary to win the current legal dispute.

She is fully aware of how to take advantage of the law and knows it inside and out. To win a case, she’s prepared to use blackmail, intimidation, and even murder. However, she defends her actions by eliminating criminals. You must decide who is actually worse. 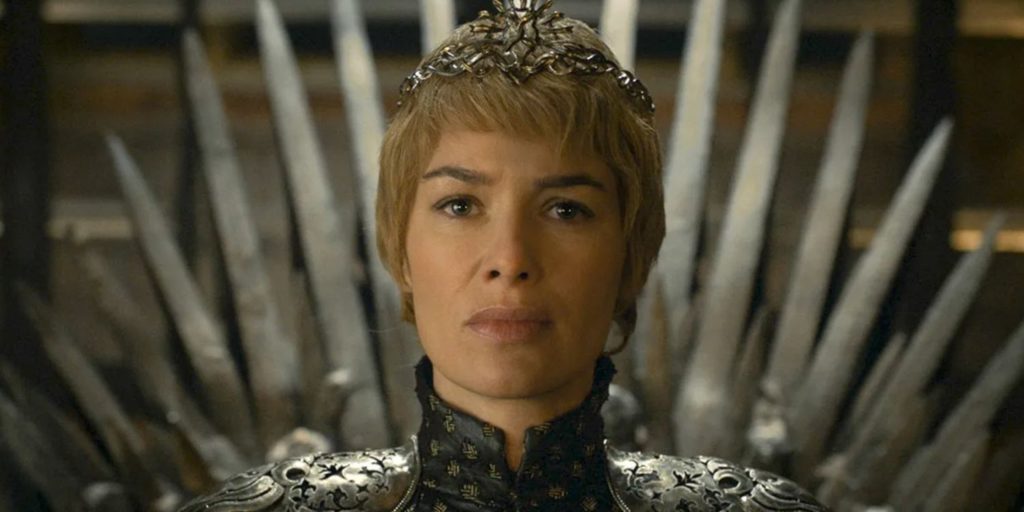 On Game of Thrones, there are numerous characters. Everyone in the show is after power and will stop at nothing to have it. Cersei Lannister is arguably the cruellest person in all of Westeros (Lena Headey). She is unafraid of anyone who gets in her way since she knows what she wants.

Some people might label Cersei as evil. There is undoubtedly some truth to that, but her family is the reason she is an antihero. When it becomes impossible to preserve the Iron Throne for her sons Joffrey and Tommen, she takes it for herself. She holds the throne with an iron fist because her sons ought to have been the ones to hold it. 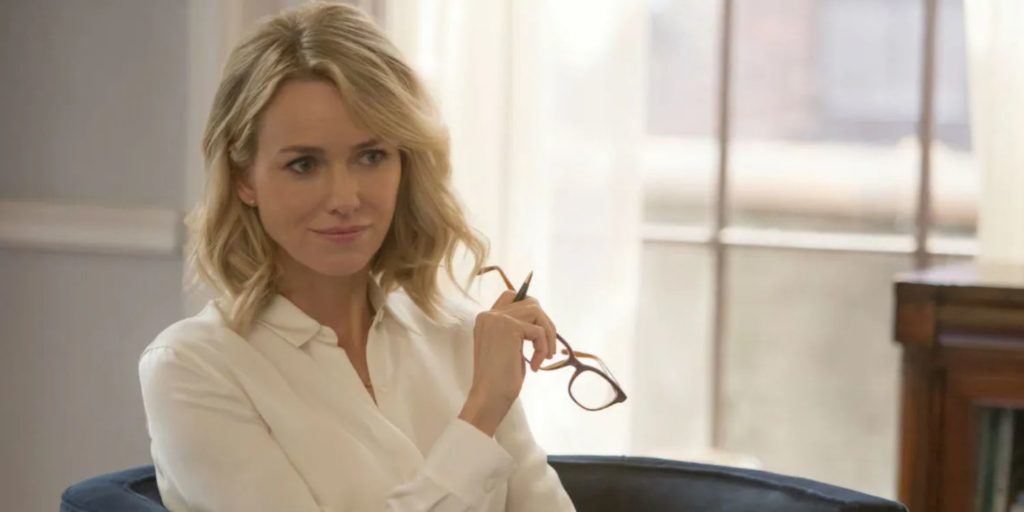 Women are typically shown on television as monogamous individuals who have little to no desire for sex. Gypsy is a programme that recognises women’s need for sex and thrills. Therapist Jean (Naomi Watts) becomes an unhealthy level of involvement in her patients’ lives. It gets to the point where she starts dating an ex-girlfriend of one of her patients.

Being a therapist, Jean is skilled at manipulating the people in her life, but she never takes the time to sit down and reflect on what she is going through. She is too absorbed in her fun to notice the suffering she is causing. We’ll never really know if Jean confronts herself because Gypsy was cancelled after one season. 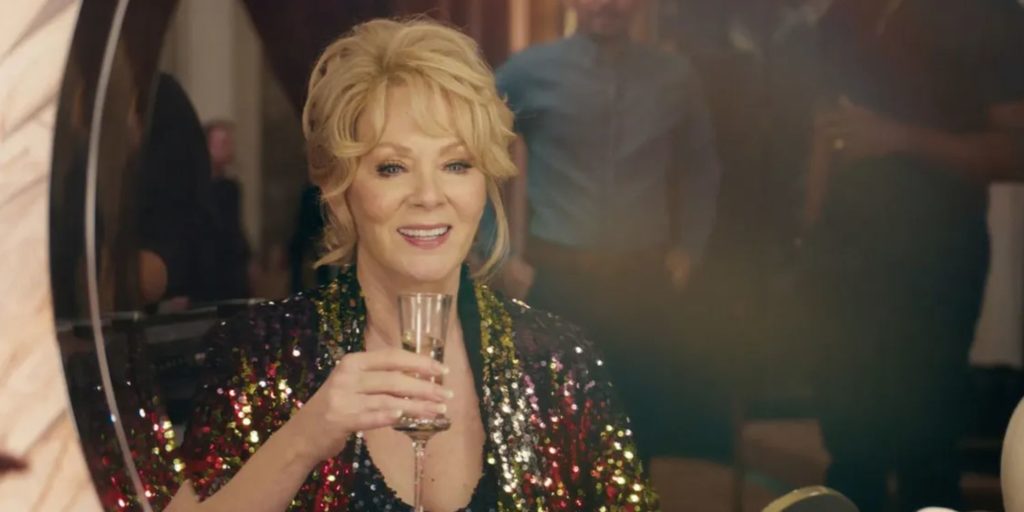 Hacks is not your ordinary antihero television programme. It’s about a comedian who is as cruel as her jokes rather than a criminal. There is no doubt that Deborah Vance (Jean Smart) is an antihero. She is nasty and tough because that is what women have had to become in order to succeed in the entertainment industry. Hacks tries to understand why she is the way she is rather than glorifying her behaviour.

Deborah slowly softens due to her friendship with her writer Ava (Hannah Einbinder). She does so in part because she’s becoming aware of how much the world has changed and in part because she recognises herself in Ava. The television programme Hacks works to make its antihero whole rather than celebrating her suffering. 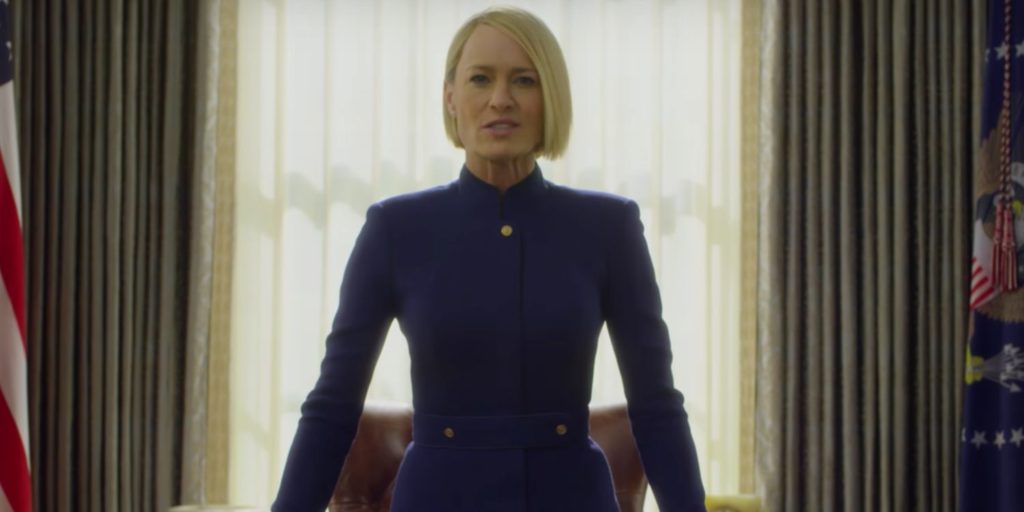 House of Cards is amazing because, despite the fact that the Underwoods are murdering people as they ascend to the presidency, it still seems plausible given how close they are to achieving it. Being the main characters of the programme, Frank (Kevin Spacey) and Claire (Robin Wright) are only seen as antiheroes. Apart from that, they’re fairly terrible individuals.

As her husband wrangles his way higher and higher up the power structure, Claire is a devoted partner. Frank was, however, killed off after Spacey was charged with heinous sexual assault, placing Claire in charge of the programme. Throughout its course, House of Cards had been teasing viewers that Claire is just as unyielding as Frank. Claire persisted in being a character you just love to despise despite the chaos that was the last season. 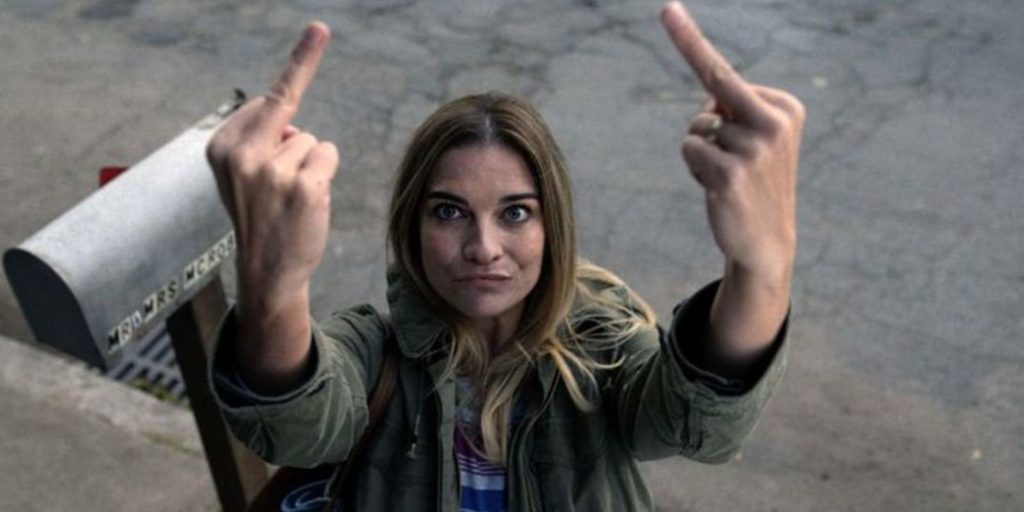 After the first season, the CBS comedy Kevin Can Wait underwent a makeover that saw the death of Kevin’s wife and the introduction of Leah Remini as his new love interest. This show’s careless dismissal of a female character served as the inspiration for AMC’s Kevin Can F**k Himself. Female characters in sitcoms have a long history of being ignored and used carelessly.

The story of Allison (Annie Murphy), who kills her husband in order to reclaim her life, is told in Kevin Can F**k Himself. Her tendency to lean more toward being a hero than a villain is what makes her such a distinctive antihero. She may be planning a murder, but you can’t help but understand why when you observe how Kevin takes over her life. 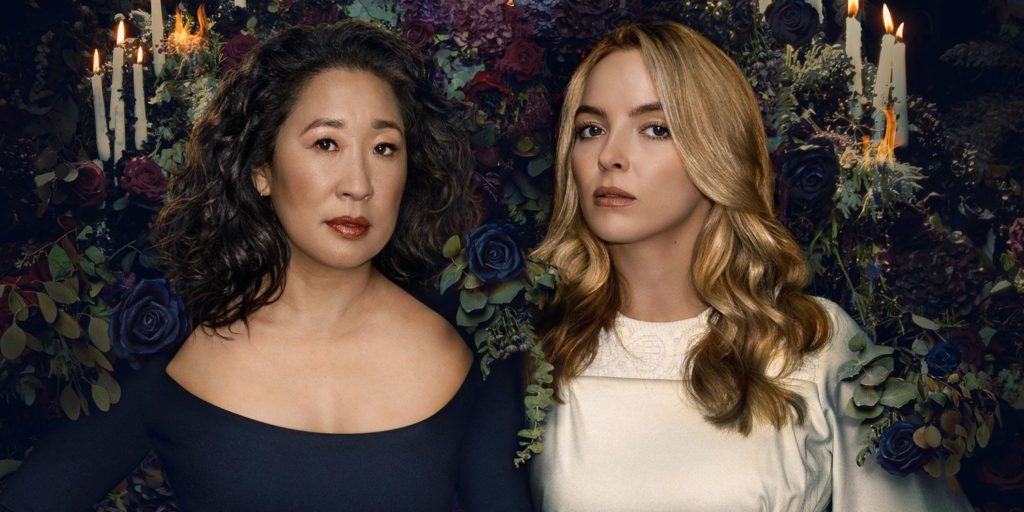 In the novel Killing Eve, a cat and a mouse try to kill each other so frequently that they end up falling in love. The programme centres on Eve (Sandra Oh), a British intelligence agent charged with finding Villanelle, a psychotic assassin (Jodie Comer).

Villanelle is not the type of person you would anticipate to be a cold-blooded killer. She has amazing fashion sense and is charming and humorous. You can tell that she has some redeeming qualities. This contributes to Eve’s obsession with her. Villanelle is the ideal example of a good antihero since she possesses both heroic and villainous traits. 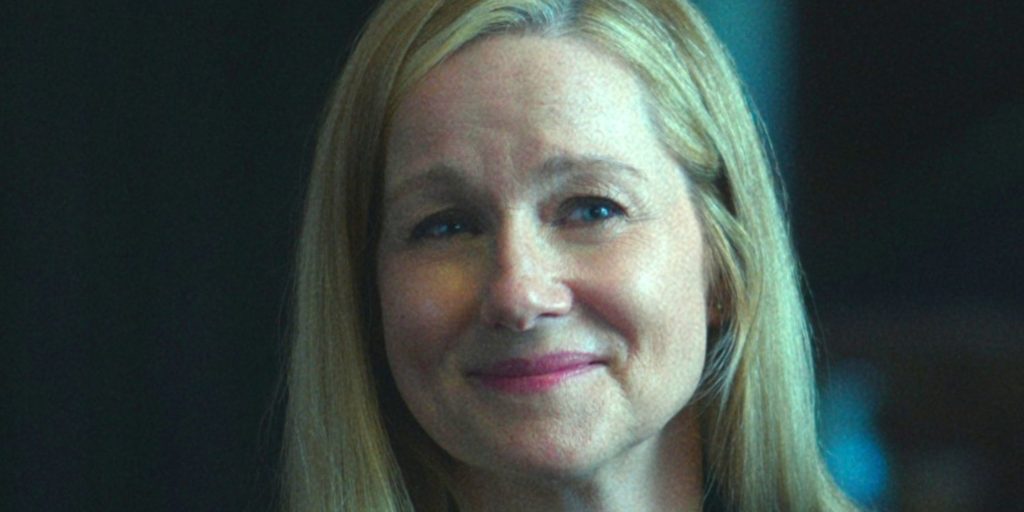 You might initially believe that Ozark is simply Breaking Bad set in Missouri. But Ozark stands out because of its female characters. It is Wendy Byrde (Laura Linney) who most exemplifies an antihero. Wendy gets more involved in money laundering than Marty ever was as she joins her husband’s illicit enterprise.

Wendy, who has experience in politics, employs ruthless strategies to gain advantage, such as threats and blackmail. But Wendy starts to drag her family further and more into the catastrophe they have been trying to escape. You can understand Wendy, which is one of her many talents. Who wouldn’t want to have as much money as possible after all the sacrifices her family has had to make? 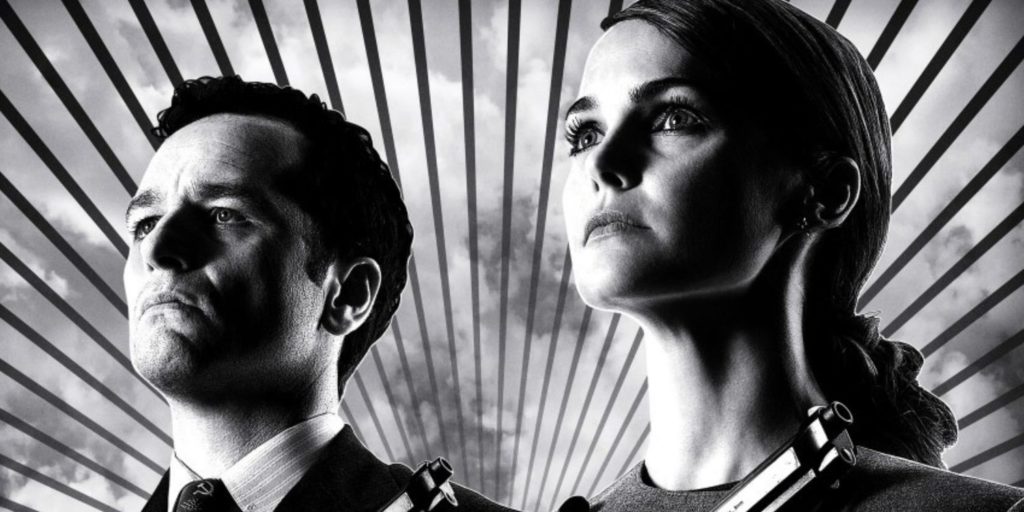 The show The Americans featured the lives of two Soviet agents who had penetrated American society during the Cold War, Elizabeth (Keri Russell) and Phillip (Matthew Rhys). The programme investigates the interactions between their personal and professional relationships.

Prior to being assigned to their mission, Phillip and Elizabeth were not romantically involved. Just recently, they were put together. Connecting with someone you’ve just met is challenging. Elizabeth refuses to forsake her mission while Phillip falls in love with the American dream and becomes fixated on it. She was sent to the U.S. to aid in bringing it down from within, and she intends to accomplish just that. 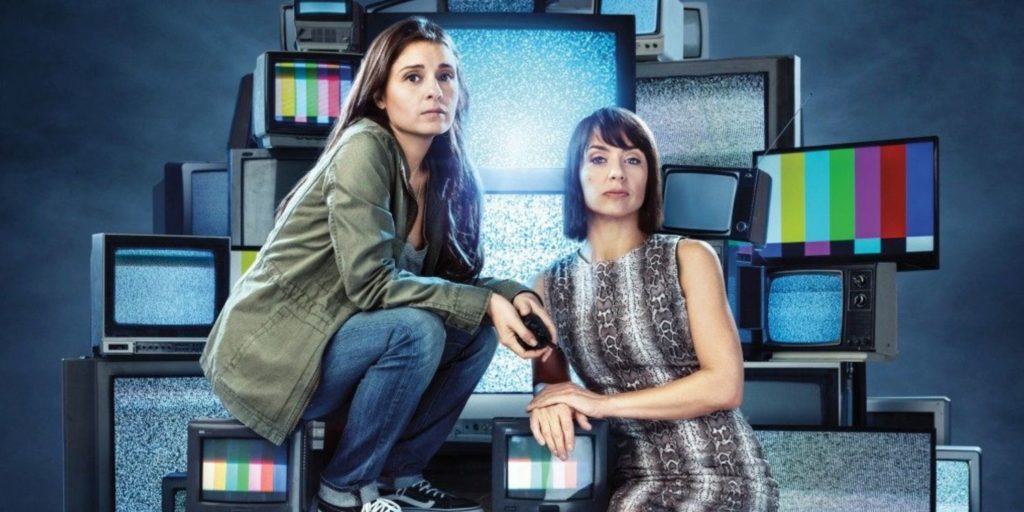 The fact about reality TV is that it doesn’t really differ all that much from scripted TV. The producers’ responsibility is to make sure the story is told clearly. They use considerable manipulation to transform actual individuals into TV characters in order to achieve this. UnREAL is a dramatised look at this world that follows the crew of the Bachelor-like dating programme Everlasting.

UnREAL gets somewhat dark, presenting a side of television that the industry presumably wants to keep hidden, in contrast to most reality TV, which is bright. Sarah Gertrude Shapiro, the co-creator of the programme, worked as a producer on The Bachelor. Quinn, played by Constance Zimmer, demonstrates why she’s one of the show’s most cruel characters. She pushes individuals to the utmost limit while still trying to do her job and produce an engaging episode. It’s a type of torment for the mind.