Cyborg shipwright In one amazing One Piece cosplay from Momocon in Atlanta, Georgia, Franky takes on a life of his own. Franky himself would be impressed by the skill that was used to create and wear this obviously impressive cosplay.

Momocon is a fan convention that takes place in Georgia usually in March or May. It has developed into a mecca for fans of comic books, video games, manga, and anime. Even while Momocon undoubtedly features hundreds of incredible cosplays, Franky from One Piece is unquestionably one of the hardest to recreate. His pauldron-like shoulder spheres are tough to replicate in real life because they are portrayed in the manga as being almost twice as big as Franky’s own body. 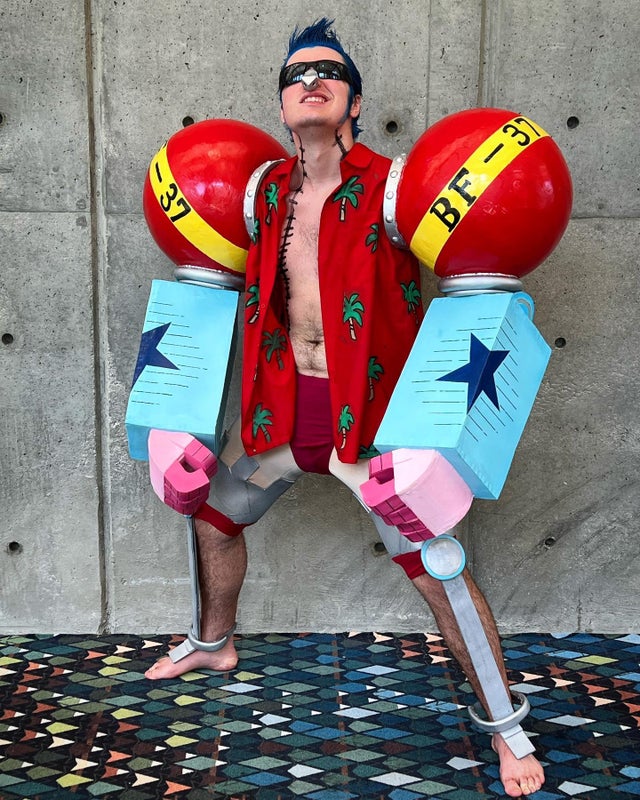 Cosplayer Zionox- posted the aforementioned outfit on Reddit. Despite the intimidating size and mass of Franky, this cosplayer made an effort to replicate it as well as they could. They spared no detail to accurately recreate Franky’s enormous robot limbs, and their costume brilliantly portrays the outrageous aspect of his cyborg form. Franky’s arms aren’t only for show in the One Piece series either. With these strong mechanical limbs, Franky is exceptionally strong, and he also has a set of regular human-sized robot arms inside of them for when dexterity is needed.

Franky’s presence is a genuinely strange outlier among the countless other fanciful beings, even in the One Piece universe. Franky decided to use renowned Dr. Vegapunk’s blueprints during the time gap following the events of Marineford in order to continue drastically altering his body. As the series progresses, it becomes clear that Franky has replaced a lot more of his body than originally believed, including the fight with Senor Pink. Even his eyes have become mechanical lenses. Even Franky’s stomach serves as a refrigerator compartment to hold coke. Franky’s body conceals a variety of weaponry and humorous devices.

The absurdity of Franky’s real-life appearance, with his already tall proportions given enough weight to make strongmen envious, is illustrated by this One Piece costume. Additionally, the cosplayer made sure to include some of Franky’s most recognisable stances, such as his noticeable forearm star pattern. They also made sure to take a picture with Franky’s preferred beverage, an icy cold cola. This costume comes the closest to accurately recreating Franky’s robotic body despite the fact that it contains far too many odd devices and weapons.

Due of his outrageously exaggerated arms, Franky’s anatomy presents a distinct challenge, yet cosplayer Zionox- pulls it off flawlessly. Their cosplay of Franky is just absurd enough to accurately reflect the One Piece spirit.