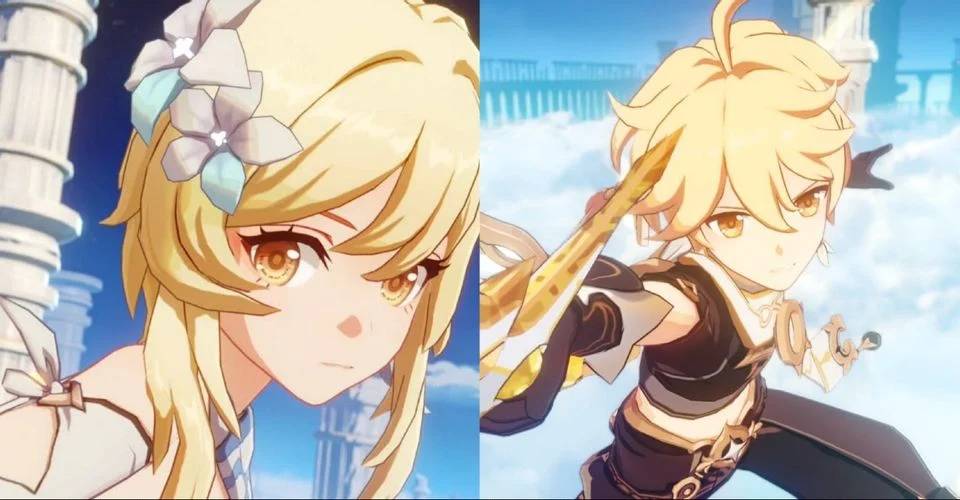 Genshin Impact has a ton of content, ranging from story to co-op to dungeons and more. Everything happens in a nicely designed universe. Aside from battle and exploration, the game boasts a large cast of characters. At the moment, there are 32 playable characters, with more on the way. With so many unique personalities, some players may overlook the Traveler siblings, who started it all.

While Genshin Impact allows players to name their Traveler, they can also choose to follow the game’s lore and preserve the original name of their selected twin. Aether and Lumine are the twins’ default names. Aether is the male twin, and Lumine is the female twin. For those who prefer to stay to the game’s canon, choosing between male and female has no effect on the tale other than how NPCs refer to the twin.

Players view a cutscene depicting the two twins confronting the Unknown God, who some assume is Paimon, the player’s emergency food, at the start of Genshin Impact. Players must choose between the female and male twins throughout this battle. Before being plunged into the strange land of Teyvat, players can name their twin whatever they choose. 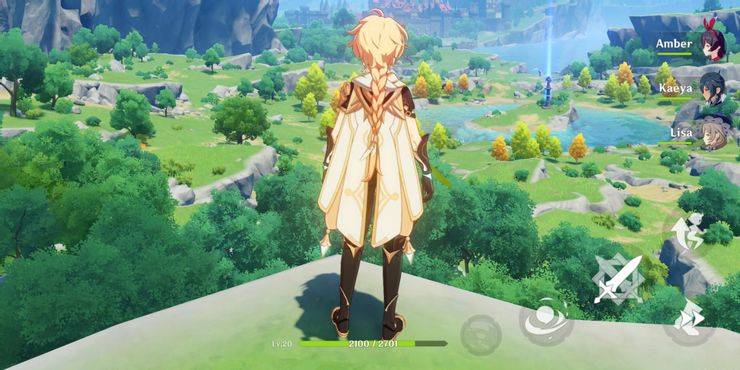 As players advance through the story of Genshin Impact as their chosen twin, the world will open up into an epic adventure as the Traveler searches for their missing sibling in the vast unknown realm to which they’ve been transported. Players can employ the Traveler to help solve problems in the cities they’ve discovered, such as Mondstadt and Liyue, which will trigger a cutscene in which the Traveler’s twin is shown working with the Abyss Order.

It’s still unclear if the second twin is working with the Abyss Order voluntarily or under their influence, so players will have to wait and see how that tale unfolds as additional updates are revealed. Meanwhile, the Traveler and his companions will travel the regions of Teyvat in search of any information regarding the missing twin. Unfortunately, when more characters are added to the roster later in the game, the Traveler’s use begins to dwindle. Despite the Traveler’s unique capacity to absorb and change the element they’re utilizing, they can only use Anemo (Air) and Geo (Earth) at the moment; other characters who specialize in those elements are far more qualified for a seat on the four-person squad. While Aether and Lumine may appear in plot segments, many players will not see them in action while they level up other characters and increase their Adventure Rank.

In Genshin Affect, Aether and Lumine are two sides of the same coin who have minimal impact on how the story is told outside of their different genders. The twins have canon names for those who wish to follow the lore, but players can choose their own unique names or stick with the ones provided.