Ghost Gloveworts might be difficult to locate in the Lands Between. It’s possible that you’ll believe you’ve found the right Glovewort after searching for a while just to discover it’s another sub-5 Glovewort.

Elden Ring makes sure that nothing comes to you “on a golden platter,” and finding these flashy flora is no exception. Ghost Glovewort 8s can be found in a variety of places, although they are more common in dangerous regions as you get closer to the late game. Before setting out on your mission to enhance your spirit ashes, make sure you are properly prepared. 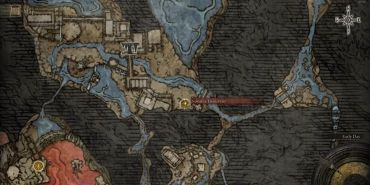 The Nokstella River in the Nokstella Eternal City is the first location where you can encounter Ghost Glovewort 8. In order to go there, you must follow Ranni The Witch’s questline. The Silver Tear NPCs, which have the appearance of metallic blobs, are located in a small valley to the west of the Nokstella, Eternal City Site of Grace. 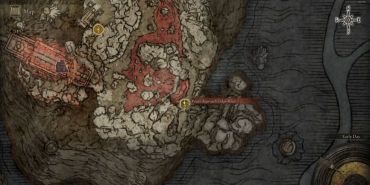 The next location to discover this unique plant is Mohgwyn Palace, namely in the blood pool adjacent to the enormous bird. In order to farm the big bird’s runes, you must first fast travel to the Palace Approach Ledge-Road Site of Grace. Do not worry if you have not yet unlocked this place. Using this tutorial, you can unlock this region in two distinct ways.

Once there, summon Torrent and move north toward the big rock formation. To get to the platform where the enormous bird resides, you’ll need to perform some Torrent parkour along the edge of the rocks. Once you’re there, move west along the edge until you come to the trees, where you may find the Ghost Glovewort 8.

Return to the Site of Grace quickly, then proceed to the next site by travelling north. This time, instead of pausing to descend with Torrent, keep walking straight until you reach the enormous cavern filled with bloody pools. There are two minor cave entrances on your right as you continue north. The second cave opening on your right is where you can view the shimmering Ghost Glovewort. 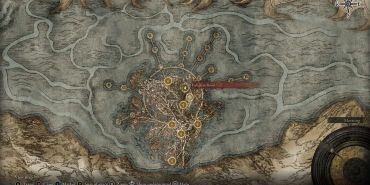 Near the Haligtree Roots Site of Grace is where players can locate Ghost Glovewort 8 and the Ghost-Glovewort Picker’s Bell Bearing [3], which enables them to buy an endless supply of Ghost Glovewort 8 from the Twin Maiden Husks at the Roundtable. You have probably returned to this location 100 times if you have battled Malenia, Blade of Miquella. You can use this guide to get there if you haven’t already.

Make your way to the Elphael cemetery from the Site of Grace. Turn around, go up in the elevator, and go straight until you reach the door to the outside. After leaving, turn left and proceed down the trail. The last Ghost Glovewort 8 is located at the base of a tombstone at the base of a tree on your left as you approach the path’s end.

But don’t stop there—you can soon have unlimited access to Ghost Glovewort 8! Up until the very end of the path, keep going. The Ghost-Glovewort Picker’s Bell Bearing [3] is located near a group of grave markers. You can buy as many Ghost Glovewort 8s as you like by bringing this Bell Bearing to the Twin Maiden Husks at the Roundtable.