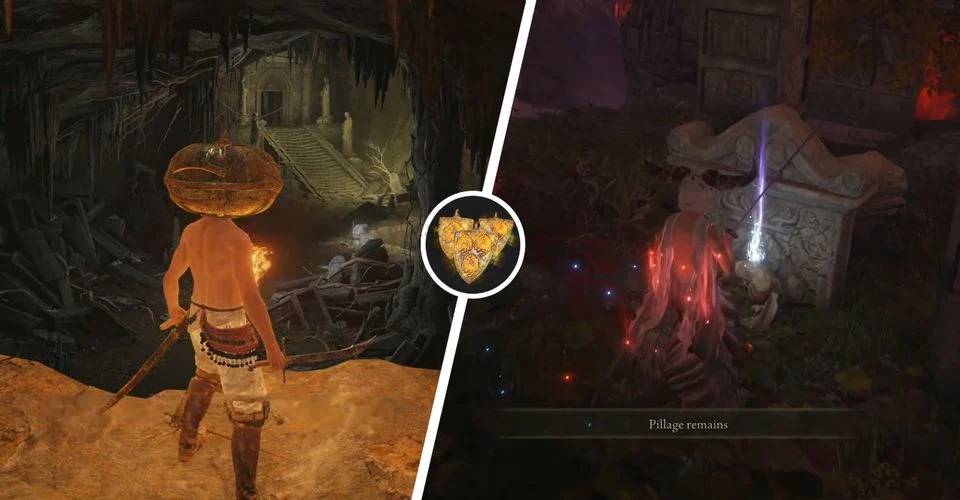 In Elden Ring, the Haligdrake Talisman and its two enhanced versions raise the resistance of Tarnished adventurers against Holy damage. This specialist defense is useful in certain PvP situations and while facing particular creatures. The Haligdrake Talismans can also be quite helpful while fighting the game’s final bosses because several of their attacks can deliver a ton of Holy Damage in Elden Ring.

The Haligdrake Talisman’s base effect lessens holy attack damage by 13%. The tri-dragon Haligdrake Talisman +2 gives 20% in holy damage reduction, while the +1 form will negate 17%. The first is located in a cave in Limgrave and can be found right at the beginning of a journey. The second is hidden between two Illusory Walls and buried deep within the Leyndell catacombs. The third, which is located in the blood-red swamp outside the Dynasty Mausoleum in Mohgwyn Palace, is similarly easier to locate than the +1 form.

From The First Step Site of Grace in Limgrave, travel southeast to the isolated beach close to the Seaside Ruins to obtain the Haligdrake Talisman in Elden Ring. The platforms formed into a pillared arch can be reached by walking close to the southern cliff edge from the Seaside Ruins Grace point. When you get to the bottom beach, turn northwest to locate a secret cave entrance. The little cavern is made up of just one tunnel that leads to a ledge where a corpse clutching the Talisman is lootable. The entrance to the Cave of Knowledge is visible ahead for seasoned explorers to see. 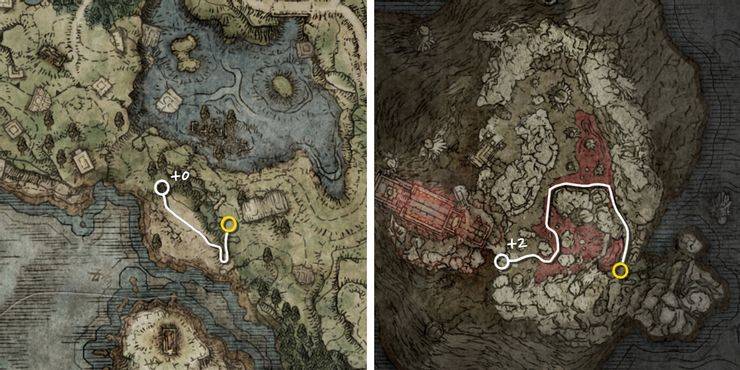 The Leyndell Catacombs, which are reached via the Subterranean Shunning-Grounds, contain the Haligdrake Talisman +1. Dropping down the well near the Avenue Balcony will allow you to access this place. Elden Ring’s twisting tunnels and labyrinthine passageways, however, are a real challenge to negotiate. Travelers who are simply exploring the tombs to get the Talisman are therefore encouraged to look for the +2 version instead. By taking the lift southeast from the Leyndell Catacombs Site of Grace, those who don’t mind the perilous adventure can find the Haligdrake Talisman +1. Strike the wall adjacent to the staircase in the room with the three phantom crossbowmen to discover a secret alcove. Attack the inside left wall to further reveal the Talisman’s hiding place, which is protected by a Lesser Spirit-caller Snail.

The Mohgwyn Palace, which is reachable via the Sending Gate at the western cliffs of the Consecrated Snowfield or by completing White-Faced Varré’s questline, is where you can find the +2 version of the Haligdrake Talisman in Elden Ring. Follow the trail into the marsh as you leave Palace Approach Ledge-Road. Take the first left, then make a second left. Aim for the little cemetery close to the ledge in the southwest while keeping an eye out for the neighboring Giant Crow. Tarnished can find the Haligdrake Talisman +2 on a body lying against a tombstone.