After witnessing the 1991 thriller masterpiece “The Silence of the Lambs” by Jonathan Demme, you’ll never look at fava beans and Chianti in the same way again. Based on Thomas Harris’ 1988 novel of the same name, the movie stars Anthony Hopkins as the eponymous Dr. Hannibal “The Cannibal” Lecter, a fictitious forensic psychiatrist who has horrified and fascinated audiences for three decades. The first time Dr. Lecter appeared was in Thomas Harris’ 1981 book “Red Dragon,” which was made into the closely related 2002 film “The Silence of the Lambs.” Anthony Hopkins reprises his role as Hannibal Lecter in the movie, and Edward Norton plays Will Graham, a former FBI agent entrusted with helping Lecter find the horrifying “Tooth Fairy Killer” (played by Ralph Fiennes).

Michael Mann’s 1986 film “Manhunter,” in which Brian Cox’s Lecter makes his first debut on screen, is another example of a “Red Dragon” adaption. Hannibal and Hannibal Rising are two other movies about Hannibal Lecter.

One of literature’s most dreaded, complex, and interesting cannibalistic serial killers, Hannibal Lecter, is a notoriously adored monster. How did he grow to be so evil? Not all villains are cunning from birth. Despite being born to great parents and having a rich upbringing, Lecter suffered a more than unfortunate and unsettling occurrence as a child that would shape him into the dementedly charming and suave mastermind that plagues our psyches.

A master of medicine…and so much more 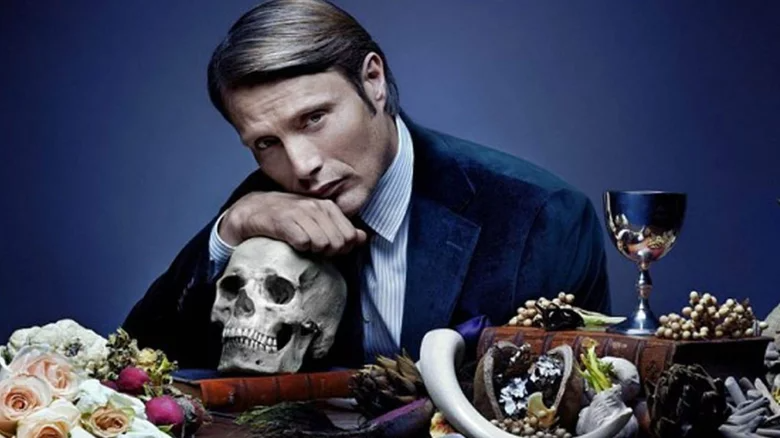 In addition to having an IQ above genius level and being an expert manipulator, Hannibal Lecter also pursued medical school and finally began working as a psychiatrist. His intense interest in human anatomy contributes to his delicious enjoyment of eating vital organs and body parts. To see what would happen, Lecter cruelly used his influence to persuade his helpless patients to commit horrific atrocities. Dr. Hannibal Lecter is portrayed to perfection by Mads Mikkelsen in the NBC television series Hannibal, using his brains and vast medical expertise more for evil than for good.

According to Latin Times, the real-life serial killer Alfredo Ball Trevio (also known as Dr. Salazar), a Mexican doctor who horrifically mutilated his lover in the 1960s, served as the basis for the character of Hannibal Lecter. Author Thomas Harris used his own encounter with Dr. Trevio as inspiration for some of the physical and psychological characteristics that would later come to define the notorious cannibalistic serial murderer known as Hannibal Lecter. Harris realised that even the most heinous individuals aren’t always awful and that people are inexplicably complex by nature.

Hannibal Lecter is the most unique villain to ever exist 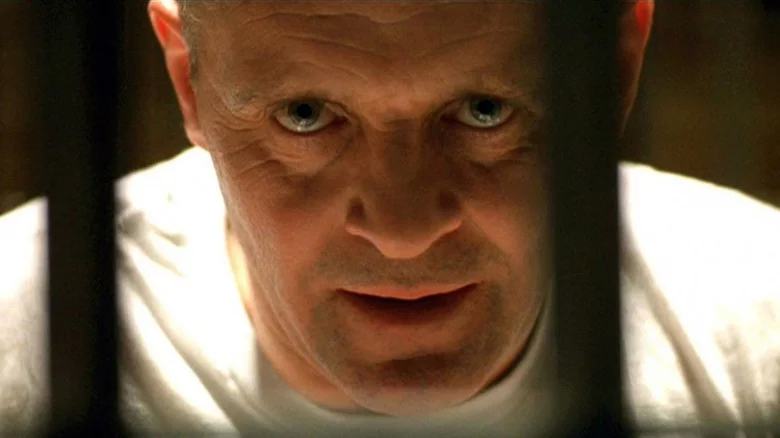 Lecter’s desperate fall into cannibalism and murder is brought on by his traumatic past. As described in Harris’ book “Hannibal Rising” and the 2007 movie version, Lecter never felt connected to anyone but his sister, whom he adored. He became more inclined to murder after a tragedy involving his sister.

Lecter’s parents were brutally murdered in front of him as a child by a bunch of Nazis, and as a result, he was made to consume a stew that included leftover pieces of his sister, Mischa. Lecter took revenge on the murderers by eating them since Mischa was one of the few people he cared about. In addition to his heinous actions, Lecter is also twisted and selfish in the way he manipulates others for his own gain. His lifeless, piercing blue eyes discreetly scream: “I know you better than you know yourself,” and he is cunningly educated and knowledgeable about a wide range of topics. We don’t know what will make you shudder if that doesn’t.

Hannibal Lecter is one of the most compelling and fully realised fictional characters to have ever graced the page or the screen, and he will stay in your mind forever. And he likes it just that way.

Red Dragon reveals a lot more about Lecter’s past 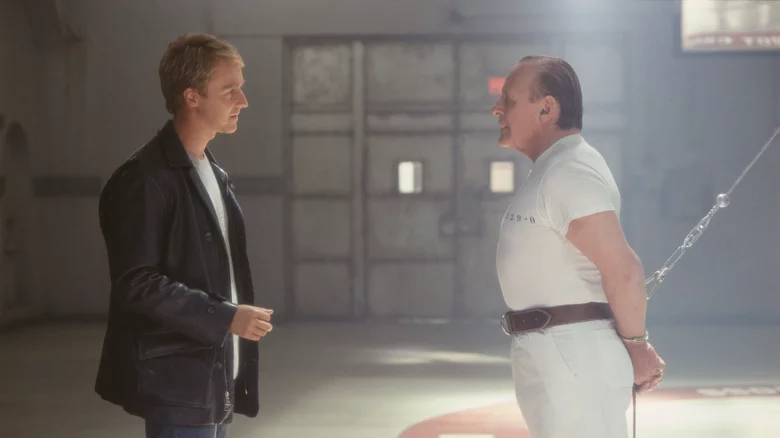 Despite not being as popular as “The Silence of the Lambs,” director Brett Ratner’s eerie and sophisticated crime thriller prequel “Red Dragon” is still a disturbing and fascinating psychological exploration of Hannibal Lecter’s transformation from man to monster. The serial killer Francis Dolarhyde (also known as the “Tooth Fairy Killer”) is portrayed in the film more accurately than in Harris’ novel, albeit Lecter is given more of the spotlight than he was in Mann’s “Manhunter” and Harris’ novel.

Lecter is the perfect living, breathing vehicle for representing evil because of his unsettling propensity to robotically control his body and behaviour. How can someone who is so calculated and cold inspire such warmth? That is what distinguishes Lecter as one of the most intriguing (and dangerous) serial killers ever depicted, thanks to Hopkins’ outstanding portrayal. Despite the fact that he is a deranged killer who relishes dining on human flesh, he weaves the viewer into his world to the point where it almost feels as though they don’t want to leave. Lecter has a peculiar talent for having spectators feel sorry for him despite being an unspeakably terrible person.

Agent Graham sees Lecter at the Boston State Forensic Hospital in an early scene from “Red Dragon.” Dr. Frederick Chilton (Anthony Heald), the hospital’s haughty chief administrator, strikes up a chat with Graham when he is there and informs him that Lecter is “impenetrable to psychological testing.” Lecter is too smart to allow anyone to enter his thoughts, and just like he did with Clarice Starling, he also subjected Graham to his razor-sharp observations about him. 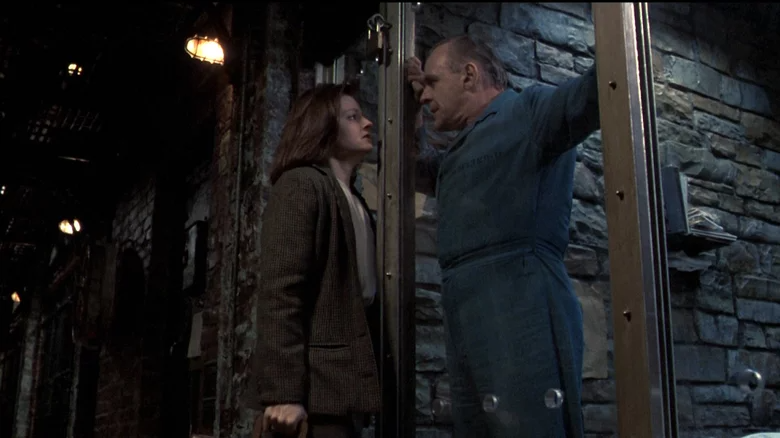 The most well-known appearance of Dr. Hannibal Lecter is in the cult classic “The Silence of the Lambs,” where he co-stars with Jodie Foster as the brash and astute FBI trainee Clarice Starling. Lecter is already incarcerated in a mental facility for his cannibalistic atrocities before the movie begins. Working with Lecter, Starling learns how to apprehend Buffalo Bill, a psychotic serial killer. Lecter is a sophisticated psychopath, but Starling is drawn to him because she sees him as a person rather than merely a heinous murderer because of his eerie vulnerability.

Lecter’s control over Starling is one way in which his wicked nature is made clear. Because he is aware that he can get away with it, he asserts his robust dominance by acting inappropriately against Starling. Every action and statement he makes is intended to bolster his ego, but Starling is too perceptive to fall for his power trip (yet, she does anyway to get what she wants). In an interview with Jodie Foster for NPR, she learns that Lecter is more complex than your typical bad guy thanks to the sympathy he shows to Starling. Lecter and Starling forge an unspoken trust because they are aware of each other’s differences. Lecter is a wounded lamb on the inside, but he wears a wolf’s mask on the outside.

By showcasing his intellectual prowess, old man Lecter hooks Starling (and his victims) in his web yet again. Lecter is a more effective villain because of his extensive understanding of the fine arts, culture, and, um, good food. Lecter revels in the art of torturing individuals who are mentally inferior and takes great pleasure in eviscerating victims.