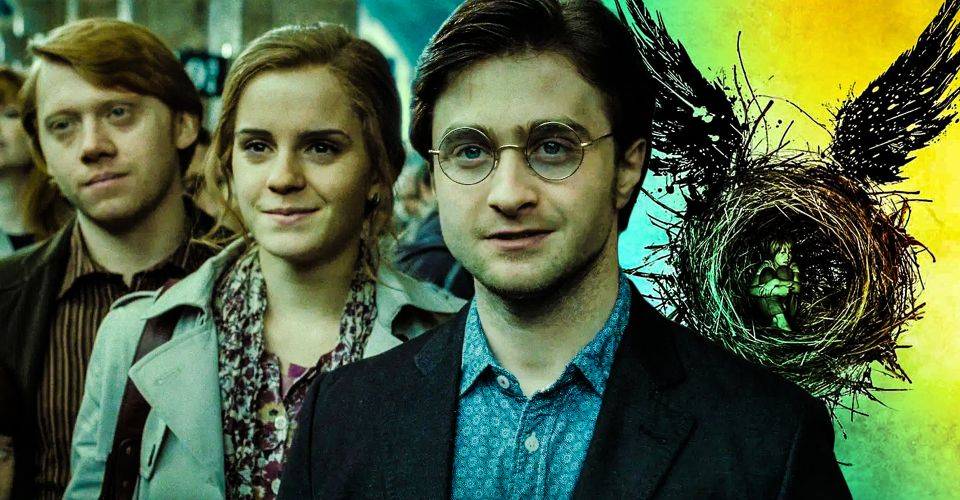 Director Chris Columbus has expressed interest in adapting the stage play Harry Potter and the Cursed Child into a film to continue the Harry Potter franchise. Everything we know about it is listed below. Since the flash-forward ending of the Harry Potter film franchise in 2011, fans have been clamoring for new novels based in the Wizarding World. Their wishes were met with the release of the prequels Fantastic Beasts and Where to Find Them, Fantastic Beasts: The Crimes of Grindelwald, and Fantastic Beasts: The Secrets of Dumbledore, as well as a two-part theatrical sequel to the books, Harry Potter and the Cursed Child (and, reportedly, two further installments).

The Fantastic Beasts and Where to Find Them franchise has been dogged by controversy and has underperformed in comparison to its predecessor. The Crimes of Grindelwald, the second film in the prequel trilogy, was critically panned after its release in 2018. The studio has been attempting to correct the matter by replacing Johnny Depp as Gellert Grindelwald with Mads Mikkelsen, who many critics believe is a better fit for the character. It’s possible that it will persuade viewers to give Fantastic Beasts another opportunity. In any event, a new Harry Potter project may breathe new life into the brand while also diverting attention away from Fantastic Beasts’ flaws.

Chris Columbus, the director of the first two Harry Potter films, has declared publicly that an adaptation of the stage play Harry Potter and the Cursed Child is the only way the franchise can continue. Given how well-received the play has been, it’s only logical that fans would want to learn more about the HP trio’s lives following the Second Wizarding World War. The show’s adaptation, written by JK Rowling, Jack Thorne, and John Tiffany, would surely pique the interest of many fans who were unable to attend the live performance and had to make do with reading the screenplay alone. 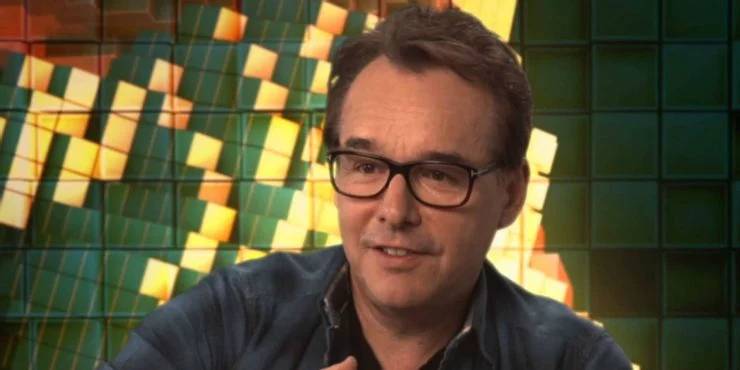 During an interview with Variety, Chris Columbus expressed interest in directing a Harry Potter and the Cursed Child film. The interview was for a special commemoration of Harry Potter and the Sorcerer’s Stone’s 20th anniversary. According to Columbus, “”The Cursed Child” is something I’d want to direct. It’s a fantastic production, and the kids are the perfect age to play those parts. It’s just a figment of my imagination.” While the Harry Potter three may be at an appropriate age to play their adult counterparts, the entire Chris Columbus vision rests on the cast’s willingness to return. Without the original actors, a Cursed Child movie just wouldn’t be the same, and Warner Bros. is unlikely to agree to a picture without them. Having said that, the notion of developing an HP sequel is a good one. Because the Fantastic Beasts prequel (which isn’t really a prequel at all) has received a lot of backlash, it might be preferable to skip ahead in time rather than go back. Many Harry Potter enthusiasts were disappointed that they were unable to attend the performance. Presale prices for The Cursed Child could be sky-high. 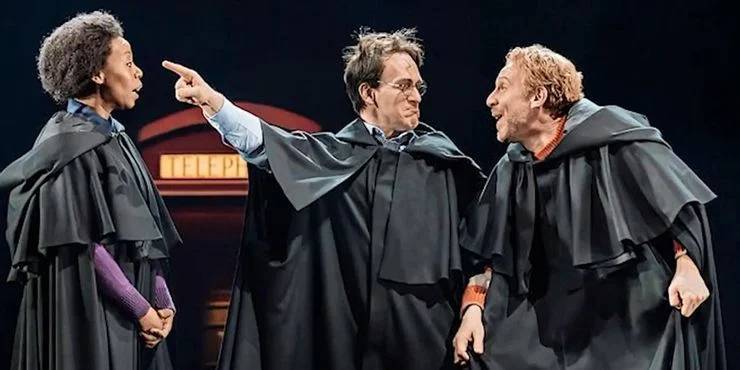 While both JK Rowling and Warner Bros. have previously denied that Harry Potter and the Cursed Child would be adapted for the big screen, Kilar’s comments have reignited old speculations. A future Potter project might go in a variety of directions, including a series featuring the Marauders or Harry’s work as an Auror. Adapting the play into a film would allow Potterheads who couldn’t see the play to view the material. However, given that the play is split into two parts due to its length, many think that a film adaptation of Harry Potter and the Cursed Child will fail, and that it would be better suited to a TV series format. As it happens, the studio has issued a call for writers for a prospective spinoff program set in the Harry Potter universe.

Would The Harry Potter Cast Return? 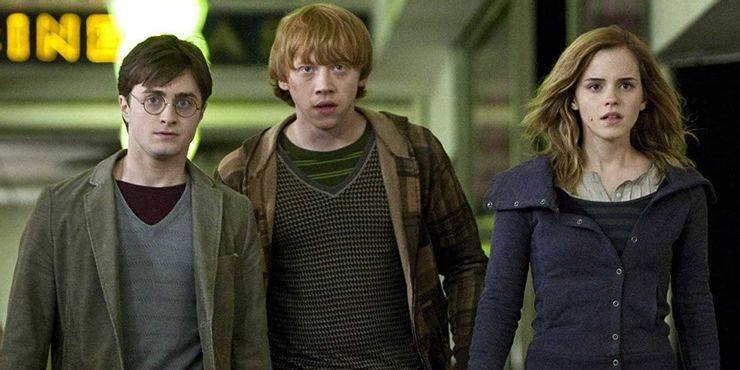 While recasting the beloved original cast of the Harry Potter franchise would be difficult, the studio may be forced to do so in order to maintain story continuity. The characters are much older in the play; Harry, Ron, and Hermione are all in their late 30s at the time. Daniel Radcliffe, Emma Watson, and Rupert Grint, the original three performers, are all in their early 30s and appear to be a little too young to be just shy of 40. If the studio decides to adapt Harry Potter and the Cursed Child in the future, they simply have to wait a few years for their original trio to be cast in the roles.

Another factor to consider is how Hermione Granger’s role was originally cast in Harry Potter and the Cursed Child, which sparked inevitable controversy back in 2016: Hermione’s skin color was never described in detail in the novels, which Rowling defended by claiming that Hermione’s skin color had never been described in detail in the novels. Perhaps Rowling was implying that anyone could play Hermione as long as she embodied the character’s essence, but if the studio decides to recast the core trio, they should entirely recast all of the roles.

Tom Felton is, without a doubt, the most probable of all the Harry Potter actors to return. Felton expressed his excitement about the prospect of rejoining the Malfoy family in an interview with People, saying, “Any chance to be a Malfoy again would be greatly accepted.” He also claims that the concept of someone else playing minor antagonist Draco Malfoy would be difficult to accept, since he feels a sense of (rightful) ownership over the character’s development over a decade. The other Harry Potter cast members have been less candid about the possibility of resuming their roles. Emma Watson has claimed that she isn’t yet ready to reprise her role as Hermione Granger, while Rupert Grint and Bonnie Wright have stated that they will only return if everyone else does. Matthew Lewis will return, but only if the tale is interesting and not nostalgic for the sake of nostalgia. Daniel Radcliffe, who plays Harry Potter, has the most startling response of the entire cast. 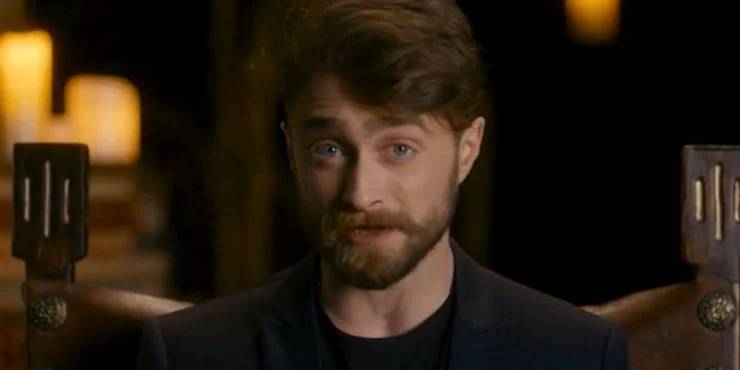 Daniel Radcliffe will not reprise his role as Harry Potter in Harry Potter and the Cursed Child. Radcliffe has been the most emphatic about not being ready to return to his title role yet, out of the entire group. It’s logical, given that Harry Potter’s the Boy Who Lived has only just begun to shed the Harry Potter identity as a whole. During an interview with The New York Times, the actor was approached with the notion. “I’m getting to a place where I feel like I made it out of Potter okay, and I’m really satisfied with where I am now,” Radcliffe continued. He then went on to compare his role to that of Luke Skywalker’s Mark Hamill and Han Solo’s Harrison Ford, claiming that they were given at least 30 years off before returning to their iconic roles. This should at least give fans optimism that, while Daniel Radcliffe has stated that he does not intend to shoot another Harry Potter film anytime soon, he may be open to it in the future. 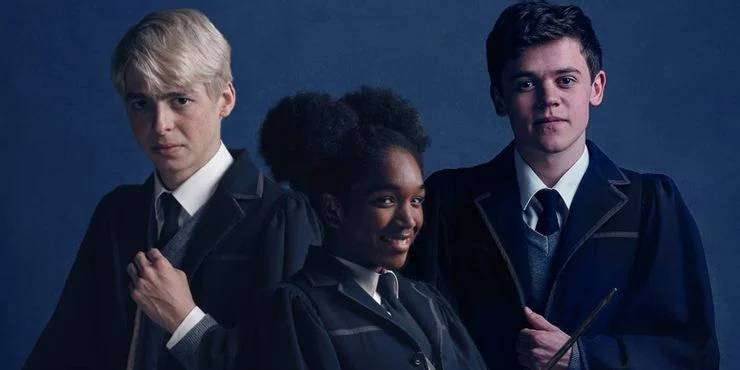 Harry Potter and the Cursed Child begins with 37-year-old parents Harry, Ron, and Hermione seeing their children off to Hogwarts at Platform 9 3/4, 19 years after the events of Harry Potter and the Deathly Hallows. The play follows Albus Severus Potter as he learns truths from his father’s past in a time-travel journey, continuing Harry Potter’s saga. The play also includes Draco Malfoy’s kid Scorpius, Hermione and Ron’s daughter Rose, and Voldemort and Bellatrix Lestrange’s unexpected offspring Delphi, in addition to the original cast of actors. By revisiting much of the original plot through a new lens, the play’s time-travel concept might make for a very fascinating movie or TV series, both for committed Potter fans and new audiences. 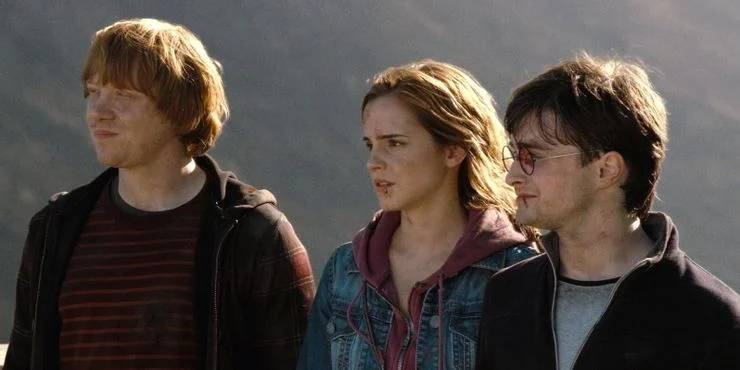 There is no way to know when a new Harry Potter film or television series will be produced because neither Warner Bros. nor JK Rowling have announced anything. An adaptation of Harry Potter and the Cursed Child, on the other hand, isn’t completely out of the question. The Fantastic Beasts franchise has been a stumbling block for the Potter universe recently, but bringing back Watson, Radcliffe, and Grint may entice fans to give fresh Potter content a shot. Whether Chris Columbus can realize his dream of making Harry Potter and the Cursed Child or other new content is totally dependent on whether the original HP trio wishes to return – which is unlikely to happen anytime soon.