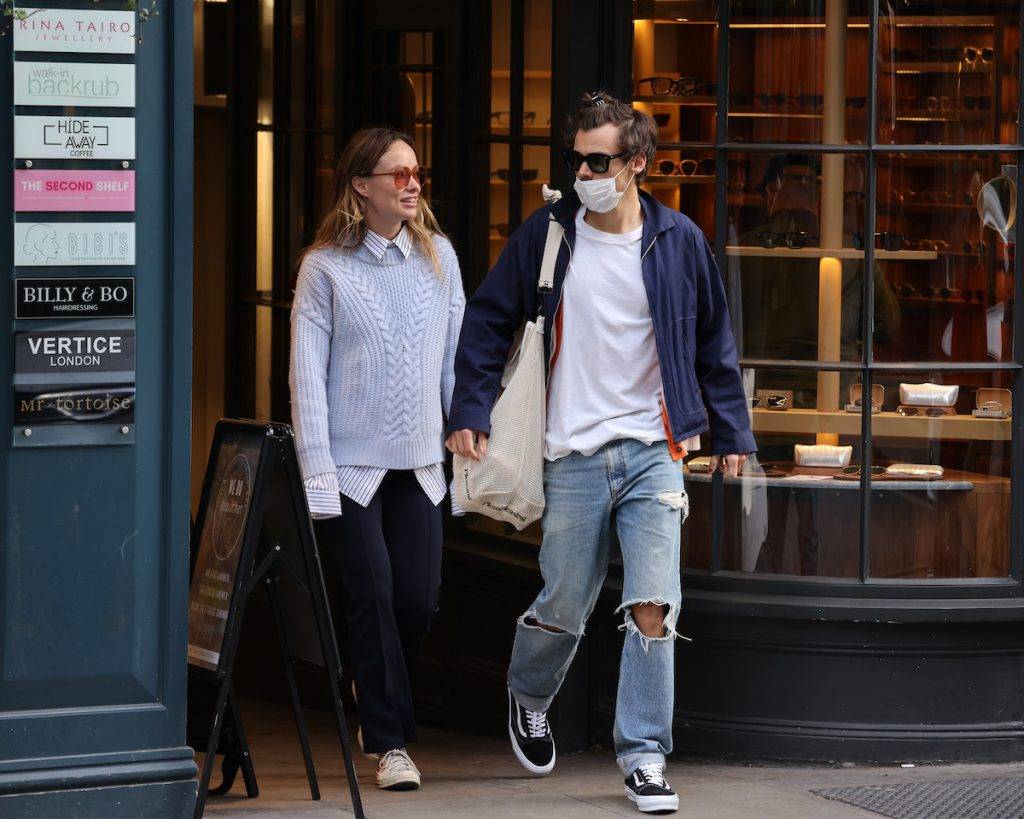 Harry Styles is finally able to open up about his relationship with Olivia Wilde in public. Since last year, paparazzi have seen the two in public together. The House actress, who has always been private about her previous relationships, has been a little more forthright in stating that they are dating.

Styles and Wilde are ten years apart in age, which could explain their aversion to speaking with the press. However, as they become more at ease with one other and their connections, they appear to be ready to go public. At the very least, the former One Direction member is willing to admit they’re dating.

Styles is finally ready to talk about his relationship with Wilde, according to Page Six. He paid her a public tribute on The Howard Stern Show on May 18th.

“Acting is kind of very uncomfortable at times. I think you have to trust a lot,” the Dunkirk actor explained. “It requires a lot of trust if you want to kind of give it everything, and I think being able to trust your director is a gift, so that was very helpful.”
“It meant for a really great experience working on the movie,” he continued after a pause. Wilde’s ability to arrange a really favourable on-set experience for the performers in her films appears to have been his initial impression of her. Of course, Styles was alluding to her directing Don’t Worry Darling, in which he co-starred with Florence Pugh.

When Styles and Wilde collaborated on Don’t Worry Darling in late 2020, they met. The couple was first seen together in public in early 2021. It came as a bit of a surprise at the time. Wilde’s relationship with Ted Lasso star Jason Sudeikis had ended just two months before.

However, the former pair remained friendly, allowing fans of Wilde and Styles to speculate about their connection. For a long period, both of them remained silent. Sudeikis and Wilde belonged to the category of well-liked celebrity couples. It made sense to be cautious about her new relationship.

The Booksmart director and her ex-husband, on the other hand, are still on excellent terms. For the sake of their two children, they even spent time in a quarantine bubble together following their divorce. This favourable encounter appears to have influenced the public’s acceptance of her new boyfriend — and vice versa.

Despite his continuous tendency of revealing next to nothing about who he’s seeing, Harry Styles has been a gossip column fixture since his One Direction days. Contrary to popular belief, his refusal to discuss his sexual life appears to pique people’s interest.

He follows a pattern, according to Cosmopolitan. The Harry’s House singer’s love partners are usually 10-15 years older than he is. He dated Caroline Flack, an ex-Factor host, when he was 17 and she was 31. He dated Pussycat Dolls star Nicole Scherzinger, 35, when he was 19. He had high-profile relationships with Kendall Jenner and Taylor Swift in the interim.

Throughout it all, he said very little about his romantic life. It’s a good sign for their relationship that he’s willing to be more honest with Wilde. The two will very certainly never be as open as Wilde and Sudeikis were. However, they are frequently seen in public being extremely loving. They just don’t talk about it with the press.