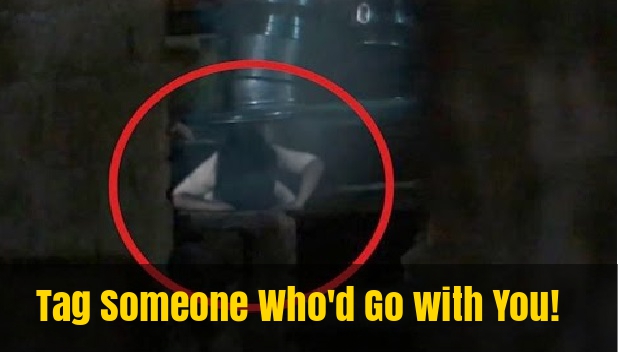 White sandy beaches and red blood stories. Who would have thought Goa-the popular ‘haunt’ of hippies could have scary places as these where the undead roam. This is our list of 10 haunted places in Goa that tell you it’s not just tourists and friendly locals you should expect when you land here.

The ghost of Christaliana is a popular figure in the horror-lore of Goa. Apparently, this ghostly lady hangs around a banyan tree in the Saligao Village. Anyone who goes near the haunted tree at unusual hours alone does so at his or her own risk.

A woman, apparently mad, rushes from the road and jumps off the side of the bridge. However, when you go and check there’s no sign of anyone having jumped-no sound of water splashing, nothing. And when you get back in the car and starts driving there she is-in the back seat. The tale of the mad ghost is one that keeps many weary about the Borim Bridge.

Situated between Dhavali and Bori this is one place where a ‘classic’ manoeuvre of ghostdom is said to take place frequently-a girl standing in the middle of the road, screaming loudly. And when you look back from your car to see what the awful sound was all about, the road appears vacant which shocks you into losing control of the wheel. And if you think that sounds suspiciously like a scene out of a Bolywood film, you must also know the fact that the number of accidents that take place on this road is rather high.

The locals say that two brothers once lived in this house in Santemol. When a fight broke out between them regarding the right to the property, the result was that one of the brothers got murdered by the hand of the other. The sudden rise of noises from the house-like the falling of some object, a loud cry in the middle of the night or violent outburst-is attributed to the murdered brother’s spirit still lingering around the house.

The Mumbai-Goa highway, or NH 17, is one of the most famous haunted places not just in Goa but in all of India. Legend has it that the road is the haunt of witches in search of flesh. Those who believe in the witches advises not to carry any meat when you’re travelling this way, especially after midnight.

Three Kings Church | Source: fabhres.comMany years ago there lived three Portuguese kings who kept fighting amongst themselves as to who gets to rule over the land. One of them-named Hogar- eventually got fed up and poisoned the other two. His competition now dead, he was happy but the happiness was short-lived. When the people of the land came to know about what the king did, an angry mob took to the palace. The king, upon learning this, committed suicide.
All the three kings were buried in this church in Goa, just 15 kms away from Valsaav. Since then, the church is said to be haunted by the undying spirits of the three power hungry dead kings.

A terrible accident once happened in Jakni Bandh. A school bus went over the temporary bridge that linked the road between Navelim and Drampur, because of the driver’s mistake. All the passengers died in the accident and people claim that on certain days of the year they hear the wailing and screams of children at night.

The arch in front of the seminary at Rachol is supposed to be haunted by the spirit of a sentinel all the way back from the days of Portuguese rule. On some days of the year, this guard marches from one end of the archway to the other, complete in official garb, denying entry to those he considers as unworthy.

Igorchem Bandh has the unique notoriety of being a place where you could get haunted in broad daylight-in the afternoon of all times. Situated in Raia, behind the church of Our Lady of Snows, visiting this place between 2 and 3 PM is said to make you possessed by evil spirits.

The Rodrigues Home is in Verna. There’s nothing unusual about that. However, the windows and doors that open and shut on their own accord-as if they had a life of their own, or the linen that goes missing in the night-such happenings make this place more than just extra-ordinary, they make it downright scary.

Now that you know these super-scary haunted places in Goa, you know you got to be weary of each step at these places.