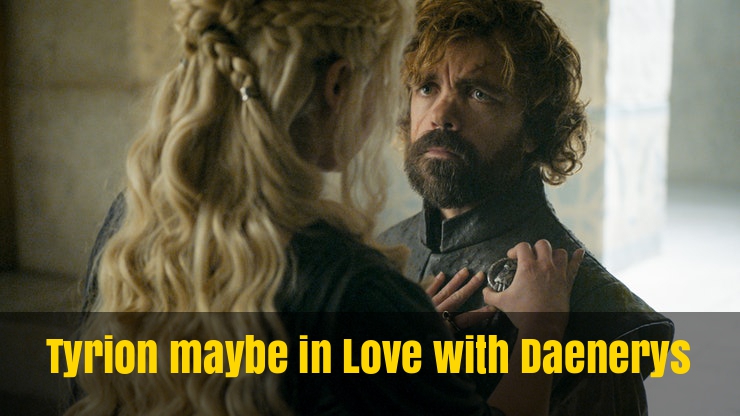 We all know what an integral part of Game of Thrones, Tyrion has been since the beginning. He might not be at the strongest position but he still is one of the strongest, most loved and important characters in Game of Thrones. If he died in the next episode, everyone will be disappointed. But, there are theories that are circling around that Tyrion might be the actual villain of the series. Here are six THEORIES that sounds fair.

1. Tyrion is in love with Daenerys
Tyrion was established as the man who loved his wine and women. But ever since he left King’s Landing, the show stopped exploring his sexual side. It was sudden and felt quite jarring. He loved Shae and her death could’ve been the reason that he s topped taking interest in women but even that seems off because Tyrion did not stop being sexual after his father ordered the killing of his first wife, Tysha. It is possible that Tyrion has been in love with Dany, like all the man she’s surrounded with, and was heartbroken when he found about Jon and Dany’s love for each other.

2. Tyrion is a Targaryen
Tyrion was the least loved child of Tywin Lannister and there are theories suggesting that it was because Tyrion wasn’t actually a Lannister. Tywin doubted that his wife Joanna was having an affair with the Mad King, Aerys Targaryen, and that Tyrion was born out of the same. His friendly nature towards the dragons has hinted towards his Targaryen lineage. If this is true then Tyrion also becomes a contender for the Iron Throne.

3. The real Tyrion is dead and this could be one of the Faceless Men (WTF!)
All that time spent on Arya’s story in the House of Black & White certainly has more implications than we’ve already seen. The Faceless Men have an army and no one can tell when they’ve taken someone else’s place. It wouldn’t be completely impossible that Tyrion died a long time ago and the man we’ve been seeing all this time is actually an impostor.

4. An upcoming rivalry with Jon Snow

“Exiled, Tyrion will change sides, making common cause with the surviving Starks to bring his brother down, and falling helplessly in love with Arya Stark while he’s at it. His passion is, alas, unreciprocated, but no less intense for that, and it will lead to a deadly rivalry between Tyrion and Jon Snow.”

As we said, this outline first came into existence in the Game of Thrones fandom during Seasons 4 and 5. Back then, the notion that the second book in Martin’s original trilogy would have dealt with a Dothraki-backed Targaryen invasion of Westeros seemed revelatory. The HBO version of Daenerys had nothing whatsoever to do with the horse lords at the time, and the version of Daenerys in the actual book had only just encountered her second horde. But nearly 25 years ago, this was Martin’s plan:

While the lion of Lannister and the dire-wolf of Stark snarl and scrap, however, a second and greater threat takes shape across the narrow sea, where the Dothraki horse-lords mass their barbarian hordes for a great invasion of the Seven Kingdoms, led by the fierce and beautiful Daenerys Stormborn, the last of the Targaryen dragonlords. The Dothraki invasion will be the central story of my second volume: A Dance with Dragons.

5. Tyrion’s loyalties have changed now
Tyrion’s meeting with Cersei showed him as the man who regrets killing his father and has no intentions of destroying his family. He tells Cersei that the only reason he is supporting Daenerys is that he believes she will make the world a better place and in the GoT world, it could possibly be a lie. It could be argued that he isn’t loyal to Daenerys anymore and that mysterious look was his look of deception. 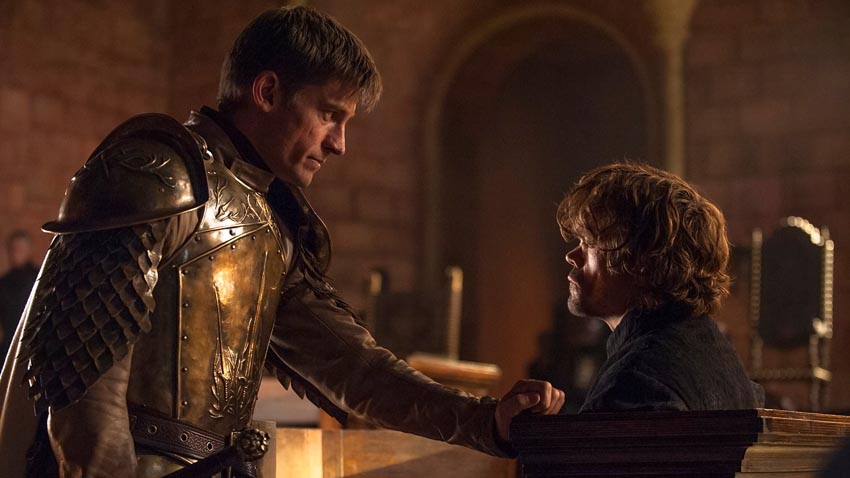 What could be the reason for his heartbreak?