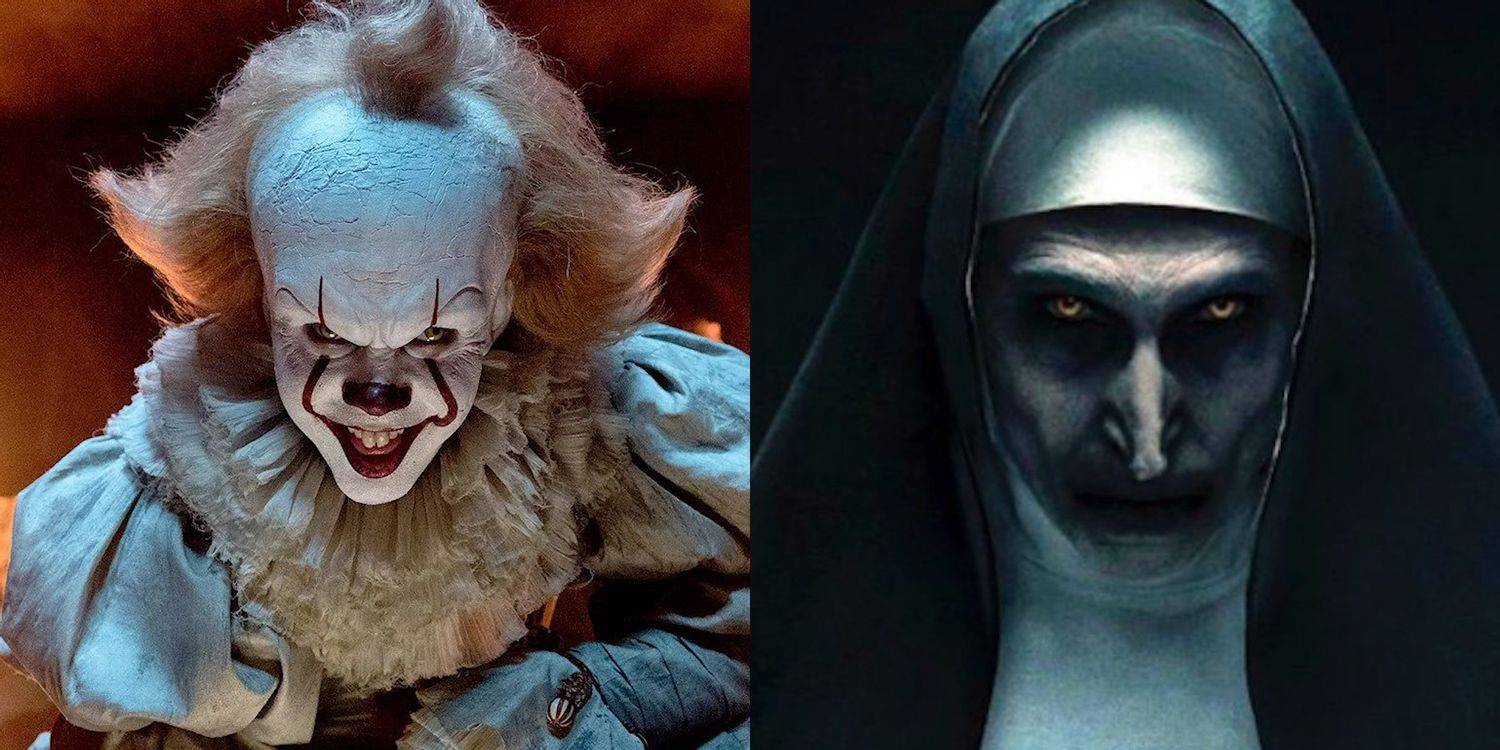 The horror genre has flourished in the recent decade. It’s witnessed the growth of sophisticated spookiness with films like Hereditary and The VVitch, as well as James Wan’s Conjuring franchise and the latest Stephen King adaptations continuing to dominate the box office. Even Jim from The Office has become a horror legend.

All of this implies that audiences’ appetite for supernatural events has not waned. If earnings are any indication, Hollywood will continue to produce nightmare material for a long time. 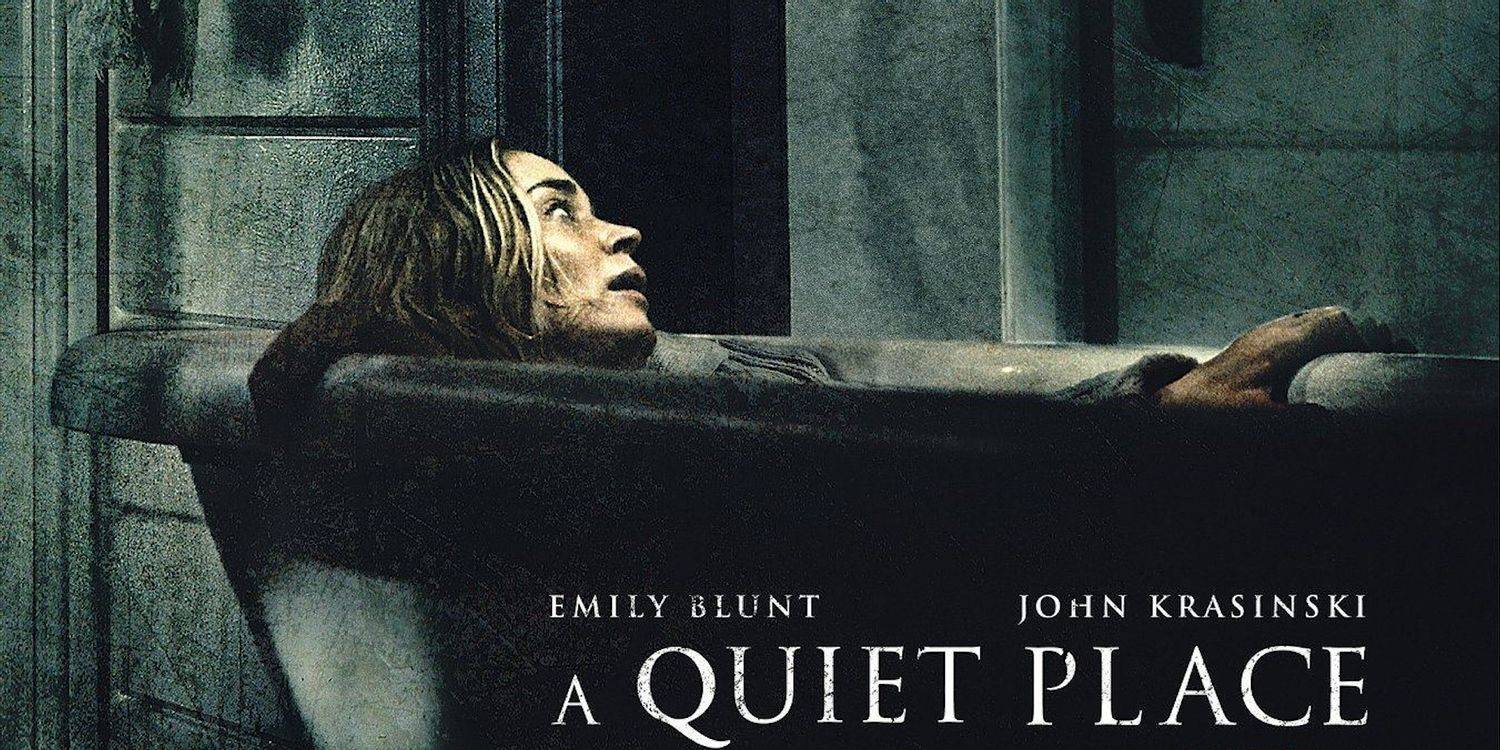 The mostly silent A Quiet Place, directed by John Krasinski, was one of the most unique American horror films of the recent decade. It had a novel and well-executed premise: creatures with supersonic hearing assault. The sequel isn’t quite as good as the first, but it’s still worth seeing.

The sequel to A Quiet Place isn’t as committed to the silence gimmick as the first. It features three times the amount of conversation and far more action. It’s more of a typical monster movie, similar to Alien and Jurassic Park. However, the film succeeds in examining the threat that other humans pose in its post-apocalyptic setting. Much of the plot revolves around Emily Blunt’s attempts to enlist the support of Emmett (Cillian Murphy), a cynical loner who was formerly a family friend. Blunt shines as a woman battling to keep her family alive, and Murphy is fantastic as the gruff Emmett. 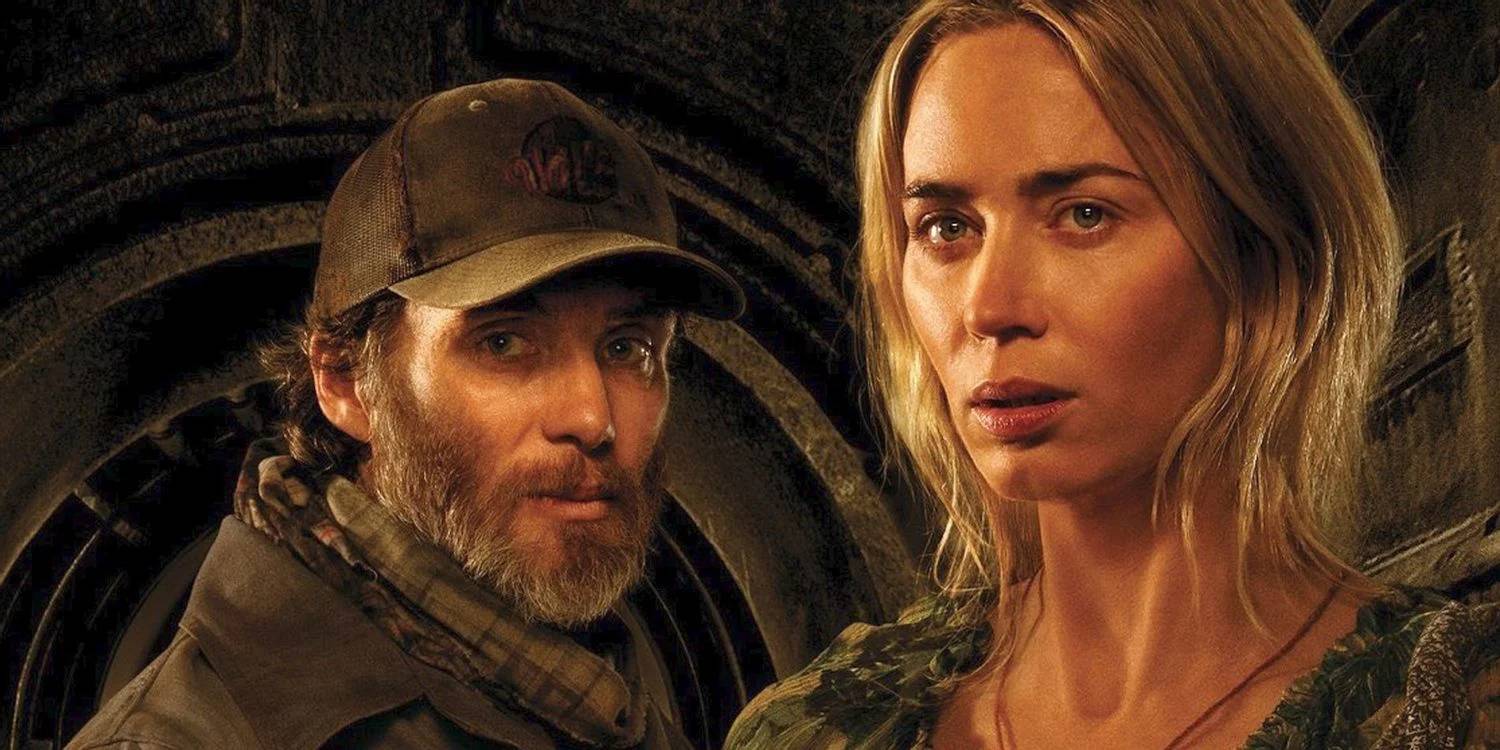 A Quiet Place is set in a post-apocalyptic world where even the slightest sound can result in death. This notion is used to great effect in the film. The protagonists communicate nearly entirely through sign language, with almost no spoken. To create tension, all it takes is a lingering gunshot or an exposed nail in the floor.

Stephen King, the master of horror, lauded the film. He wrote, “The key thing is the SILENCE.” “And how it opens the camera’s eye wide in a way that few films do.” A Quiet Place raised the bar for original American horror films, demonstrating that viewers are willing to follow filmmakers to new areas if they have the capacity to do so. 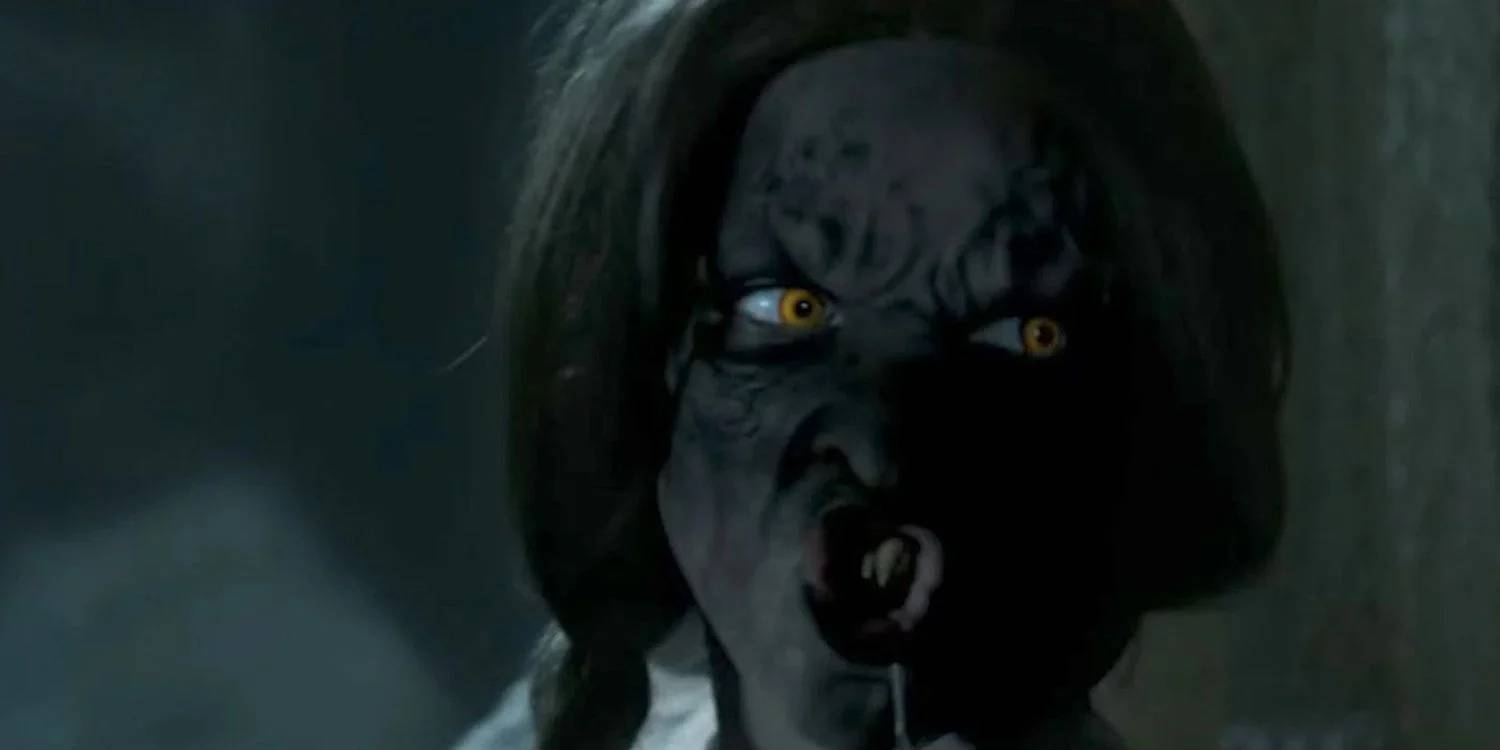 Four of the top ten highest-grossing horror films of the last decade are set in James Wan’s Conjuring universe. Annabelle: Creation, unfortunately, may be the weakest installment, despite a high box office performance. The film, which investigates the origins of the haunted doll, contains a few effective scares but primarily relies on horror clichés.
Annabelle: Creation did, however, strike a chord with viewers. It’s difficult to go wrong with a deadly doll, as Child’s Play and its endless spinoffs shown. 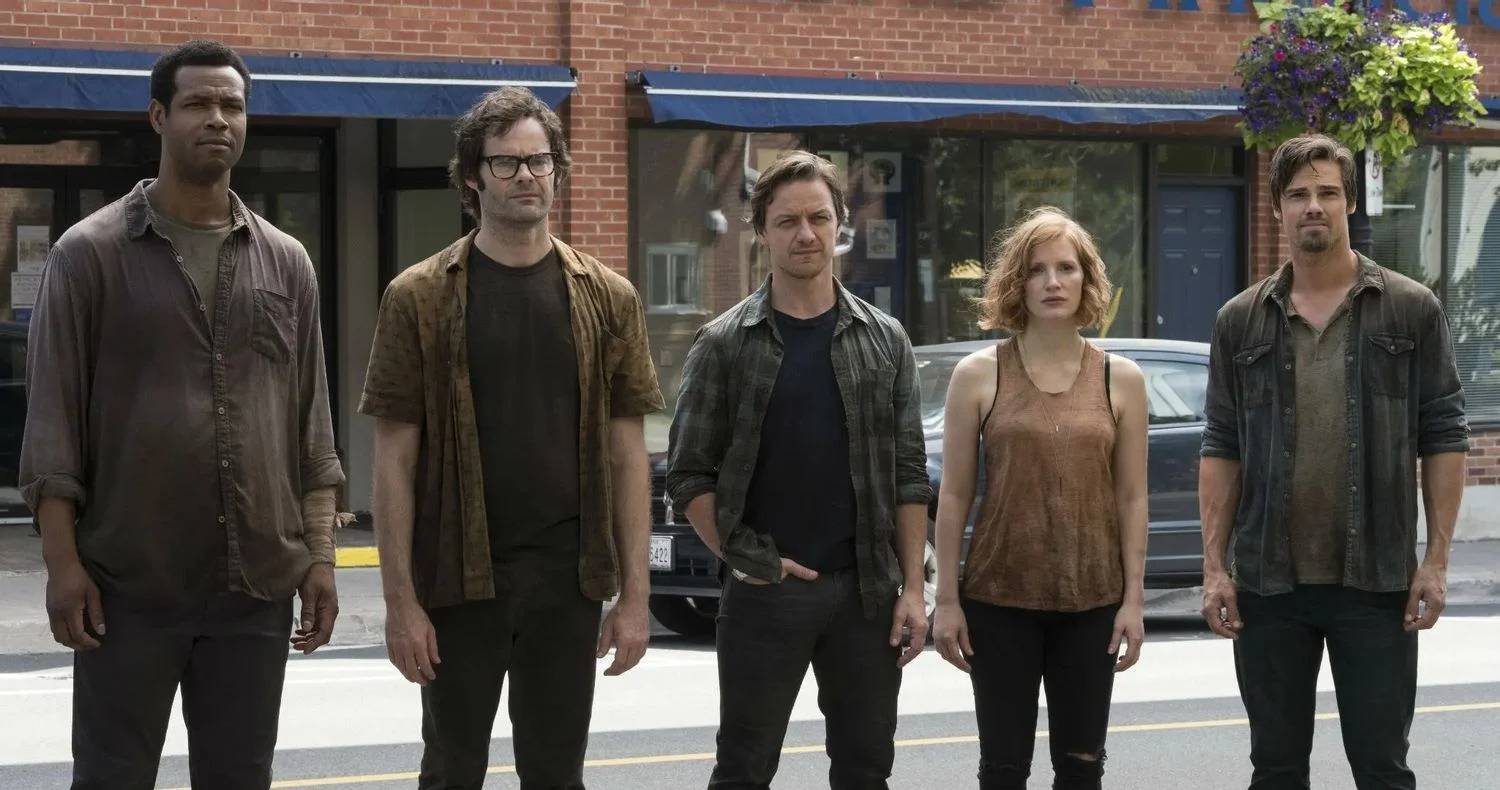 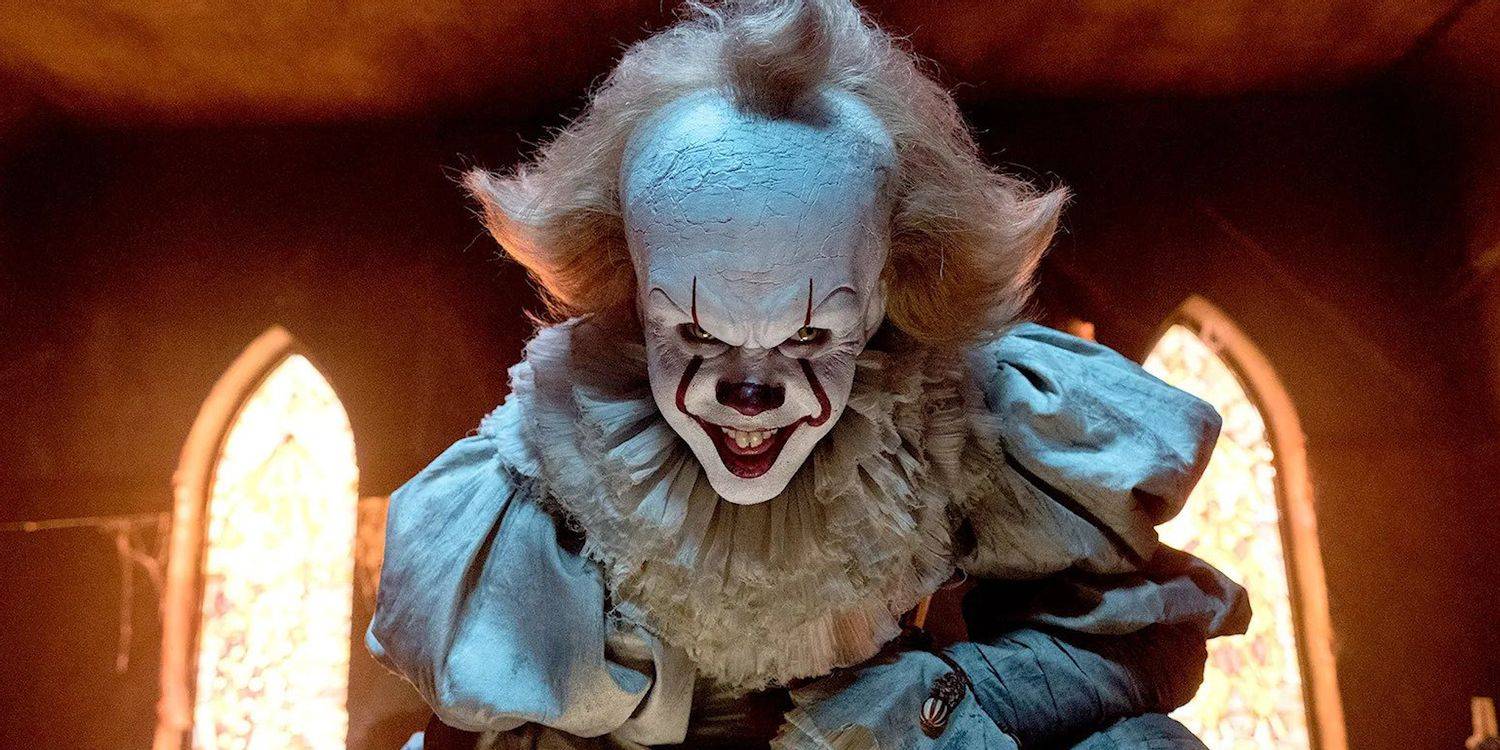 It: Chapter Two is a relatively authentic adaptation of Stephen King’s classic novel that continues the protagonists as adults. Pennywise has returned, and the heroes must complete what they began as children. Although Chapter Two isn’t as fantastic as the first, the performance is still excellent. The leads have tremendous chemistry, and Bill Hader as the loudmouth Richie is especially hilarious.

Bill Skarsgrd as Pennywise is the star of the film. He crafts his own version of the homicidal clown, which is distinct from Tim Curry’s and Heath Ledger’s classic Joker performances. Pennywise is a rambunctious character. He can switch from humor to violence at any time. Pennywise, played by Skarsgard, is undoubtedly one of the greatest horror villains of all time. 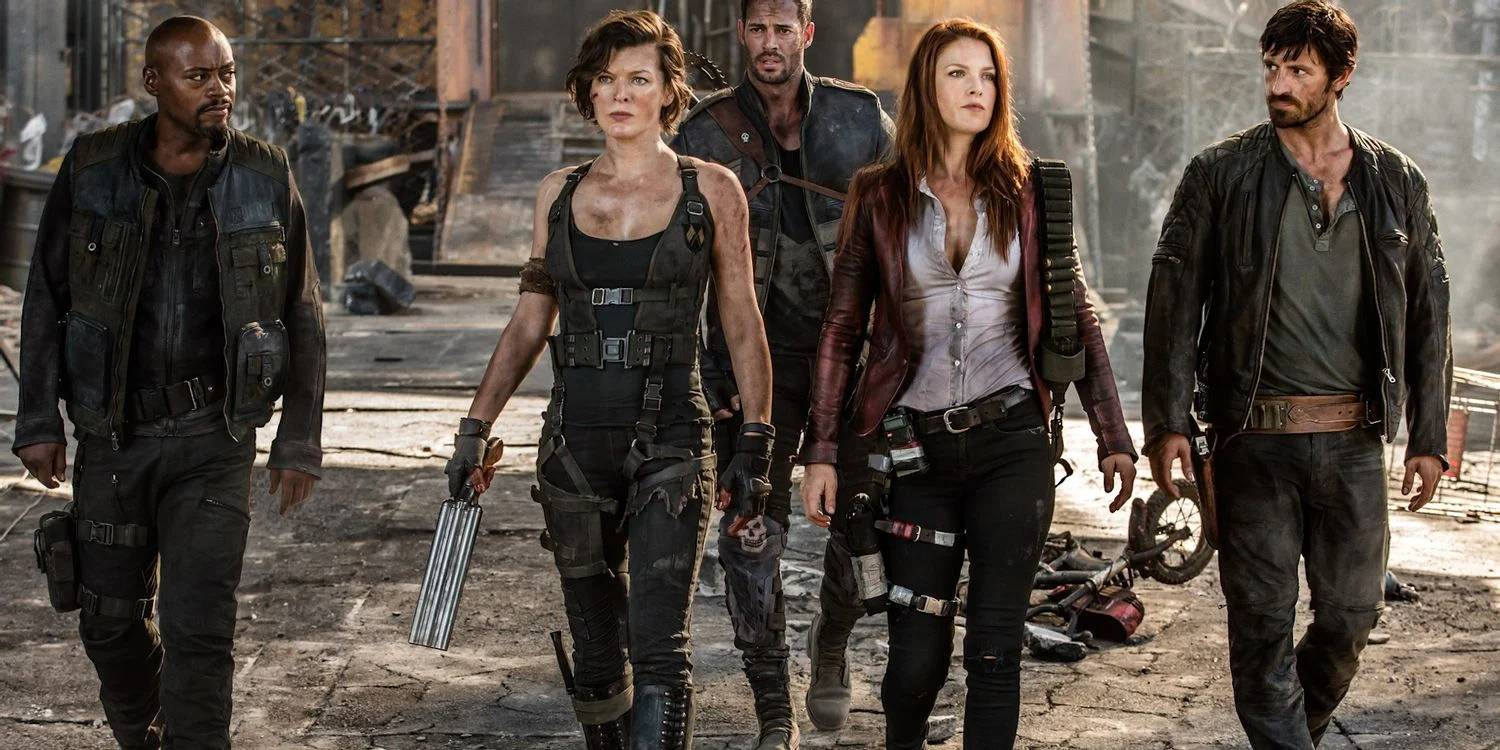 The final installment in the Resident Evil franchise garnered mixed reviews but did well at the box office, thanks to the strong fan base it had built up over the years. Resident Evil is a sci-fi zombie epic starring Milla Jovovich as a resistance fighter/leather enthusiast, based on the bestselling videogames.

The CGI is good, and the image of a post-apocalyptic Washington, D.C. is impressive, but Resident Evil: The Final Chapter mostly recycles stereotypes. Since a reboot was launched in 2021, the title isn’t even accurate. What gives? 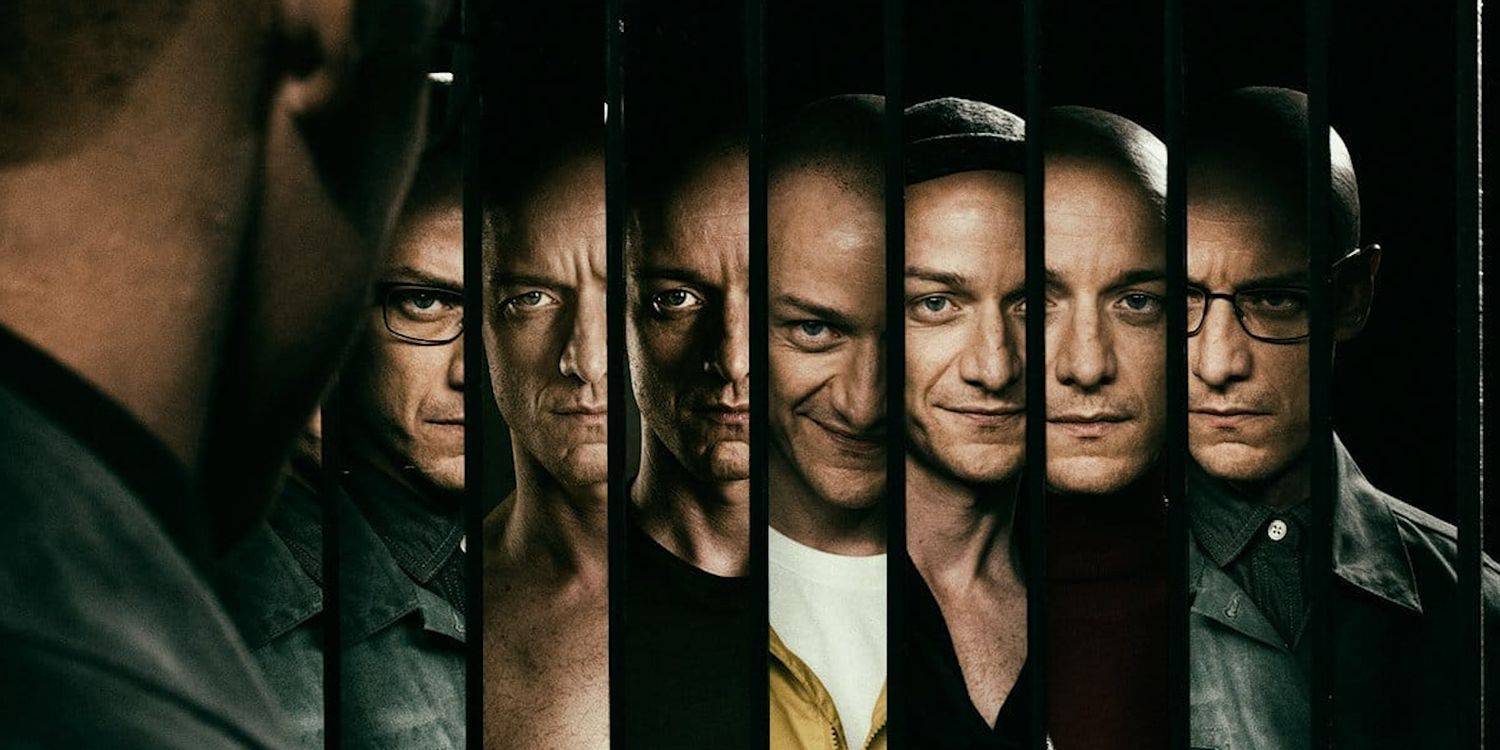 M. Night Shyamalan’s latest film, Split, is his greatest in years. It’s a Hitchcock-inspired thriller about Barry (James McAvoy), a guy suffering from dissociative identity disorder who kidnaps two women for reasons only he knows about (or them). McAvoy’s superb performance as Barry’s 23 personalities holds the film together. (Patricia and Hedwig deserve special mention.)

Split is more like a jigsaw that the audience carefully pieces together. Shyamalan is famed for his twist endings. Split was a smash hit because to its unique premise and outstanding acting. It lasted three weeks at the top of the box office, a milestone Shyamalan last accomplished with The Sixth Sense in 1999. 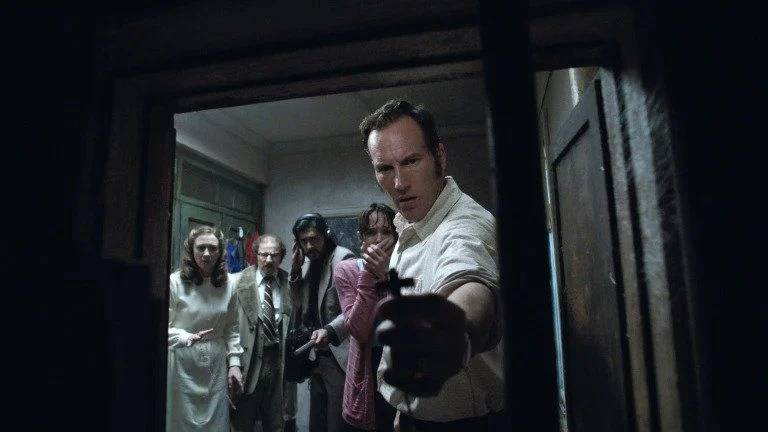 The Enfield poltergeist is said to have plagued an English family in the 1970s in The Conjuring 2. Despite the fact that the haunting appears to be a fabrication, James Wan manages to turn it into a decent horror film. The skilled camerawork of Oscar-winning cinematographer Don Burgess is responsible for many of the scares. For most of its scares, the film employs forced perspective, cinematic trickery, and zoom shots. It takes inspiration from 1970s horror films like The Shining and The Omen in this sense.

The Conjuring succeeds mostly because its protagonists are charming and complex. They have complex backstories and opposing motives. They can be invested in by the audience. This distinguishes the franchise from the majority of horror films, which tend to be big on jump scares but low on character development. 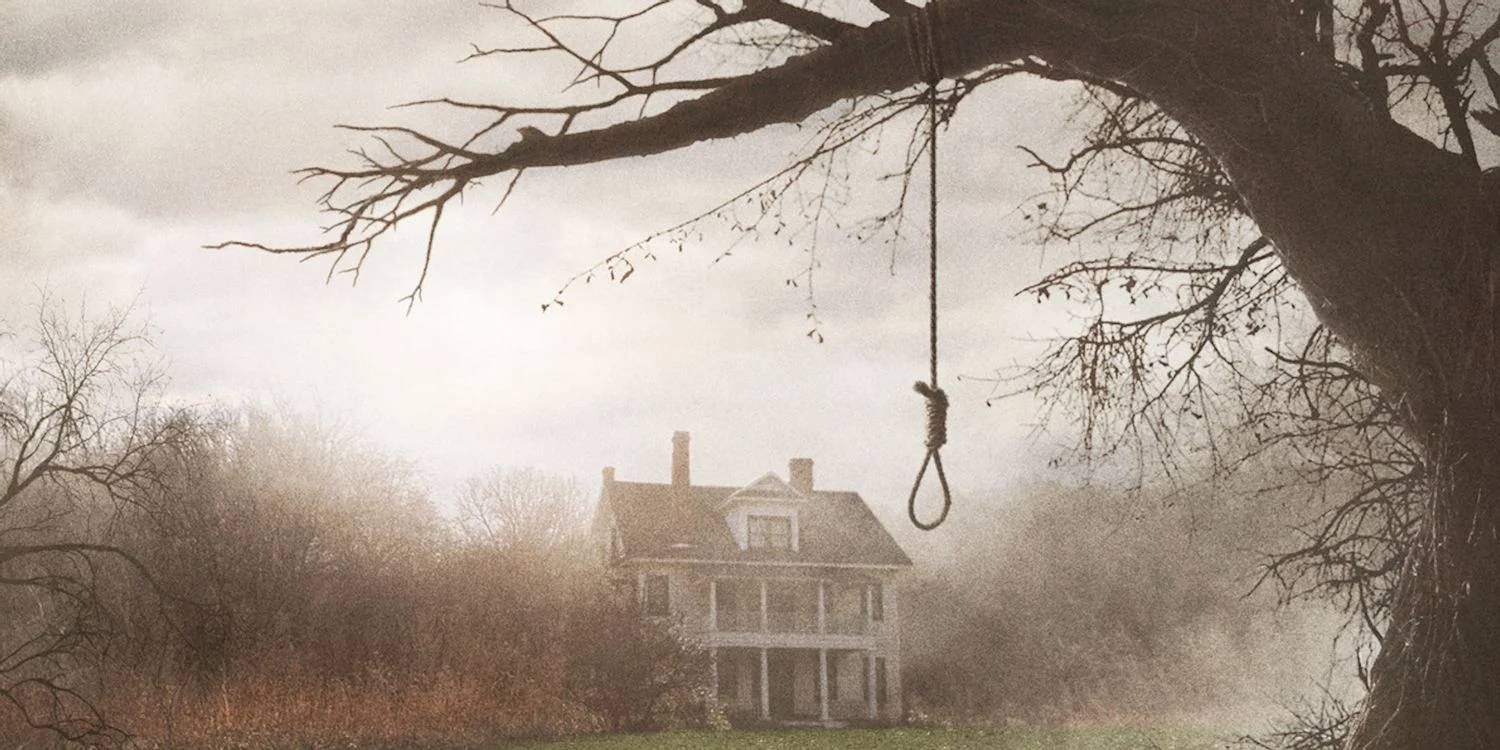 Director James Wan made his name with the mega-hit Saw in 2004, but The Conjuring is his best effort. Wan began work on his next project after searching for one that would allow him to study the lives of actual people. Real-life demonologists Ed and Lorraine Warren, played by Patrick Wilson and Vera Farmiga, are introduced.

Wan’s flicks can be outrageous (see Malignant from 2020), but The Conjuring is surprisingly subdued. It foregoes gore and mayhem in favor of creaking floors and an eerie music. (Not to mention the infamous “clap” moment.) Farmiga is extremely believable as Lorraine, the clairvoyant. She conveys the toll her abilities have on her convincingly. The Conjuring reimagined The Exorcist and Poltergeist cliches for a modern audience, proving that the ghost story is still alive and well. 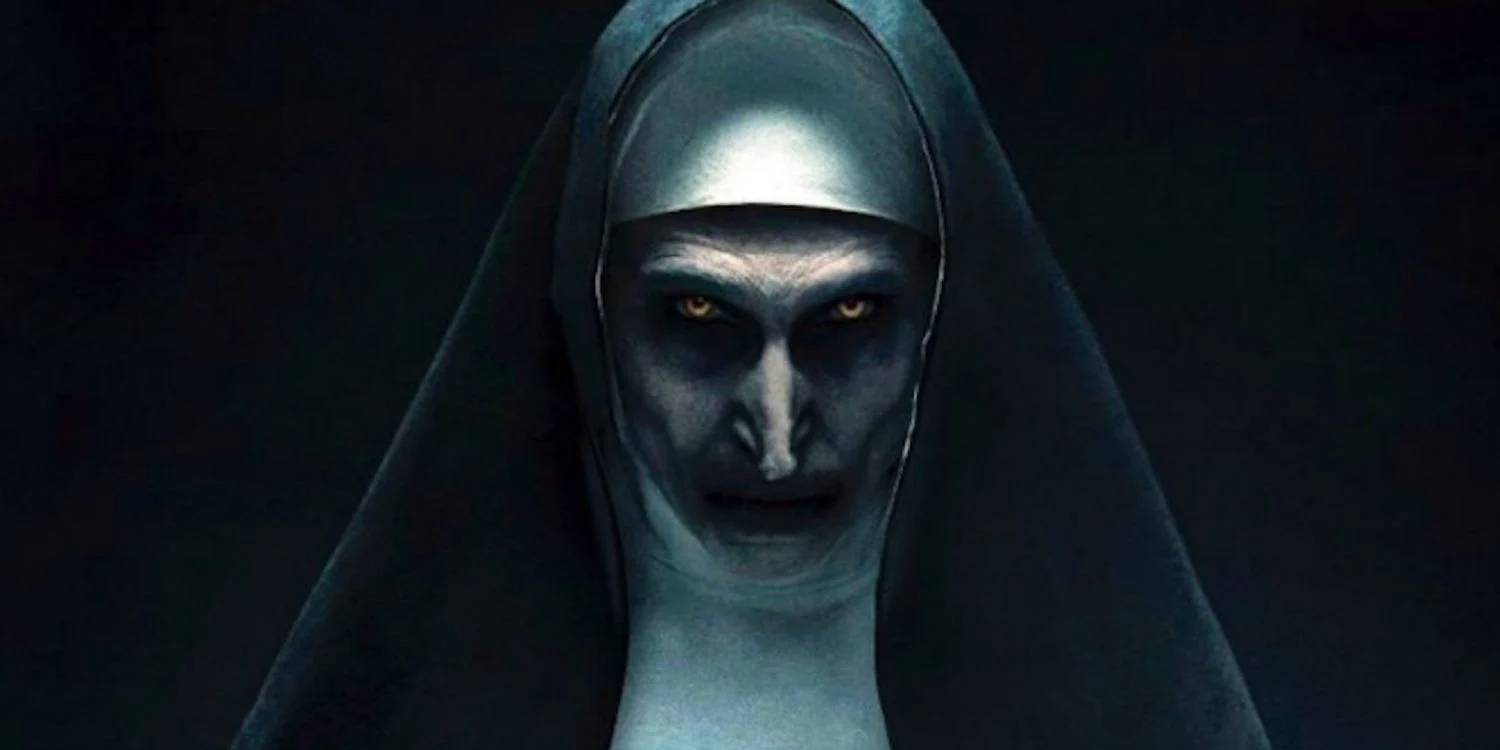 The Nun is a lighthearted addition to the Conjuring universe, telling the narrative of a demon tormenting a monastery in 1950s Romania. As one would expect from the franchise, the cinematography and set design are excellent. The atmosphere of Gothic dread that hangs over the abbey is perfectly captured by director Corin Hardy.

The Nun, on the other hand, lacks the well-developed characters and authentic emotions that made The Conjuring so compelling. Stars Taissa Farmiga and Demián Bichir don’t have much to work with in the writing. It mostly just moves them from one jump fright to the next. The end result is a standard possession film that comes out as half-baked and shallow, but there’s no doubting that it reached its target audience.