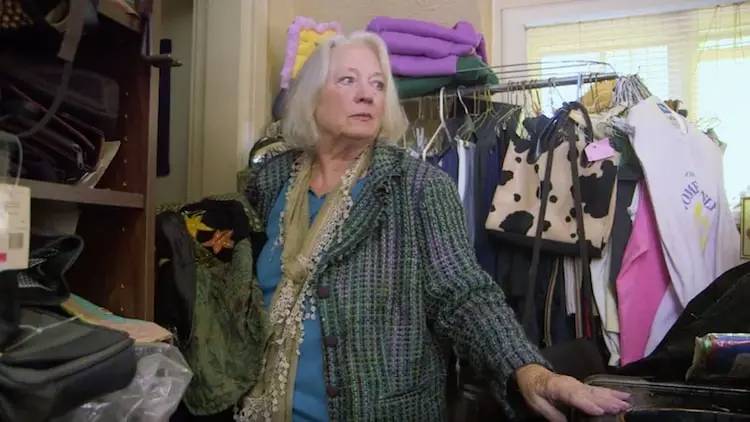 Hoarders: Where Are They Now? What Are The Popular Hoarders Doing Now?

‘Hoarders’ is a reality television show that follows the lives of compulsive hoarders who, despite having behavioural difficulties ranging from obsessive-compulsive disorder to severe depressive disorder, try to live regular lives with the support of mental health professionals and professional organizers. The show debuted on A&E on August 17, 2009, and lasted six seasons before being cancelled on February 4, 2013.

The show was revived on A&E’s sibling network, Lifetime, due to its popularity, and is now in its eleventh season. Over the course of its ten-year run, the show has introduced a number of fascinating characters with unusual hoarding disorders. Fans are understandably curious about the whereabouts of their favorite hoarder. So don’t worry, we’ve got you covered.

Andy and Becky worked together with the cleaning expert and the team to transport away over 40 truckloads of trash weighing over 160 tons at the end of their episode. After a while, they were able to extract another 90 tons from their Marysville home. The fan-favorite pair has now become the town’s celebrity, but they aren’t happy about it because it puts their safety in jeopardy when strangers try to trespass and spy into their home. Although a few articles can be seen laying around in the yard, local officials have stated that approaching them is not sufficient. Andy and Becky now live like any other elderly couple, and they credit the show for altering their life.

Carol and Dave’s house was in danger of being condemned because of all the rubbish and clutter Carol had accumulated over the years, jeopardizing Dave’s health. Carol became enraged while the team was carrying her belongings away in the episode. She even threatened to assault a member of the team. Meanwhile, their son, Kevin, and daughter were concerned about their deaf father’s well-being, as he was already afflicted. Unfortunately, Dave passed away just a few months after the shoot. There’s even an epilogue at the end of the program, thanks to the creators.

When Milwaukee couple Ilona and Roger Stank appeared in the ninth season, the state of their home had deteriorated to the point where they feared losing their home to the city unless they could declutter it. Despite the producers’ best efforts, the Stanks continued to store trash at their home after the broadcast. The condition deteriorated to the point where stray animals began to live in and around their home, the city declared it unfit, and demolition of their home commenced in December 2019. Ilona and Roger would remain the property’s owners, according to their contract. As a result, the two are most likely still residing in Milwaukee in one of their other residences.

Patricia, a former ER nurse from Florida, was introduced to us in the eleventh season, and she began selling other people’s discarded items to support her family after she retired. She didn’t see, however, that in the process, she was hoarding stuff in her three Florida residences and was punished as a result. Patricia promised to follow the experts’ advise at the end of the show. Unfortunately, a Facebook user who lives in Patricia’s neighborhood claimed on July 29, 2020 that the former nurse had reverted to her previous habits, bringing discomfort to her neighbors.

We met former interior designer Sandra Cowart in the sixth and last episode of the ninth season, who had stuffed every nook and corner of the historic four-story Julian Price House in Greensboro, Guilford County, North Carolina. Sandra had lived in the house since 1975, but after her spouse left her in 1979, she became a compulsive stocker.

Sandra appeared in a follow-up show in April 2019, where we found that despite losing the house to foreclosure, Sandra would refuse to cooperate with the new owners, Eric and Michael Fuko-Rizzo. The present owners, on the other hand, treated Sandra with respect and permitted her to sell some of the items at auction. The house has been renovated and will be used as a bed & breakfast in the future. Sandra still lives in Greensboro now, although with her friends rather than at the mansion.

Sherry was living in a home in Wheeling with a 6-foot-high mountain of trash that was endangering her family’s physical and mental health, especially her daughter, when she appeared on the show, which was shot in October 2019. She did, however, agree to allow the team to assist her in escaping the dangerous scenario. They were able to obtain her a toilet, a refrigerator, and a water heater, but they were unable to clean it sufficiently. Thankfully, Panhandle Cleaning and Restoration, a cleaning company, got out to Sherry in late July 2020 at the request of the show’s producers and restored her home after Pittsburgh’s Steri-Clean team removed the trash. Sherry now lives in a sterilized home where she can breathe fresh air without worrying about her health.