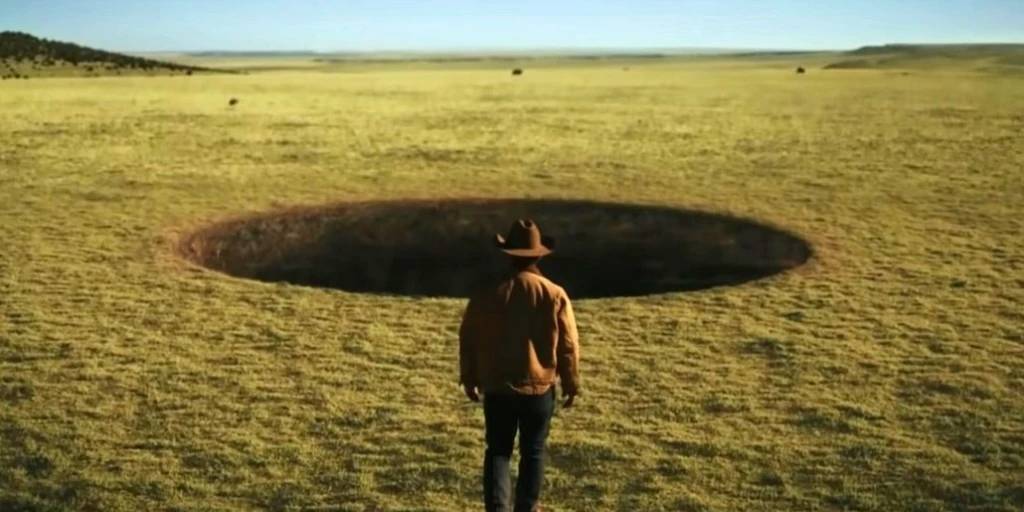 The mystery series ‘Outer Range,’ developed by Brian Watkins, centers on Royal Abbott (Josh Brolin), the patriarch of the Abbott family who owns a ranch in the Wyoming wilderness. Royal’s life is turned upside down when he discovers a mysterious black abyss in the heart of his property while fighting to protect his family and land.

Viewers learn a little more about the hole and its features as the story proceeds. Despite the fact that the exact nature of the emptiness is unknown, the show presents plenty of evidence for viewers to speculate on the enigmatic anomaly on the Abbott family’s property. If you’re interested in learning more about the dark abyss in ‘Outer Range,’ check out our theories! WARNING: SPOILERS AHEAD!

What Is the Black Void?

Royal Abbott discovers a mysterious black gap on his Western Pasture in the season premiere episode of ‘Outer Range.’ When he throws a few things into the abyss, it swallows them whole and leaves no trace. Royal, on the other hand, gets a glimpse of what’s to come when he dips his palm into the hole. Royal wakes up around two years in the future after Autumn pushes him into the black void. As a result, it is clear from the first two episodes that the black vacuum has some time and space altering qualities.

The first option is that the vacuum is a black hole that has appeared on the Abbott family’s property due to its appearance. Black holes, on the other hand, have a strong gravitational attraction, and anything that passes through their event horizon is certain to be annihilated. Royal dives into the Black Void and emerges practically unhurt, thus it’s reasonable to assume the mystery dark hole on his property isn’t a black hole.

Second, the black nothingness could be a wormhole due to its time and space-altering properties. A wormhole is a hypothetical structure that connects two places in the space-time continuum. Scientists have proposed that a stable wormhole may be exploited for time travel. When Royal wakes up on the other side after falling, he discovers that government agents have stolen his land and are mining it.

As a result, it’s safe to assume the Black Void is extraterrestrial, and some evidence suggests it’s a wormhole. Despite its association with time travel, wormholes have also been proposed as a means of interuniversal travel. As a result, it’s conceivable that Royal will end up in a parallel universe when he falls into the dark hole. Royal died two years ago in this world, according to his wife, implying that this is a possibility. 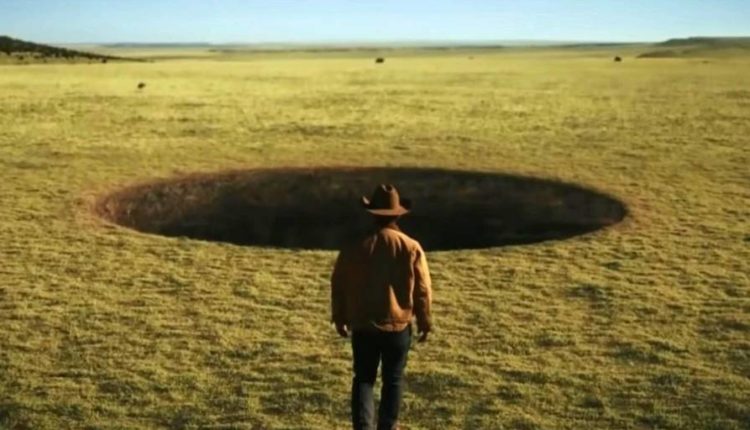 Wormholes have often been employed in science fiction as a means of time travel, and the show’s iteration might be no different. However, based on the individuals’ reactions and the other occurrences taking place on the Abbott ranch, the Black Void is most likely supernatural in origin rather than scientific. A speech in the show’s opening scene relates the story of the Greek God Kronos, who wielded a sickle capable of cutting holes in the world, separating the known from the unknowable. Kronos is also linked to the concept of timekeeping. As a result, the black emptiness appears to be a portal between different universes or timelines.

As a result, it appears that the show is laying the groundwork for a mystical, supernatural explanation for the Black Void. Autumn also states that she was drawn to the Abbott family’s ranch by a strange power, implying that the Black Void’s presence is tinged with faith or superstition. Finally, Kronos’ tragedy in Greek mythology portrays a harsh karmic cycle, and the void’s presence could indicate that Royal and his family will face a similar destiny. After all is said and done, the black nothingness is most likely a wormhole produced by supernatural means that allows for unexplainable movement through space-time.