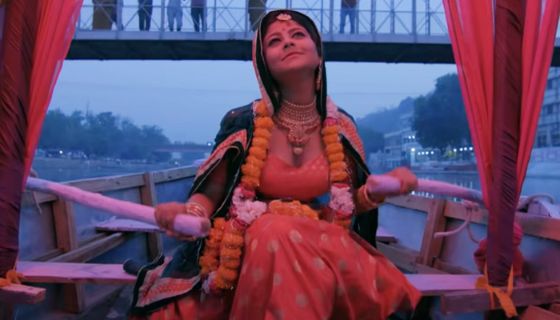 On several OTT platforms, hot web series material is blooming. Web series in India are not restricted to classic family or love themes; new-age narratives and twisted plots have made them interesting to watch. In addition to Family online series, Indian youths are particularly fond of Hot web series. These web series’ content contained some bold and scorching scenes, kinky fantasies, and lust stories, making them ideal for watching when you’re in the mood.

OTT services such as Netflix, Amazon Prime, and Hot Star, as well as Indian OTT applications such as Alt Balaji, Prime Flix, Fliz, Sony Liv, and Ullu, are all streaming the Bold online series to attract new customers. These online series are referred to as Adult Web Series or 18+ Web Series.

These online series have everything from bold lines to new generation fantasies to Desi romance. However, be warned that you will not be able to view them with your family or children. We’ve compiled a list of the best Indian web series available on Netflix, Alt Balaji, and other OTT platforms to keep you entertained at night.

Top 15 Hot Web Series To Keep You Up At Night:

The wedding couple was urged by a doctor to try new things to spice up their sexual dreams and encounters. However, the guy goes insane, and the girl flees. Will they make amends?


Netlfix’s Elite Drama is remade in Hindi. This online series depicts the lives of high school students, including their relationships, errors, love, and desires.


A portrayal of the lives of four female friends. This online series depicts several facets of the life of a woman. Everything is there, from love to sex romance to betrayal.


The first name that comes to mind when we think about hot web series is Alt Balaji’s Gandi Baat. Gandi Baat is a web serial that has six seasons. This web series, directed by Ekta Kapoor, shows today’s sex life in a Desi and Bizzare style.


Alt Balaji’s Hai Taubaa is a collection of intriguing stories. It throws light on some of the social taboos that still influence our daily lives, such as homosexuality, bisexuality, and others. Three seasons have been released so far.


Tarun Prabhu works as a social media marketer and influencer. But his real life has so many ups downs. This online series is a binge watch, including everything from his sexual difficulties to his professional struggles.


The Ullu platform is known for producing popular web series. Kaneez is a typical family drama with strong visuals and mature humor. One of Ullu’s most popular web shows.


This Prime Flix hit online series follows five elderly pals who seek to have fun in their golden years. However, witnessing their age interfere with their ability to conquer what they will accomplish is entertaining.


A romantic comedy for adults with a dash of love, lust, and romance.


Two males have a Romeo and Juliet-like connection in this hot web serial. Romil, a Punjabi playboy, and Tam-Brahm Jugal, a bashful Punjabi girl, battle their family and society to show their love.


The first ever small screen debut was directed by Imtiaz Ali. As an undercover spy, a lower middle-class female police officer tests all of her limits. This Netflix Hindi web series is notable for her outstanding performances as a cop, a prostitute, and an undercover agent.


This online series follows the lives of three infamous buddies. They are single and desperate to meet new people. The plot becomes choppy as three girls enter their lives.