For HBO and HBO Max, House of the Dragon has been a smashing success. George R. R. Martin, who is also executive producing and contributing to the writing of the series, also wrote the novel Fire & Blood, which served as the basis for the Game of Thrones prequel.

Although season 1 is only halfway through, viewers anticipate season 2 to have a lot more drama and material. Fans of the Game of Thrones and House of the Dragon universes should anticipate the best from season 2 thanks to an outstanding writing staff and an incredible ensemble cast. 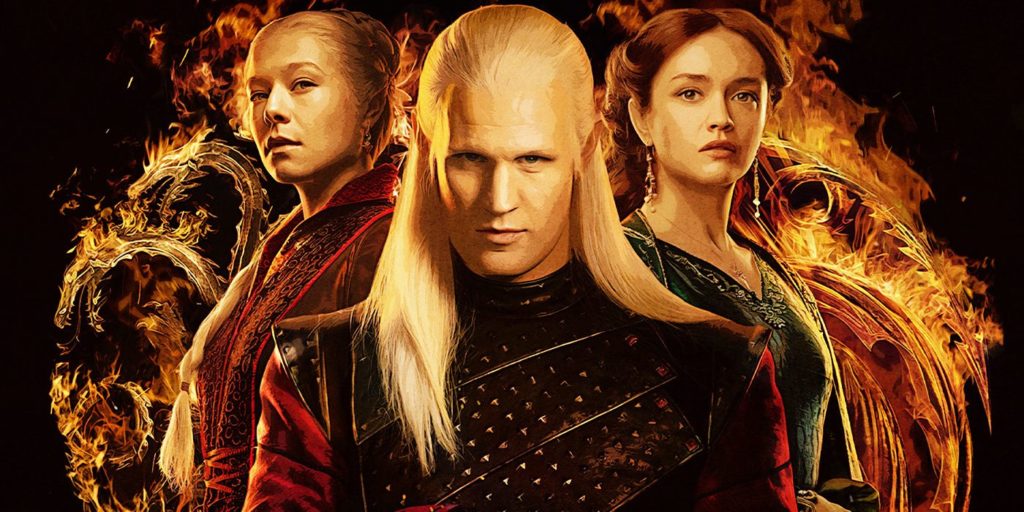 The House of the Dragon cast and character guide for Season 2 of the show August 21, 2022, was the debut date. The show is the first brand-new HBO series to be available for 4K and Dolby on HBOMax. With scores on Rotten Tomatoes exceeding 85%, the episodes were released to largely favourable reviews.

Additionally, the first night’s viewership was close to 10 million, while the most recent programme saw 25 million people. HBO confirmed that House of the Dragon would return for a second season five days after the programme premiered. 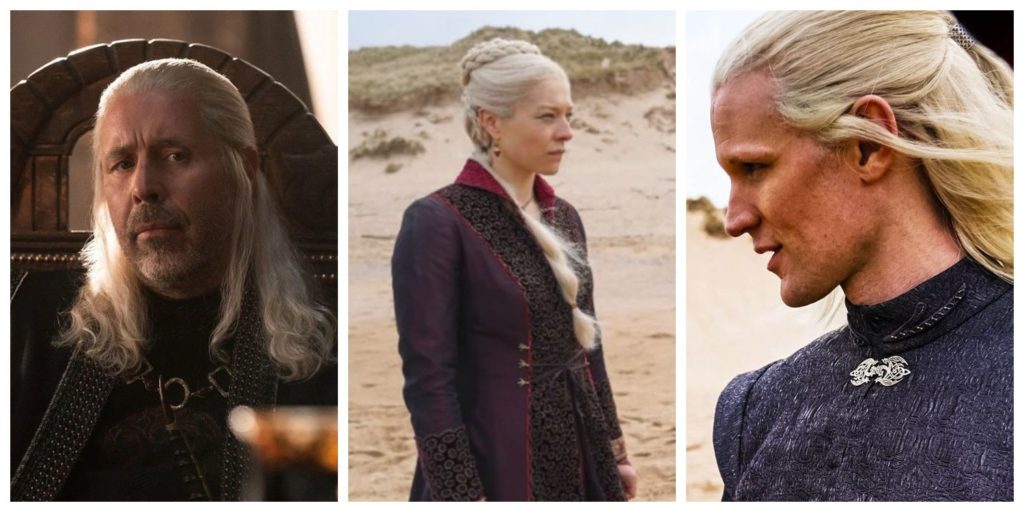 Fans can anticipate Emma D’Arcy, Olivia Cooke, and Matt Smith to reprise their roles as an adult Princess Rhaenyra Targaryen, an adult Lady Alicent Hightower, and an adult Prince Daemon Targaryen, assuming season 2 does not involve a significant time jump like the one in season 1. However, how they fare at the end of the first season will ultimately determine this. 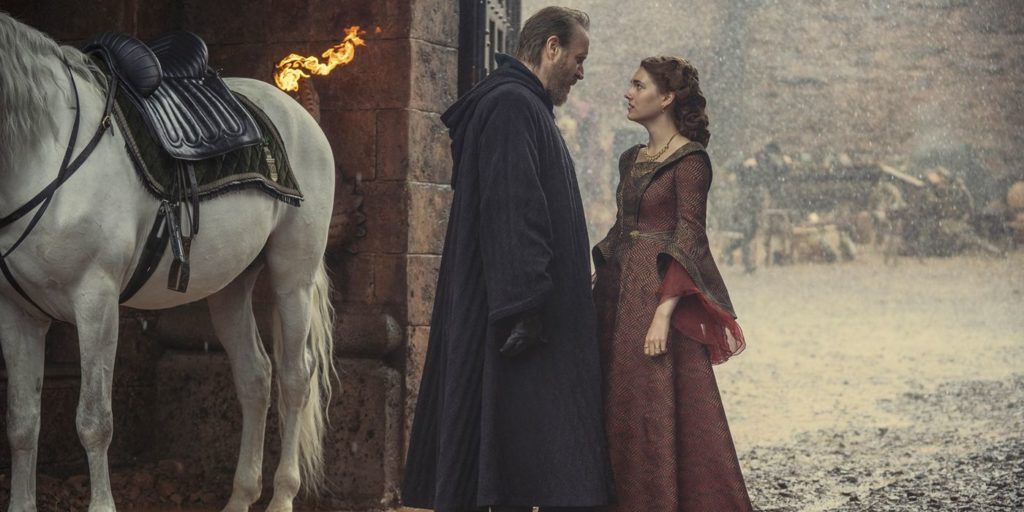 Season 2’s premise is still mostly a mystery. Fans should anticipate that the writers will stick to the book that served as the show’s inspiration, although at this time, nothing is known for sure. 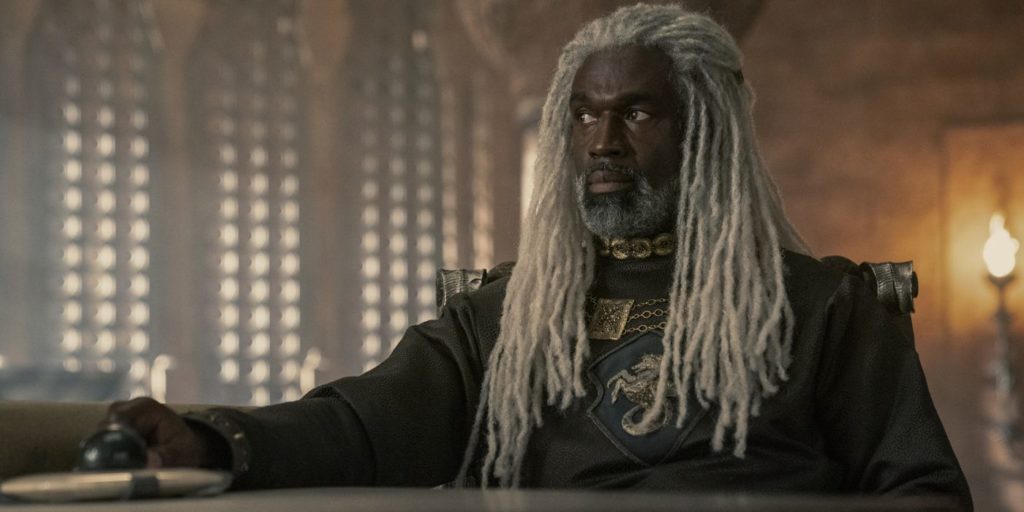 Other than expressing their enthusiasm and support for the second season, the production crew has not made any firm statements about the future of House of the Dragon.

Most recently, after the first season, Miguel Sapochnik, one of the showrunners along with Ryan Condal, completely quit the production group. There is now only one showrunner for House of the Dragon. 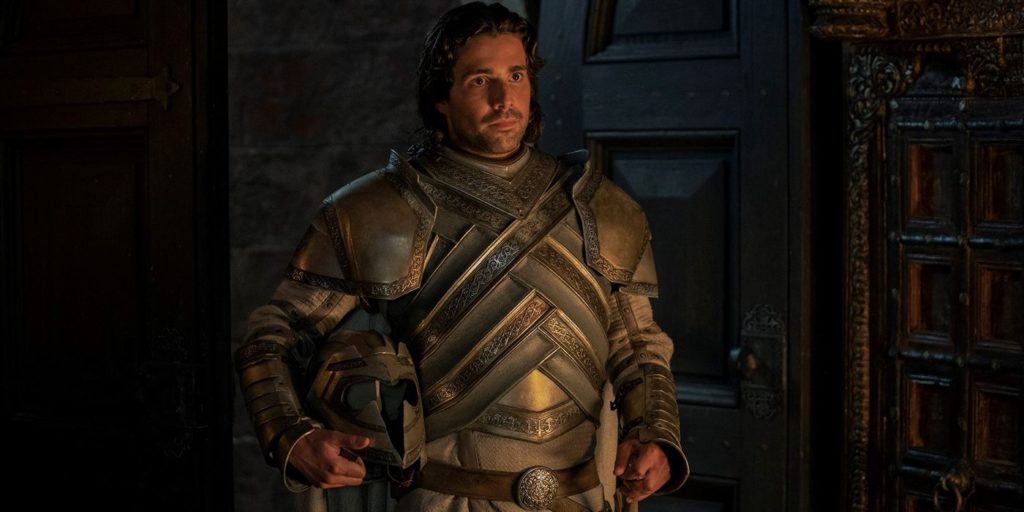 The cast has been pretty outspoken with their thoughts and sentiments regarding season 2. Actress Eve Best said they believe they have a general concept of where the show may go, both in terms of following the book and not.

Actor Fabien Frankel revealed in the same piece that Sapochnik had sat him down and teased that there is a particular person he should spend more time with in order to get ready for season 2. It was never made clear who that individual was. The homecoming of Ser Criston Cole and Princess Rhaenys Targaryen has already been confirmed by fans.

What Does the Book Say? 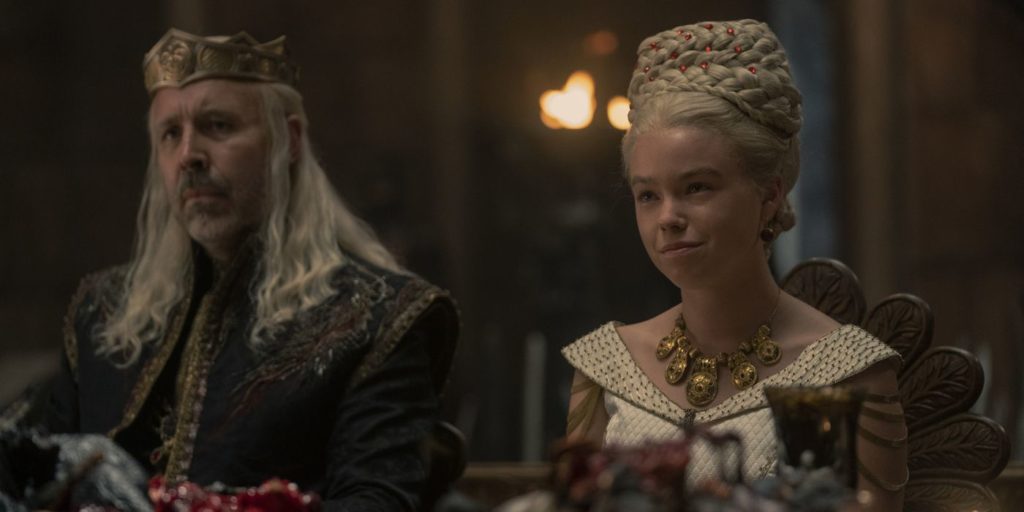 The Targaryen dynasty, which formerly ruled Westeros with the most influence, is chronicled in the novel Fire & Blood, on which House of the Dragon is based. The Dance of the Dragons, a civil war between Rhaenyra and her half-brother Aegon, is described in the “The Dying of the Dragons” chapter, which the first season appears to follow.

It is unknown at this point in season 1 if the show would wrap up the civil war storyline and then focus on Aegon III’s (Rhaenyra’s son) rule or leave viewers hanging and prolong the narrative.

Has George R.R. Martin made Any Comments? 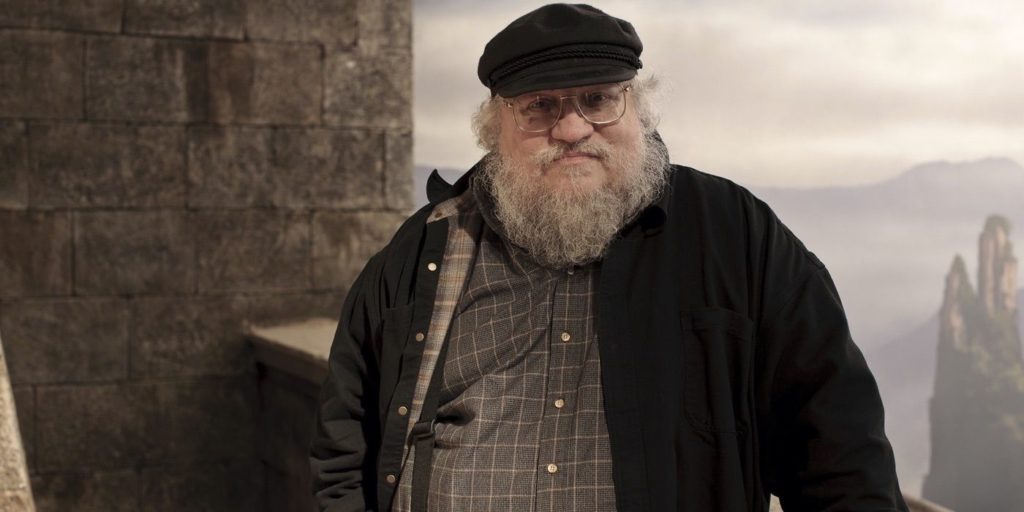 Game of Thrones and House of the Dragon were both created by George R. R. Martin. His best-selling book series A Song of Ice and Fire served as the basis for the HBO craze.

He is a creator and producer of House of the Dragon, however he hasn’t yet released any formal statements about season 2.

HBOMax and the Fate of Streaming 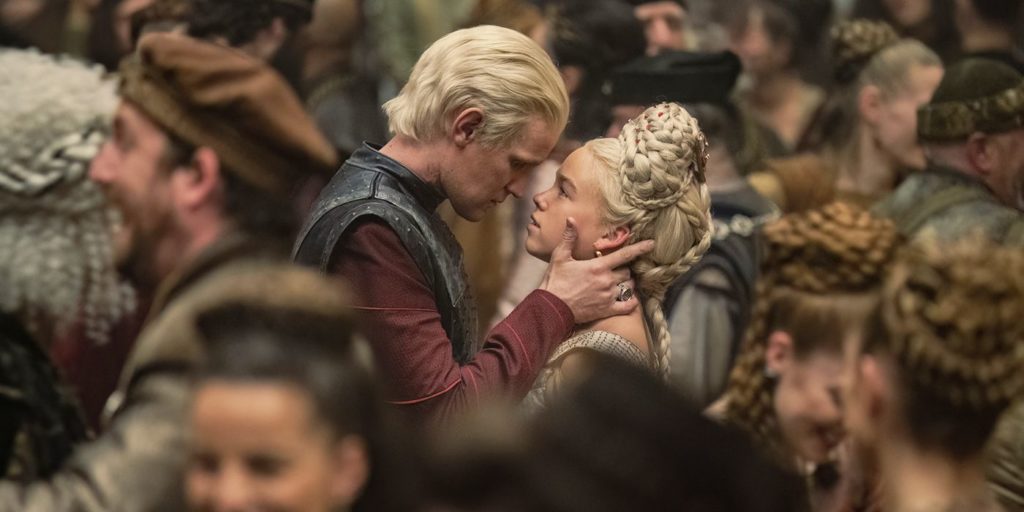 To be clear, while House of the Dragon is not an HBOMax Original, the clumsy merger of the two streaming services has no effect on it. 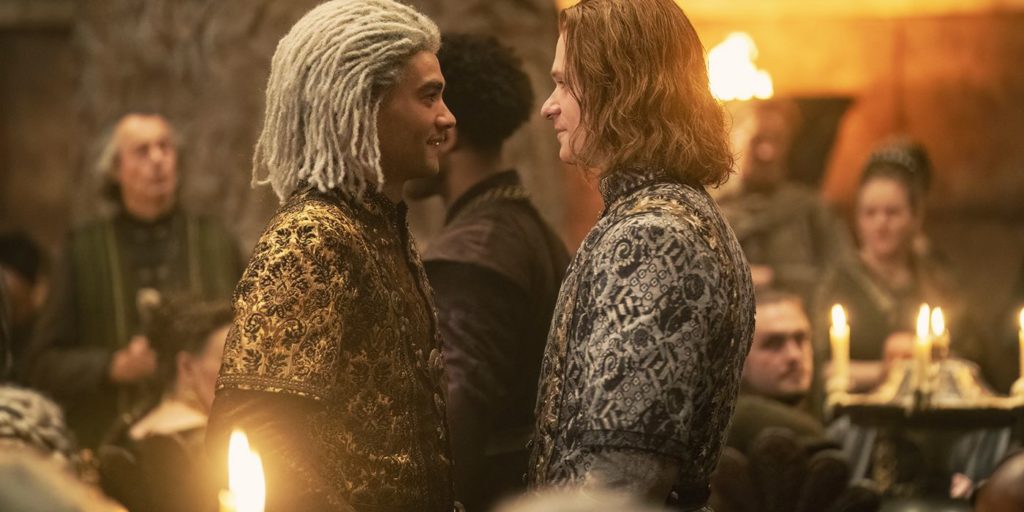 There is virtually no expectation or prediction for how season 1, let alone season 2, may end based on the first half of the season.

But it’s reasonable to suppose that the Targaryens will still be involved in a bloody conflict at the start of season 2. As a result, a distinct plot will be developed right away.

When Will Season 2 Be Released 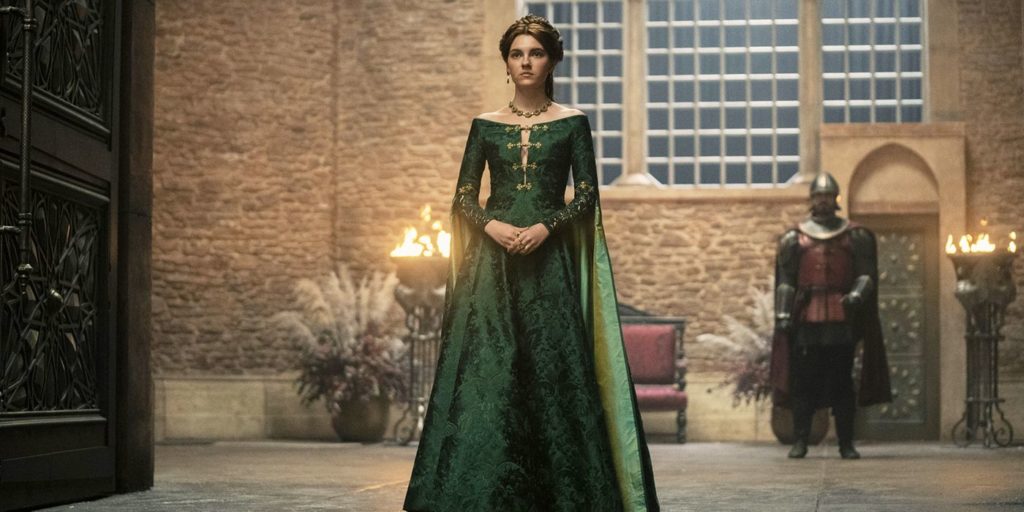 Season 2 won’t likely be available for people to watch for two or perhaps three years given that season 1 is now airing once a week.