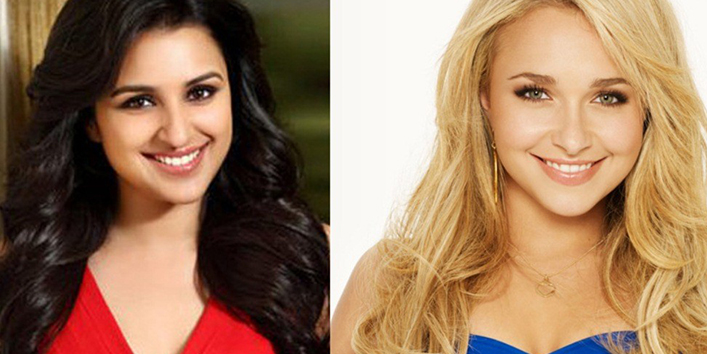 People say that each of us has up to 6-7 look-alikes around the world. Although we can’t verify the math behind the calculation, it’s probably the way homo-sapiens have evolved or our geography. We can safely assume that the probability of a look-alike or doppelganger is pretty high.These Indian celebs and their foreign lookalikes look so identical, that they might even be related! 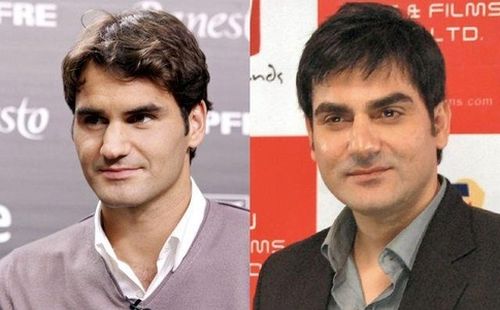 They are probably the most popular lookalikes in India. Everytime Federer performs well, people start sharing Arbaz Khan’s picture to congratulate him. 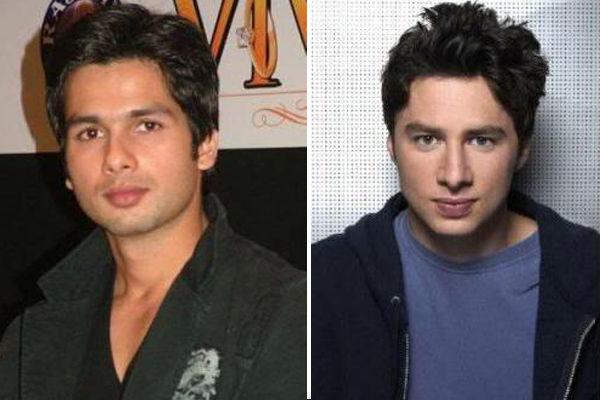 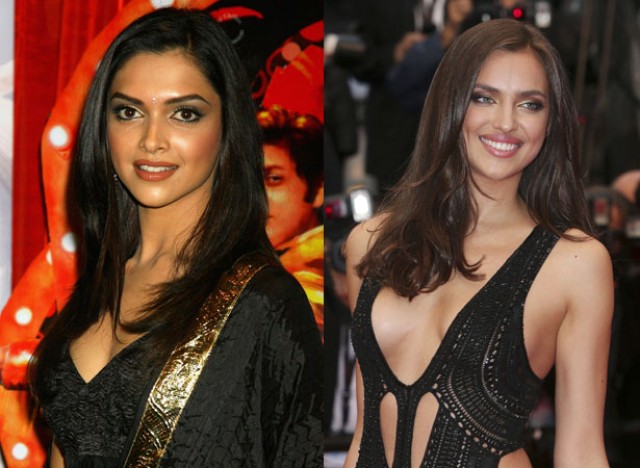 Bollywood leading lady Deepika Padukone bears a resemblance in her graceful features with Russian swimsuit model known for her appearances in the Sports Illustrated, Irina Shayk. 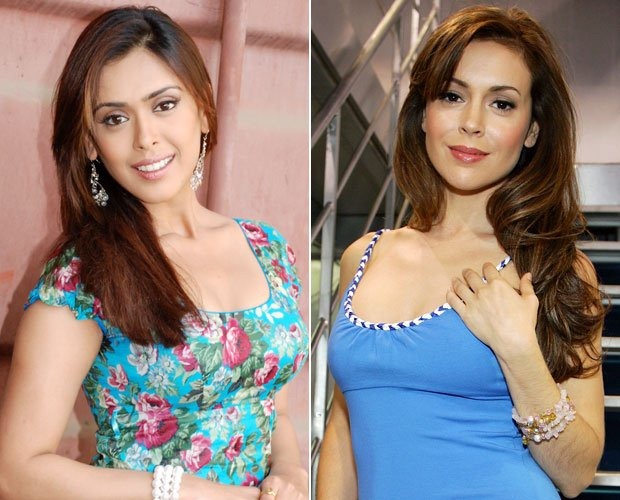 Although actress Hrishitaa Bhatt’s Bollywood career didn’t pan out as she would have expected, her doppelganger, Alyssa Milano is a successful American sitcom actress popular for her roles in the shows like Who’s The Boss 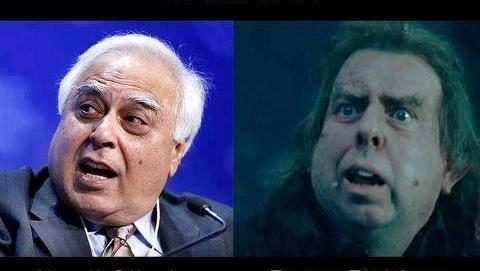 It’s a funny moment when a prominent Indian politician looks exactly like Peter Pettigrew from the Harry Potter movies. 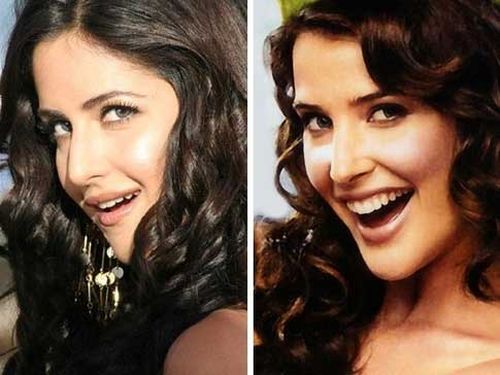 What do our Indian barbie doll, Katrina Kaif and star of popular American sitcom How I Met Your Mother, Cobie Smulders (aka Robin Scherbatsky) have in common? Their FACE! 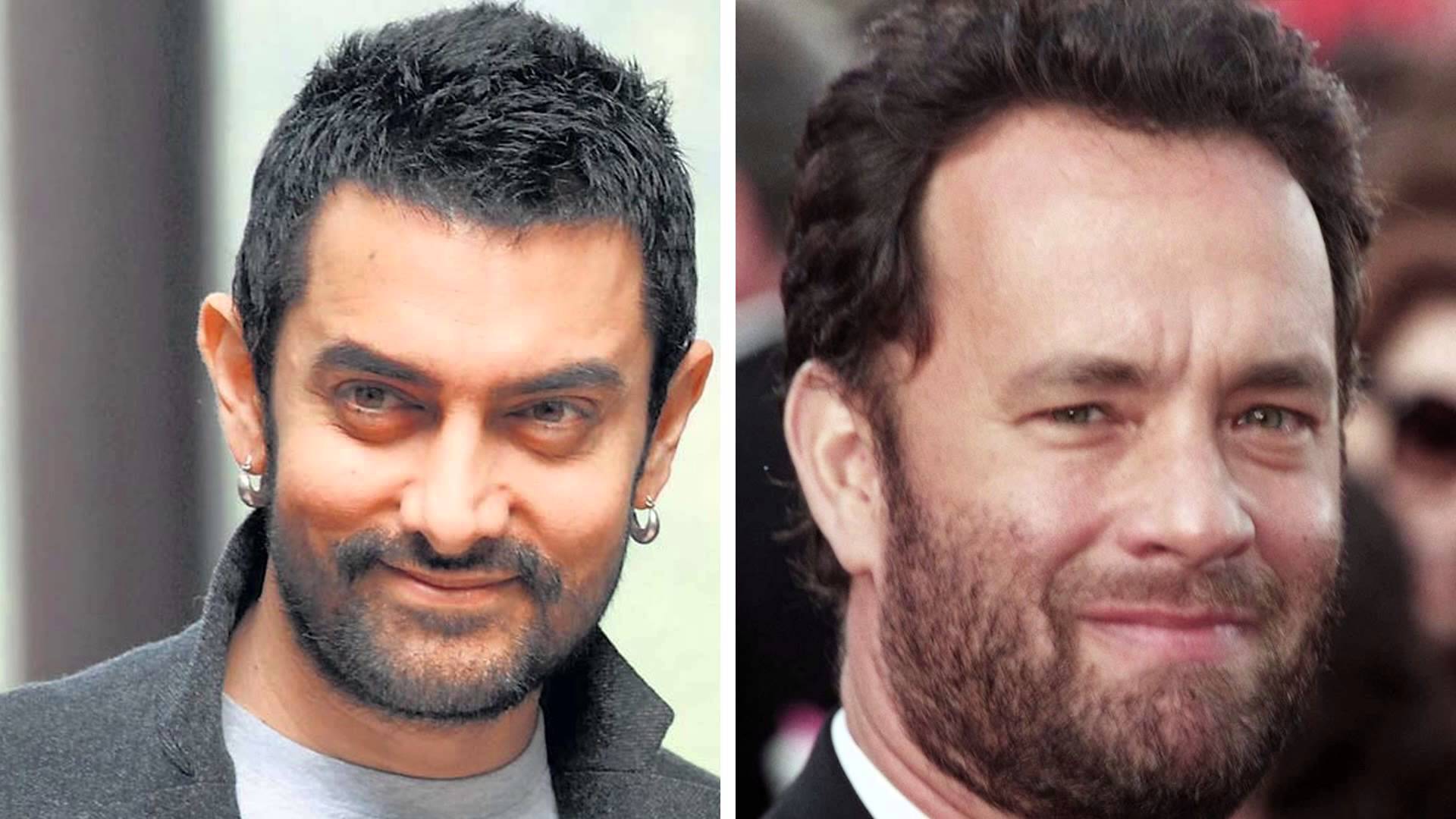 No wonder Aamir Khan is known as the Tom Hanks of India. Both his method acting style and appearance closely resemble this famous Hollywood actor.

You know all Parineeti has to do is go blond and she can pretty much take the place of Heroes star Hayden Panettiere in the US. 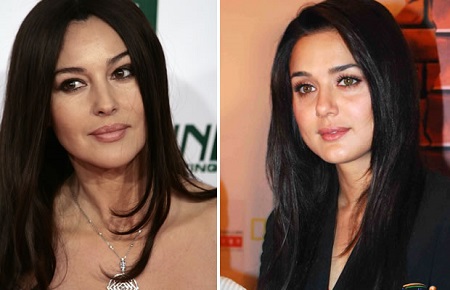 Minus those iconic dimples Preity Zinta looks a lot like Italian model and actress of the Matrix series fame, Monica Bellucci. 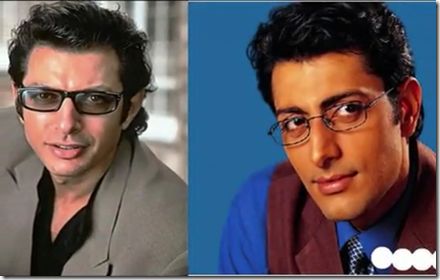 It’s a shock that Priyanshu never made any lasting impression in Bollywood, whereas his Hollywood counterpart, Jeff Goldblum is a popular actor and theater personality who appeared in movies like Jurassic Park and Lost World. 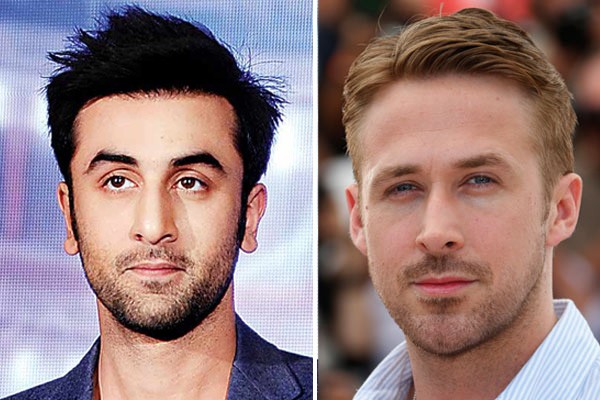 Ranbir Kapoor and Hollywood heartthrob Ryan Gosling (of The Notebook fame) have a lot of things in common, both have a gorgeous face that makes women swoon across continents, and both are brilliant actors. 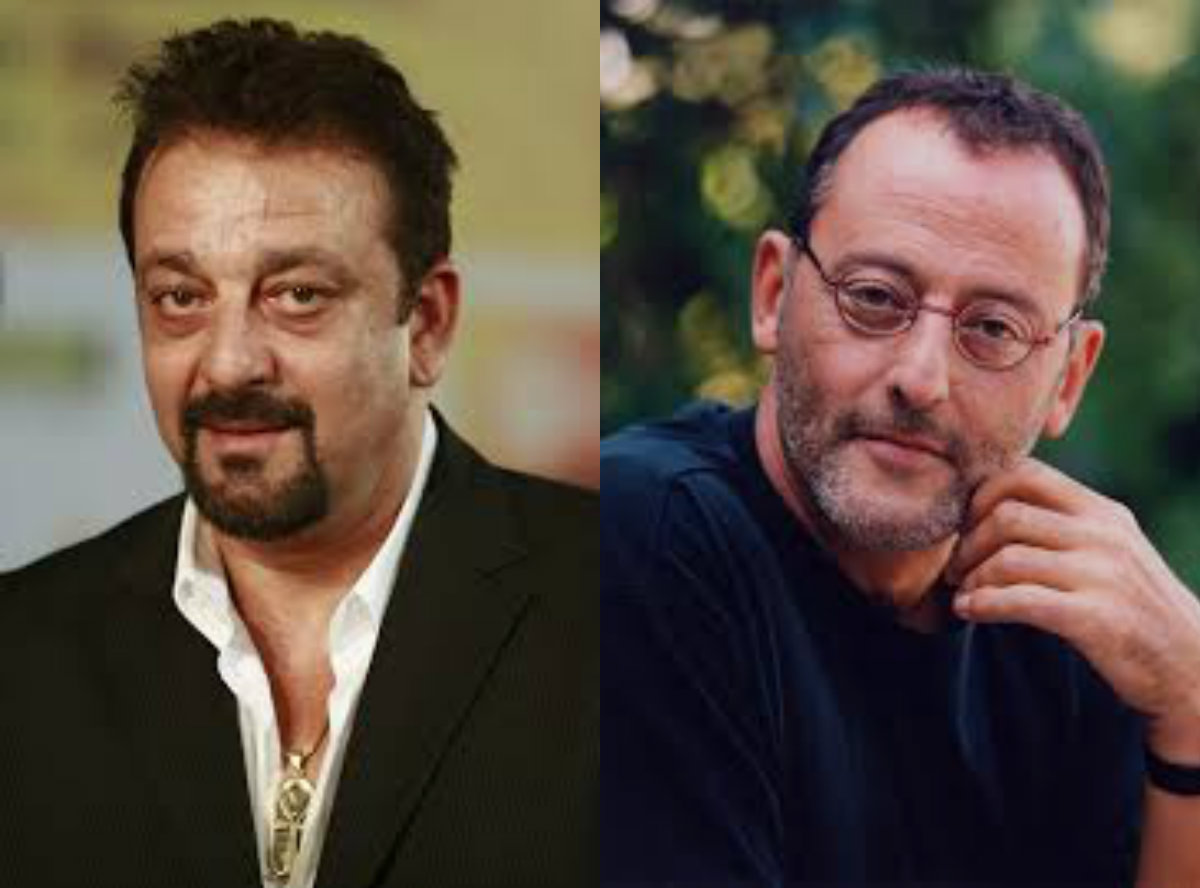 The same brooding eyes, the same receding hairline, our Sanju baba sure has a lot in common with French actor Jean Reno. 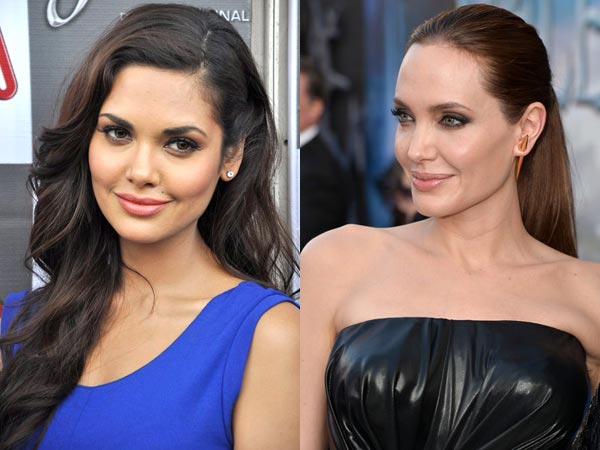 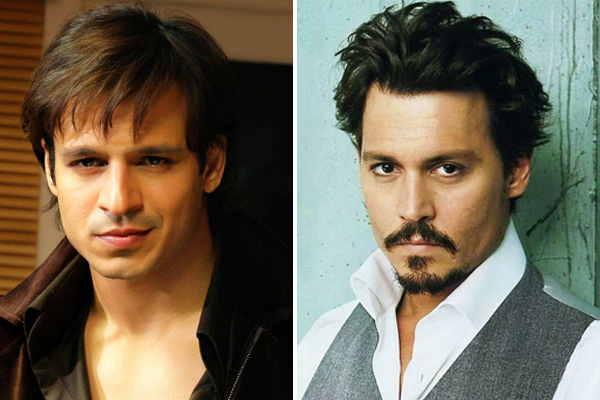 Just slap on some facial hair on Vivek Oberoi and he looks just like Hollywood Superstar from the Pirates of the Caribbean movies – Johnny Depp. 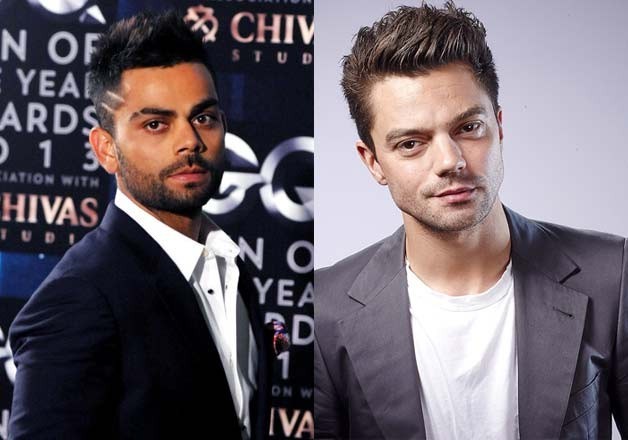 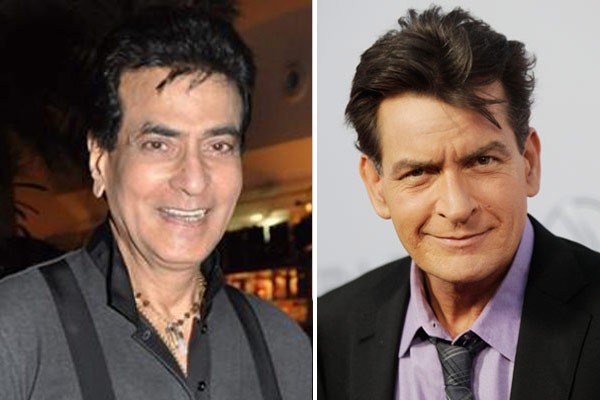 With their identical features, Jitendra and Two And A Half Men star Charlie Sheen could be related. Can someone look into that, please? 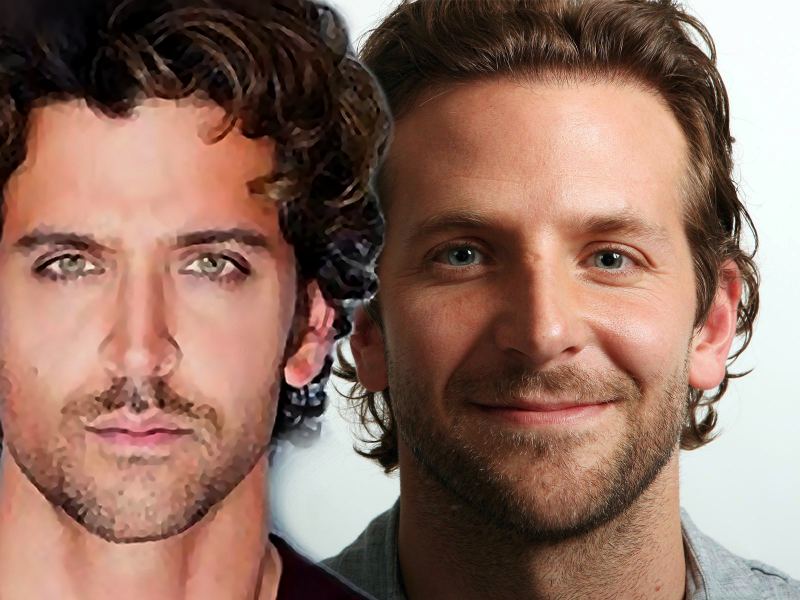 And keeping the best one for the last, our gorgeous actor Hrithik Roshan could be a carbon copy of Hollywood superstar of the American Sniper and Hangover movies fame, Bradley Cooper. Same light eyes, same long nose and same expression! 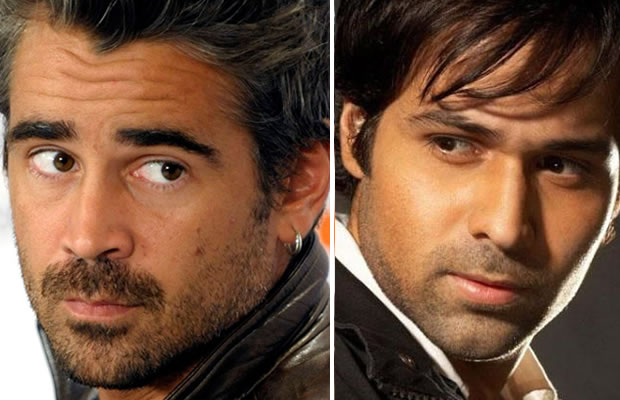 Who else has a doppelganger?