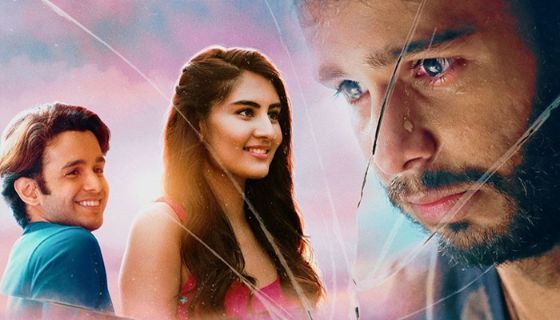 Indori Ishq is an Indian online series that will premiere on MX Player on June 10th, 2021. The thriller’s director, Samit Kakkad, is a crime-action-drama director. Additionally, the producers are Durgesh Ashok Gupta and Gautam Talwar, with Kunal Marathe serving as the writer. Ritvik Sahore is also a major character in the show. In addition, the series is accessible in Hindi and English.

Kunal, a twelfth-grader, is the protagonist of the MX Original series Indori Ishq. When Kunal proposes to his lover Tara, the storyline takes up and their love story begins. Kunal leaves Indore after finishing high school and enrolls at a Naval College in Mumbai. Furthermore, Kunal’s life had been nothing short of a fairy tale until he discovered his sweetheart was betraying him. It eventually breaks his heart, and he becomes a chain smoker and alcoholic as a result.

Indori Ishq may sound like a typical plot, yet it is completely different in execution. Ritvik takes the lead in the film and depicts a strong persona. Furthermore, his acting abilities are on par. Furthermore, it maintains your interest throughout the series. Aside from him, Vedika Bhandar as Tara, Dheer Hira as Ritvik’s friend, and Aashay Kulkarni as Ritvik’s friend all do an excellent job. Finally, Reshma, who plays Donna, a bar dancer, plays an important role in turning Kunal’s life around. In general, the story is about a relationship’s faithfulness and dedication. In addition, if you enjoy love stories, this one will stimulate your curiosity.