No one could have guessed the story twist. Fans of the reality series “19 Kids & Counting” were shocked to learn in 2015 that Josh Duggar, the family’s eldest child, was under investigation for allegedly sexually assaulting five girls, four of whom were his own sisters. In a Fox News interview, Josh’s parents and two of his sisters attempted to minimise his behaviour by claiming he was just “interested” and assuring the public that he had changed his ways.

However, he hadn’t. Josh was detained in April 2021 when Homeland Security authorities searched his used car lot and seized his laptop and work computer (via People). When the matter proceeded to trial, Josh was found guilty of receiving and having materials containing child sexual abuse that December. The Arkansas judge sentenced him to 151 months, or slightly more than 12 years, even though he might have received a 20-year sentence (via The U.S. Sun). According to TMZ, Josh is currently incarcerated in a federal prison in Texas where the rules are even stricter than they were when he was a kid.

Josh’s legal team appealed the verdict on a number of different grounds in an effort to reduce or reverse his sentence. The American government responded on November 22, 2022, and the Duggar son wasn’t quite pleased with what he learned. 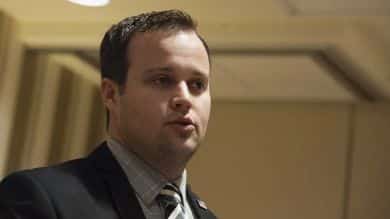 Despite the fact that many believe Josh Duggar received a just penalty for his heinous acts, there are still supporters of Josh Duggar. His mother, Michelle Duggar, begged the sentencing judge for a light term so that he could get back to living with his family in a letter of clemency. In October 2022, his attorneys filed an appeal on his behalf, contending that Josh’s employee Caleb Williams had actually downloaded the offensive pictures.

The U.S. government responded to the appeal on November 22, 2022, effectively rejecting the defense’s arguments. “Duggar’s claims uniformly lack merit, and the district court’s judgement should be affirmed in its entirety,” KNWA said in a detailed account of the government’s findings. Williams was referred to as “Duggar’s scapegoat” and said he “could not possibly have committed these offenses,” according to the 48-page response. The claim that Josh’s Fifth Amendment rights were infringed upon during his arrest was also refuted because Josh had signed a document waiving his Miranda rights.

The conclusion made by the government was unequivocal: “Ample evidence established that Joshua Duggar downloaded child sexual abuse material on a partition he set up, using his recurring password, on his computer, in his office, and on the premises of his car lot… Any sane jury would have still found Duggar guilty.