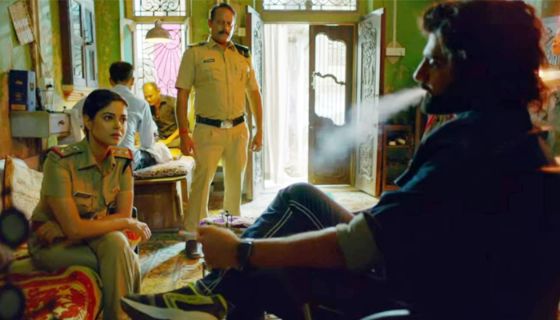 Kamathipura is a Hindi criminal drama that will premiere on DisneyPlus Hotstar on March 8, 2021. The online series is directed by Sharavan Kumar, and it is funded by Raju Rai Singhania. Vision Movie Maker is also the production banner. In addition, it is available in both Hindi and English.

The plot is set in Mumbai’s notorious red-light district, where young girls are assaulted and murdered. Furthermore, the series revolves around the investigation and pursuit of a serial murderer on a deadly goal. Aditi (Meera Chopra), a female cop, works tirelessly to apprehend the suspect. However, she has no idea what the real challenge is.

Looking at the harsh and raw reality, Kamathipura may cause some discomfort. It is, without a doubt, the harsh reality that is erupting in society. The plot is engrossing and intriguing. Furthermore, the performers’ outstanding performances immerse you in the story. However, the next step could be to improve the direction. Overall, the web series’ narrative and action are commendable. To top it off, the suspense keeps you on the edge of your seat until the very end. So, watch it and let this thrilling-drilling mystery fulfill your soul!!